This event always looks so awesome.

“In its 5th anniversary year, the Berliner Fahrrad Schau has established itself once and for all among exhibitors and audiences as a contemporary and influential trend show for urban bicycle themes, racing, bicycle accessories and bicycle fashion, and has already set a course for the year 2015. Next, the trade fair will be part of the planned multi-day Berlin Bicycle Week.”

Ucon and 8Bar Bikes got together recently to take the concept of creating a ‘featherlight’ track bike to the next level. Personally, I think this came out great! I really love the paint and the details down to the collaboration caps and straps. The video is a little long, but you get the idea.

Check out more photos of the bike and the process below!

I’m so pumped on this!

“Zak’s racing career began as a courier in Pittsburgh, competing in local courier races, twice winning the North American Cycle Courier “Track King” title. He segued into racing on the velodrome and worked his way through the ranks quickly.

Zak still works occasionally as a courier, but his main focus is on moving up to the next level in his racing career. His dream until a year ago? Racing pro six days in Europe. Then in 2013 the all-but-forgotten art of steher racing had a little yankee flavour added during the 102nd Berlin Six Day when reining US omnium champion Zak Kovalcik competed in the high-speed niche event.

And we’ve been lucky enough to follow him during this amazing week in Berlin. ”

Domestiques Berlin organized a night ride through the streets of Berlin with a group of fifty riders and put together this extremely rad video! Check out more on their Tumblr and Facebook!

The track bike criterium is a rapidly-growing event worldwide and over in Berlin, there’s a new fixed gear crit training series called Crucial Crit. Photographer Constantin Gerlach was on site for the first day of racing, documenting it all. See more here!

Here’s a nice one from Met Helmets:

“Zak’s racing career began as a courier, competing in local courier races, twice winning the North American Cycle Courier “Track King” title. He segued into racing on the velodrome and worked his way through the ranks quickly.

Zak still works occasionally as a courier, but his main focus is on moving up to the next level in his racing career. His dream until not long ago was to race pro six days in Europe…”

…and I can’t wait to see the whole thing!

I can’t even begin to get through all the emails I’ve gotten for new videos over the past few days, so here’s a Video Dump with a few more below for your viewing pleasure…

Sorry for the lack of posts over the past few days, I’ve been in bed with a stomach bug. Needless to say, I don’t think I’ll be craving BBQ for a while.

ANYWAY, check out this video from Pelago!

“In the end of February 2013, we took our bikes, rode them into a boat and headed from Helsinki to Berlin to set up our temporary shop in Brunnenstrasse 156 and to participate in the Berliner Fahrrad Schau. The boat took us to Rostock and from there we cycled through Sietow and Neuruppin to reach Berlin.” 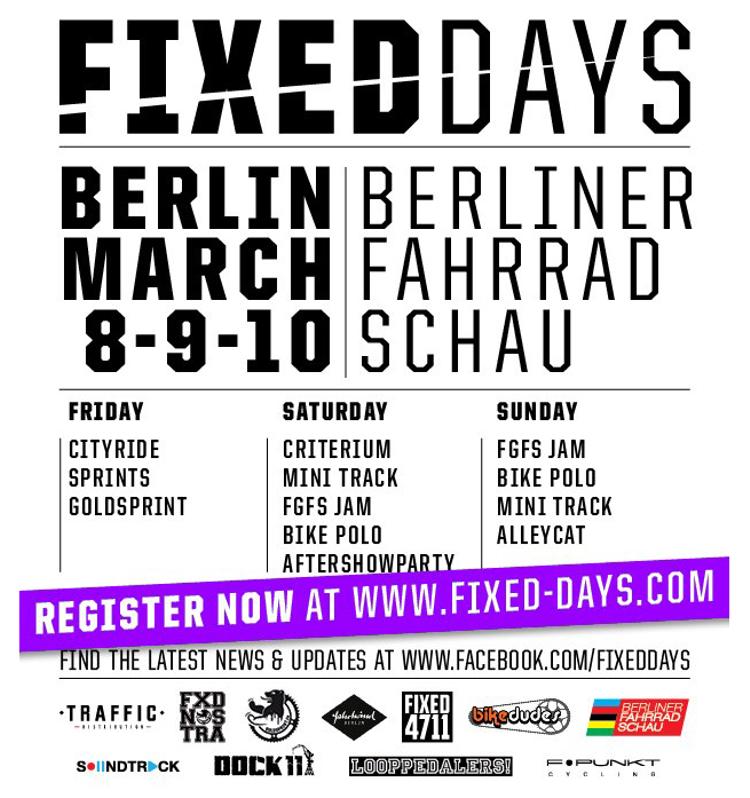 No one will argue that the best way to see a city is by bike and that’s what Charge is promoting in their newest video. This one in particular was shot in Berlin on a Scissor FGFS.