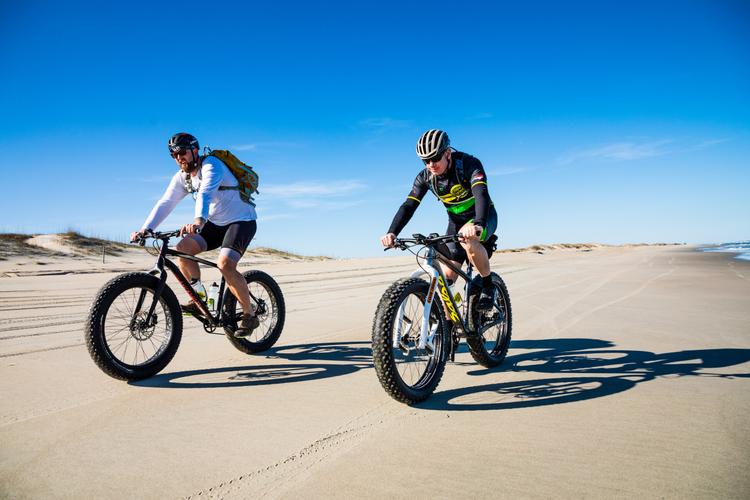 In the deep sand, the bikes don’t seem to operate in accordance with the normal laws of bicycle physics. Turning right might send you left. Turning left may hold your line. And doing either, at any moment, can send you flying. And while falling off your bike on soft beach sand hardly hurts, you still feel like an idiot as you remount your bike while the kite flyers, frolickers, and shore fishermen lining the beach look on. 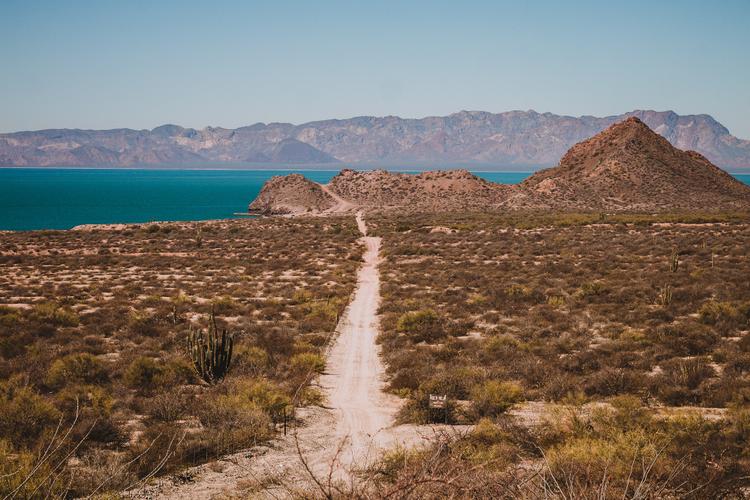 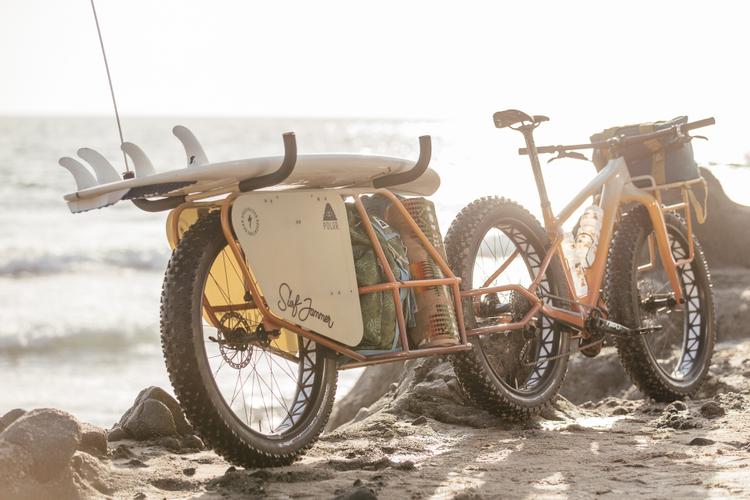 While fatbikes might be at home in wintery environments and locales where it snows more than the sun shines each year, over time these strange bicycles began to migrate to sandy regions. From the Mojave to the Oregon coastal dunes, fatbikes have spent a fair amount of their short-lived existence on Earth shredding sand. With their high volume, low pressure tires, suddenly you can pedal for great distances through thick sand. Something not really possible on a bicycle prior. Visit any beach town, especially one with a high influx of tourists and you’ll find some janky fatbike sitting next to a beach cruiser and soft top surfboards in the rental fleet.

That’s not what’s going on here, I can assure you.