I love being alone all day, deep in remote and wild areas, reliant only on myself to move through the landscape, over difficult terrain, and in bad weather. I enjoy utilizing the various ultralight backcountry travel skills I’ve gleaned since my early twenties. And I feel immense joy when I can be efficient and accomplish goals. I’m also really afraid of the dark. Not so much of wild animals, but rather of wild weirdos who wander the woods and kill innocent middle-aged women. I know. Super unlikely. But I never sleep much at night while on solo adventures.

Mostly I have backpacked alone or solo aid climbed big walls. But I stopped climbing after a gnarly accident where a friend fell 100 feet and nearly died. I also quit backpacking because the annoying arthritic autoimmune disease I suffer from incapacitates me if I hike more than a few miles with weight on my back. Luckily a few years ago I discovered the horizontal world of multi-sport adventure travel.

And Then I Met Doom

In the fall of 2016, I hooked up with a wild eccentric desert wanderer who I might be afraid of if I randomly met him while alone in the woods and if he didn’t smile. Covered in tattoos and a “fu man doom” beard, Doom is a 24-hour single-speed hall-of-famer who rides mountain bikes, packrafts and makes a living selling his photos. He’s a cult classic type of famous guy. If you partake in obscure human-powered bike-packraft-climb explorations you know who he is. But he’s not going to meet President Biden at the Whitehouse anytime soon.

So, anyway, this odd fellow starts introducing me to the idea of these cool new sports—bikepacking, packrafting, and their hybrid, bikerafting. I wouldn’t let him teach me initially, being a bit of a stubborn, independent woman used to men telling me how to rock climb. Instead, I started riding on a borrowed bike with an insistent girlfriend, to whom I will always be grateful, and packrafting with one of the owners of Alpacka Raft – a gal whose goals include saving Alaska’s last large, contiguous landscapes and empowering women in the backcountry. 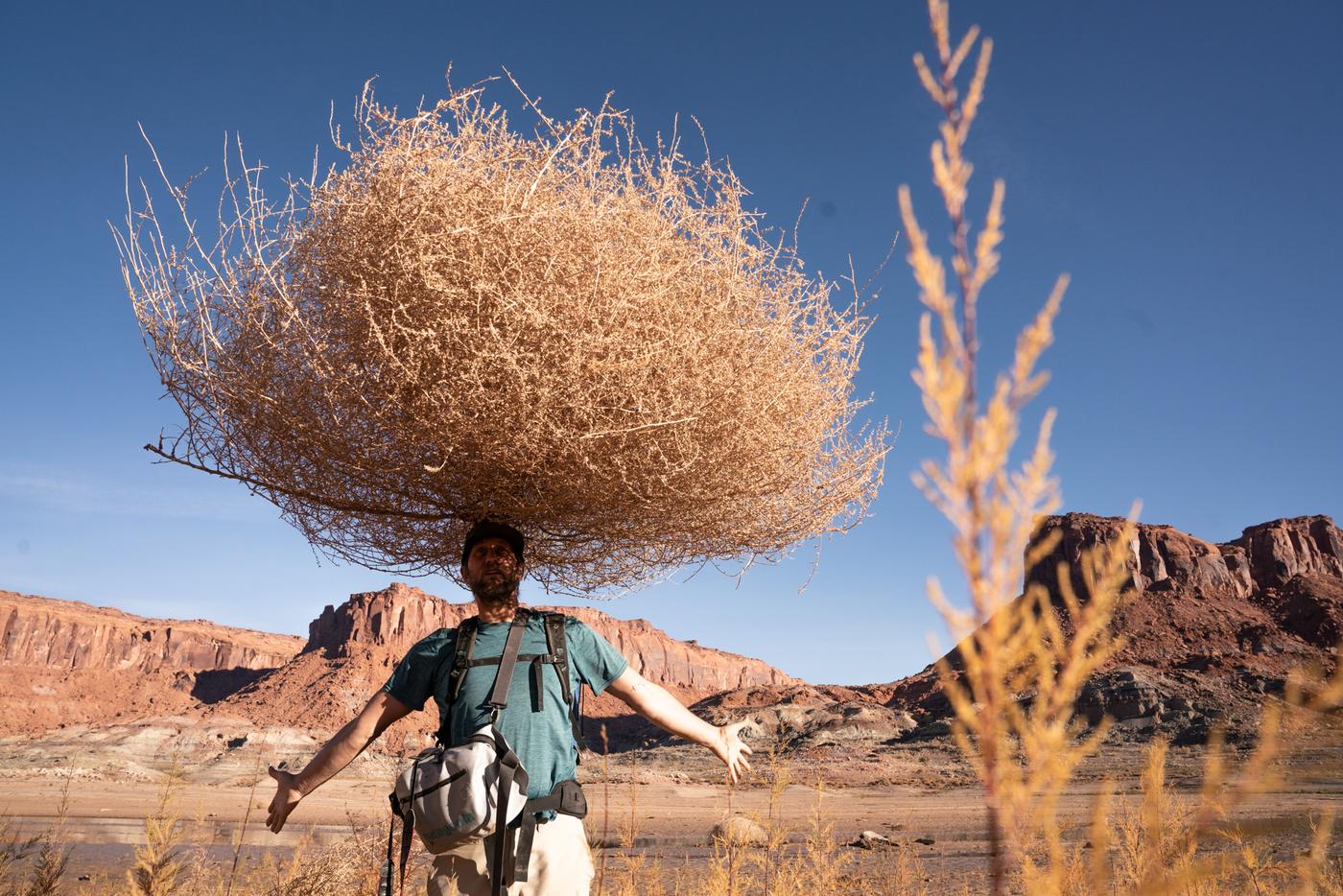 But, after watching my dear friend nearly die in a climbing accident, I quit ascending rocks, gained some humility, and asked Doom to introduce me to his world. Despite arthritis and constant pain I live with because of it, I still need to move, perpetually. That, says the doctor, is what will keep the auto-immune disease in check. I quickly discovered riding bikes and packrafting to be much friendlier on my joints. The bikes and boats carry everything. All I have to do is push, paddle, and peddle.

And I can easily outrun any scary weirdo in the woods, except Doom.

I also learned about bike bags, how to pack them and what to bring for short or long tours. I took three swiftwater rescue courses and figured out how to help others in the water and take care of myself and my gear.

And I discovered maps and GAIA GPS, OnX, and Ride with GPS. I had few skills for covering long distances over big landscapes before meeting Doom. I only knew how to find my way in alpine environments. See big rock, climb a big rock. 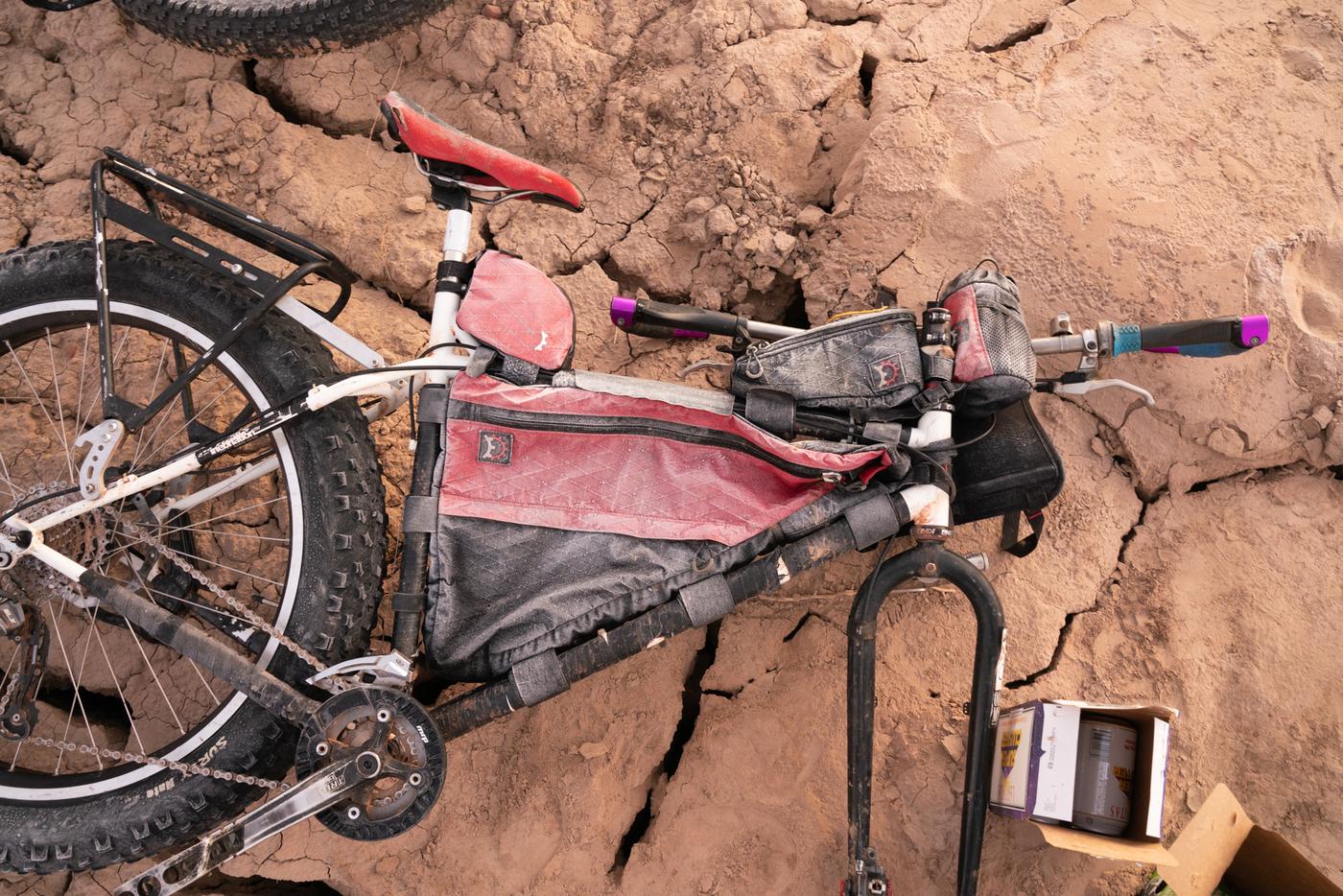 Going At It Alone

After a couple of years of transitioning away from climbing into these very different but equally exploratory adventures, I started itching for a solo excursion, just to see if I could do it.

I did a solo bikepacking trip in the Scottish Highlands that I planned for entirely on my own and that went well. I even led a semi-self-supported packraft trip on the Grand Canyon without Doom. Granted, I recruited my friend and swiftwater safety instructor, Dan Thurber, to go with us, as well as a small “big” boat that carried our poop, a blaster, and a couple of beers per person, per day. But we carried everything else we needed for 14 days in our little crafts. This trip left me feeling sufficiently confident in my paddling and cycling skills to pair the two activities on my own. 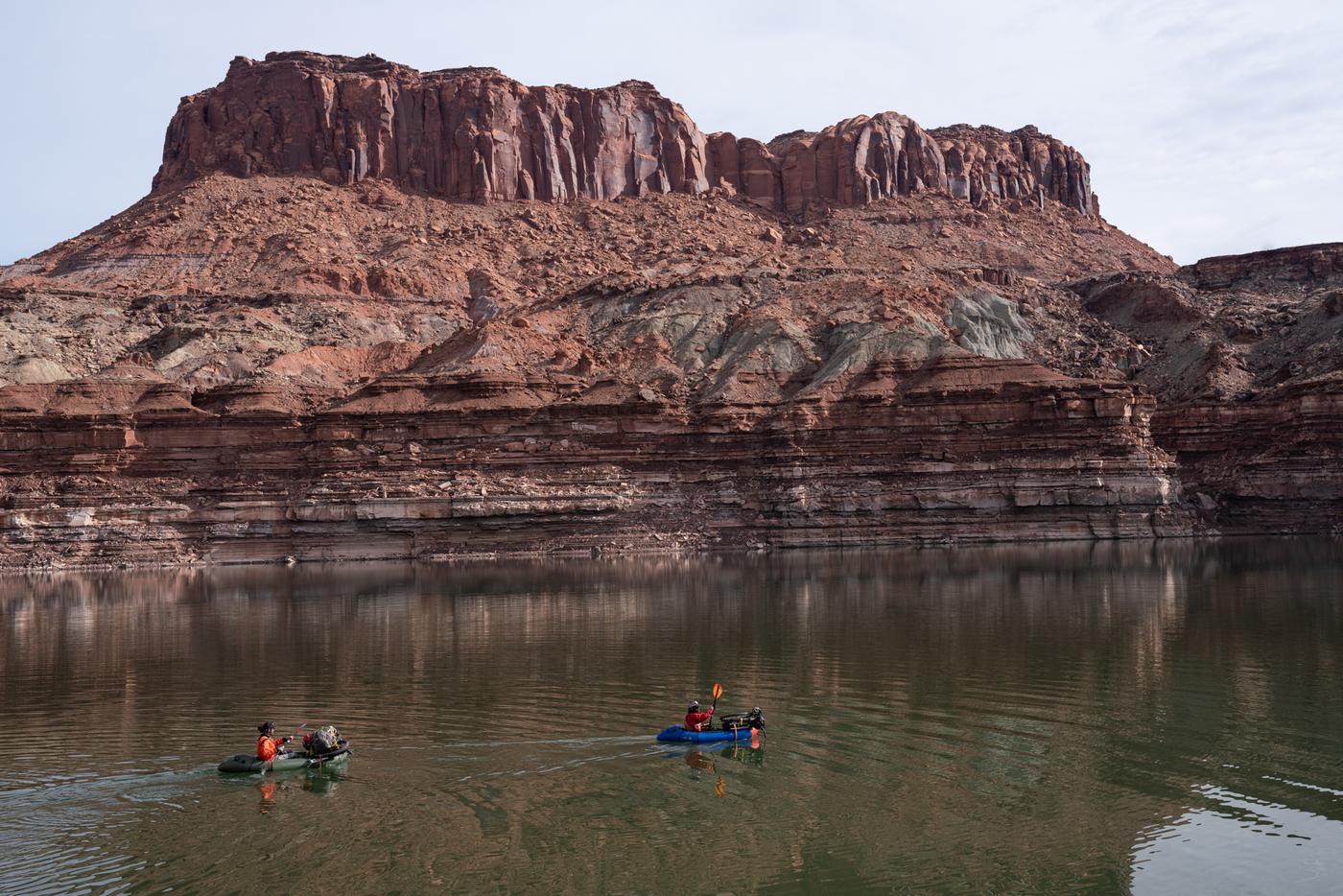 But, as a newbie to cross-country route planning, I was unsure where to start. Few recorded bike and packraft routes exist, aside from a couple, you’ll find randomly online.

A friend once postulated to me that because the sport is so challenging and the existing “classic” routes so difficult, you can’t just share GPS coordinates of most bikerafting routes. I kinda hope this doesn’t change. Insta-outdoor photographers and poop-ticket dumpers have overrun much of the backcountry in the last few years. Perhaps space can be retained that forever offers the “unknown”? Can people (mostly the white kind always hungry to conquer) set aside their desire to be the FIRST? How about we let all the routes be “new” to those who master, on their own, that knowledge of wind, water, weather, bicycles, boats, and ultralight travel!

But I can dream and, hopefully, inspire some and maybe offer tools to others to gain those skills needed to create their own bikerafting route, but not share the GPS coordinates/track. 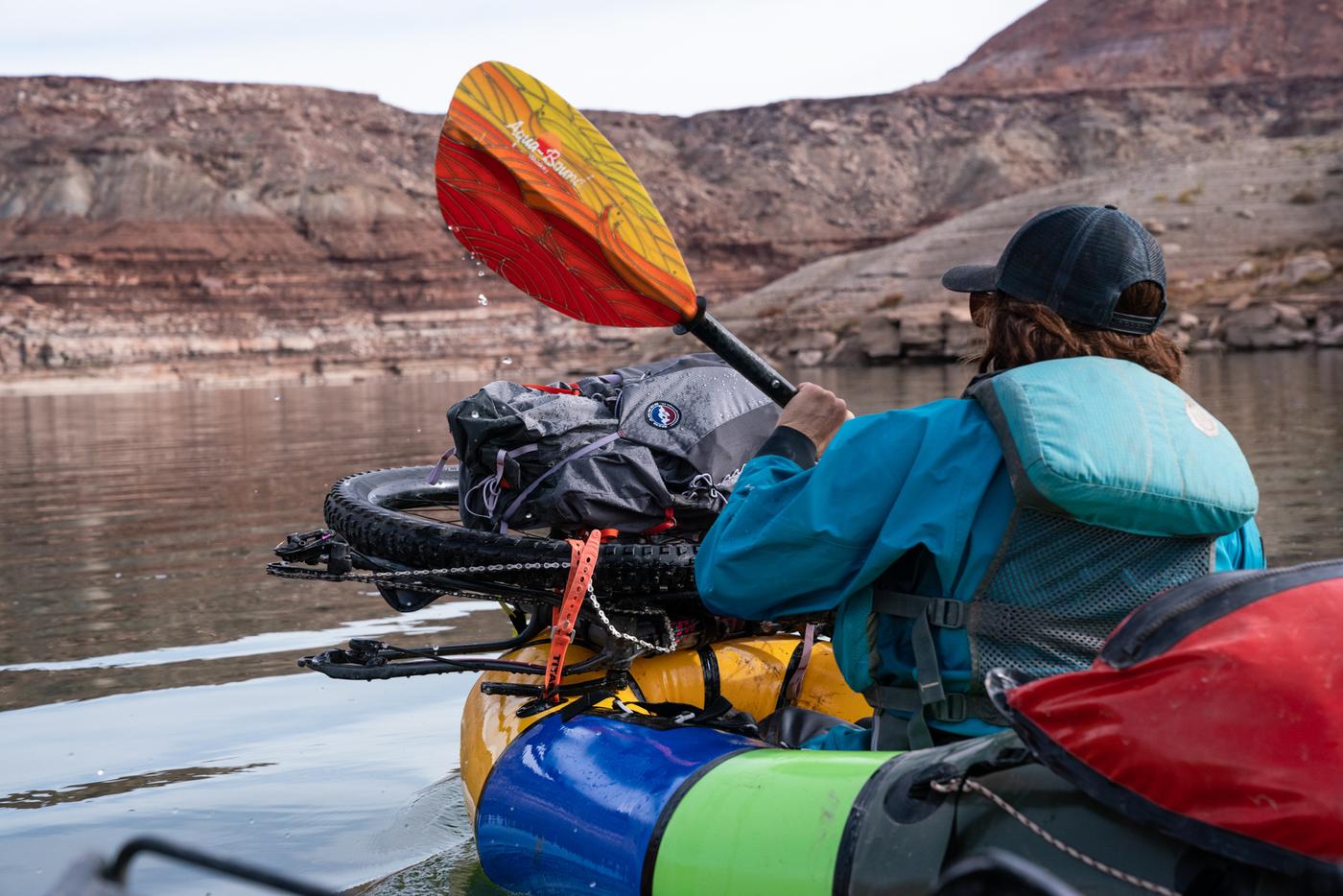 A couple of key online resources offer a plethora of bikepacking tracks, including the aptly named nonprofit Bikepacking Roots. Their goal is to develop vetted routes of all sorts, friendly for beginners and honed in for experts. Route scouts link dirt roads, single and double track with as little pavement as possible to criss-cross states and the country, ensuring local communities, private and government lands through which the routes pass are honored by riders. I love this. Repurpose old forest roads, railroad tracks, and all the unused human-slashed landscapes for bicycles. Yes! 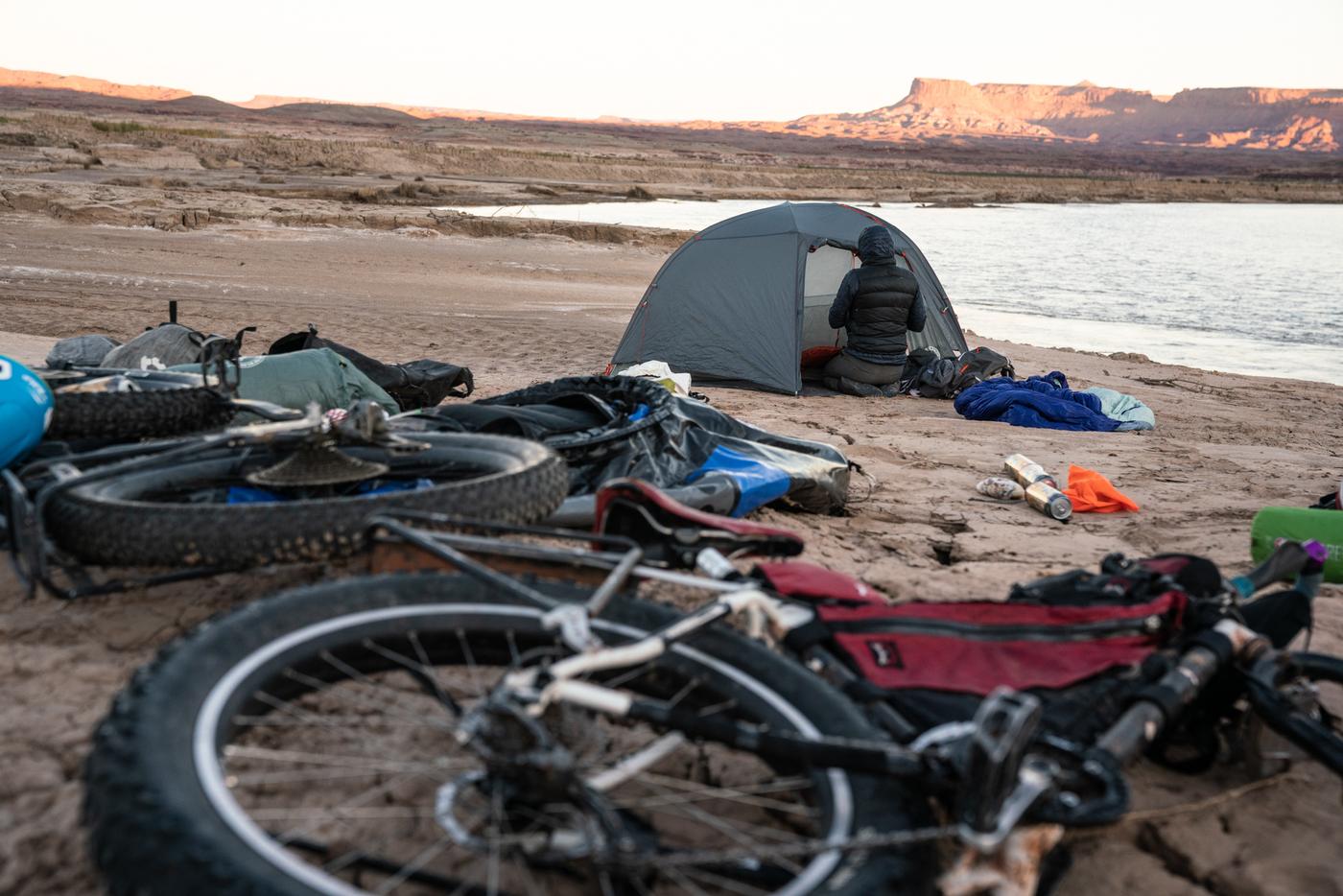 And if there is a bikepacking route, look for one that intersections a body of water or river. I did just that, linking the Hey Joe Safari Bikepacking route to the North White Rim via the Green River. I chose this route because: 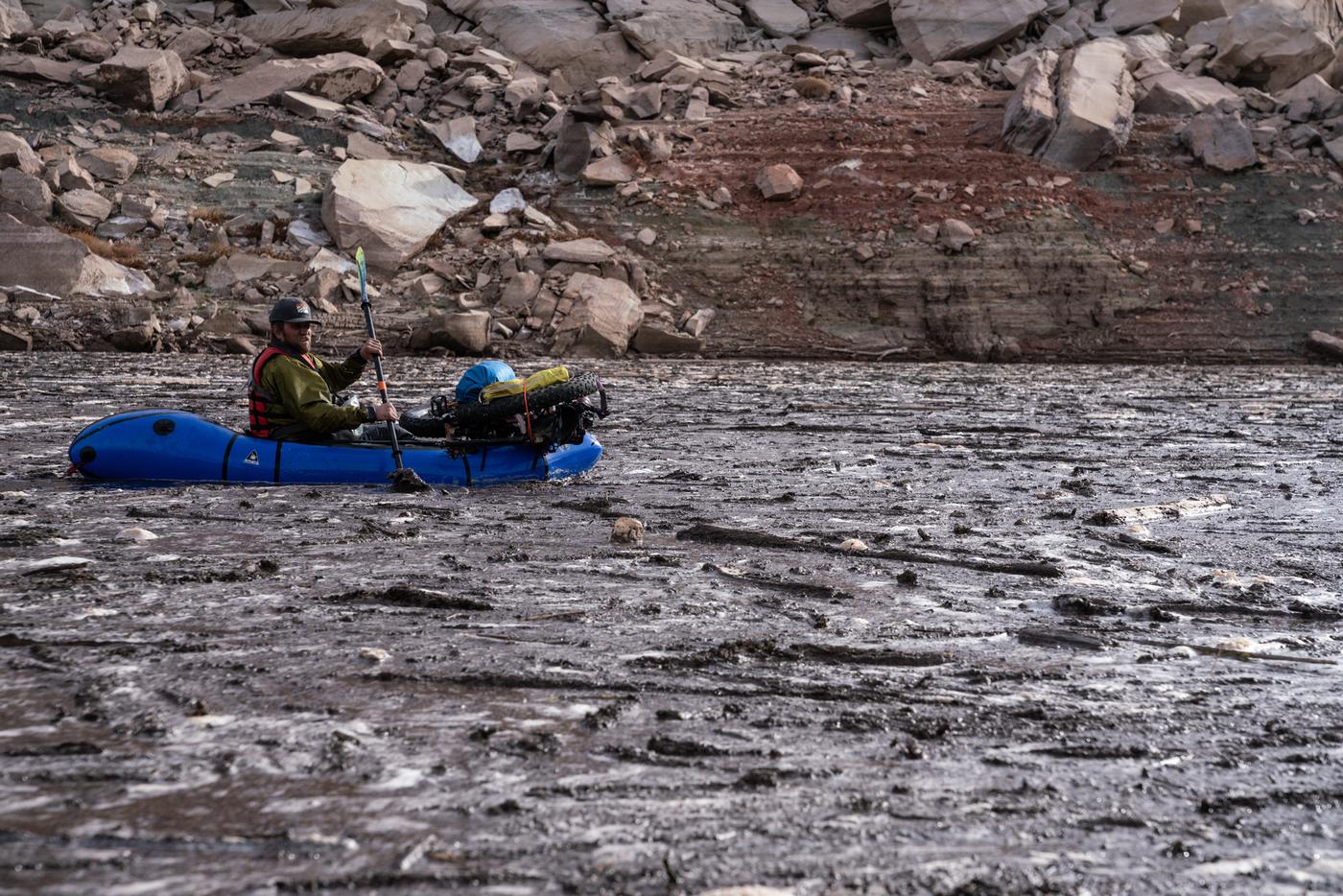 And I Was Off Like a Herd of Turtle

Of course, my very first solo bikerafting trip didn’t go entirely smoothly. Dealing with a friend of mine epic’ing over a major breakup prevented me from leaving home until 1 p.m. Thus, I didn’t start riding until 3 p.m. Not three hours into the ride I discovered I had completely missed the 1000-foot, 3rd-class hike-a-bike descent into Hey Joe Canyon on the map. But with 25 years of climbing experience in the desert and sufficient solo backcountry time, I figured out how to down climb with my heavy and laden bicycle. I arrived at camp at late dusk, just in time to set up my tent so I could lay awake all night alert for stalking weirdos.

The next morning I got up at first light. I opted to go light, not carry a tent and bring a lightweight sleeping bag. Even with all my layers on I shivered through the night, as cold settled onto my camp right next to the river, as cold does next to rivers. 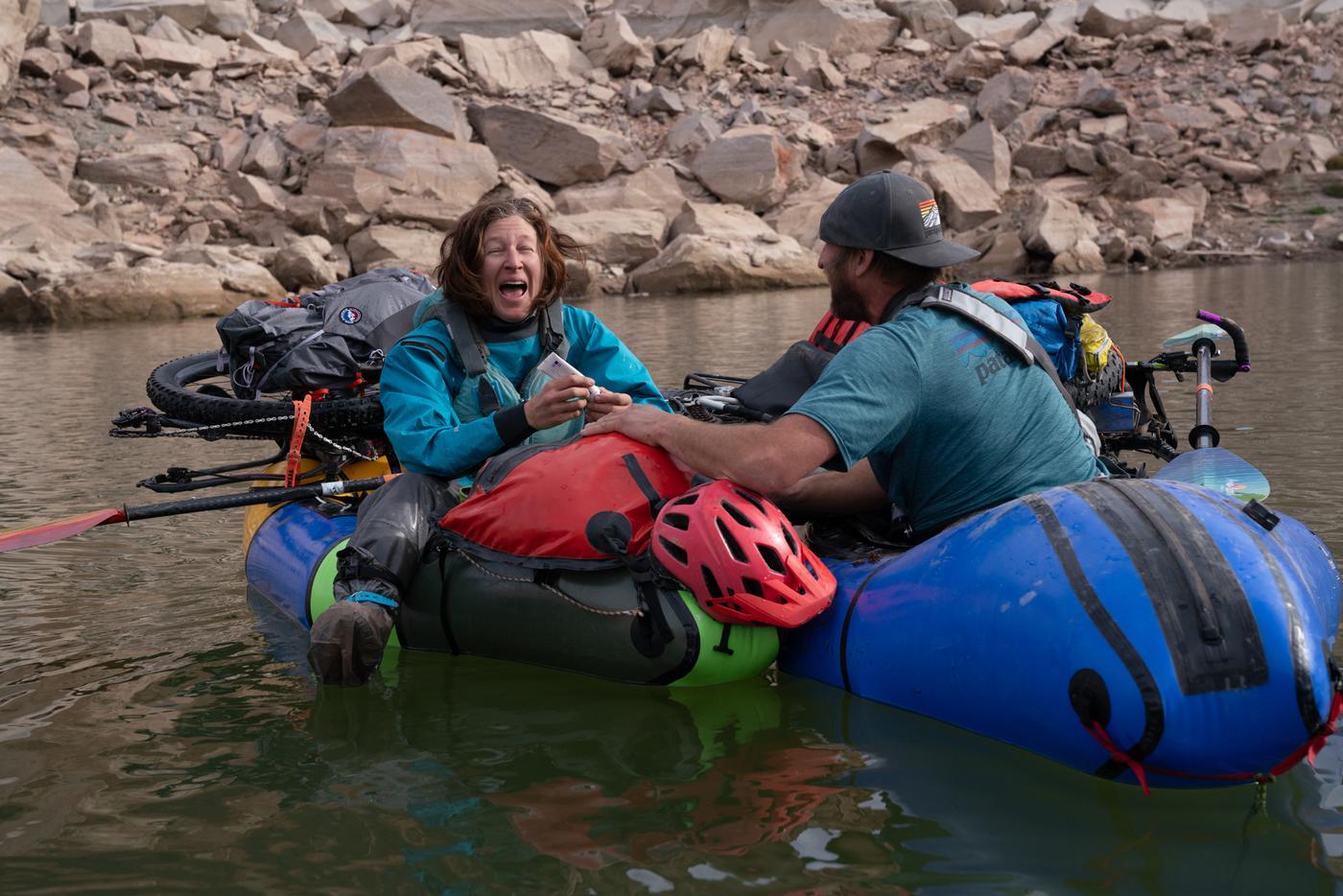 After a tasteless oatmeal breakfast, I rode my bike as far as I could, literally until the end of the “road,” a double-track path that finally dead-ended at a bunch of tamarisk. I’m not sure why the road went as far as it did or why it dead-ended where it did, but I did manage to cut off at least a half dozen miles of packrafting on the extremely slow-moving Green River by following this muddy, cow-poop covered path.

I dropped down an embankment, readied my gear, and was off on the boating portion of the trip. With 20 miles of paddling to go, getting on the water well afternoon, and a nearly 20-mile ride ahead of me, mostly uphill, I didn’t have much of a chance to be lazy or take snack breaks like one does on standard, non-bikerafting river trips. Plus, being November it was actually cold and all. But I immensely enjoyed my paddle and fully absorbed the dull red and brown landscape with glee. I was outside, by myself, and had seen not one weirdo the entire trip. 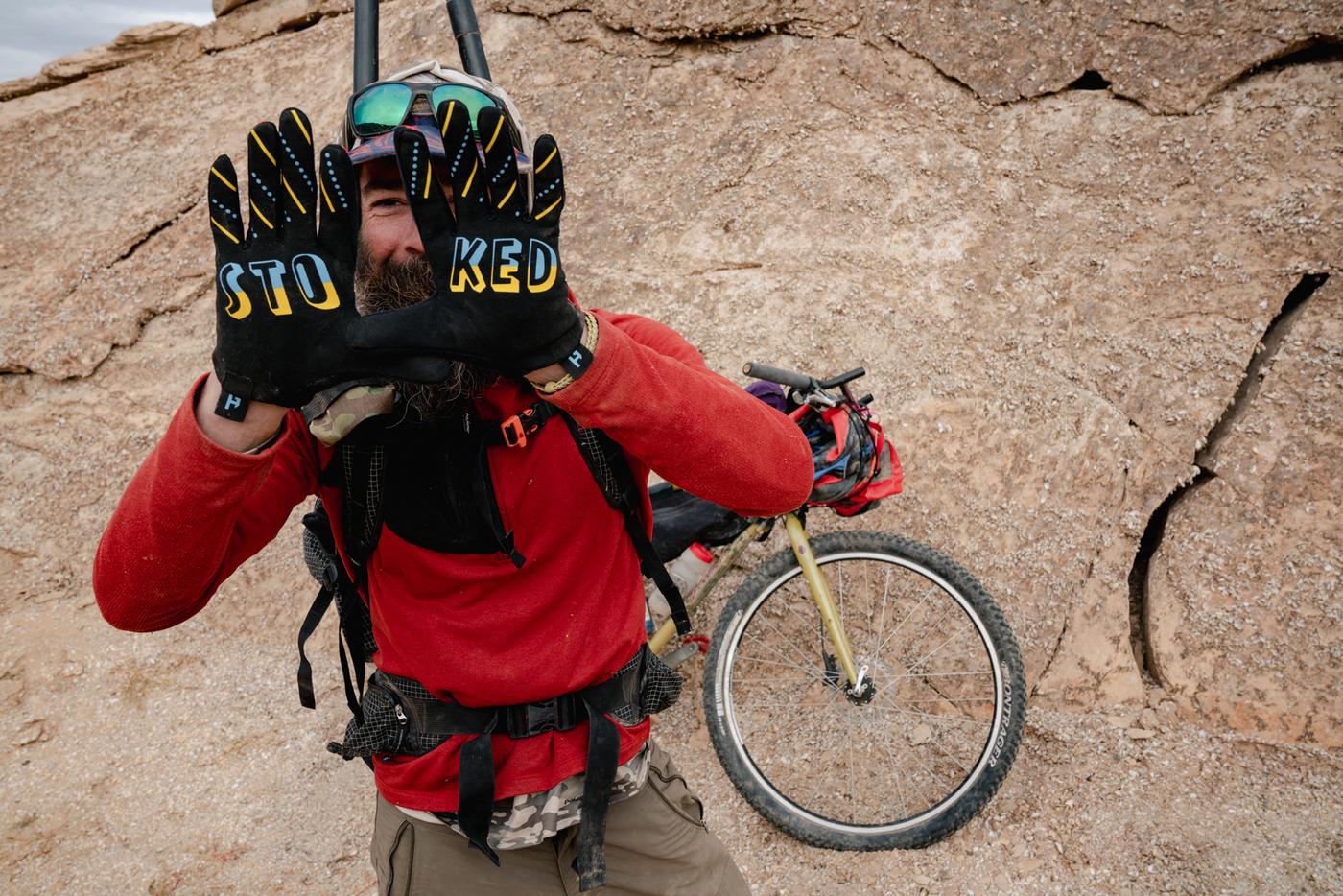 Thanks to Doom for the exemplary images from past group trips, highlighting the packraft experience!