Over the past week, nature flipped a switch. Suddenly, like migrating birds, the 100º weather had flown to the southern hemisphere, leaving behind clouds, cooler temperatures and even traces of precipitation. Basically, the perfect ingredients for successful dirt bike rides. All summer, I’d stuck to shorter, partially shaded rides, or banked on getting in my mileage before the heat of the day and now I felt comfortable taking off up my favorite dirt climbs.

The Verdugo Mountains – my ride

Since the La Tuna Fire I documented last month, I’ve been aching to get back into the Verdugo Mountains. Unfortunately, due to their exposure, no shade and lack of water, the Verdugos are very unforgiving in the heat of summer. As clouds descended upon this mountain range, I began to ascend up their steep roads, soaking in this still very alien, to me anyway, landscape.

Mount Lowe is a ride that is fabled here on the site. So many stories have taken place on this shelf road in the San Gabriel Mountains, in the Angeles National Forest. From Swift Campouts to getting stuck up there in a storm, Mount Lowe is one of the more infamous climbs in Los Angeles County. On our ride this, we ascended into the clouds as the sun was setting over the Pacific. Kyle and I weighed the scenario – the fact that it was Halloween and we forgot our lights – and turned around at Inspiration Point, only to ascend through zero visibility.

One of the magical things about Southern California is you can start a ride at the beach, venture into the mountains and return to the ocean, ending the ride with a swim as the sun sets. There are plenty of areas where such a ride is possible and one of those is Point Mugu, in Sycamore Canyon. This State Park has campsites across the Pacific Coast Highway, at the base of a dense trail network, all interconnected by various – and STEEP! – fire roads. Eight of us began the ride with joint excitement as clouds covered the sky and debated about whether or not to pack jackets. I know this sounds pretty ordinary for most people, but the idea of layering is something usually reserved for only a few months each year, so naturally, it takes a while for people to acclimate to this seasonal change. 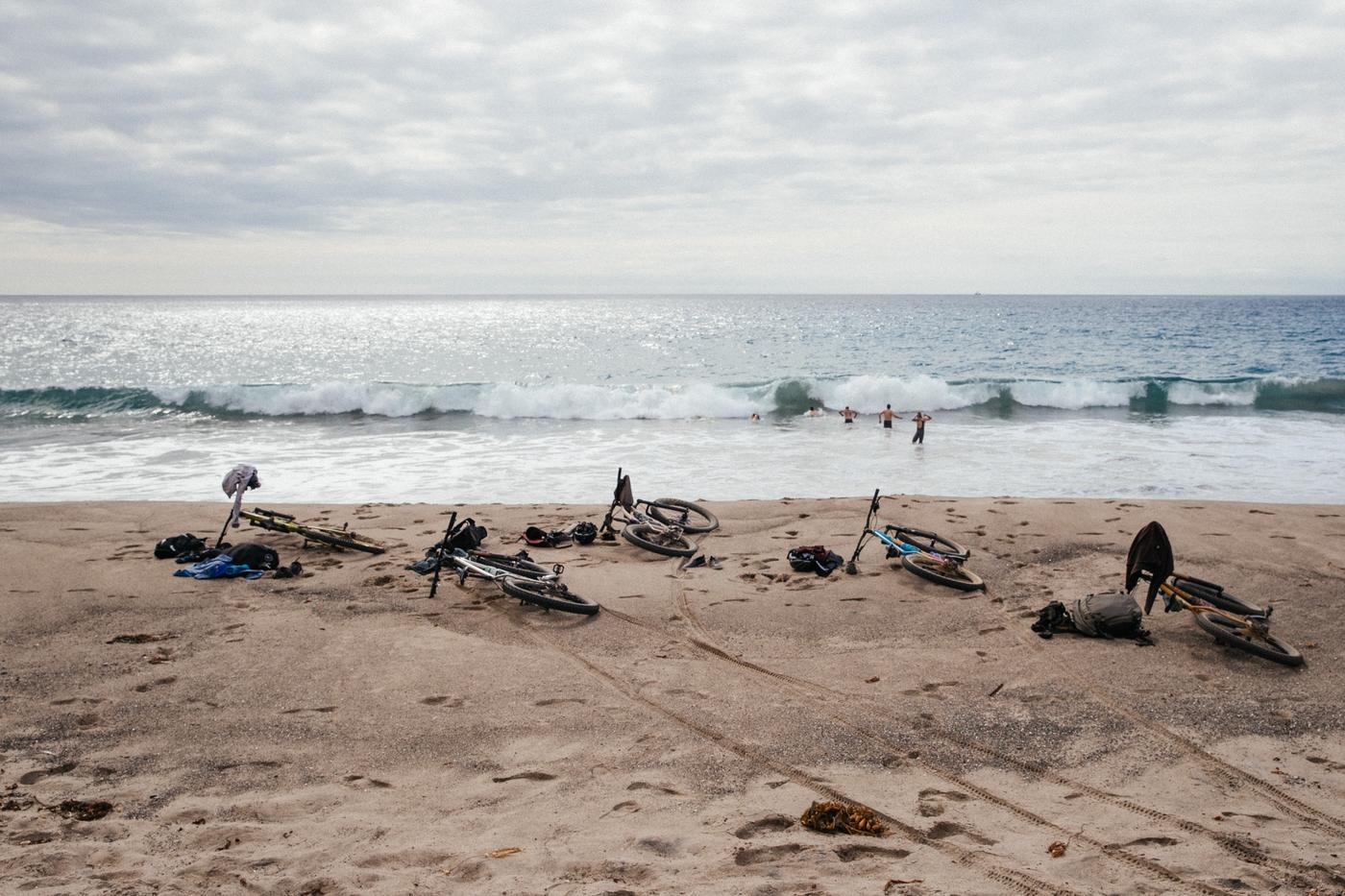 Point Mugu was equal parts tough to equal parts exuberance. The climbing sucked but the descents made up for it. The little bit of moisture in the air made the dirt highly shredable and as promised, we took a dip in the ocean afterward.

If you find yourself in Southern California, or if you live here and haven’t ridden these area, be sure to check out our routes in the links above.