There is a particular sensation of Austin on a bicycle. Meandering down hills with the backdrop of limestone cliffs and steel bridges bathed by violet sunsets. Traffic accompanied by the symphony of splashing springs, live music, and bike bells. Gently humid evenings with wafts of cedar trees, whiskey, tacos, and brisket. Scenic Route celebrates Austin’s unique overlaps of culture and nature, artistry and athleticism – dichotomies exquisitely experienced on our bikes. Scenic Route is a collaborative Art show between Will Bryant, Gideon Tsang, Rapha that celebrates Austin Texas’ vibrant cycling and creative communities. 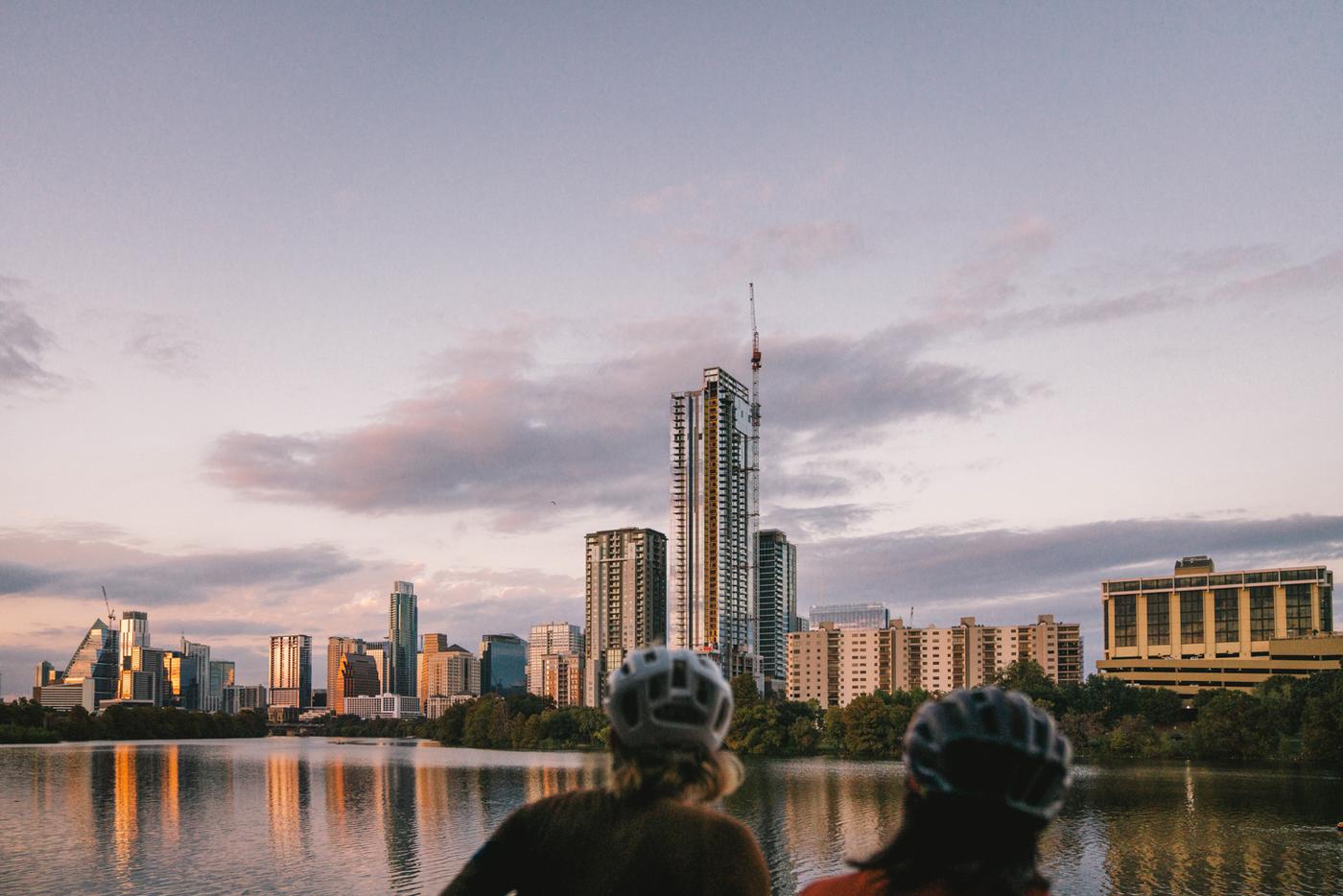 The Backstory: (Based on a true story)

SD: Hey Gideon, this is Shaun Daley from Rapha.

SD: Good as always, finally back in Portland, I do miss Santa Barbara, but I’ve got people I love in both places, you know?

GT: Yeah man, people. Somehow overrated and underrated, haha. As complicated as Austin is, they keep me here.

SD: How is the city complicated? 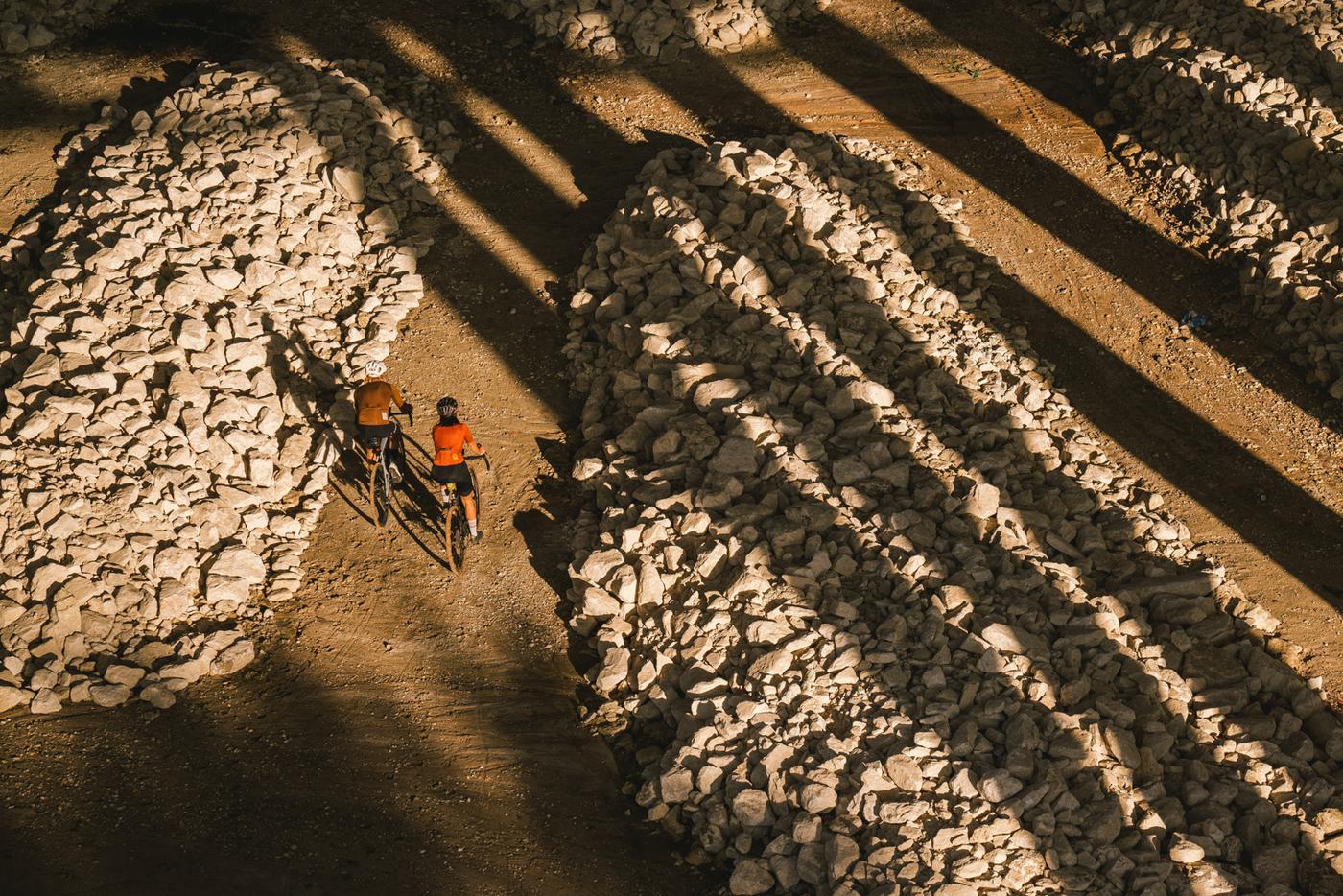 GT: Well, it’s been growing gangbusters for years now. And this Covid bump was, actually still is, volcanic. Didn’t see this one coming.

GT: Sheesh, you think any city wants to trade? Portland, you want these two? Whatcha got? How about Joe and Elon for Carrie Brownstein and Chuck Palahniuk?

SD: Haha, but you still have your people, eh?

GT: Yeah man, I complain while I’m here but every time I leave for a while, I’ve missed it.

GT: Well, there’s a combination of nature and culture. 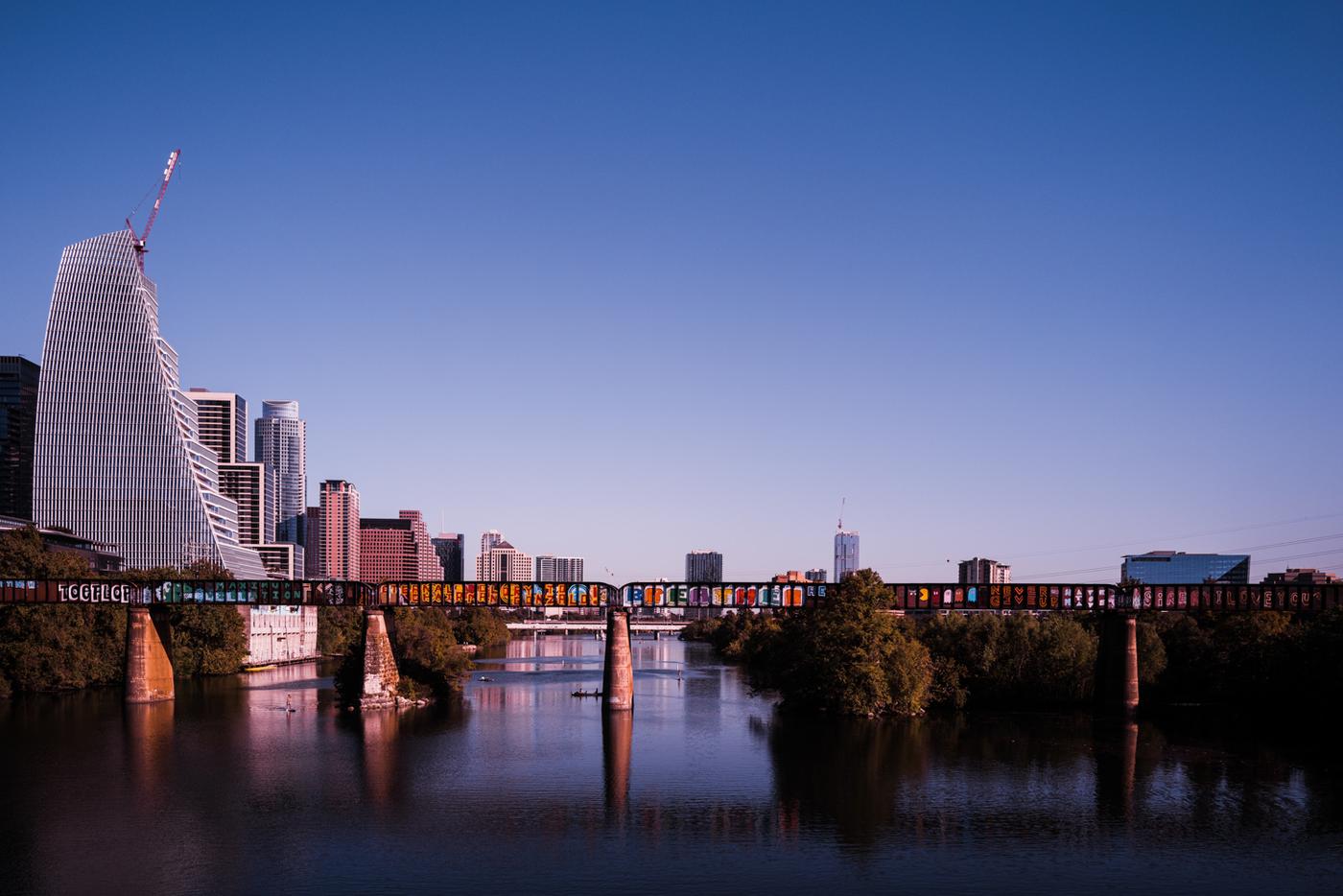 So there are places that are easily more beautiful, Straight up the country and to the west – Austin’s not even close. But, I have the wrong face to live in Wyoming or even most of Colorado. Definitely Montana, haha. A cowboy hat ain’t gonna hide this face.

SD: I’m sorry, Gid. That has to be hard for culture to limit the places you can comfortably consider for home because of your skin. I wish it wasn’t that way.

GT: Thanks man. What makes Austin feel like home is first off our access to nature. We have a natural spring that’s 70 degrees year-round, the size of 2 football fields in the middle of our city called Barton Springs. That’s right next to 13 miles of hiking trails all within city limits. And what makes Austin really special is that all that hiking and swimming is surrounded by music, art, and great food. Lemme put it this way: We’re having this conversation in December and it’s 70 degrees and sunny outside. 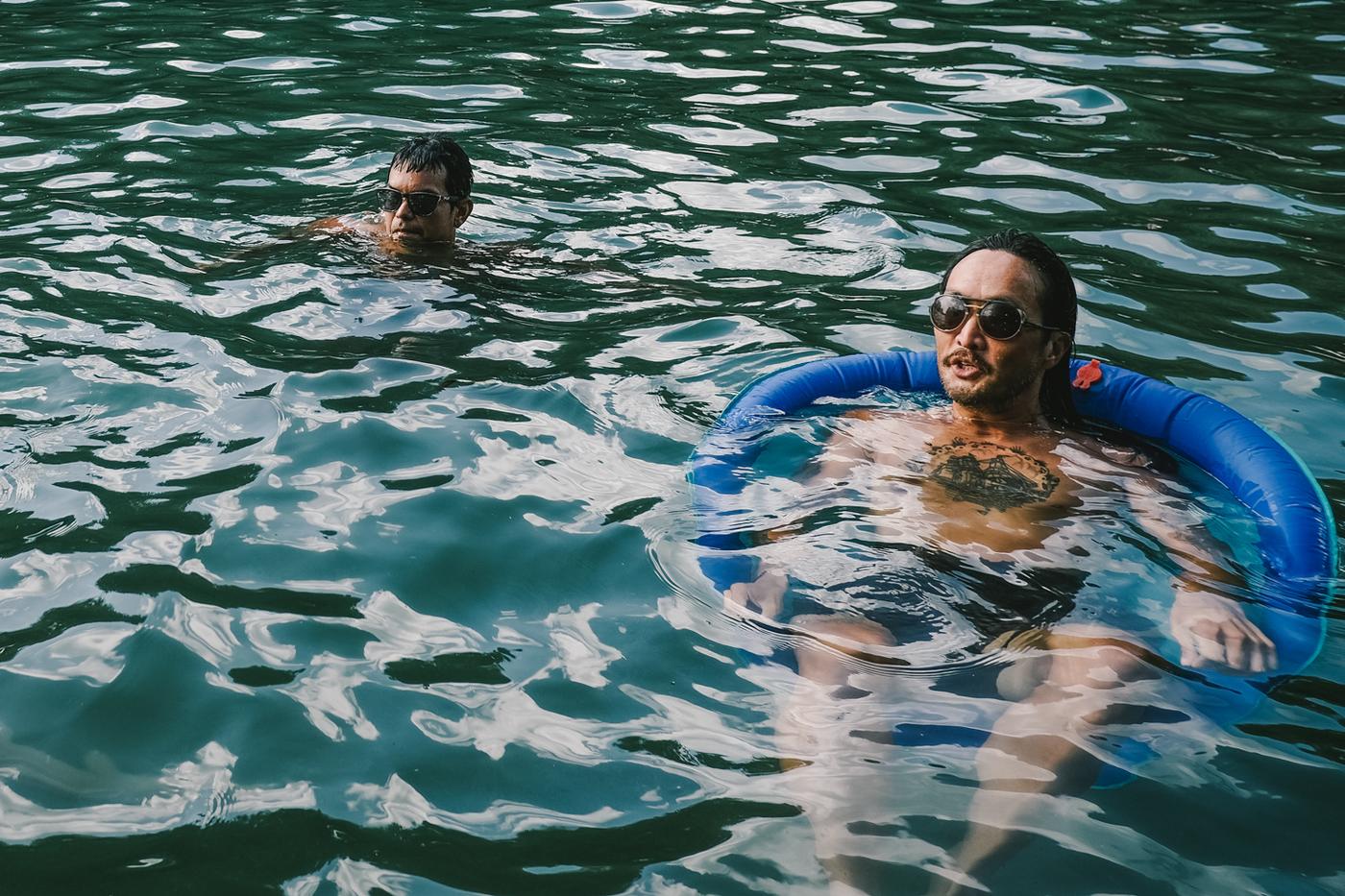 GT: Actually, it’s brutal here in August, so it evens out. BUUUTT, if I swim every day, it doesn’t feel overbearing. So, on any given day, I can bike a couple miles from my house, hit the trails, finish off with a dip in Barton Springs, head to Uchi for killer Japanese and then swing by Mohawk for a show and a nightcap.

GT: Then the icing on the cake. Hmmm, is it the icing or the foundation of the cake? Either way, what makes this all come together, and why this always feels like home is the homies. 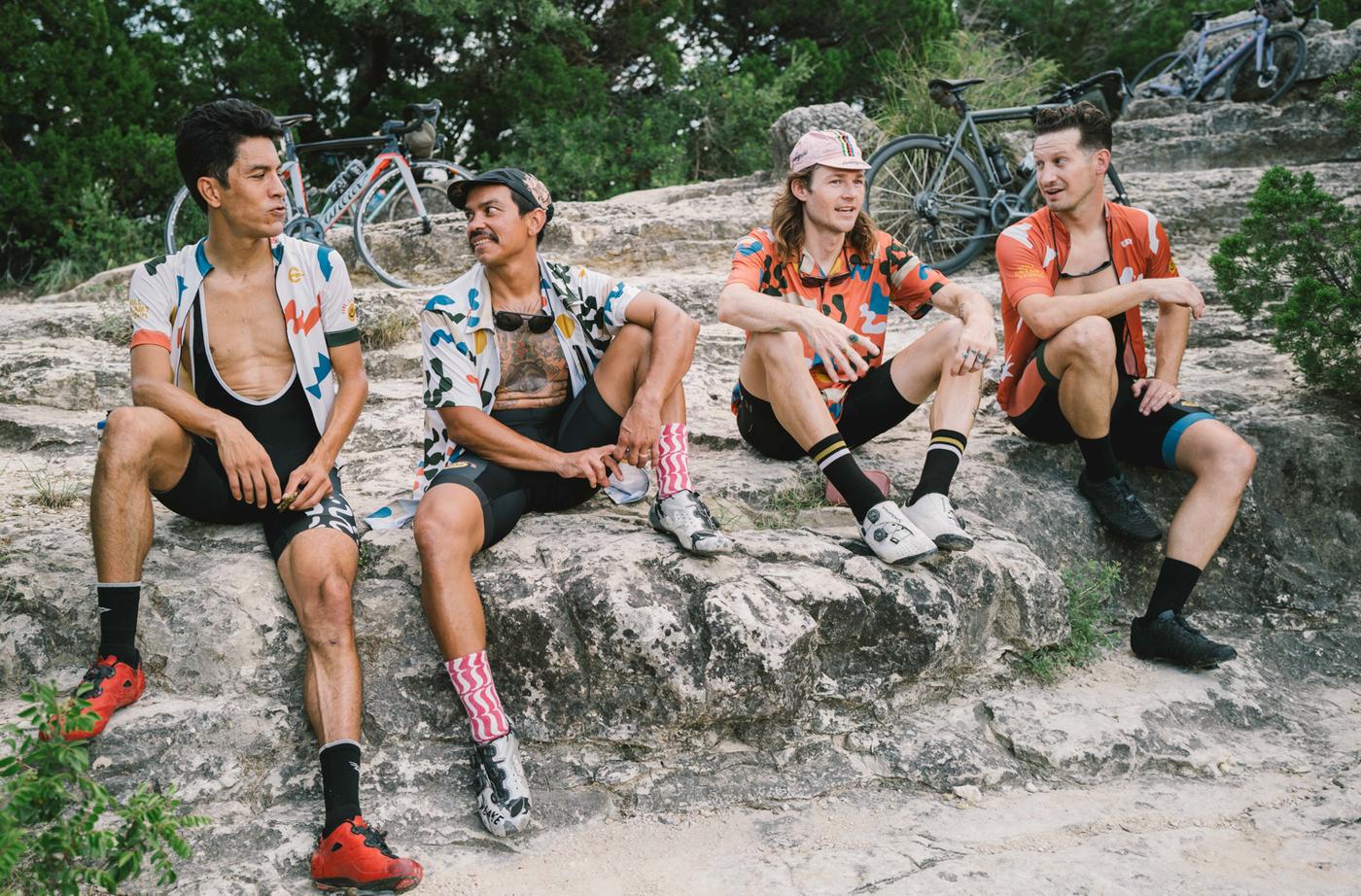 GT: The cycling community in Austin really is special. I haven’t found any other city with the comradery across commuters, roadies, cross, MTB, gravel, bike packers, randos. Austin’s got what I need – nature, culture, and my people. 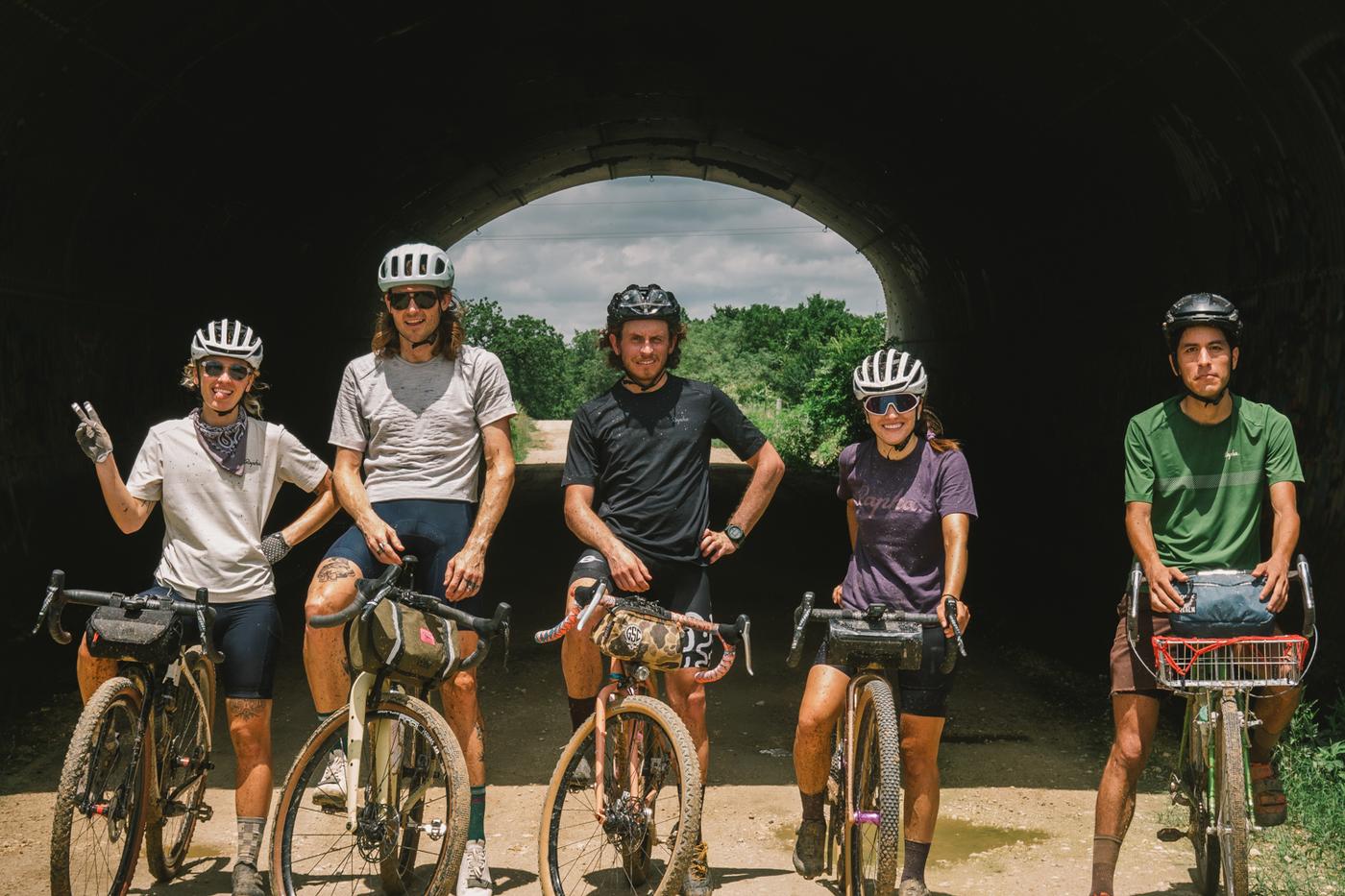 SD: Yeah, we’re securing a spot on West 6th. Are you down to make some photos for the launch? GT: Absolutely. What kind of feeling are you wanting from the series?

SD: How about let’s make the city and riding terrain of Austin the protagonist and cyclists can be the supporting characters.

WB: Whatcha working on these days?

GT: Just wrapped up a shoot for Rapha. Wanna check it out?

GT: Thanks man! Yeah, super fun. I ran into Diana and Omar on a ride back in town from Manor. I passed them, and they were fully kitted out in Rapha. I DM’ed them on Instagram the next day. 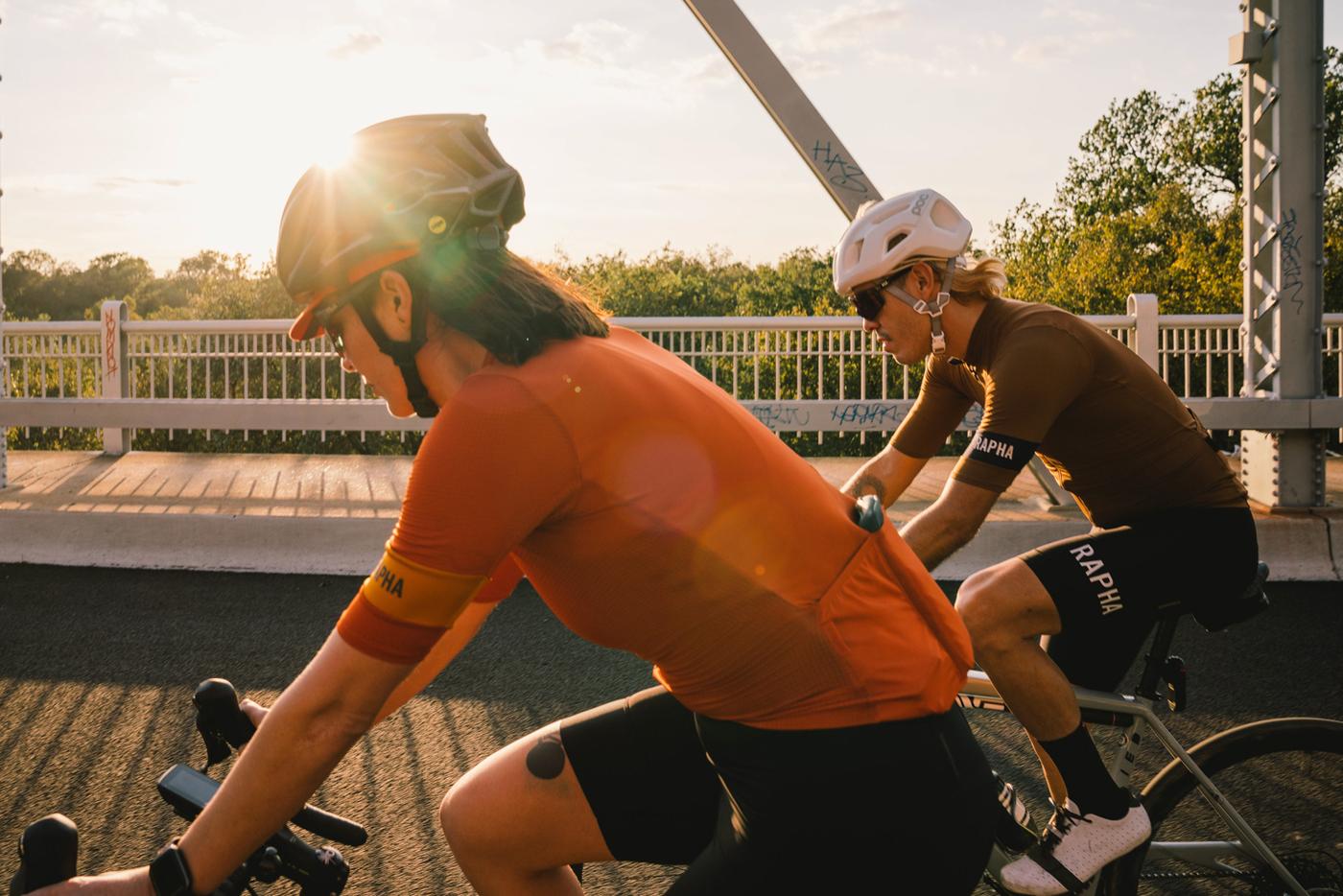 WB: Where did you end up shooting?

GT: Well, Austin’s not an obviously photogenic city, you know? And I really wanted cyclists to feel like, yes, that’s what riding a bike in Austin feels like. We ride east out into the countryside a lot but it’s pretty nondescript Texas roads. West Austin’s fun and hilly but at this point, it’s suburb after suburb.

WB: Yeah, true, it’s hard to capture. So I see this is the 360 bridge, every Austin cyclists starts riding out there. 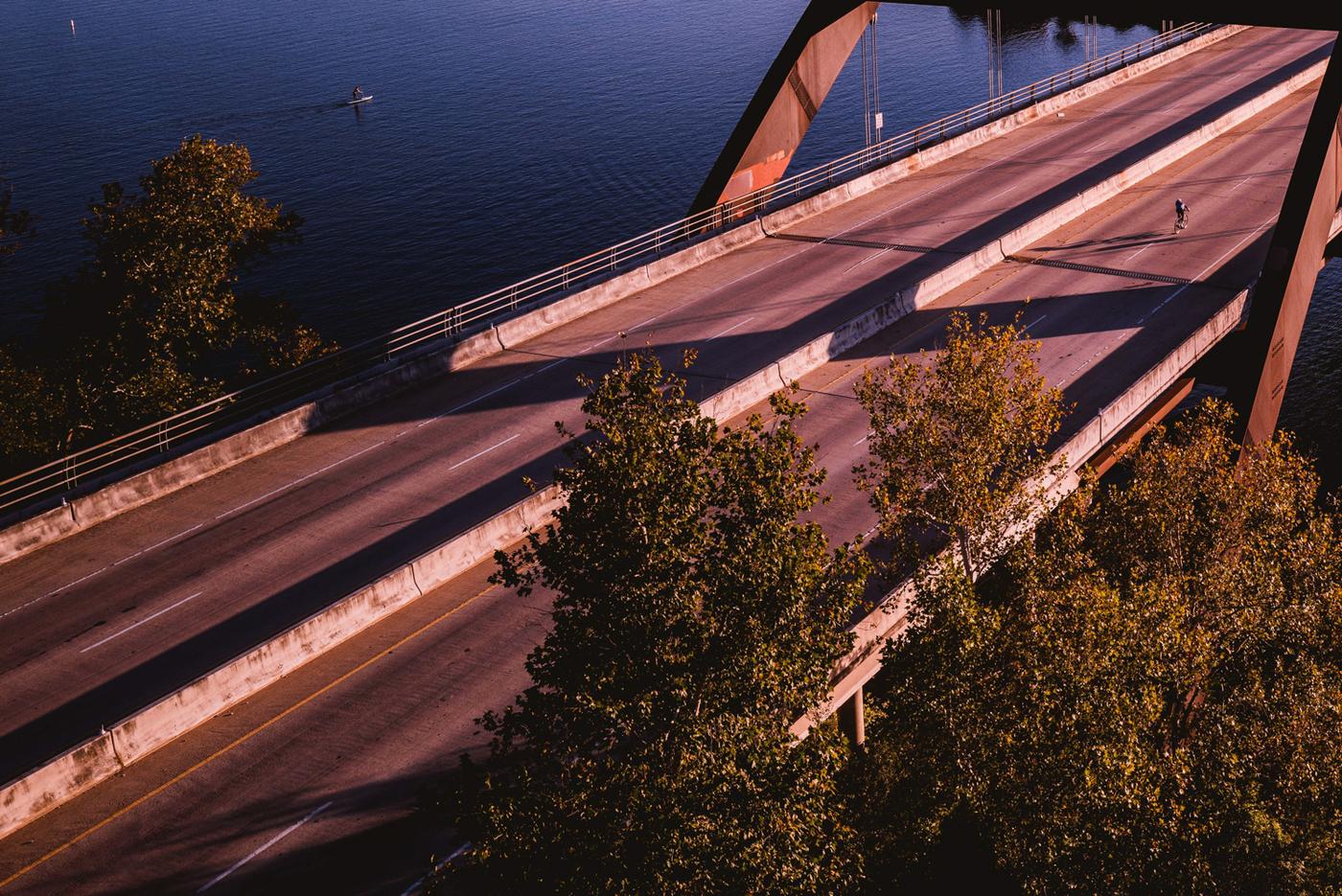 And the Montopolis Bridge is the classic post-ride sunset sixpack spot. 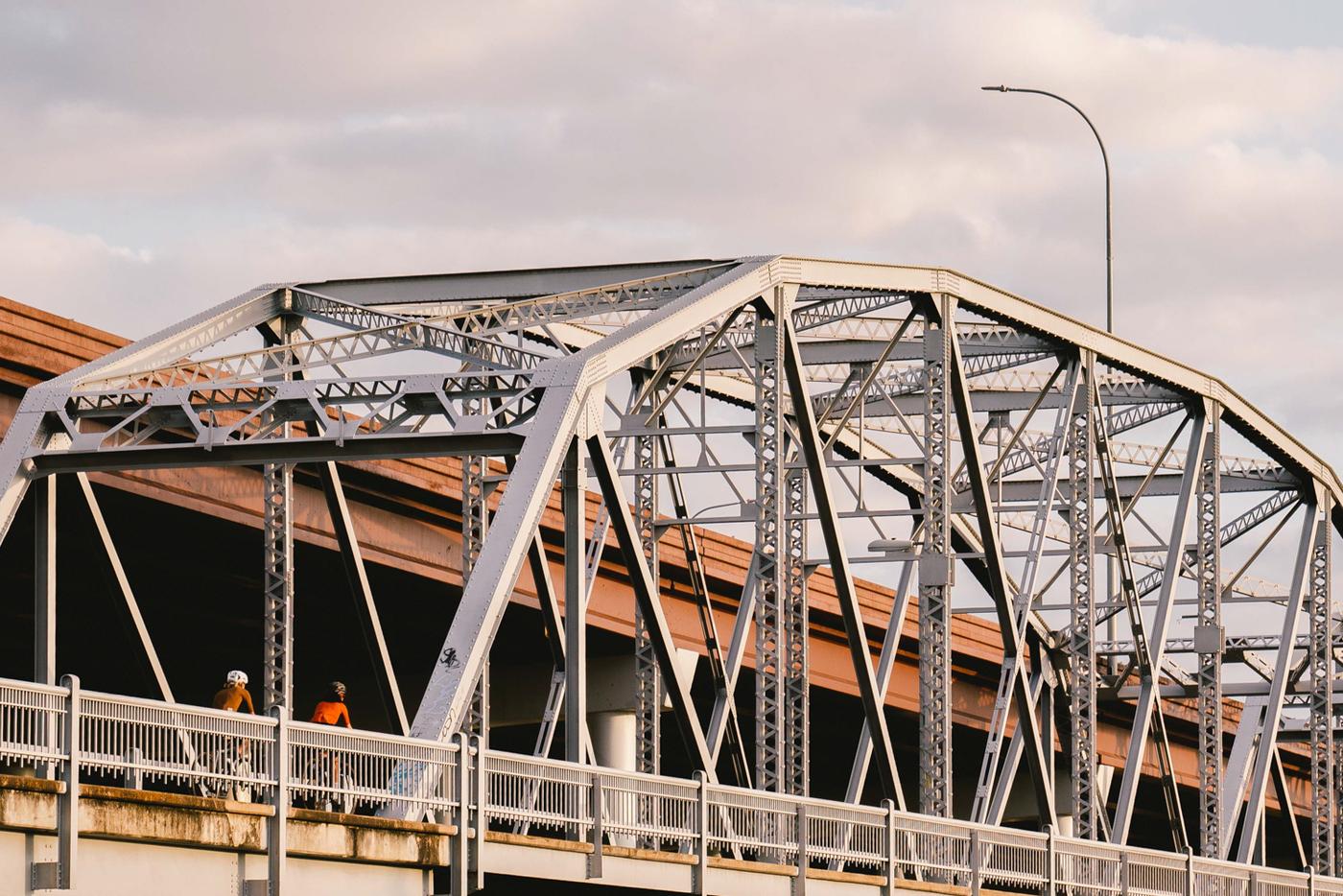 Oh man, and Mount Bonnell, we’ve all bombed down that turn but I’ve never had the chance to take a photo. It’s usually full concentration bombing down that curve. 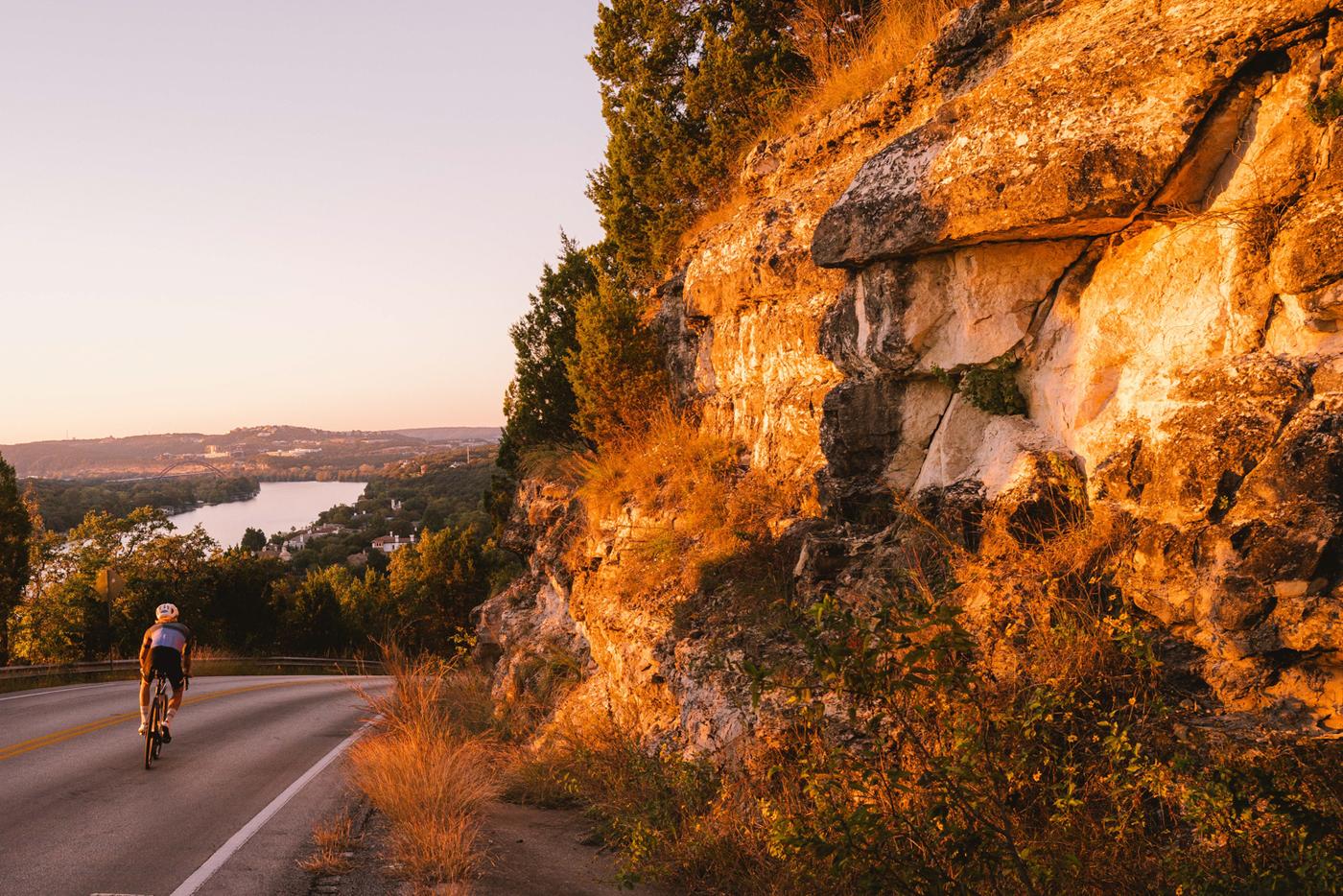 GT: Ah, it makes me happy that you recognize all the spots as Austin’s cycling classics. So, about that show, eh? Wanna collaborate? Let’s do the show together!

WB: I’m down! What are you thinking?

GT: No idea, haha. What if you painted onto the photos I made? Like John Baldessari but Will Bryant. Remember when we talked about growing up and how we didn’t fit in with the jocks or the artists? Our artist friends would look confused when we came out of the locker rooms sweaty and our athletic friends wondered why we spent so much time in the art room? This show is a celebration of artistry and athleticism and the city we love. Over the next few weeks, we selected a few choice photographs and over dozens of texts, phone calls and conversations at his studio, we came a new body of collaborative work comprised of eight pieces called Scenic Route. 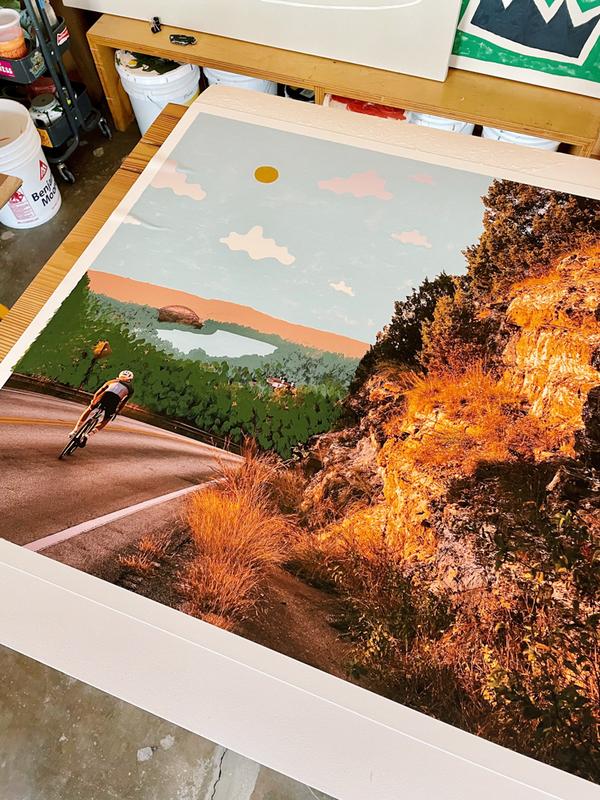 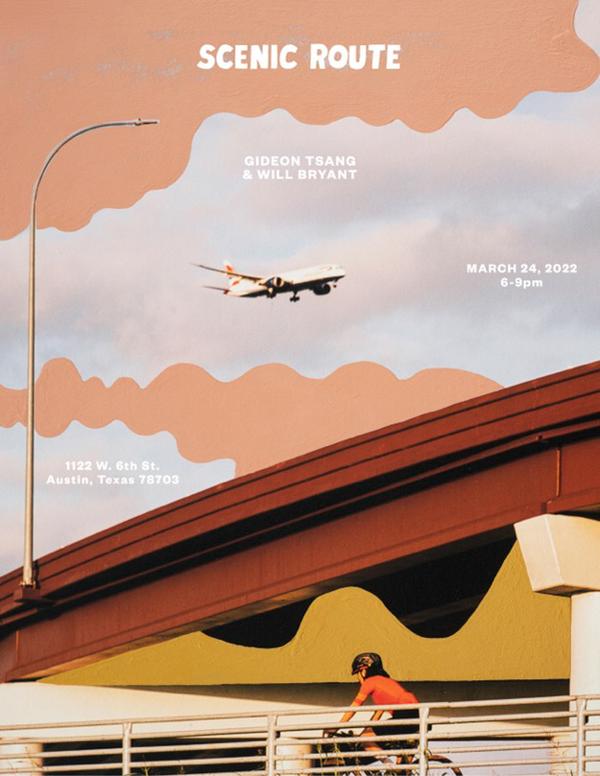 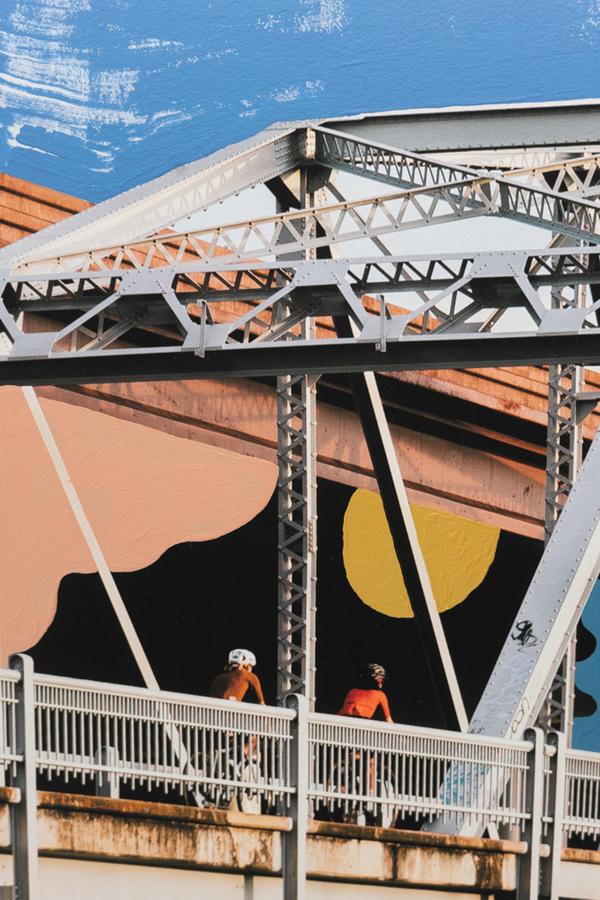 Will Bryant is an artist, designer, illustrator and cyclist based in Austin, TX. His work weaves together humor with commerce, fun, movement, and positivity. In his installations, paintings, and product collaborations, there is always a sense of exuberance at play with a colorful palette.

Gideon Tsang is a photographer, writer, spiritual consultant and cyclist also based in Austin, TX. Across his work, he explores the depth and lightness of the human existence with a soulful sense of poetry.