early season snow outside Quincy on the way to Nevada

Sept 29th post-Grinduro California: As Nam and I packed up our secret van, preparing for the 2,500 mile cross country long haul to Ellijay GA, we couldn’t help but wonder what the hell we were doing.  We had 4.5 days to make it in time for the 3rd annual Bikepacking Summit; an event we’ve been meaning to attend since it’s inception.  Earlier in the summer Lael Wilcox and I had talked about presenting together, and we had to make it back east to visit family at some point anyway, so might as well just go for it in one shot.  At least that was the thought process when planning months ago. We aren’t the types to be in a rush…time to hit the road.

An early-season snowstorm in the Rockies had us skirting south across Nevada and northern Arizona on the remnants of old Route 66.  The desert air was perfect, and we took it in best we could during our nights asleep; pulled off in the spiderweb of dusty BLM roads that flank the western highways.  Secret van long haul truckers… listening to country radio and fuzzy am classic Rez Rock as the amphetamine fueled big rigs rumble in the distance.  Middle of nowhere night, the west is full of em. 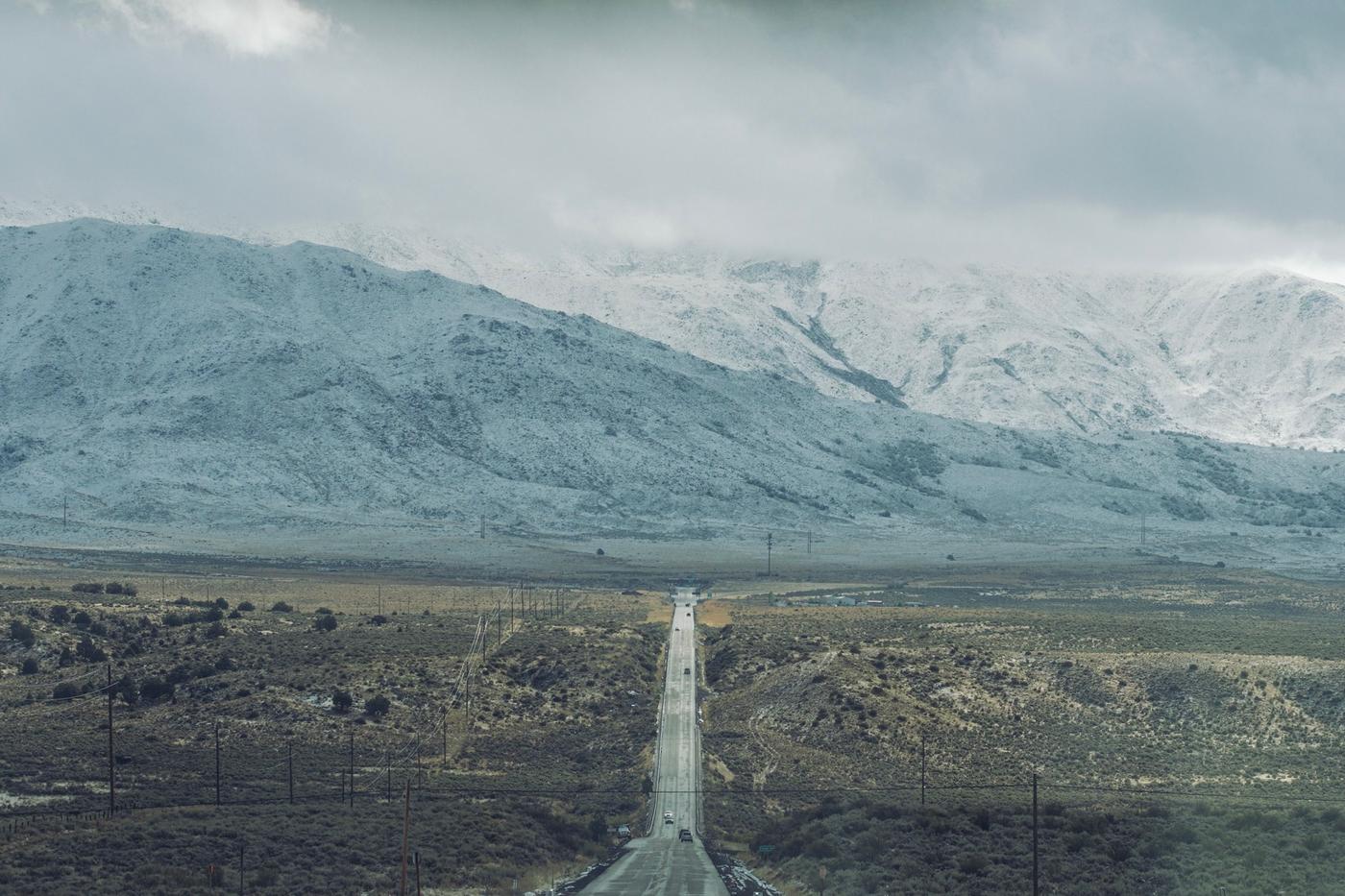 Like John Cochrane’s 1991 karaoke hit, life became a highway; a highway that took us across the Texas panhandle, past towns that haven’t been towns in 60 years, through thunderous lightning storms, and triple-digit heat waves.  The sultry heat was making for some unsavory sleeping conditions, but we were getting closer…Arkansas, Tennesse…then: “Welcome to Georgia” — the country radio stations blaring tunes inspired by the town names ticking by on the exit signs. A piney oaky dirt road winds gradually to a sign that reads “Mullberry Gap Mountain Bike Retreat.”  We are now tucked away in the Chattahoochee National Forest of north Georgia; another sign reads “Georgia’s Mountain Bike Capital.”  It’s evident they are into mountain bikes here. What a perfect place to situate a mountain bike retreat. Then I see a sign saying we are on a trail, the Trans North Georgia, that runs 350 miles across the top half of the state.  Learning things already! 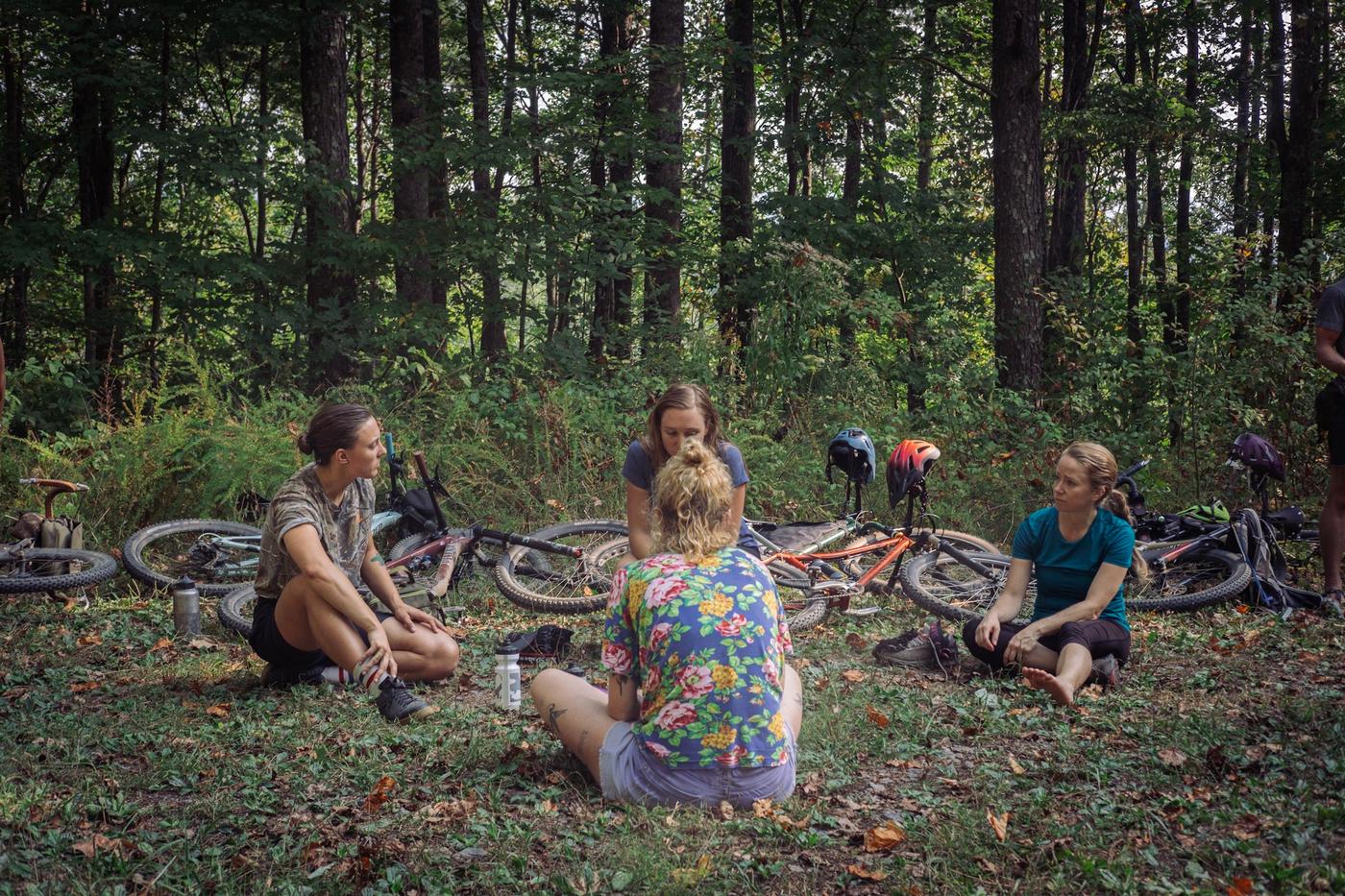 Proprietors Kate and Andrew Gates acquired this property in 2006, and have gradually built it into a prominent mountain bike capital of the east coast.  I’d heard about the MTBing in north Georgia since the days I’d subscribed to Mountain Bike Action as a teen, but lured by the west, I’d never given the southeast much of a chance—-yet here we were in this beautiful forest sleeping in a tastefully luxurustic cabin, sprawled out on a king-sized bed.  No sweating and swatting mosquitoes from our secret van bed in a WalMart parking lot tonight! 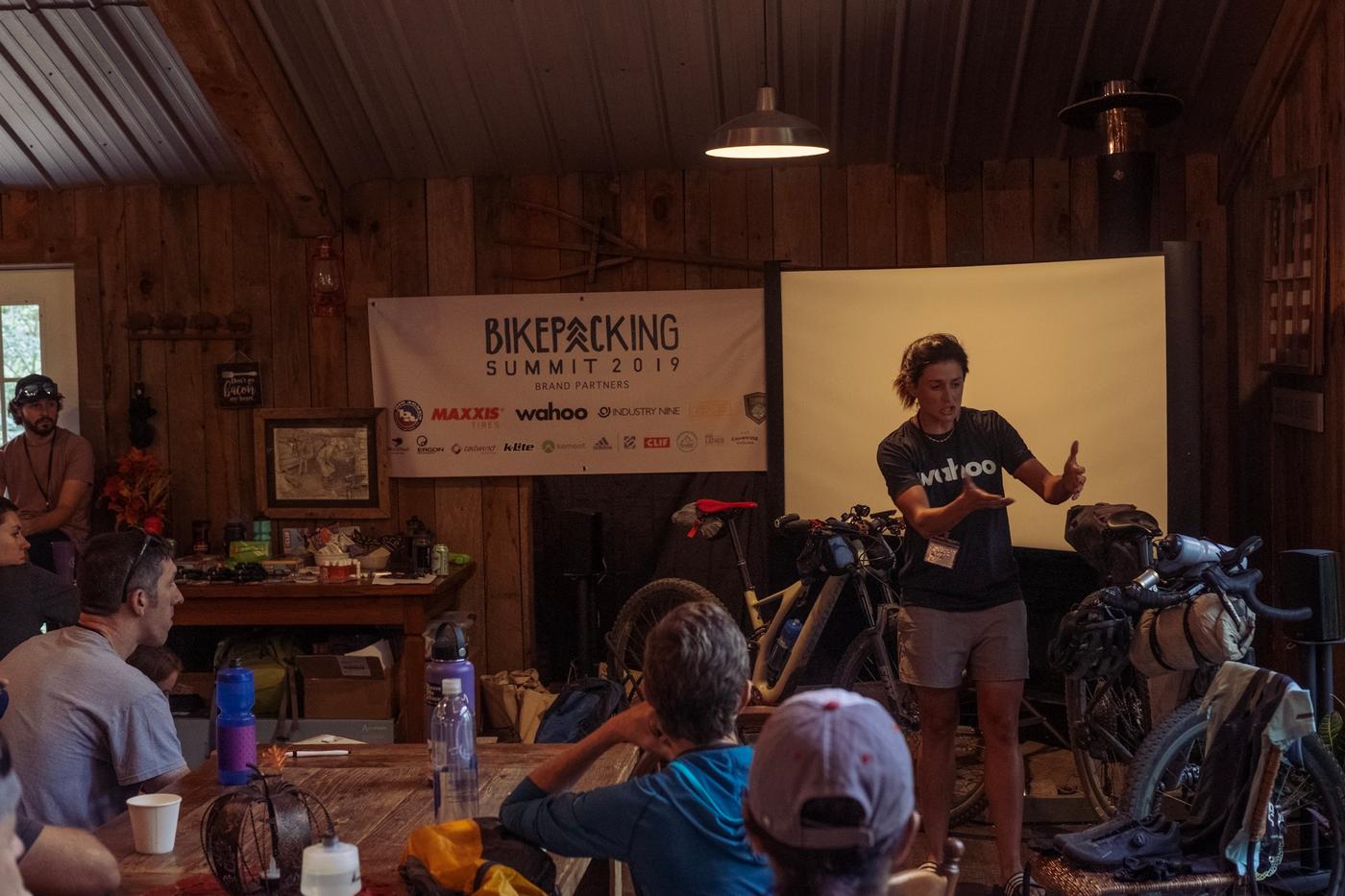 The next morning we were up early for breakfast at the barn.  Grits and other southern delicacies on the plate, good stuff. Meeting a bunch of cool new bike camping folks while catching up with friends: Lael, Rue, and Pepper.  So good to see everyone and exchange stories about our increasingly busy bike-centric hustles as the long days of summer come to an end of September close… even though it’s still 95 degrees. Seminal bikepacker and philosophy professor, Joe Cruz, opens up the Summit with some provoking words and greater questions on overcoming fear, and what that means in the context of travel.  Off to a good start. We finish breakfast and listen to Summit founders and organizers, Lindsay Arn and Neil Beltchenk introduce the info-packed weekend seminar and ride schedule; we spend the next several hours completely transfixed by the talented presenters, the majority of whom are women. 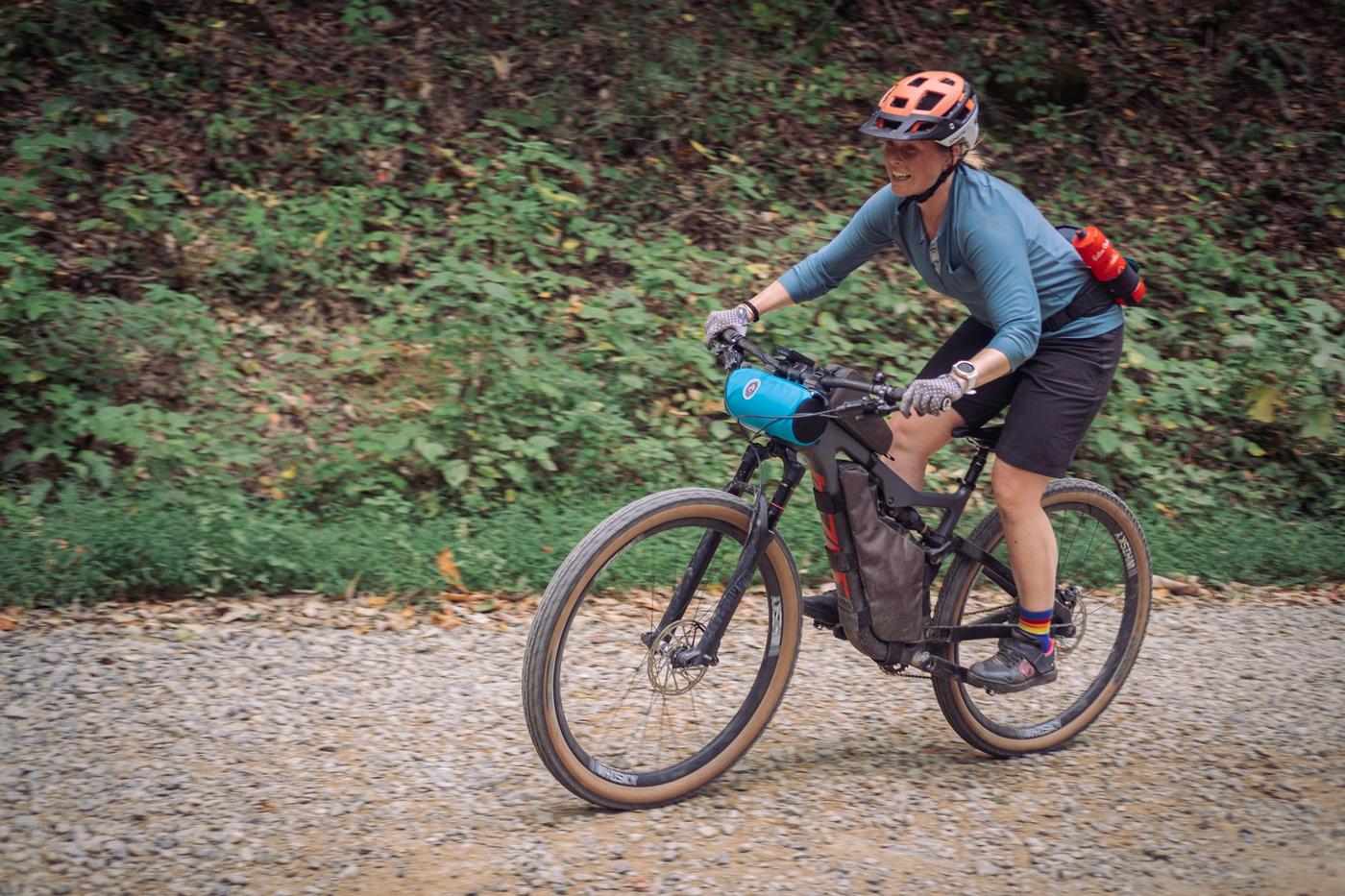 As I looked around the room, it was evident that bike touring is the closest thing we have to gender equality in cycling.  That makes anyone who matters in this day and age pretty damn proud to be a part of. This is, of course, due in large part to the success, talent, and infectious personality of folks like Lael Wilcox who was a multi-session presenter with a wealth of quirky knowledge.  Lael’s partner Rugile presented an otherworldly perspective on the 1700 km long Silk Road Mountain Race through her lens, a slideshow I will not soon forget. Pepper Cook, who could be a standup comedian, brought an enlivened conversation concerning industry inequality; everyone learned something. On day 2 Brett Davidson unveiled the new 4,700-mile route “The Eastern Divide.”  My jaw was on the floor as he followed a squiggly line on a map all the way down from Newfoundland to Key West; I began to question everything I thought I knew about my forlorn and forgotten home in the east.  Scheduled to be completed in August of 2020, this route boggles the mind in length and terrain— an Appalachian trail for bikes. 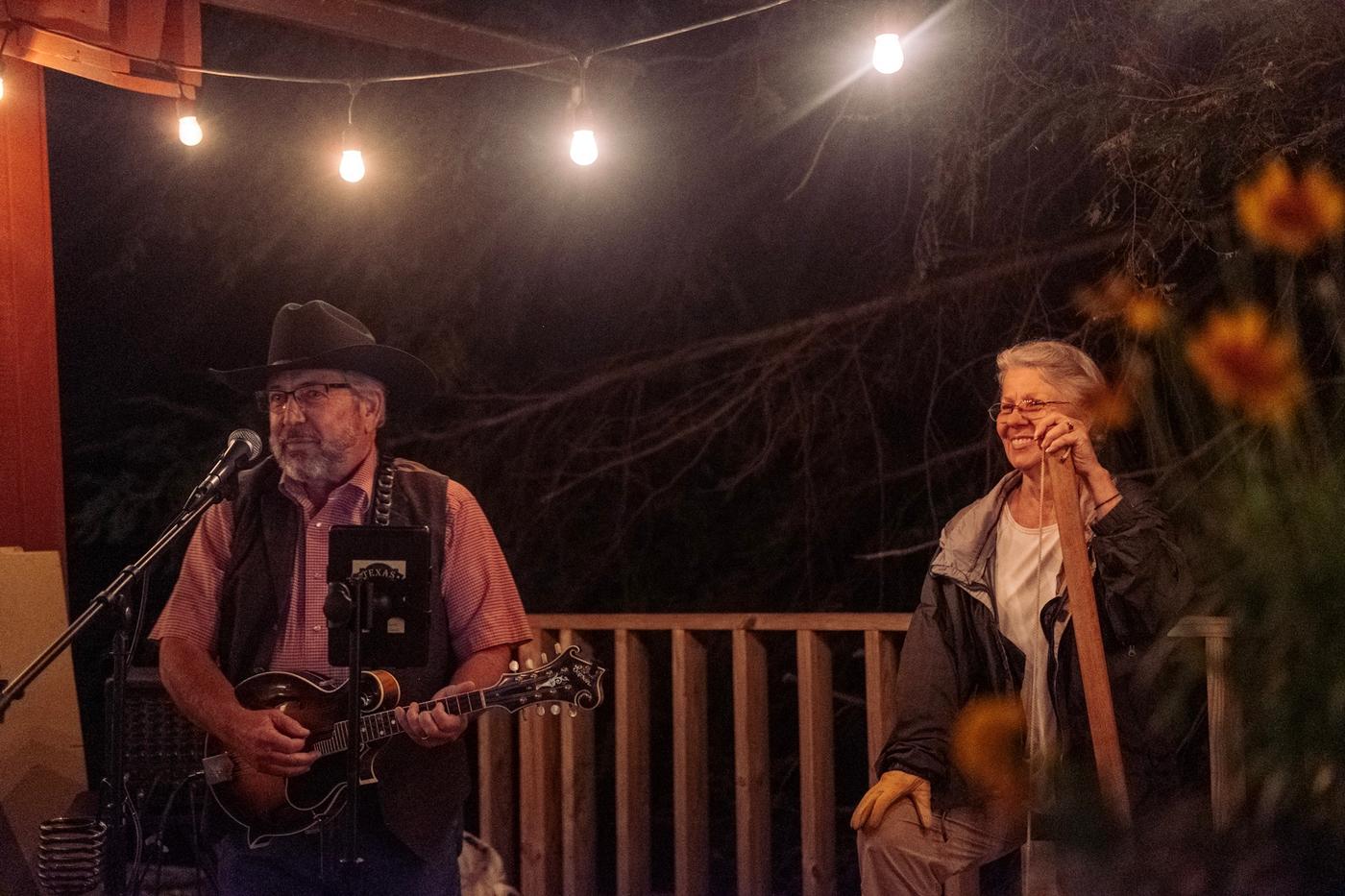 The nights were filled with fire conversations, southern cooking, and live bluegrass music.  This corner of Georgia is proud of who they are, and the people who were hanging out at this summit were top notch.  Turns out that when you are into something as specific as going camping with yer bike on a single-track trail, you intrinsically get a community who are instant friends, no shortage of stories to regale each other with. On Sunday night as the summit came to a close, we packed up our things and headed to the Atlanta airport with Rue and Lael.  We were all about to get on with our busy lives, flying directly to Japan on tire business for me and Alaska-Tucson-Chicago-Atlanta-Tucson for them.  We wish one another goodbye, laughing and reflecting on what was behind us and smiling more about what’s to come. “See ya in Tucson!” we say as hugs are exchanged.

That’s the life of career bike travelers, who sometimes are just travelers.