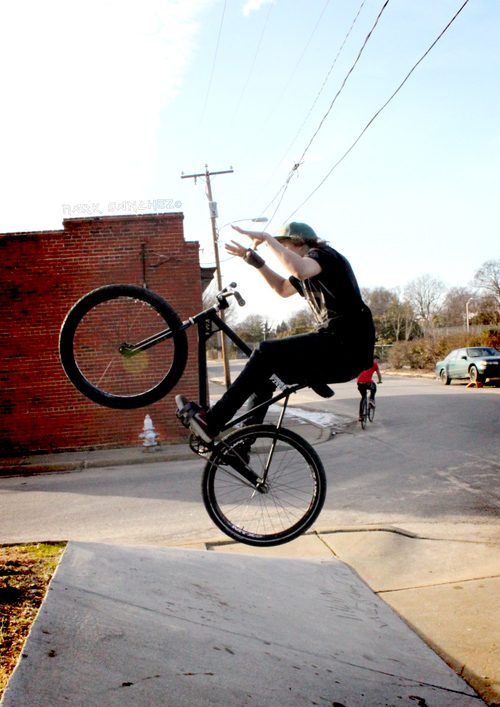 Mike got his cast off, the snow in Richmond is almost melted and that means it was time to ride yesterday. The RVA Fixed guys were out riding yesterday with Mark Sanchez, prepping for the River City Trick Jam. Here’s Mike, sans cast, with a no-hander. Check out a few more shots at Richmond Fixed.