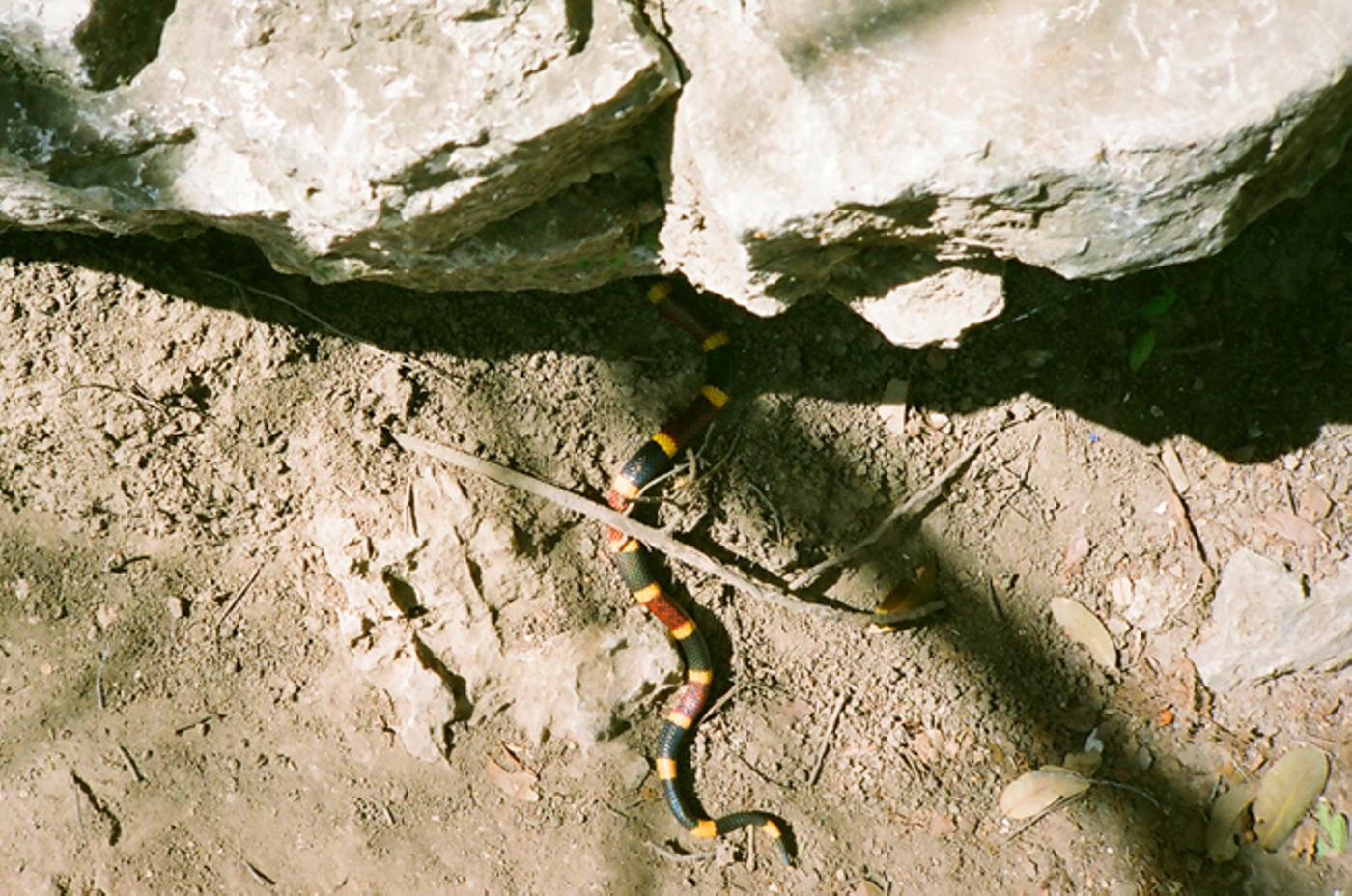 Red and yellow, kill a fellow, red and black, venom lack. Growing up in Southeastern North Carolina (what snake hunters call the tin fields) and spending a lot of time collecting pet snakes, you quickly became familiarized with this saying. While the exact wording differs from place to place, the message is clear. If a snake has red bands, touching yellow bands, steer clear.

I didn’t have much of an option to “steer” anywhere last week on the Greenbelt. Instead, I hopped off my bike like my excited 15 year old self would have done and contemplated picking up this gorgeous Texas Coral snake. Instead, I pulled out my Yashica and took this photo. Handling venomous snakes isn’t anything new to me but disturbing the wildlife on a trail is something I try to avoid, even if it’s a beautiful creature like this.

The Texas Coral is closely related to the Eastern Coral, the snake that I grew up catching in NC and these rear-fanged snakes pack a powerful neurotoxin, akin to cobra venom. Corals are nocturnal hunters who usually feed on other snakes like earth or worm snakes (it’s very rare to see one during the day). They’ll also feed on lizards, frogs and even baby Coral Snakes. There hasn’t been a reported death from a Coral Snake bike in the US for over 100 years, but there are dozens of bites reported.

Unfortunately, the rest of my riding buddies weren’t as enthralled with “that fucking snake” as I was, so I let it be.