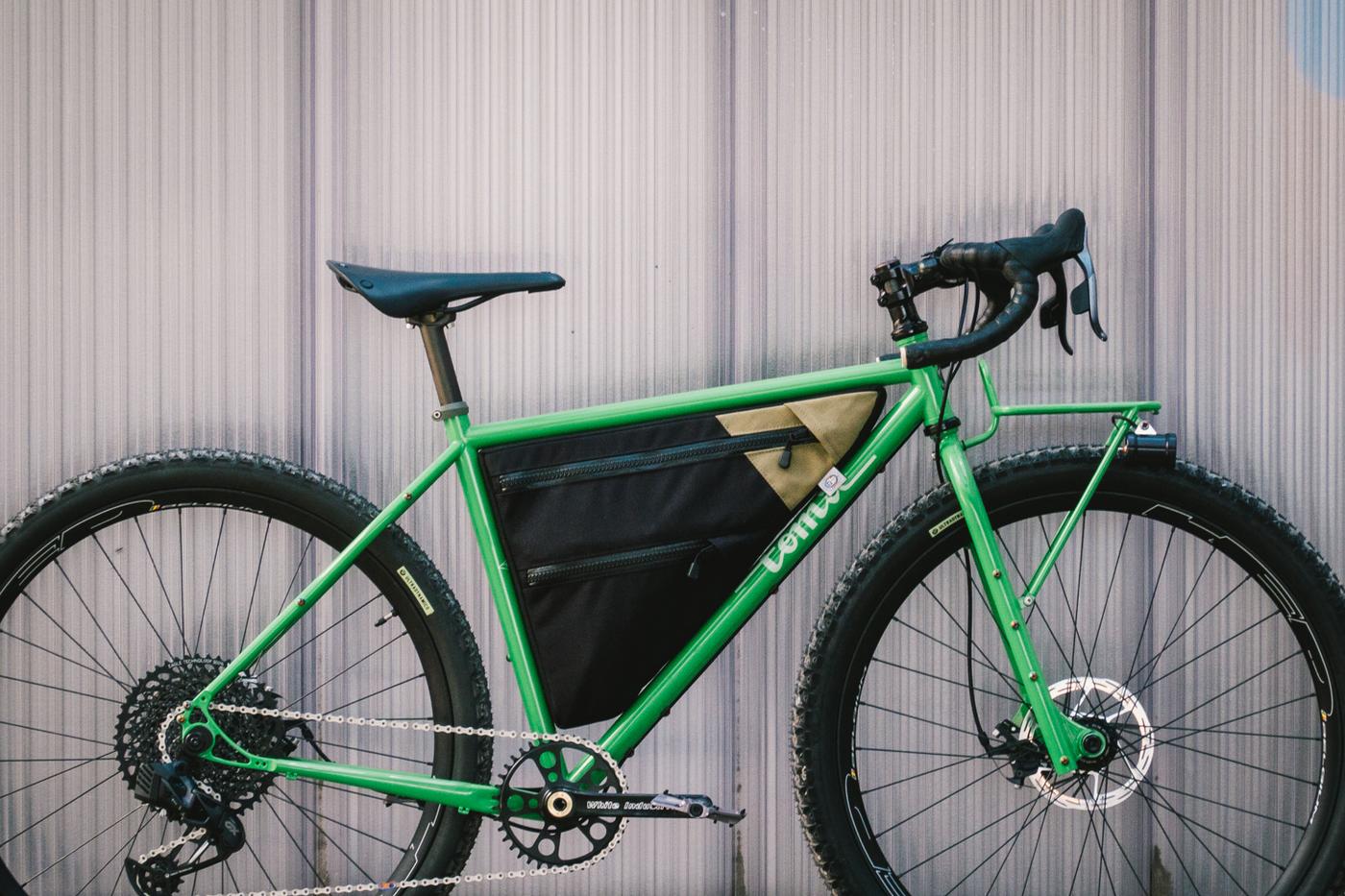 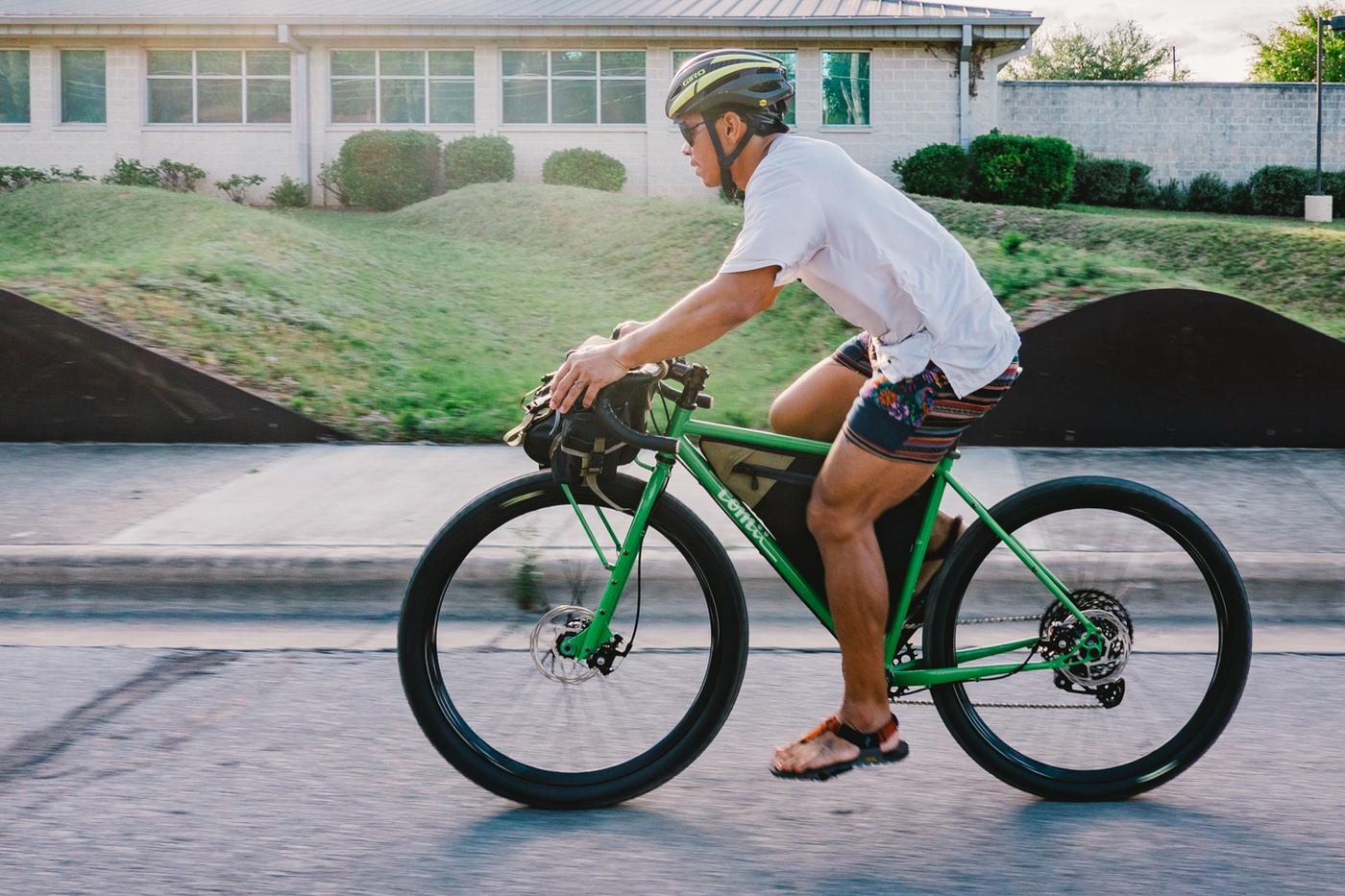 John Trujillo is a firefighter, Chihuahua dad (of four: Batman, Edy, Tiny, and Dino), former bike messenger, and ex-Cat 1 road racer based in Austin, TX. He’s ridden every genre of bikes possible – from track bikes to feather-light road bikes, cross bikes, gravel bikes all the way to full squish mountain bikes. Despite them all, he always wanted a custom build from Nao Tomii, who’s a close friend of ours. 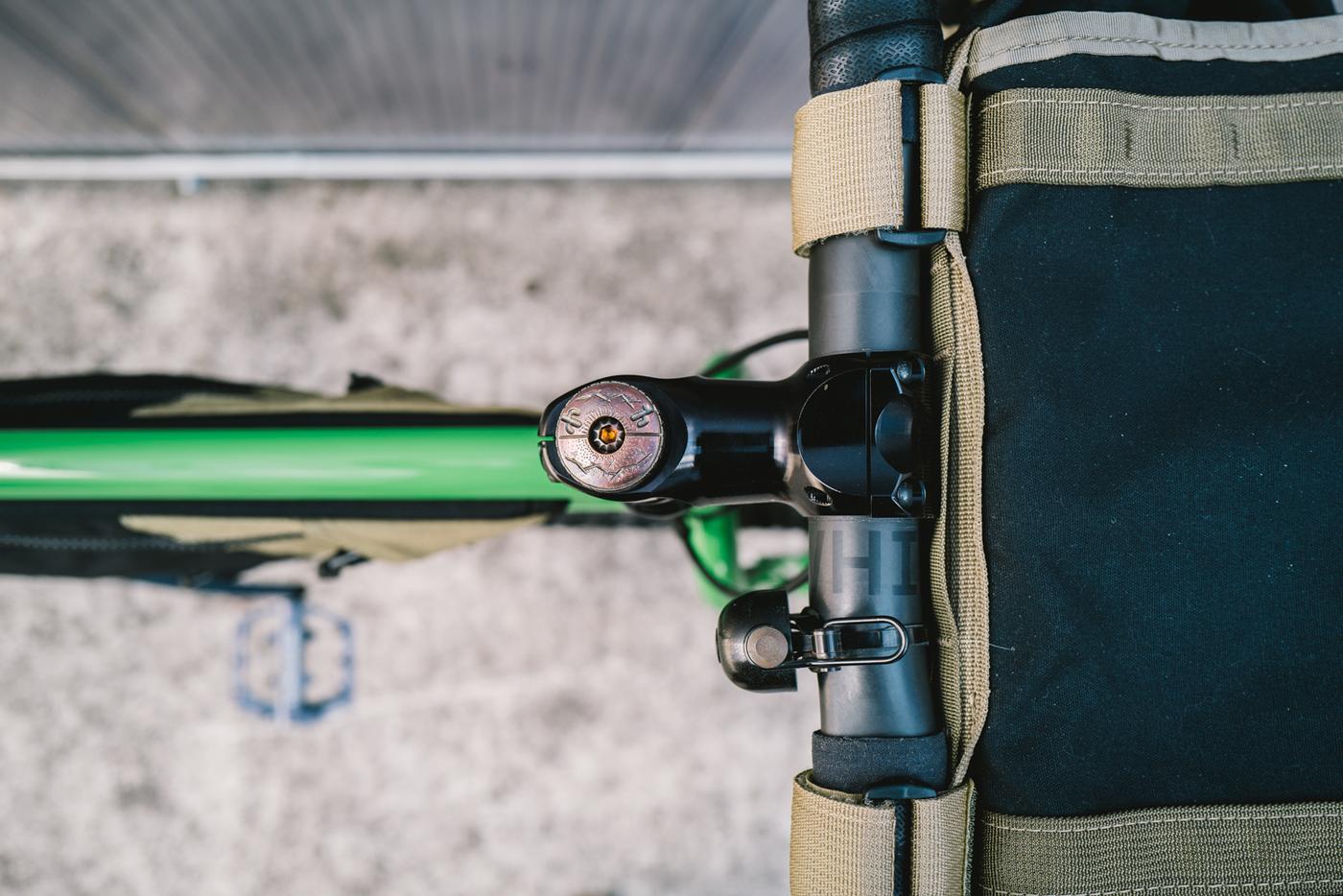 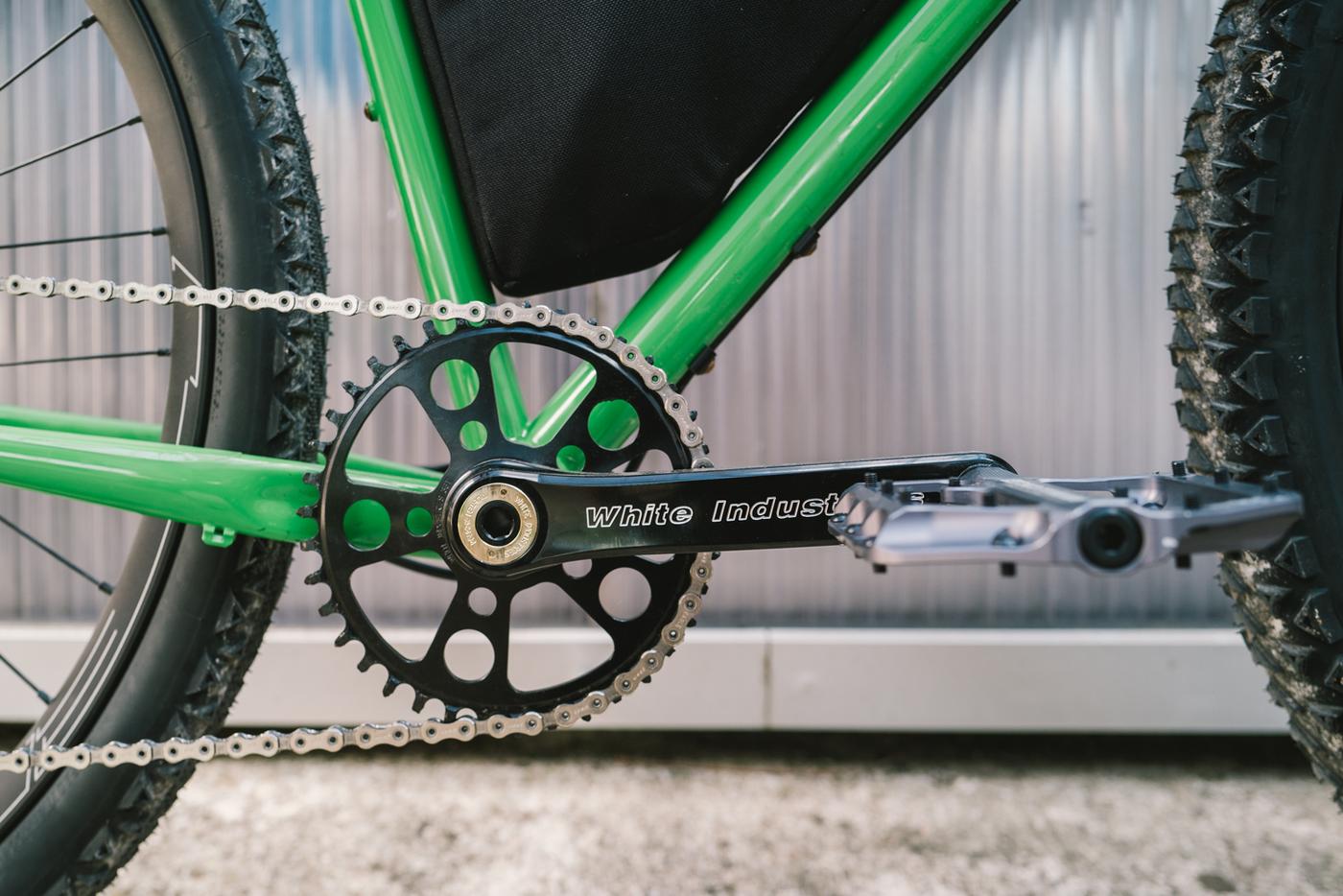 Nao was born and raised in Japan, and worked as a sculptor for 12 years.. During that time he created pieces that have been featured in numerous galleries around Boston. In 2006 he got bit by the cycling bug and started making his own chainrings which lead to frame building. According to Nao’s own words, “A sculpture can be appreciated both aesthetically and functionally, just as a bicycle can be. Sculptures that I can custom build as a beautiful bicycle for my customers, is always my number one goal.”

When John finally got into the queue he knew he had to make it worth it. He worked with Jordan Gomez who convinced John to make this piece an heirloom piece with a badass custom fork. There’s so much artistry in this bike but the fork will be the main protagonist. 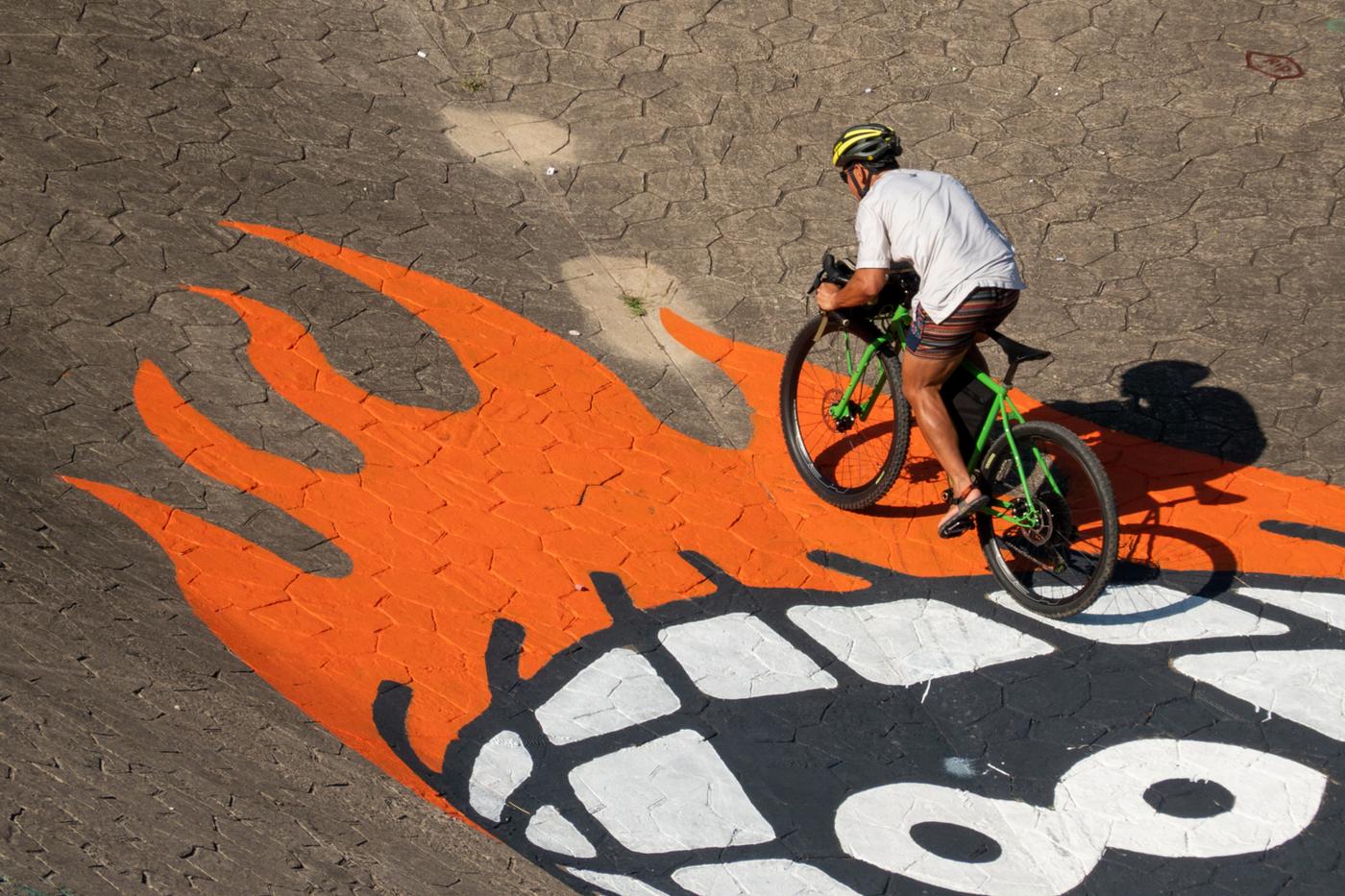 Nao designed the bike for the gravel, trail, bike packing and also carrying “Tiny” (John’s favorite chihuahua) to his favorite coffee shop Flitch. He based the geometry on the Fat Canvas (one line of his handcrafted stock framesets with a combination of tig and brazing that come in 11 different sizes) and added more off-road/touring functionality (Heavy-duty fork with many water/rack mounts, front rack, dynamo light, and trails). 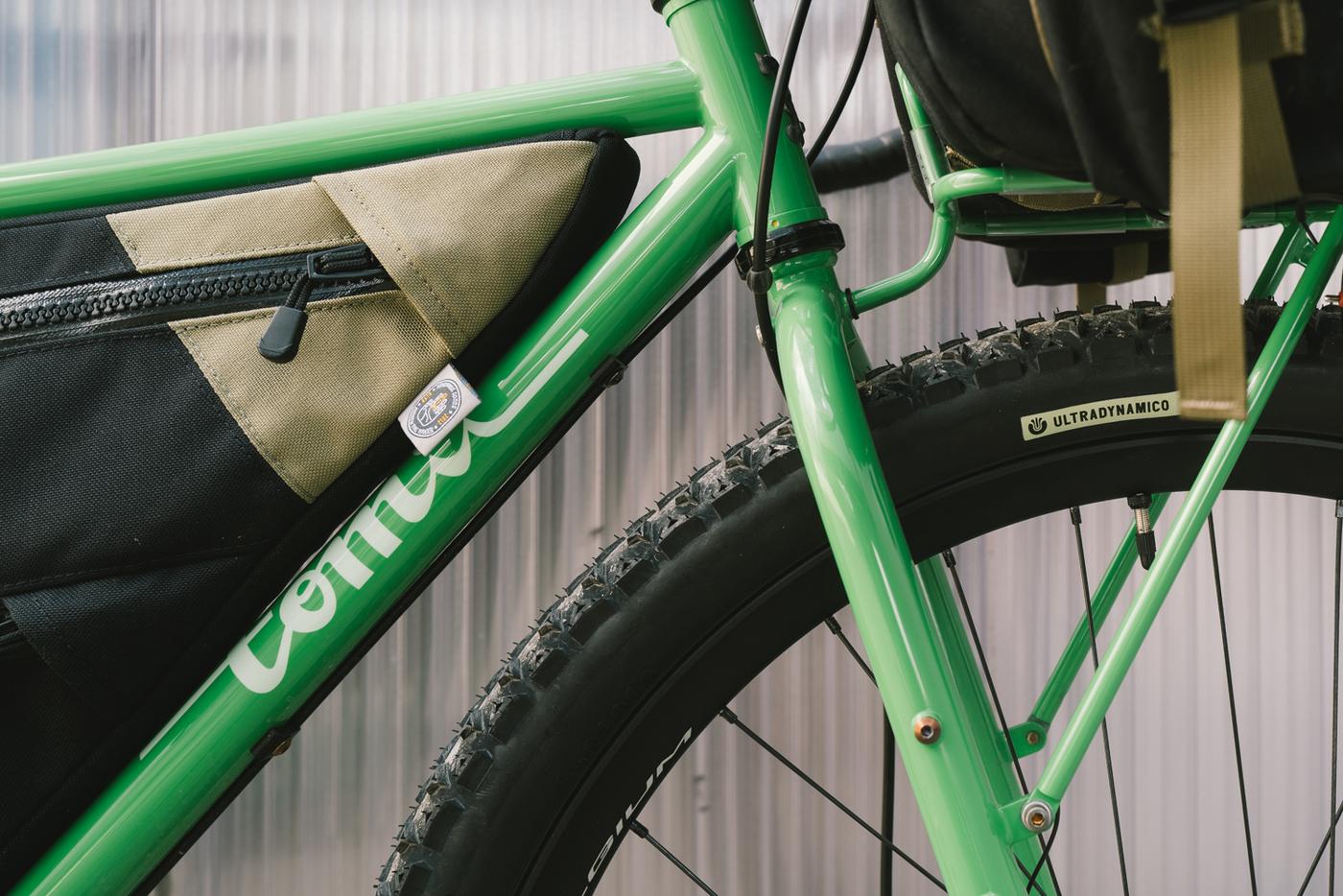 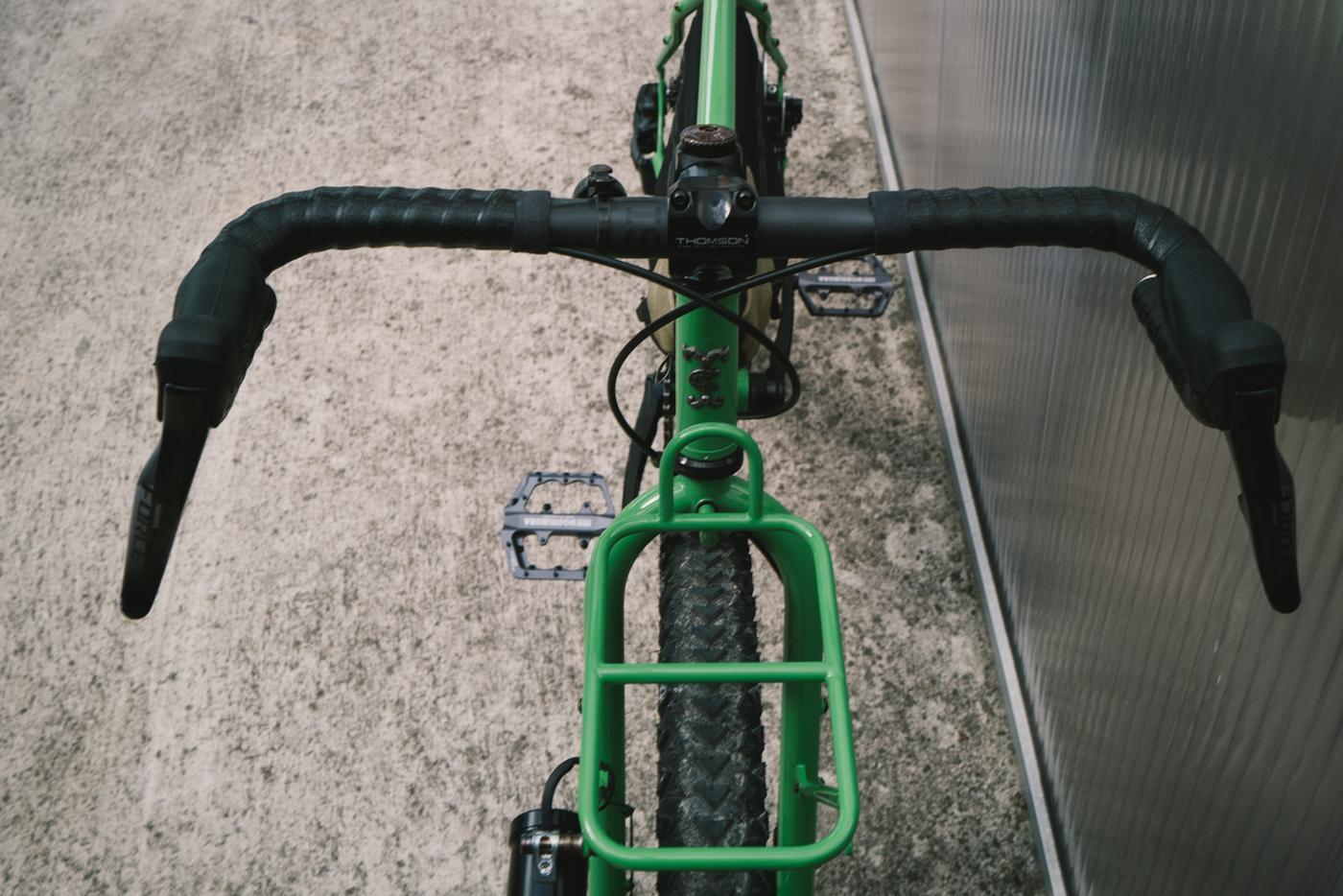 How do you choose a color for an heirloom bike? The original idea for the color came from John riding out in the desert in Arizona. The way the bright greens pop in the sandy background giving it a yellow hue. John described the green he was envisioning, and Nao found the exact color in a vintage Porsche. The actual colors are RAL6018 and RAL6019 custom painted by Jordan Low. The small paint detail and crystal clear finish is incredible to see in person. It feels like a sculpture in a museum where you marvel at how the light keeps changing as it hits the bright green. 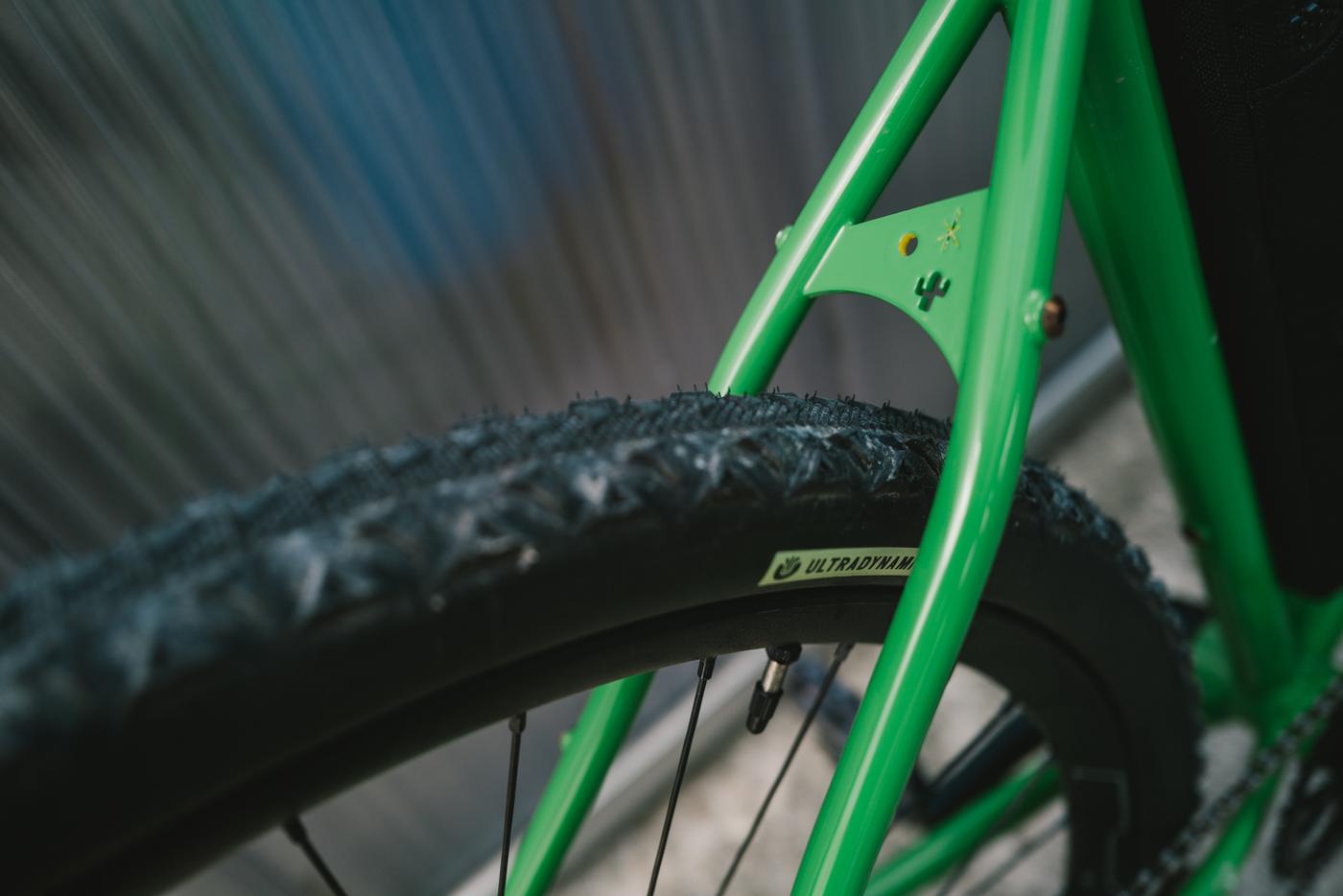 Nao made the custom fork as his first attempt to build BMX-style dropouts. The tricky part was to still fit a 160mm rotor but the problem was no match for Nao’s craftsmanship. The cactus and moon details are favorite signature touches of Tomii.

Some of you may be wondering how the framepack is secured without any of the straps. The custom frame bag made by Andrew The Maker is bolted onto the frame! It’s super secure and looks classy as hell.

The final build was put together by Jordan Gomez of Gomez Projects. We gathered a group of homies and went out and rode some trails in East Austin. 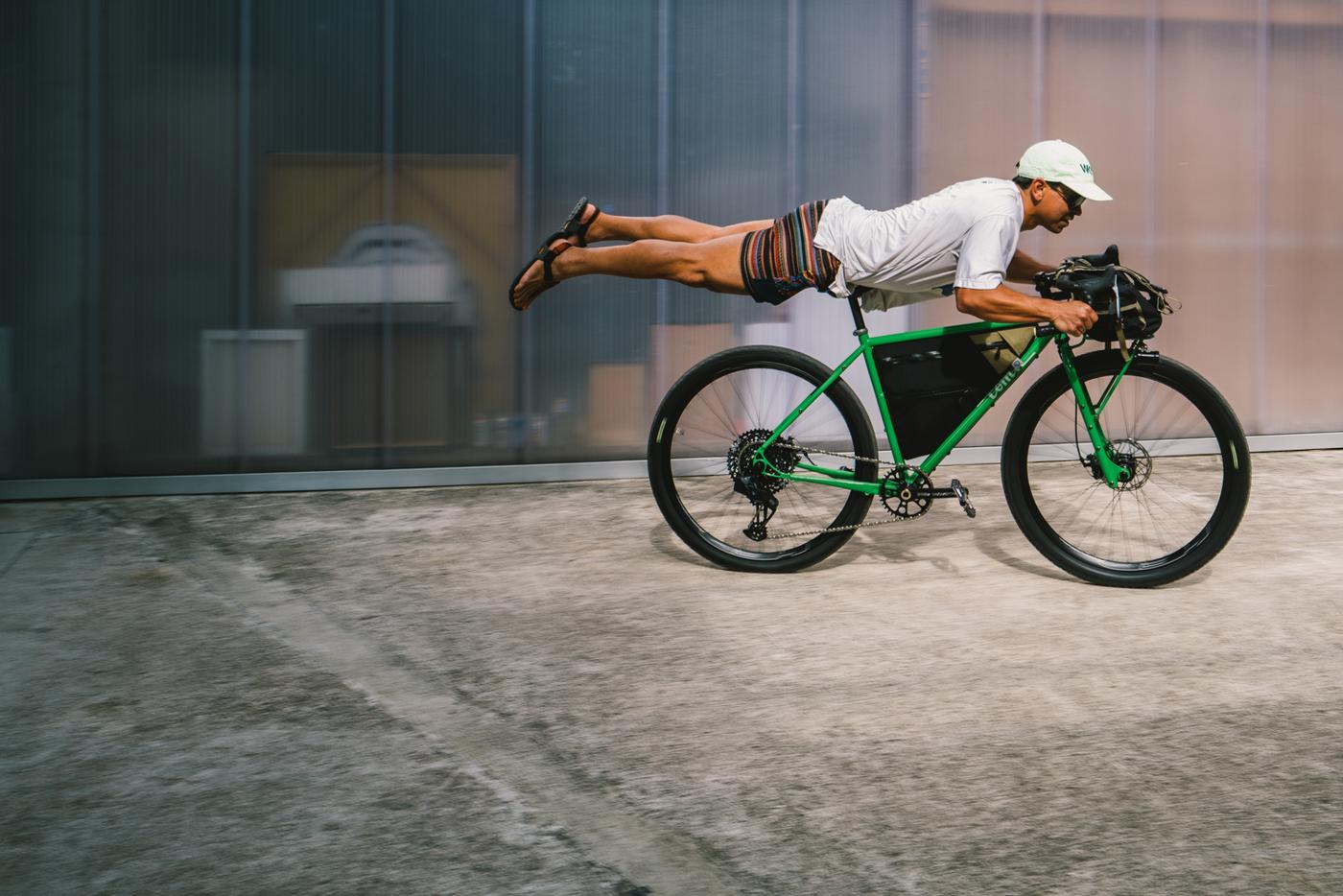 I asked Nao whether he thought of names for the bike. He threw out a few options: What do you think, John? It’s your baby.

“Man, I’m gonna need a trip to the desert to figure that one out.”

In the meantime, it’ll be John Trujillo’s heirloom Tomii.