This week’s Readers’ Rides photos are so sharp, we decided to share it as a full gallery. Hanson Little is an ex-pro BMX shredder and the hands behind Dark Realm Cycling, a brand that operates alongside his partner Vanessa’s Shop Realm. These two put out exceptional bags from their Austin, TX home. We’re featuring Hanson’s Crust Bikes Evasion Lite, a less-burly, lighter Evasion. This stripped-back version is quite the frame! Let’s look at it in detail below.

The Evasion Lite’s most noticeable feature is the straight 1 1/8″ Crust Bikes carbon fork with internal dynamo routing and brake cable routing. The fork and frame use flat mount brakes, of which Hanson chose Yokozuna Motoko brakes. Instead of the rocker dropouts, the Evasion Lite uses fixed 142mm x 12mm rear dropouts, in efforts to shave weight and keep it simple. There are also integrated headset cups. 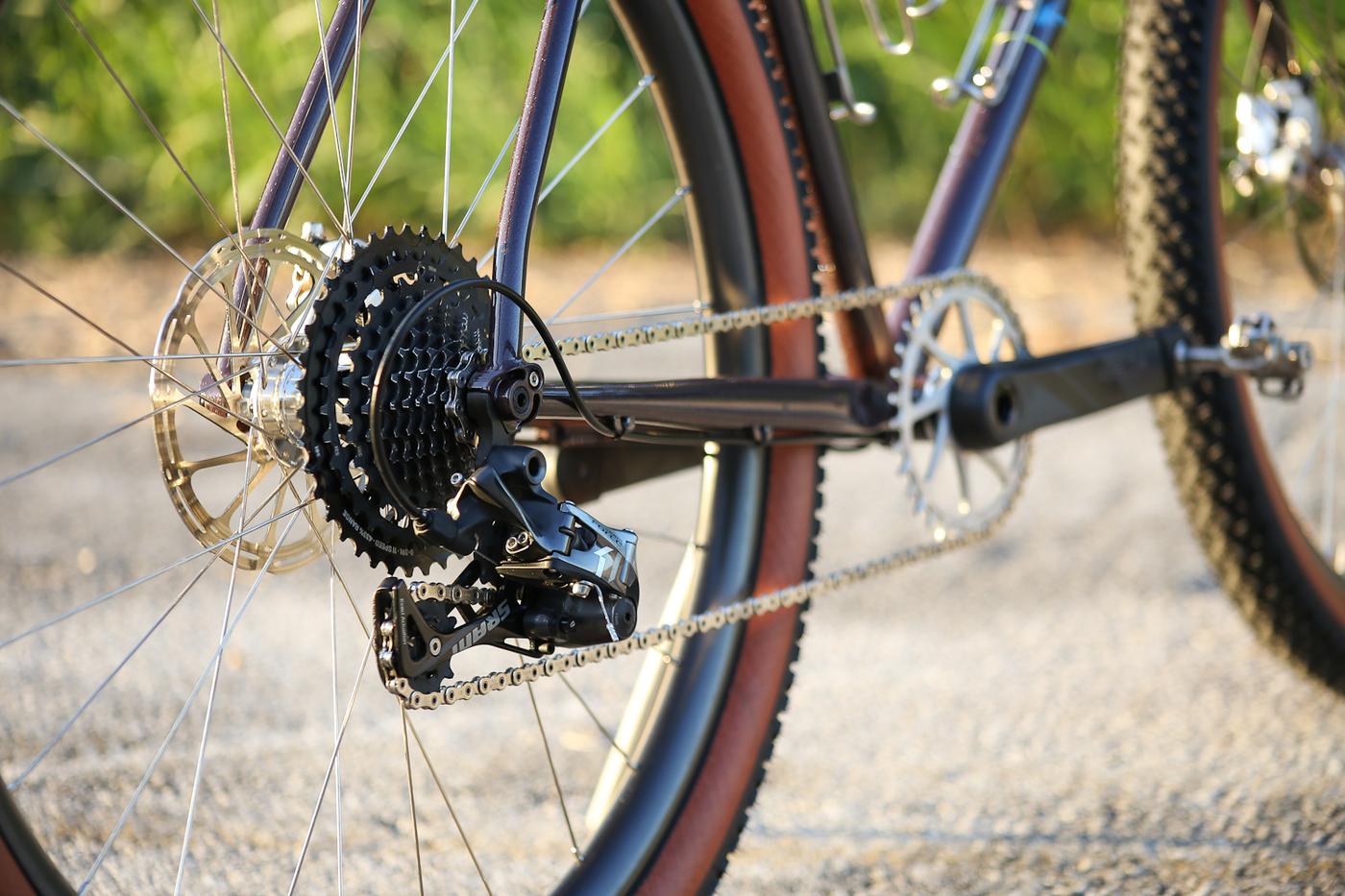 One of the holdouts from the standard Evasion is the 73mm standard threaded bottom bracket, which means the Evasion Lite uses MTB cranks. For those, Hanson used Raceface Next SL G5 cranks and a Garbaruk 34t chainring. 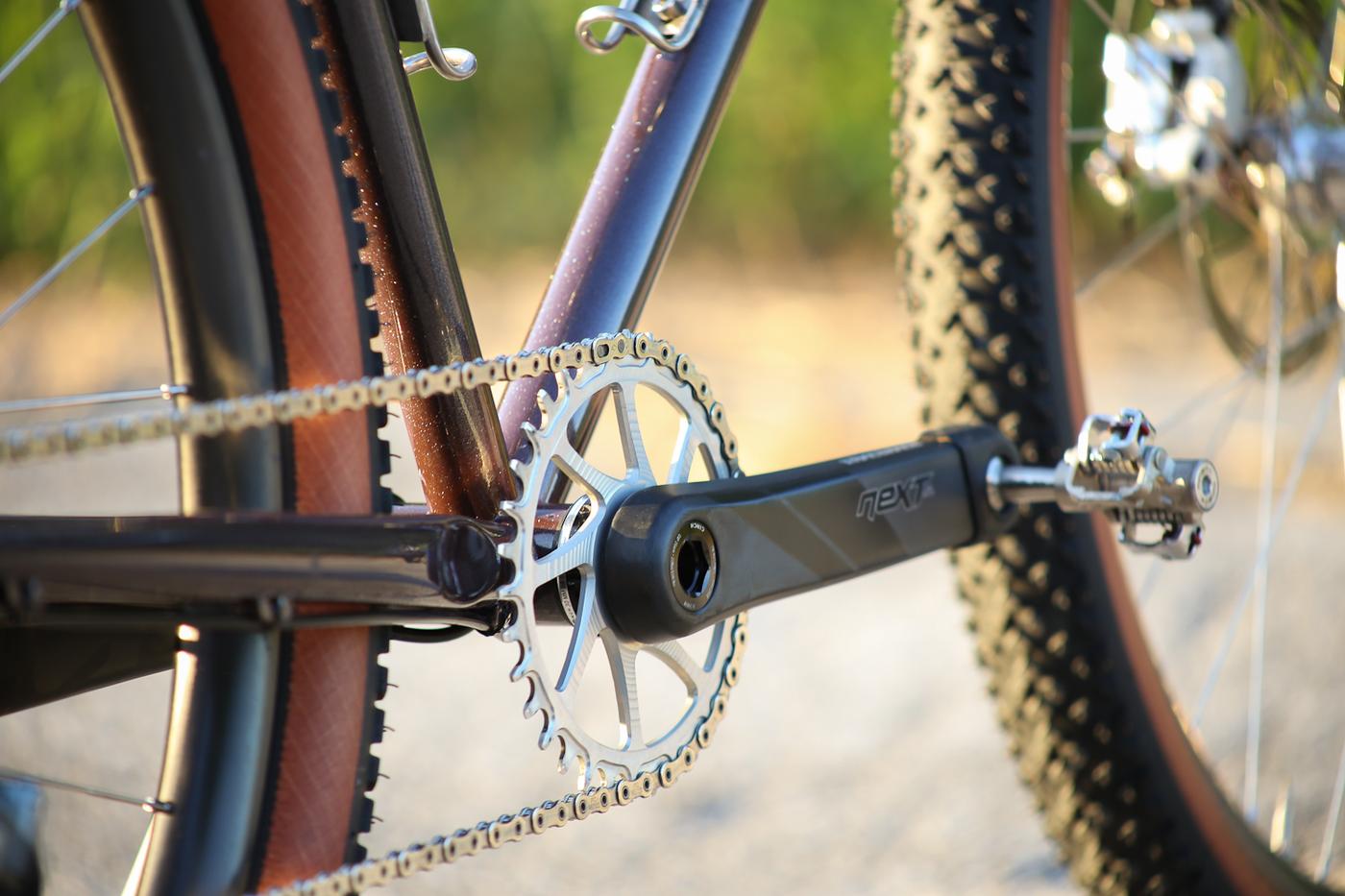 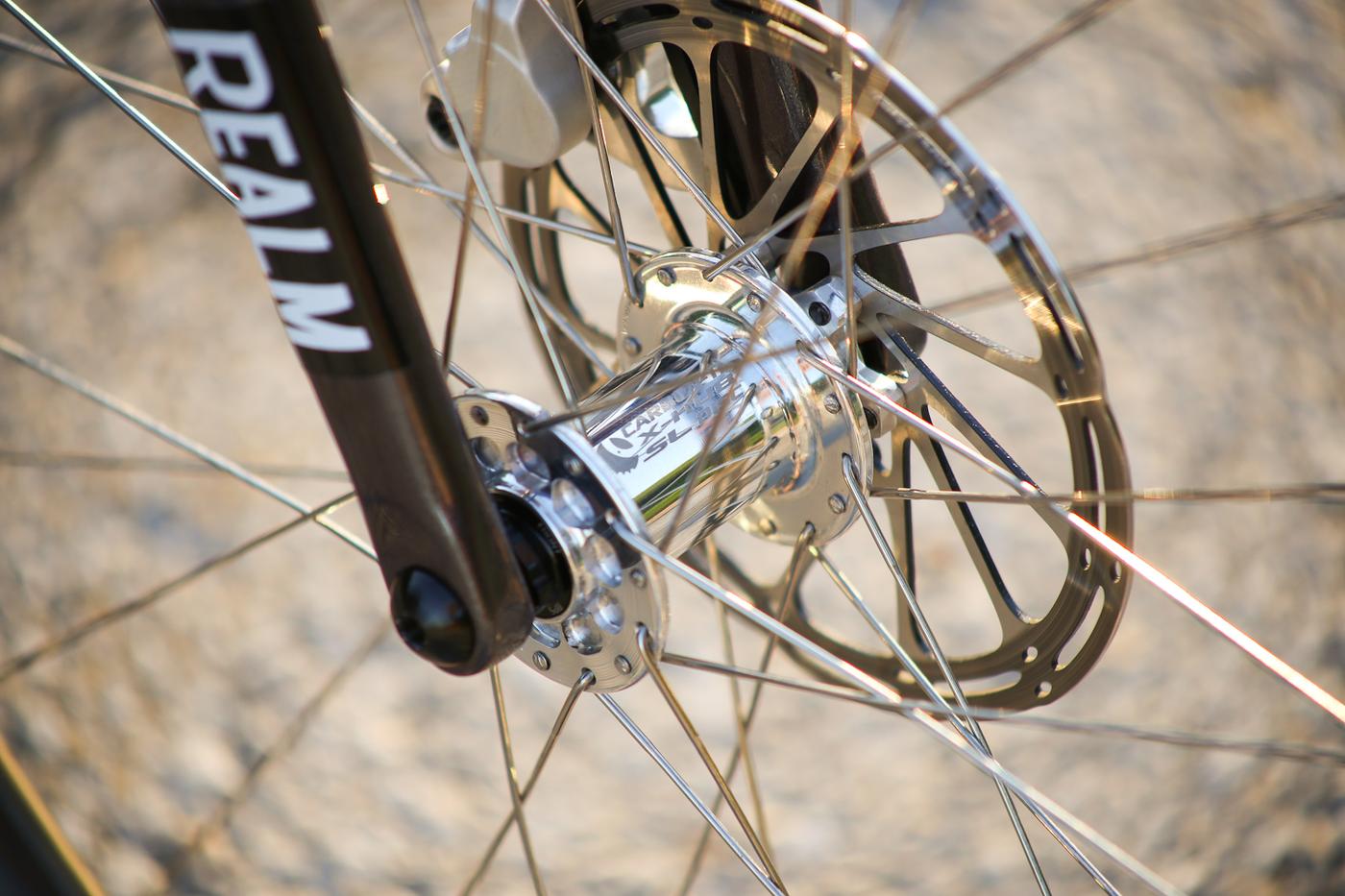 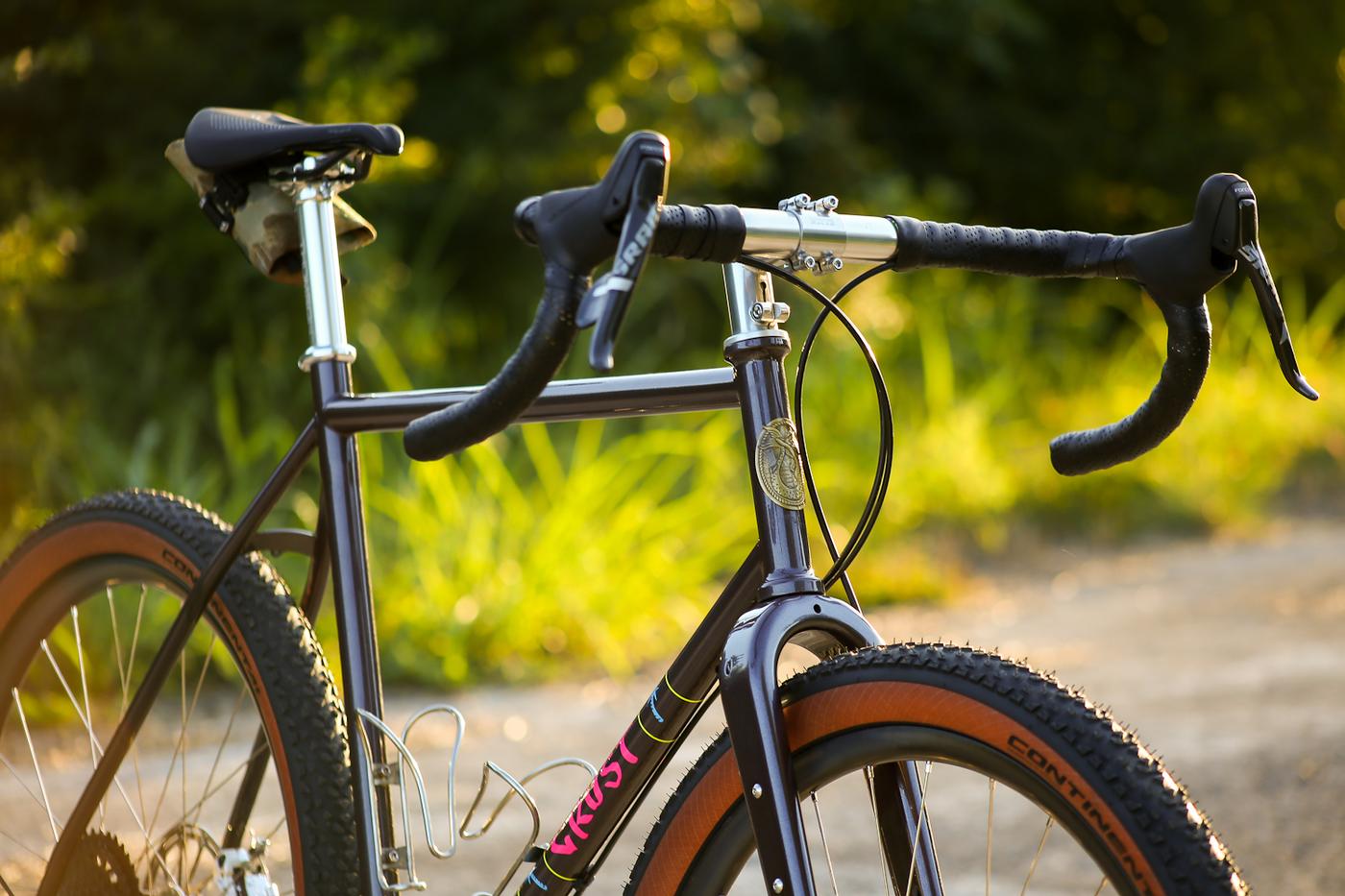 Overall, the only complaint Hanson has is the Yokozuna brakes started leaking after a few months. Wahn wahn. 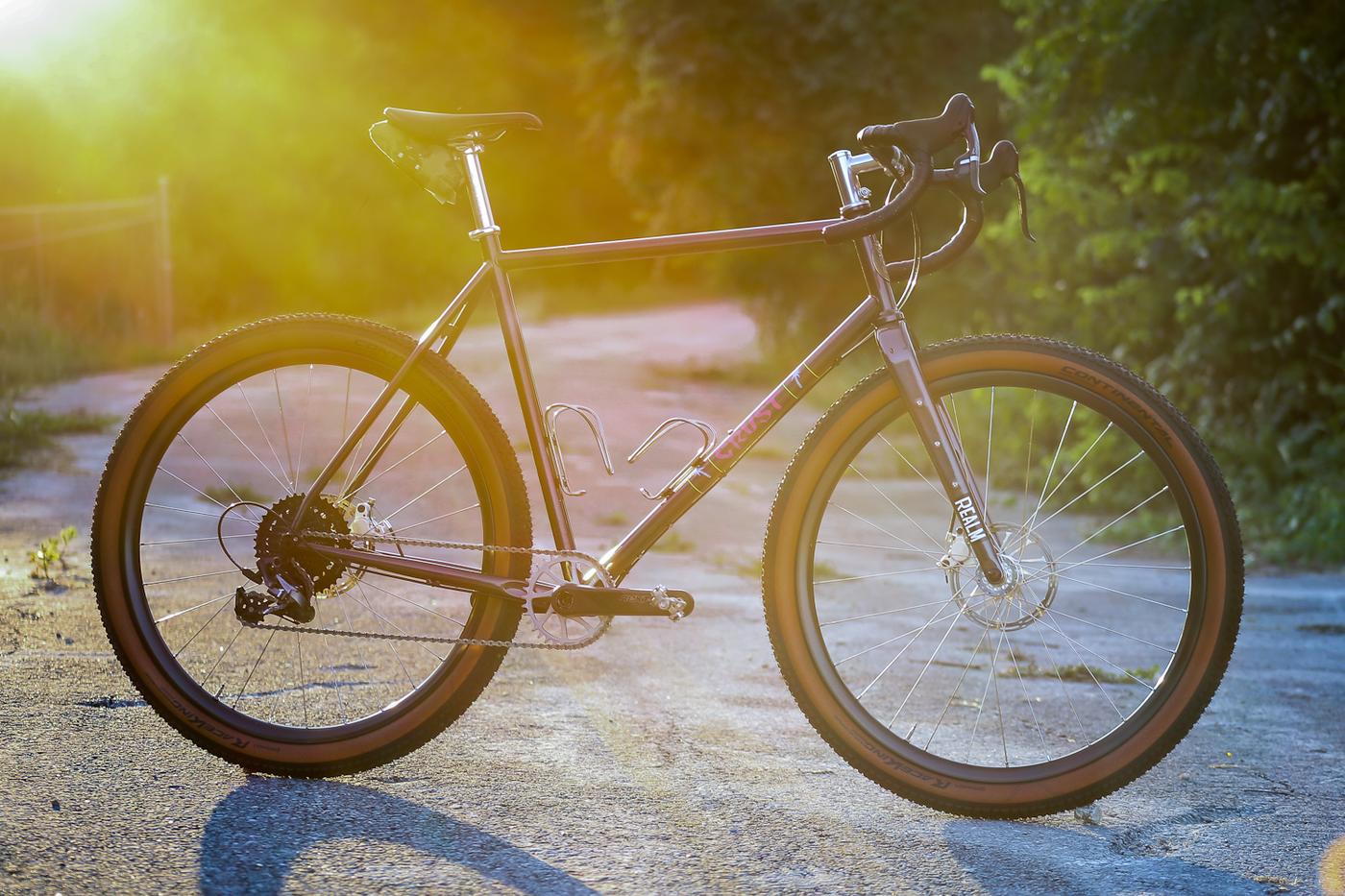 Hanson has had both the Evasion and the Evasion Lite and this is by far his favorite. His Evasion, built ultralight came in at 26lb, which he raced XC and gravel races, winning both multiple times. Whereas the Lite built similarly only weighs 20lbs. Not bad! I wonder how he’ll do on it once bike racing begins again?

So what do you think? Evasion or Evasion Lite?