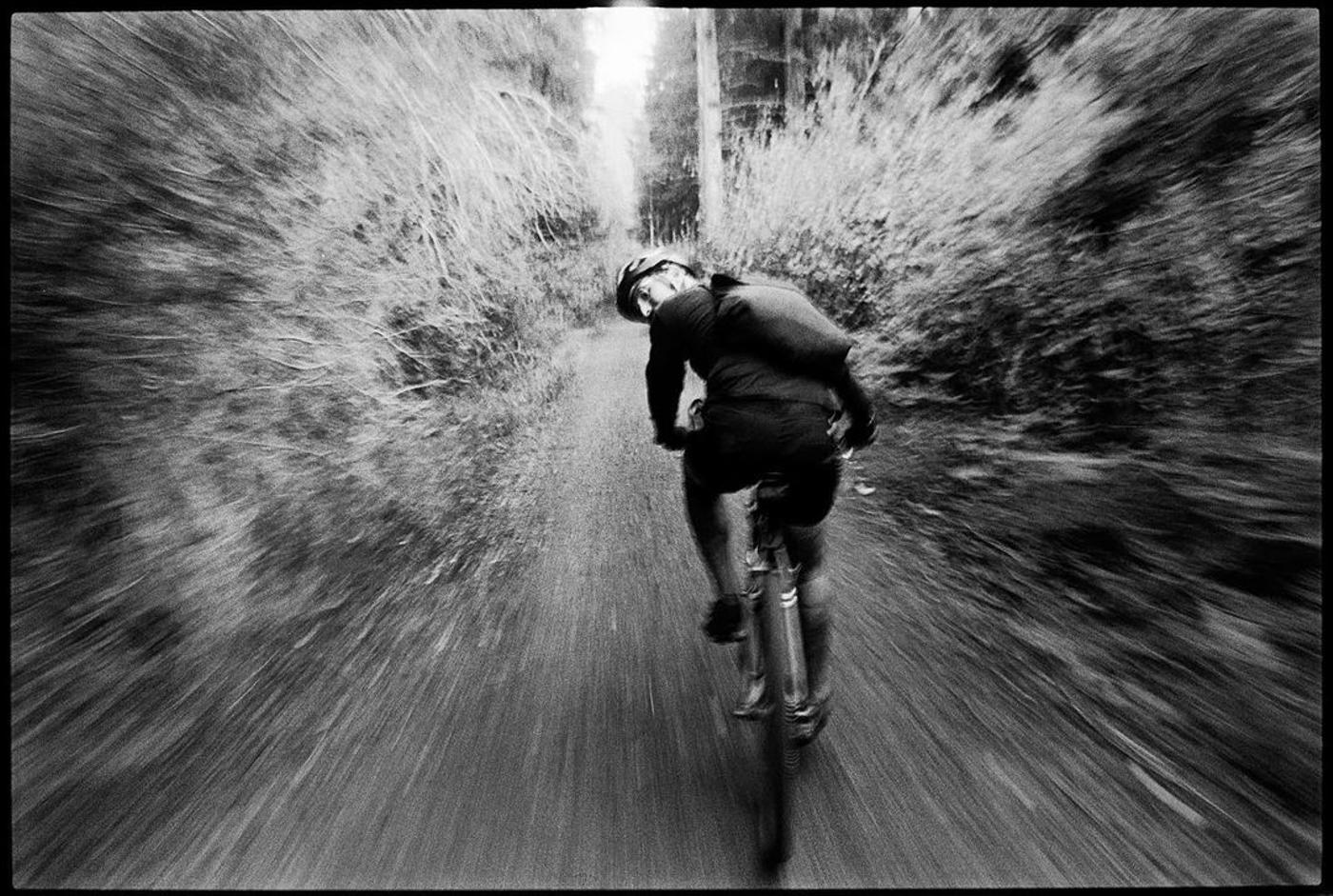 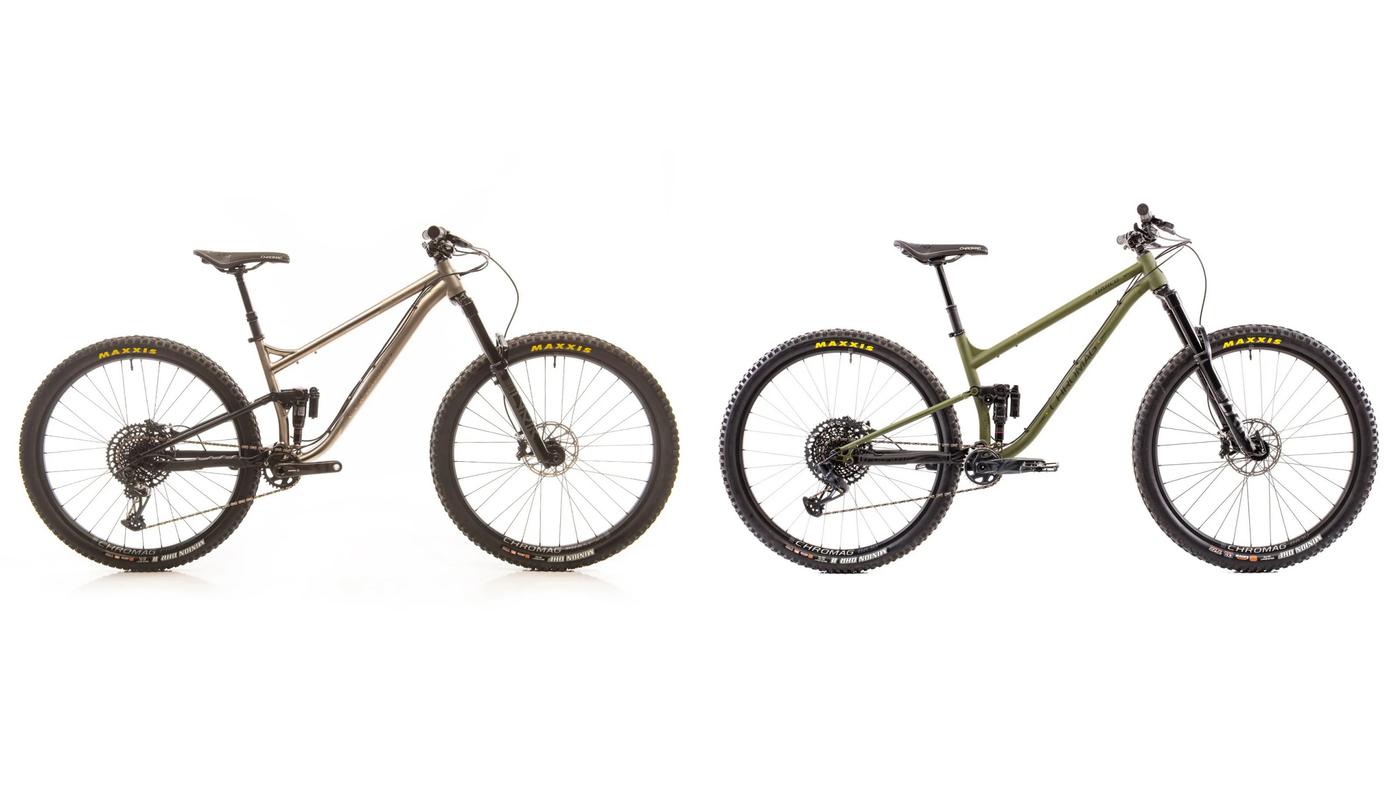 Chromag has been making bikes for almost 20 years, and all of this knowledge and expertise has trickled down into creating The Darco. As you might have expected, this bike draws strongly on Chromag’s steel hardtail roots, while offering a little more cushion in the rear.

The Darco rolls on 29” wheels and has 150mm of travel up front paired with a stout 120mm in the rear, a hardtailers full-suser if you will. Chromag’s geometry philosophy has carried right over onto this bike, pairing slack head tube angles (64°) and steep seat tube angles (78°), with ample room up front (490mm reach on M/L). Perfect for the type of terrain Chromag has in the Sea to Sky, steep climbs, and steeper descents.

Available in titanium or steel and shipping now from Chromag. Wilde’s signature drop-bar touring bike, the Dream Engine, is built with big miles and big plans in mind. A true go-anywhere, do-anything machine, if you can conceive it, you can achieve it aboard the Dream Engine. The Dream Engine is hand built in the USA and designed for Tour Divide racing, backcountry exploration, fire roads, and single-track excursions. Of course, it can also crush gravel and tour as well.

It fits a large tire, has boatloads of mud clearance, and was built with all-day and multi-day comfort in mind.

You’ll find a full suite of features that include:

Check out more at Wilde. 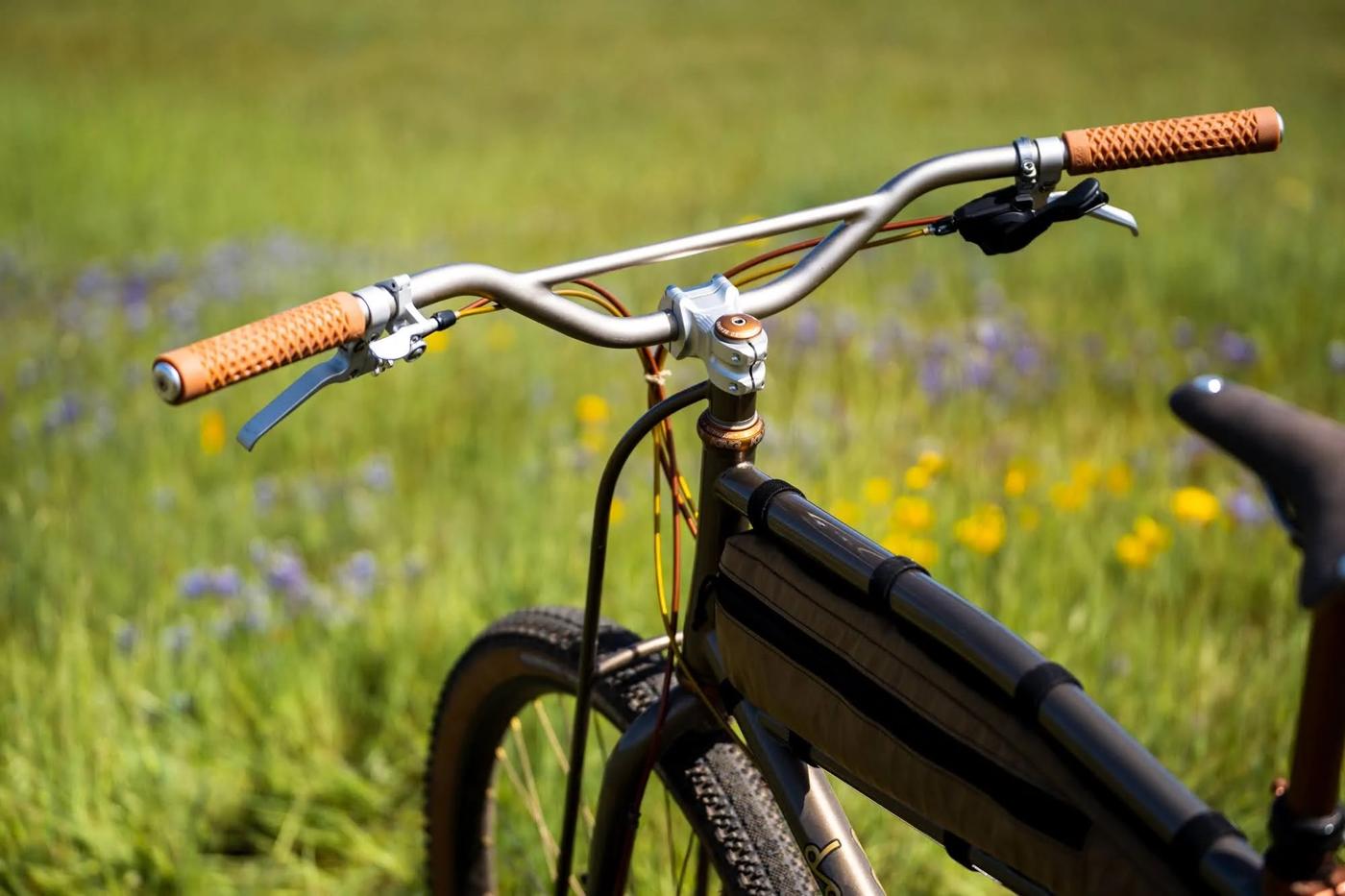 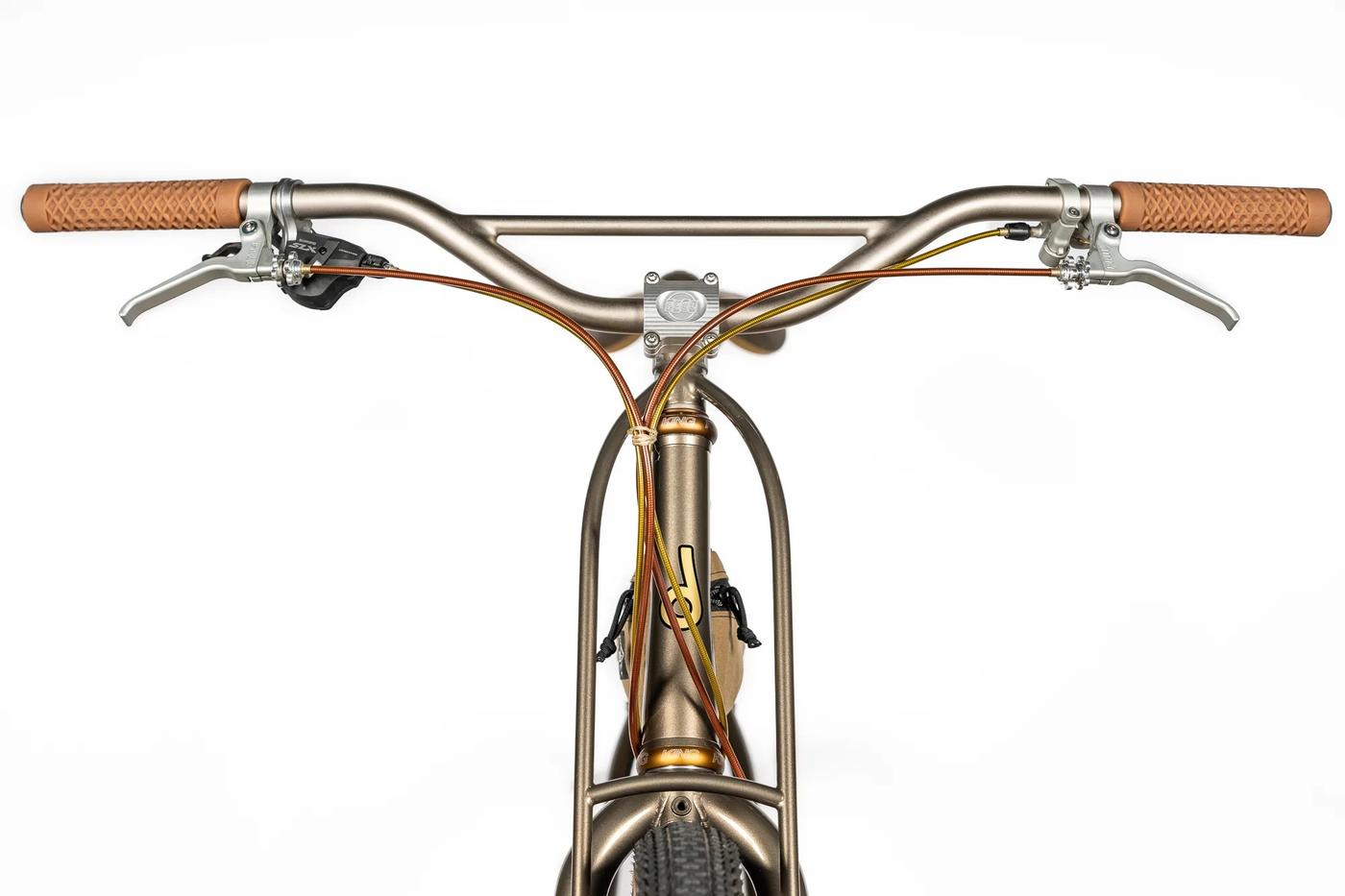 Sim Works and DOOM Bars first teamed up at the release of the new Doppo High Plains Drifter, yet the limited run flew off their shelves. Well, Keaton at DOOM has just whipped up another batch of bars for Sim Works and they’re in stock now. Speedvagen started with single-speed cyclocross bike in 2007, so it should be no surprise that cyclocross is still its favorite of all disciplines. Maybe that’s because the culture of cross (camaraderie, celebration, and racing your guts out, 100%) matches its values closely. Much of Speedvagen’s distinct aesthetic comes from lots of head-scratching about how a cross-machine could be better. The details run deep, and they’re all there for a reason. If they made the cut, it’s because they make the bike faster, or better for shouldering, or to solve the ages-old canti brake issues. If not, they’re gone. This progression has pushed the progression of the Speedvagen ‘cross bike model.

That’s why starting right stinking now, CX bikes will always be Speedvagen’s most affordable bike option. With stock-sized frame sets starting at $5150 and custom geo starting at $5995. Choose your paint, geared or single speed, and let them take it from there. You will be racing by next season! 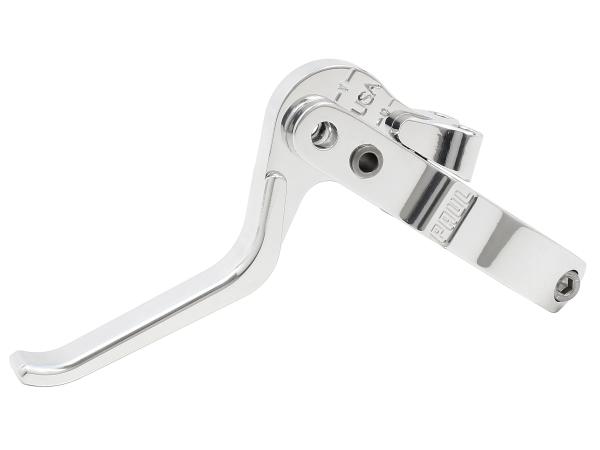 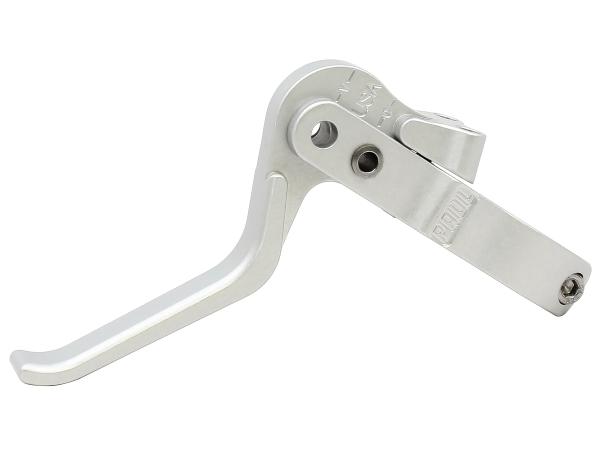 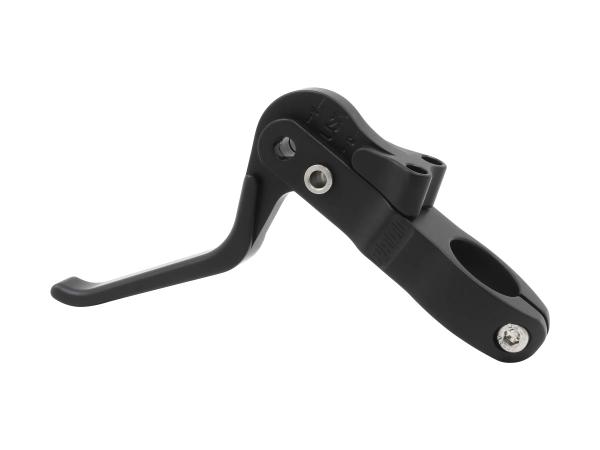 PAUL Duplex Lever is Back $152

The Duplex Lever was originally designed for bike polo players, to allow them to use both brakes while swinging a polo mallet with their free hand. Since its introduction the Duplex has generated considerable excitement among adaptive cyclists as well. These nifty levers use inline barrel adjusters that can be installed at any point along the brake cable housing. This keeps them safely out of the way of stray polo mallets without sacrificing adjustability.

The perch of the Duplex is symmetrical and allows it to be used as a left or right-handed brake lever by removing the pivot and flipping over the lever arm. Additionally, the double pivot allows the Duplex to work with either long or short-pull brakes, just like the Cross Lever, by placing the pivot pin in the inner or outer pivot hole.

A reach adjust screw can adjust how far the lever rests from the handlebar, putting it right where you want it.

Check out the Duplex Lever at Paul Component Engineering.

Dante Young, one of the team members of the Miami Blazers, is not only a strong athlete but also an incredible human – A role model to his community and the next generation that brings diversity and talent to road racing like no other. In this episode of This Rider from Canyon Bicycles, we learn more about Dante. From a childhood in a rough neighborhood to discovering bikes and becoming a role model to kids from a similar background.

“I love the self-filming process. There’s something very meditative in there for me, and recently I decided to go the solo route for a concept I’ve been chewing on for a couple of years. I filmed “sticks & stones” on some local mid-Atlantic trails with a goal to create a stylized, dark, gritty, and chilly homage to the nuanced yet brilliant riding opportunities afforded to east coasters during “stick season”. The dirt is ever damp, the sight lines free from obstruction, and the chill in the air a welcome respite from the oppressive heat and humidity of the summer. There’s a surreal quality to riding in the woods this time of year, and it’s one of my favorite things about riding bikes on the east coast.” -Brice Shirbach

After life in the city became a little too insular, photographer Marius Nilsen decided a more adventurous change of scene was in order. With his home now a cosy house situated four hours north of Oslo, he’s rediscovered his childhood excitement at the opportunity of exploration. After a few ultra distance races Marius realised the competitive environment wasn’t for him and returned to the essence of his desire to ride – adventure. Nowadays, a successful ride is one he doesn’t want to end.

Photo by Will from @Rivbike

If you ever need some analog photography inspiration, look no further than Rivendell! Nice one, Will!