The last time I brought up the notion of a Proprietary Geometry, there were only a few trick bikes available. In the past few months since that post, it seems like every company is putting out a 700c trick bike. Most of which do not release the geometry, for good reason. What is it that makes these bikes all different? Is there a deciding factor that seems to work for one bike and not another? 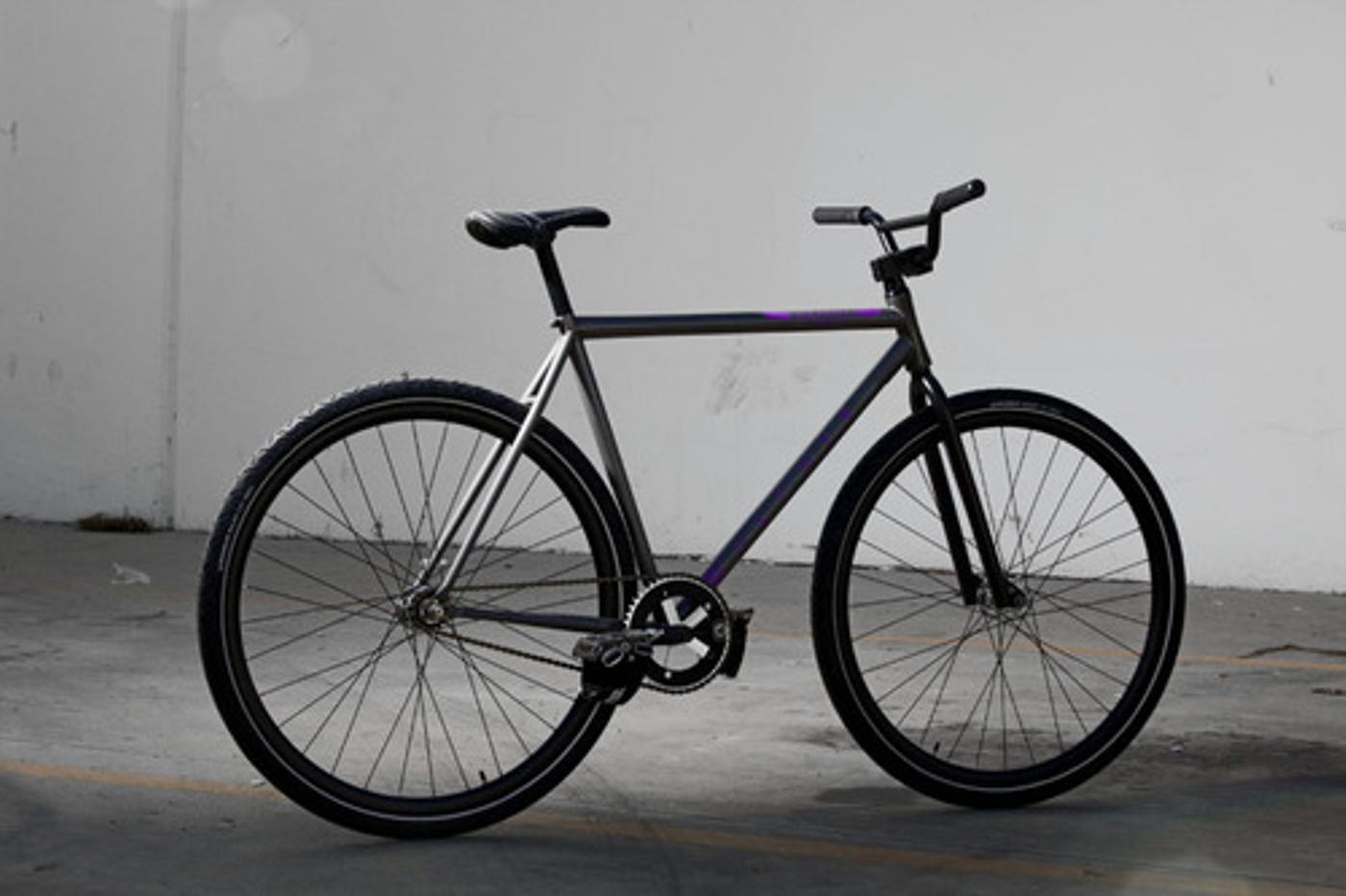 When I first saw the Volume Thrasher, I was pretty impressed. It’s not easy to nail down the market demand on a new bike, especially with the “twenty six fixed” riders all wanting to clear a 2.5″ tire on their smaller wheels. Volume has learned a great deal from their sponsored riders during the time they developed the Thrasher. Puckett, Congo and Mosher all had a say in the bike’s design. Through PR&D, they’ve nailed down the geometry, specs and a release date (slated for May, 2010) for the frame.

I’m still stoked on the bike but one thing caught my eye; the angles. Now, assuming the Thrasher was designed around a fork with a specific axle-to-crown length, its angles are identical to the Milwaukee Bruiser‘s with a 74.5° head tube angle and a 74° seat tube angle.

Here’s the specs off the Volume Fixed site: Is this the magic ratio between track and bmx? Fixed and free? Personally, I love it and I’ll be interested to hear what new owners of the Thrasher have to say once they get theirs in the mail. Now, I am in no way trying be a bully here and call Volume out. I’m simply making an observation and stating the same thing I said last time;

What do you guys think? Volume, if you’re reading this, feel free to comment as well. I want to open up a discussion here. Was the frameset designed together, or is the fork going to affect the angles? What led you to looking at these angles and experimenting with them? Hopefully we’ll hear some responses. There’s a thread going on over at Trick Track, so head over and read up on the discussion there.