Rivelo is owned by Darby and John Bennett. John was employed at Rivendell for over ten years, so I’m guessing he most definitely knows his shit when it comes to all things Rivendell. I’m also guessing he’s probably read every single Rivendell Reader, every Blug and Blahg post ever, and I’d even go as far to say he’s probably even studied Grant Peterson’s Bridgestone Bicycle Catalogues from front to back. So if you’re anywhere near Portland and you have questions about Rivendell, this is the man you wanna talk to! When I first heard about Rivelo, I just knew I had to go! I knew it’d be the closest thing to the experience I had at Bike, Book, and Hatchet before they closed in 2016 and it most definitely was. John and Darby have put their own spin on the business model but clearly have borrowed a lot of the key components Grant used in the blueprint for Bike, Book, and Hatchet. 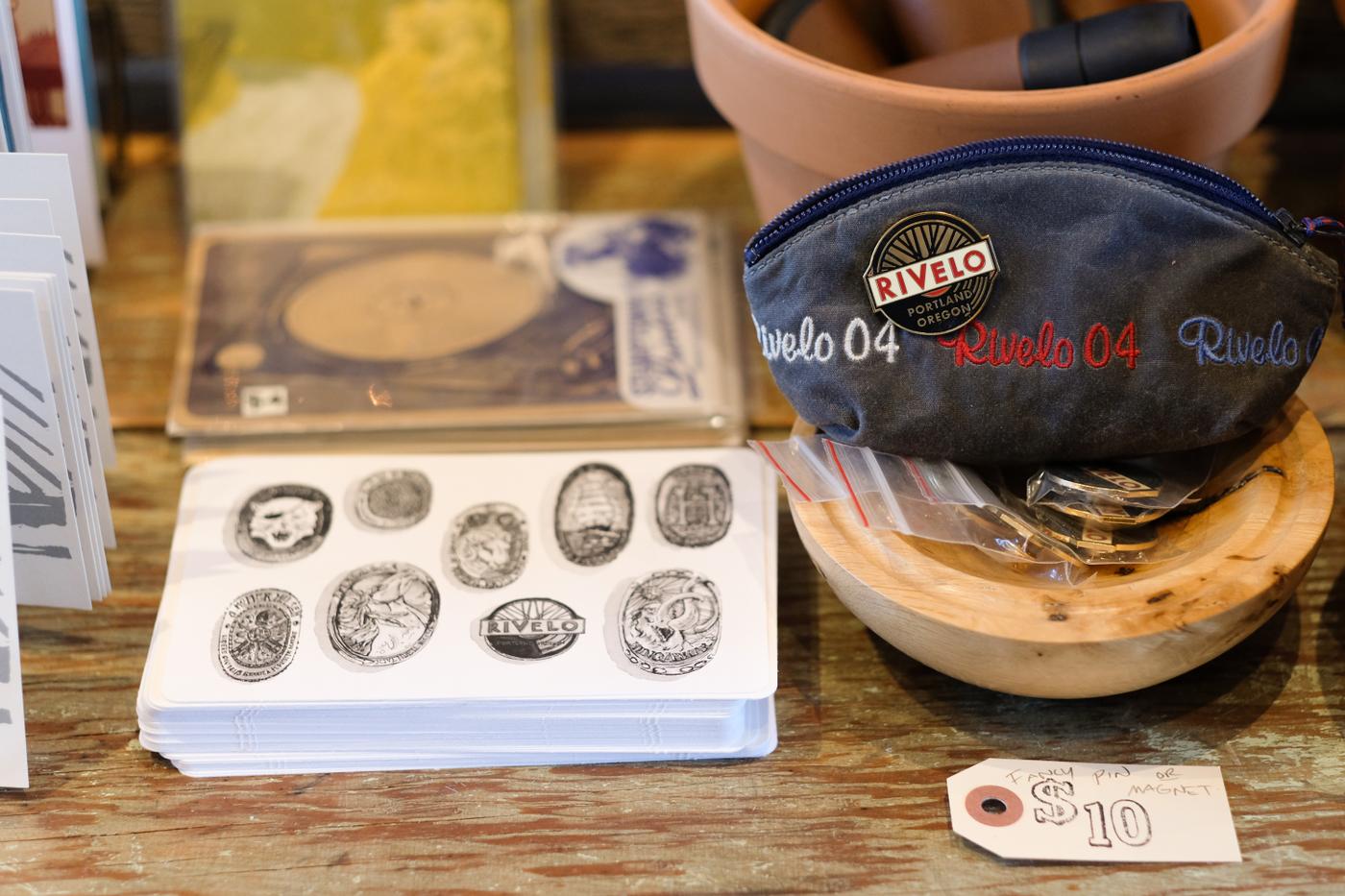 The shop is full of small chachkies, making it nearly impossible to leave without spending money, no matter how many times you visit the shop. If you’re a first-timer, you’ll probably be picking up one of their copper water bottles, their famous Fish Knife made in Czechoslovakia, or maybe even one of their many Rivendell completes. They even have their own soap made in Portland! And yes, they have Swedish hatchets too. 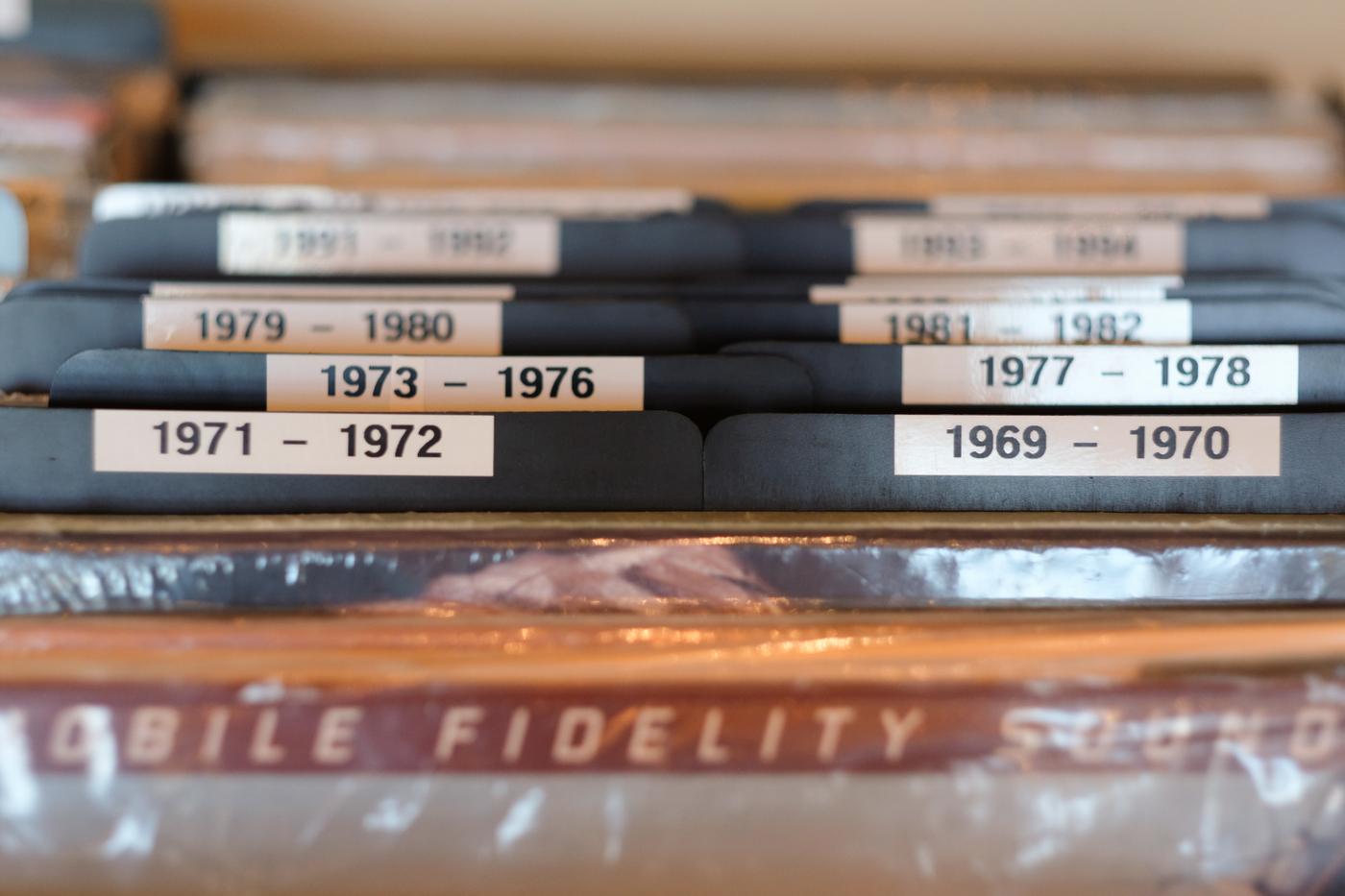 What I personally found most impressive about Rivelo was the fact they had every Bob Dylan record, bootleg, or white label ever produced at the shop, I’m guessing all were for sale for the right price. And if you know anything about Bob Dylan, you know he has more bootlegs out in the world than the Grateful Dead. So if you’re in Portland and you want a one-stop shopping experience for Bob Dylan records, Rivelo is your place. 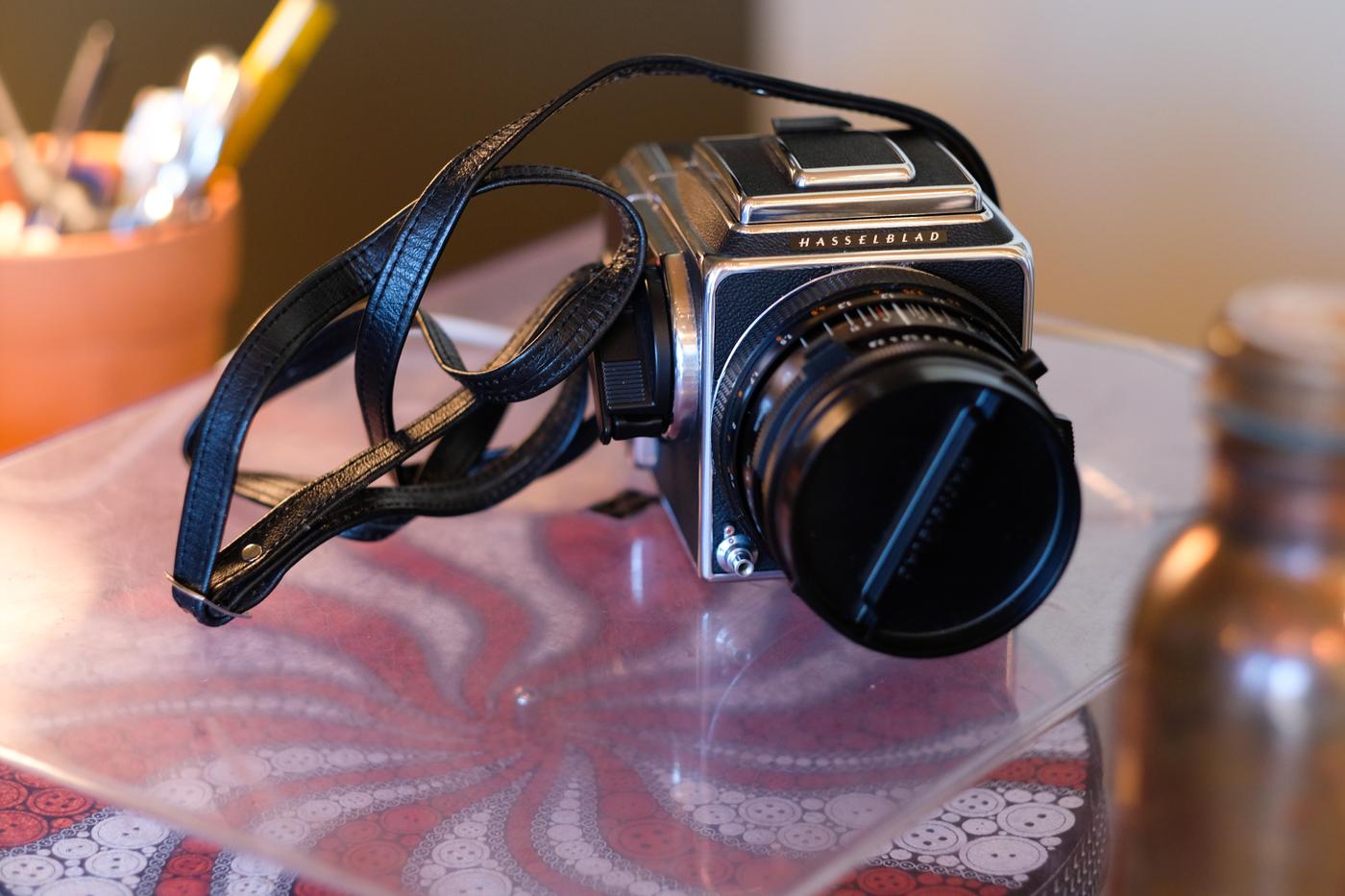 Rivelo also has more cameras in it than your local convenience store! But don’t worry these cameras aren’t recording you. John loves analog photography and has a collection of cameras that a young photo student dreams about at night. In a world of plastic bikes and Instagram famous cyclists who have probably never even touched a film camera in their life, this made me smile bigger than I have smiled in some time, and you all know I smile a whole lot. Just like Rivendells, film photography is timeless, classic, and probably one of the most beautiful things ever developed. The act of writing a story with light on emulsion, still gives me butterflies in my belly. There’s truly nothing more exciting than getting film back from the developers or developing your own film. So with that being said, Rivendell and Rivelo are hosting a Film Photo Ride this weekend, mimicking a photo walk. If you all don’t know what a photo walk is, it’s exactly what it sounds like, a bunch of photographers get together, walk around, get inspired, and take photos. This will just be on bikes, and probably a lot more fun! Roman and Will are heading up from Rivendell, and I’m guessing John will be there with all the coolest cameras.