The mid of March is usually a time where you think about the upcoming season and what kind of adventures you are going to tackle during springtime. Suddenly, the world is closing down, throwing everyone into the status of the unknown. Leaving us with restless and raving minds. Diving into the world of bikes has always been a great way of escaping reality for me. Let it be physically or virtually – if you don´t have the chance for some saddle time.

I was blessed to have the chance of getting my first taste of ultra-cycling at the Atlas Mountain Race last February. The harsh brutality of the Morrocan rock fields brought up the first ideas for this project. Rocks and smaller stones hitting my frame and rims for hours let me think about how I would repaint my bike after the race. 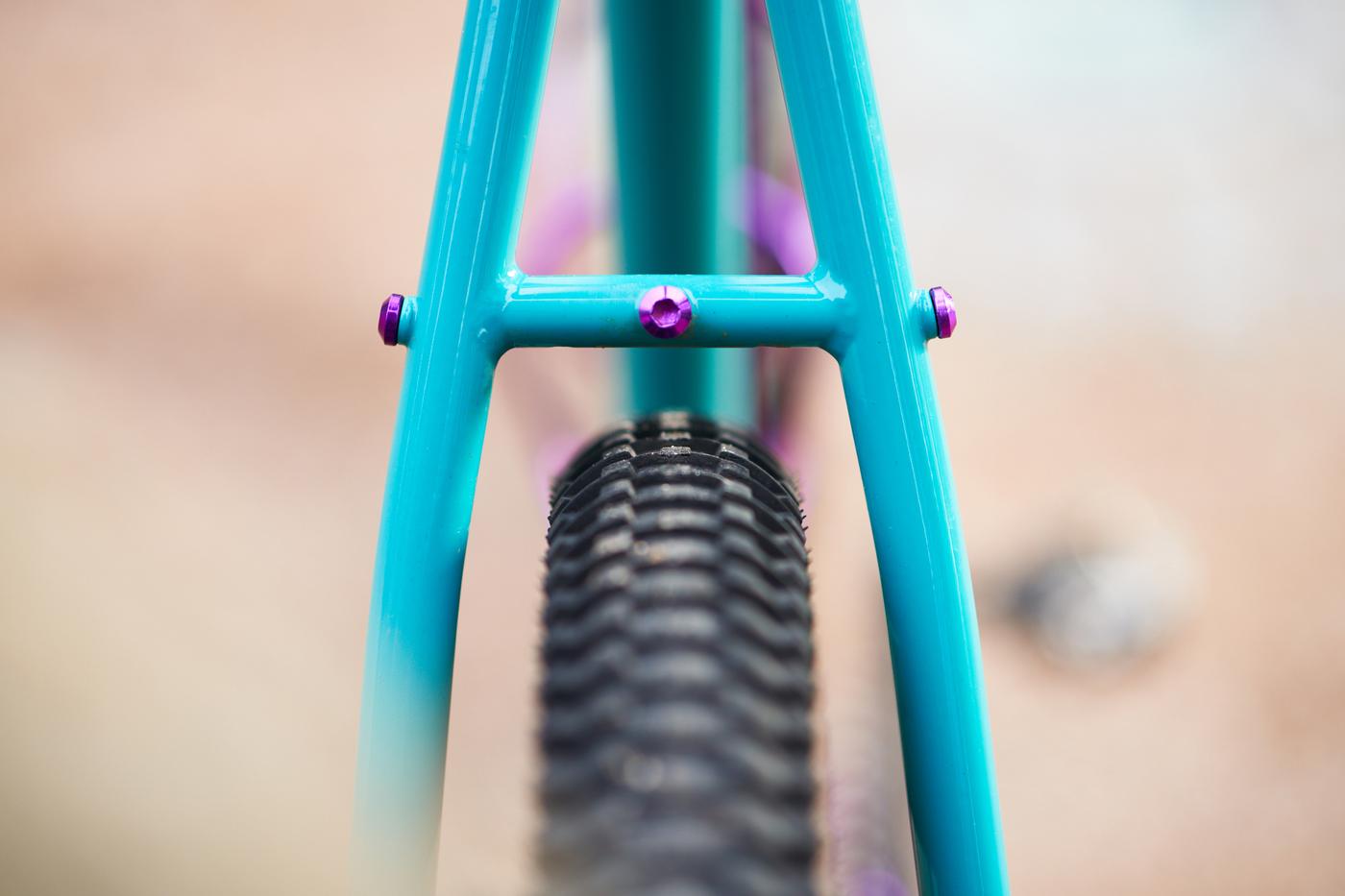 After dusting off the bike after the race the damages did not turn out as expected but I still had the idea of a vintage Yeti tribute paint scheme. 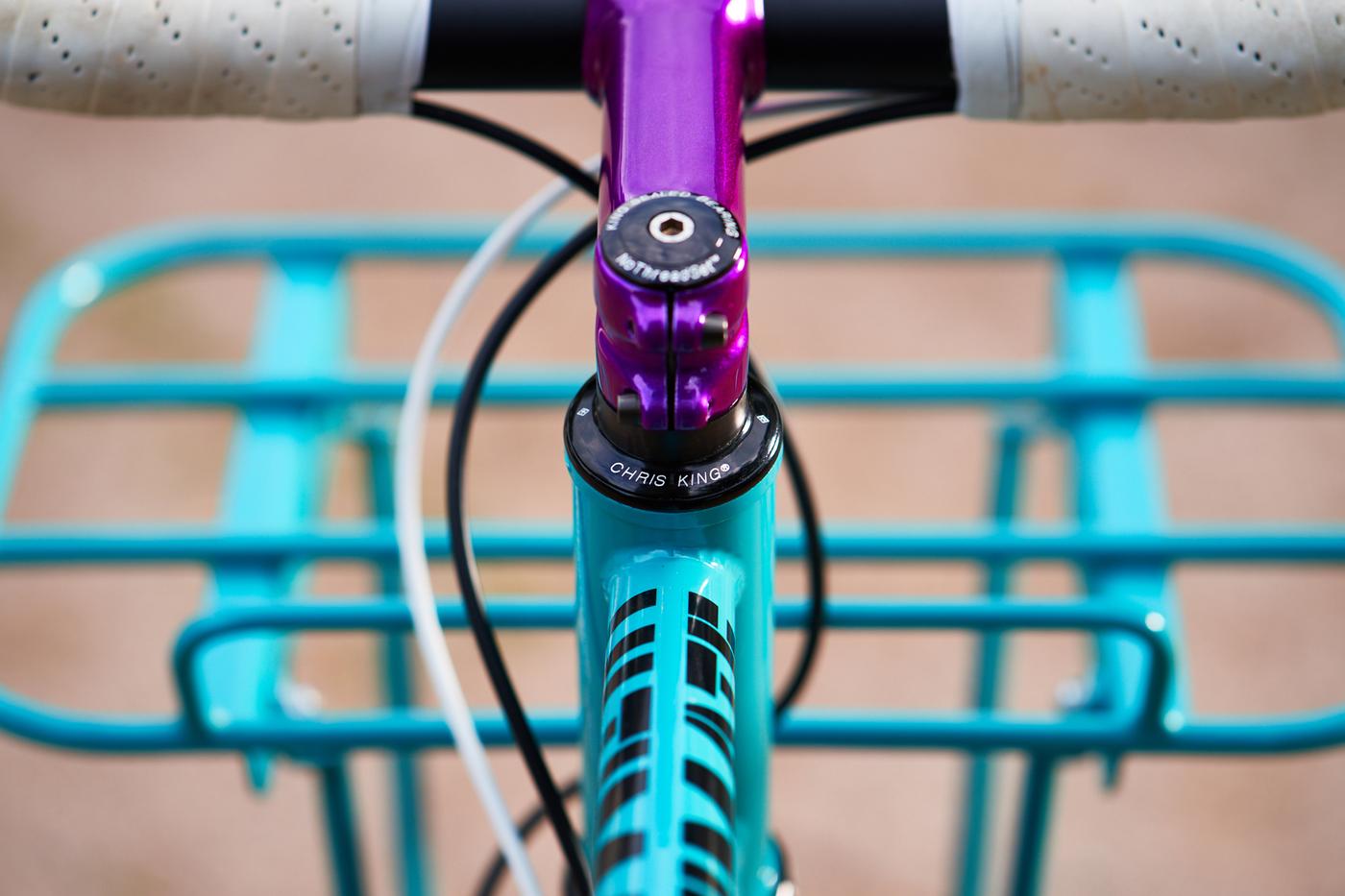 Raised with mountain bikes in the 1990s I have always been lusting for these beautiful frames but my pocket money and the paperboy job just could cover the costs for all those trashed parts from the first shred attempts as a kid. So this stood like a dream. 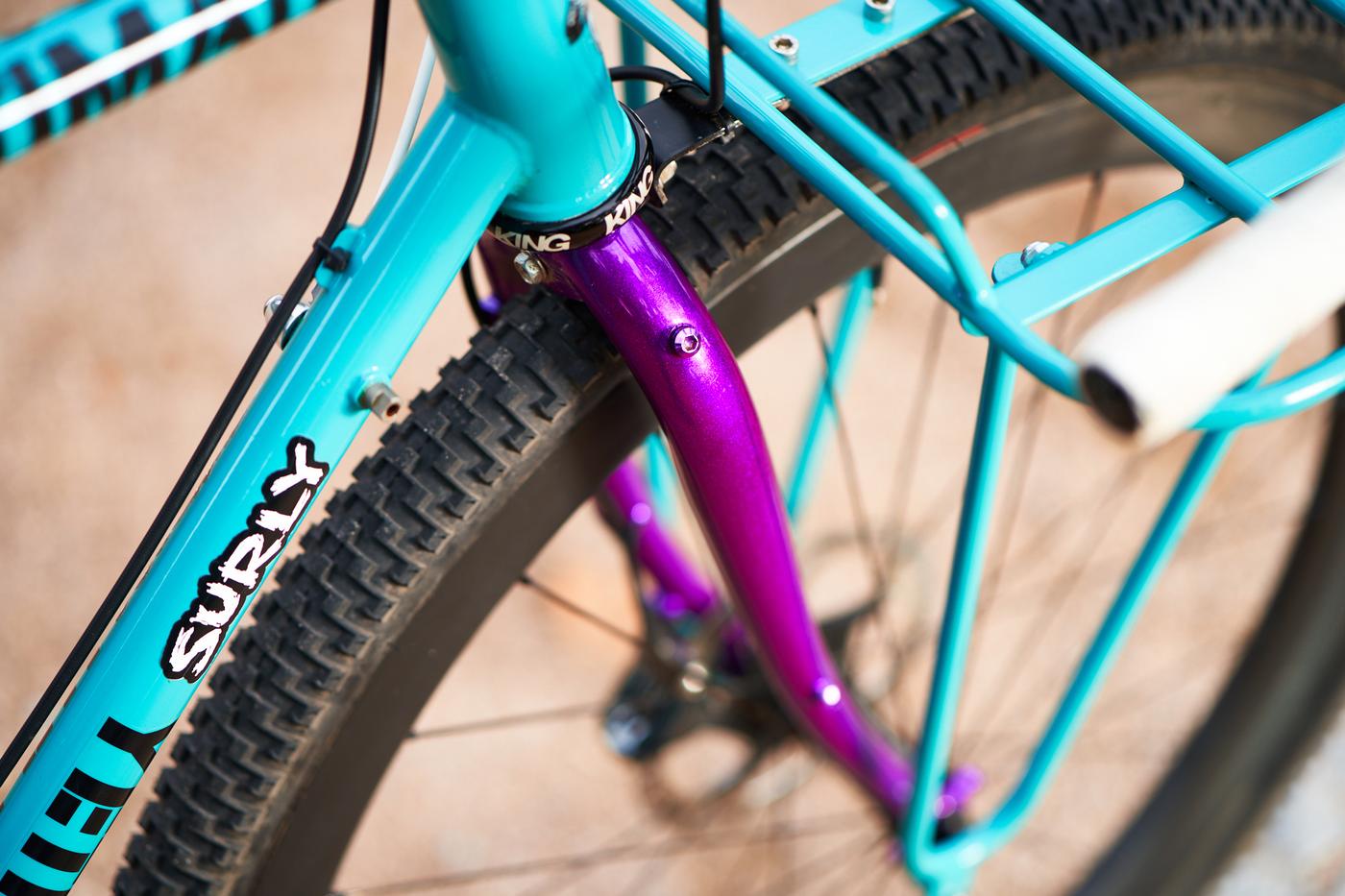 Covid19 kicked in, and in between, I needed some procrastination to rest my mind and soak up some positivity – thanks to the great Flickr Account from Bluelug, Crustbikes Instagram, and the Radavist I found a well of inspiration. Immediately I cleared out the cellar to refund some new projects. Luckily I came across a Surly Midnight Special frameset during that time and still having the Yeti idea in my mind a ProFro tribute build manifested itself. 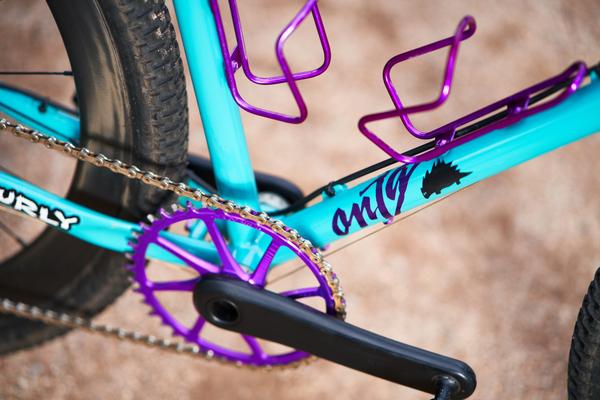 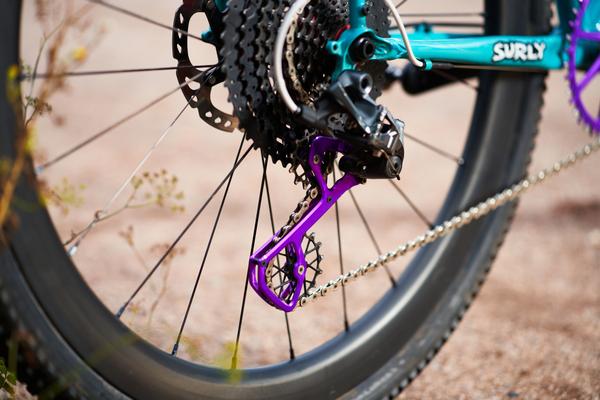 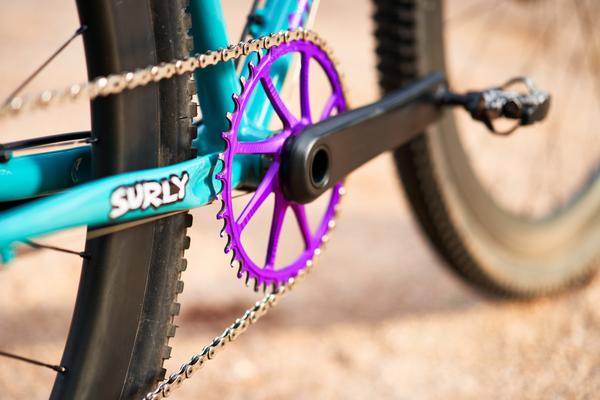 Setting up a Graveljesus worthy do-it-all machine dictated the following weeks. Hunting down the internet for some CNCed blingy anodized parts and keeping it as close as possible to the original ProFro. Always taking me out of the madness for a couple of hours/ minutes.
Finding a powder coater to take the frame onto the 90ies level turned the project into reality. We had to skip the original fluoro yellow paint scheme for the fork. Otherwise, I had been forced to buy 5 kg of fluoro yellow powder. But an alternative solution was quickly found matching the purple anodized parts. 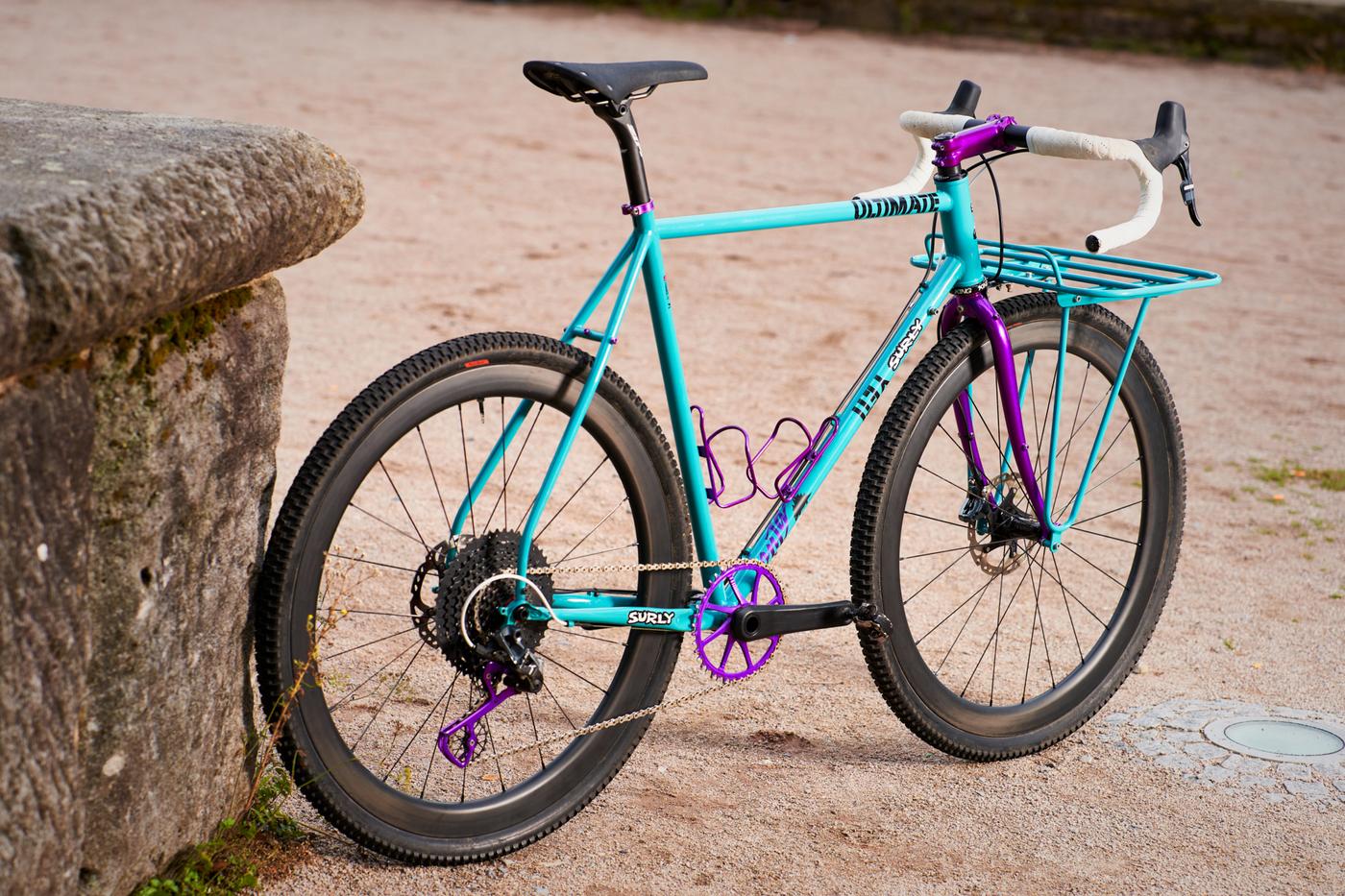 A couple of beers later the Covid19 brainfart machine popped out of my basement – ready to be punished on the gravel tracks and trails of upper Swabia and southern Germany. Just the perfect machine for escaping a few hours/days or just to pick up your groceries. Riding this always brings a big grin to my face. Special thanks to my friend photographer and tattoo artist Marc Alter for preparing this nice picture set.

as well as Mr. Jon Woodroof encouraging me to showcase this special project and not to hide it in the woods. Get in touch for some blessings in the church of Gravel and keep up your PMA.