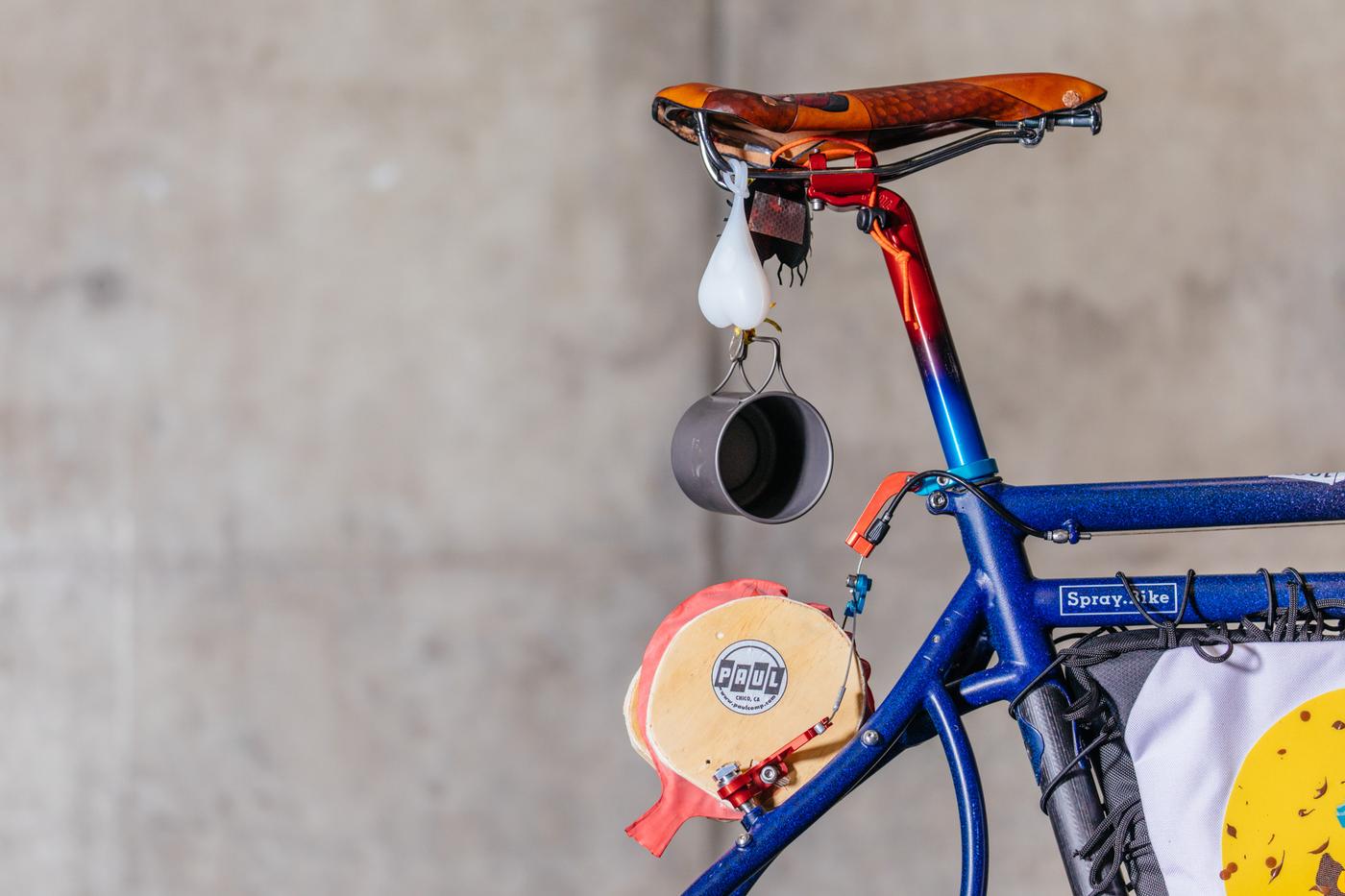 Not much. Not much at all, normally, but we’re not talking about normality here, we’re talking about Bicycle Pubes and Dear Susan Cycles, the heroes we deserve. The disruption and chaos surrounding this bike has long intrigued me since seeing Bicycle Pubes open up an Instagram contest to design the “Pubesmobile.” The thing about Bicycle Pubes is his commentary can be taken at face value, with its MS Paint and photocollagraphy imagery usually naming or depicting a personality of the “bike industry,” or you can just laugh at the absurdity of it all. The Pubesmobile is partially a stab at the absurdity of NAHBS and also an exercise in Petor Georgallou from Dear Susan’s ability to make bicycle sculptures that function. Without Petor’s willingness to build bikes with nothing but a hacksaw and a welder there would be no Pubesmobile. The bike was built, spanning weeks, and was still not complete when he flew across the pond to the US from his home in the UK. A number of builders and makers helped him out along the way.

Look, this bike isn’t to be taken seriously. It has double Dual Pull Paul brake levers, one cable pulls a Klamper, and one squeezes either a horn, or a whoopee cushion. There’s the Safety Pizza BP reflector, custom laser etched Industry Nine hubs, crazy Paul and White Industries anodizing. James from Black Sheep even made the bars! There’s a lot of MUSA components on this thing! It’s got 600cm wide bars, a lot of twisted tubing, off-square top tubes, and countless more details. Oh yeah, there’s a 1997 Chevy Lumina on the saddle. 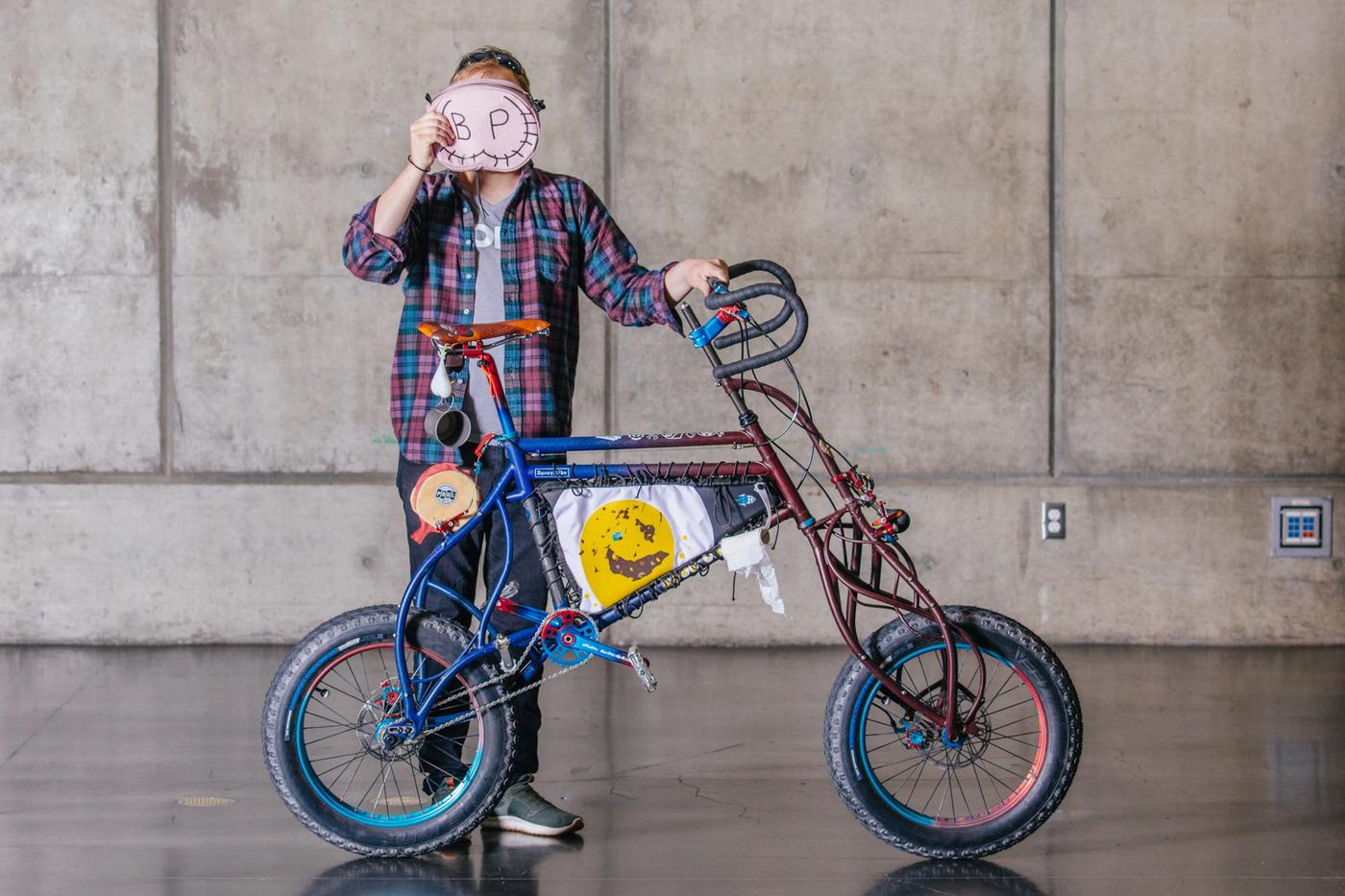 When you look at this bike, you see what you want to see. It’s a litmus test for how seriously you take cycling and how easily offended you are. That is why this bike won the Radavist’s Most Comedic Innovation Award. Pubes and Petor are auctioning it off, with all proceeds going to Planned Parenthood. Thanks for the chuckles guys and thanks to the random dude from Portland who offered to hold the Pubesmobile for me while I shot photos of it. Oh and yes, it’s a completely functioning bicycle.