Six-Eleven Bicycles is a small bicycle company owned and operated by Aaron Dykstra in Roanoke, Virginia. Aaron’s company is named after the famed Six-Eleven Locomotive, which was made by Norfolk & Western in Roanoke during the mid-20th century. It only makes sense that Aaron would look to his local town’s engineering vernacular to inspire his submission for the 2010 NAHBS.

Check out more shots of Aaron’s bike below. The NAHBS encourages builders to innovate their components as well as their bikes. To add to this gorgeous bike, Aaron made some custom ergo bars to display. These are very similar to the ones he raced for a few seasons. One thing to note, and as his post points out, is that these are brazed inserts and not simply wooden infills wrapped in HVAC tape. These bars allow Aaron to maintain a traditional track bend and have an ergo drop; the best of both worlds. 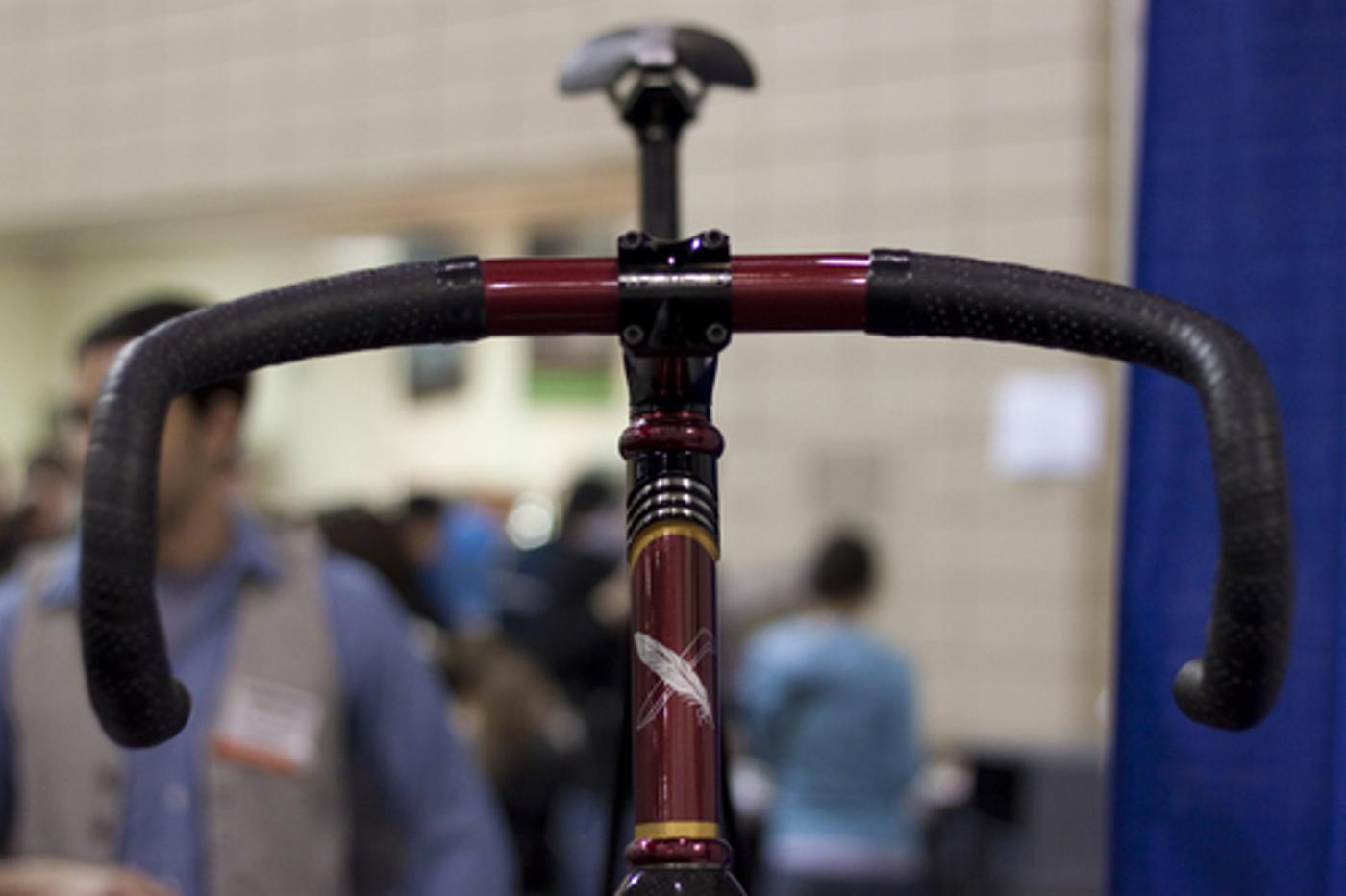 The lugs were exquisite on the Six-Eleven Track Racer. 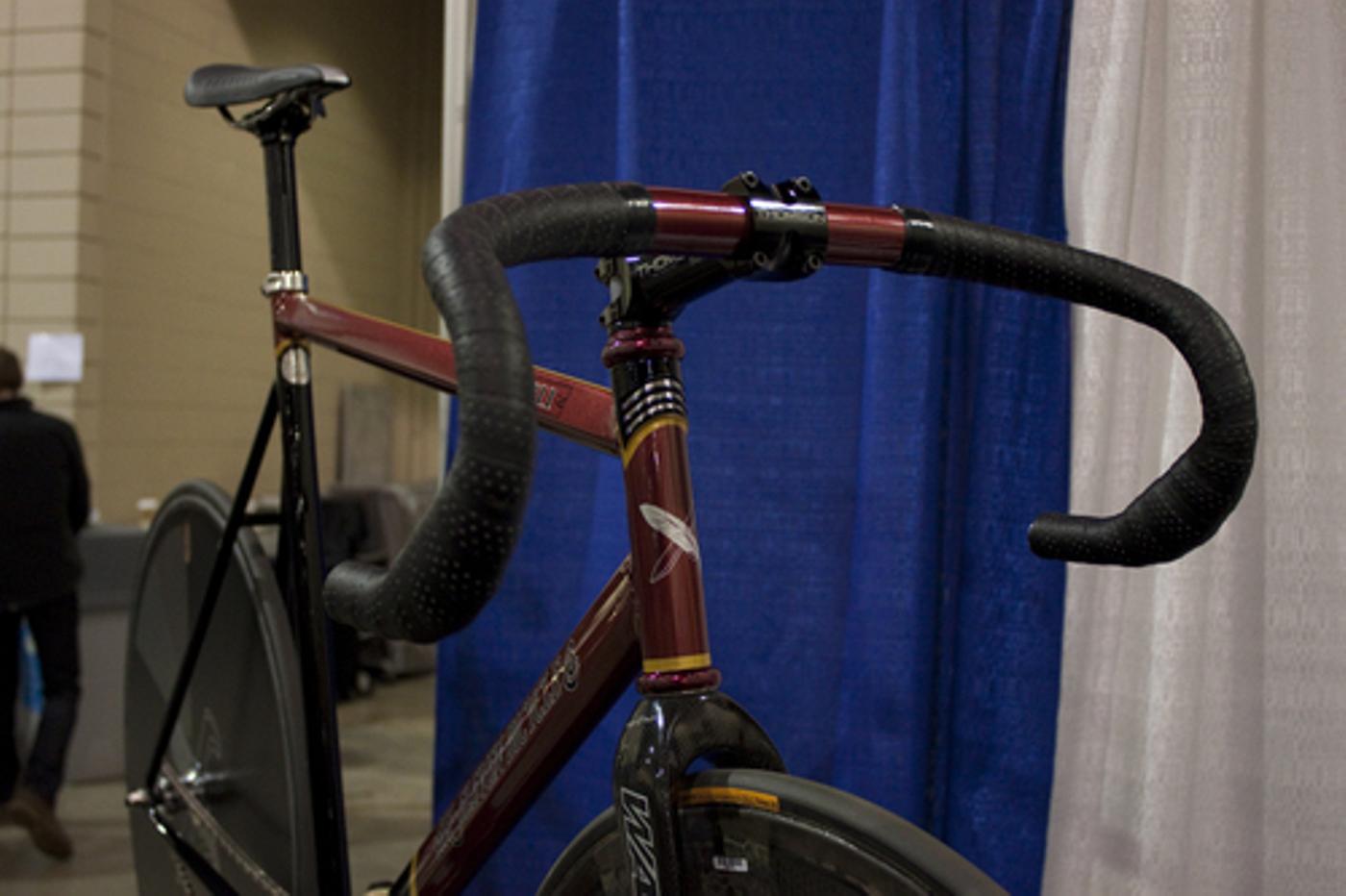 Giving the bike a modern aesthetic all the while maintaining the artistic intent of the bike. 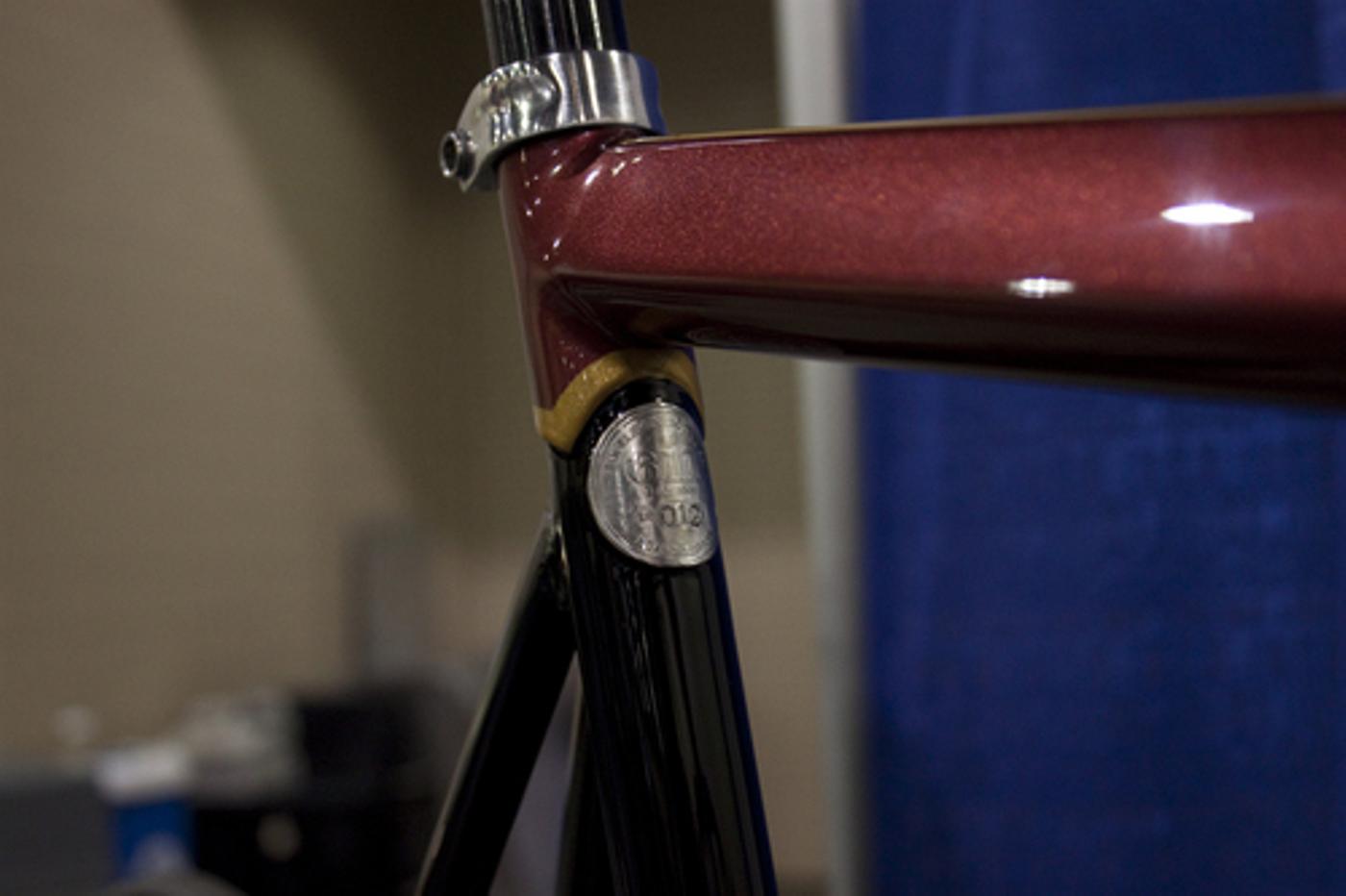 The custom seat-tube badge mimics that of the famed 611 Locomotive. 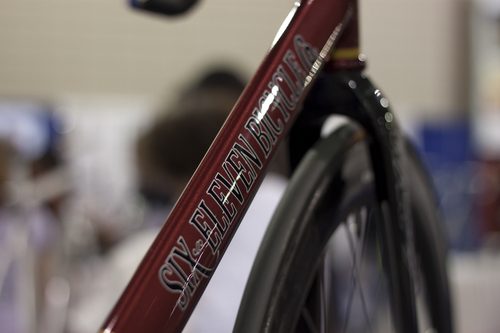 What a great typeface and an immaculate paintjob. Right down to the feather and railroad spike logo. 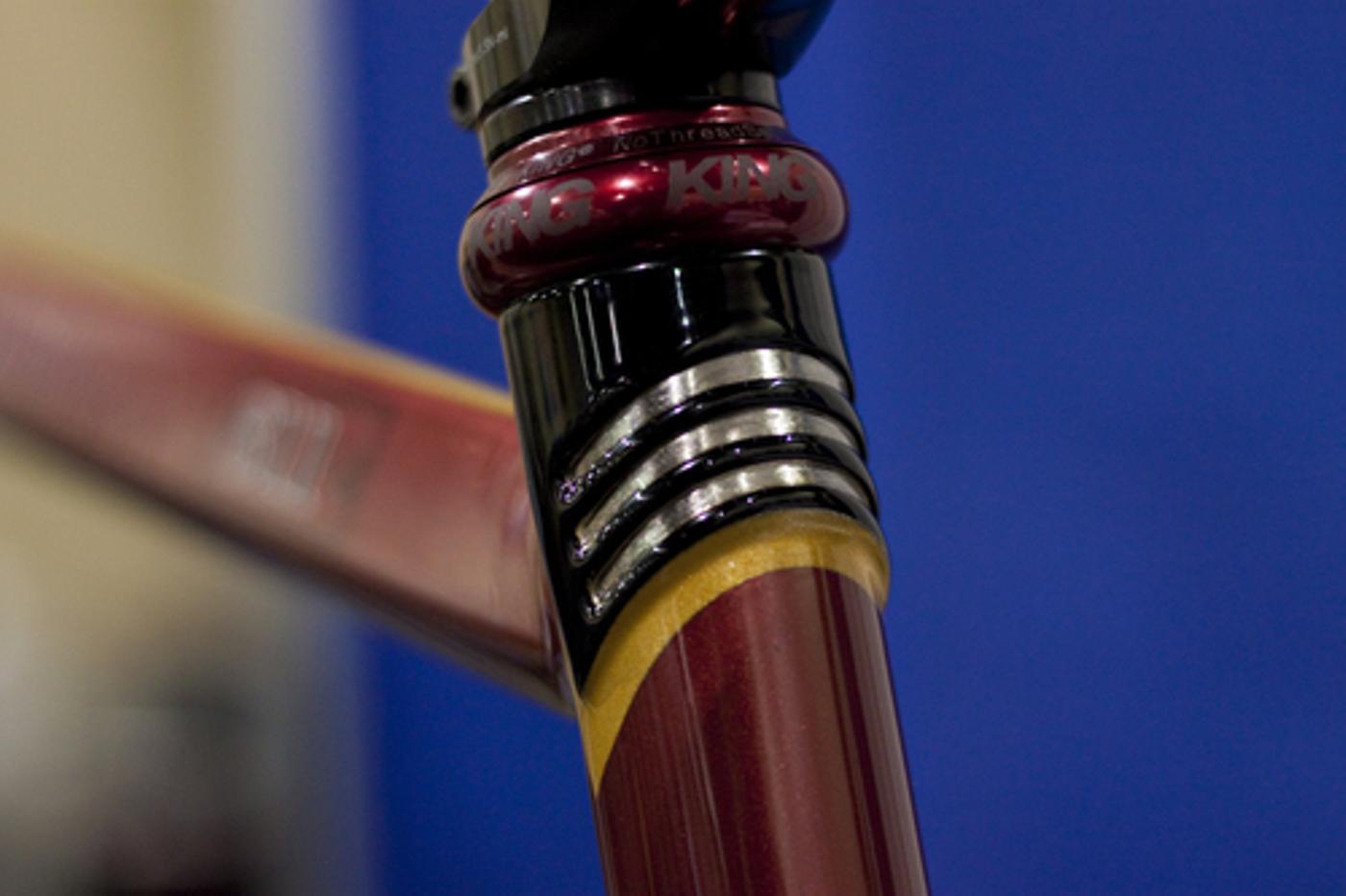 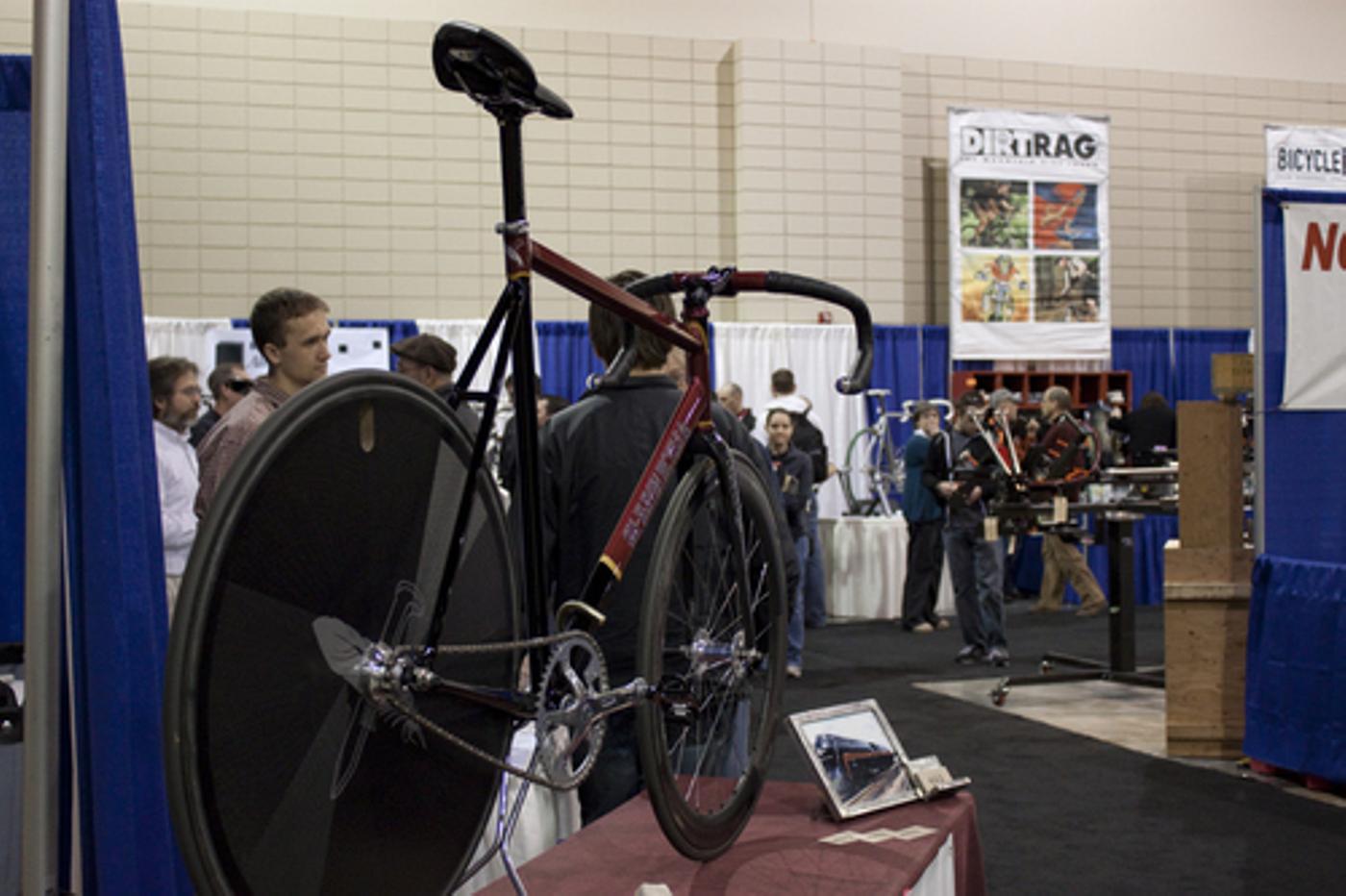 The bike is a fairly square geomery; that’s just the stand giving it the appearance of a low-pro. The uniquely-shaped top-tube and down-tube, along with the choice of componentry are a sure sign that this is a race bike, not just a wall-hanger. Aaron standing with the bike that won him the 2010 Shimano NAHBS Rookie of the Year award. Congrats Aaron! The bike is a beaut for sure. If you’re thinking about ordering custom and want to support the smaller builders, be sure to contact Aaron. His work is sure to gain a lot of exposure in the near future.