My Retrotec is Rollin' Again with SRAM GX

Months passed and I had to build this bike back up for Utah. After looking at options, I realized I’ve never really ridden SRAM’s lower-priced MTB groupsets. Namely GX. Hell, I don’t care about weight that much and personally, I’d rather have this thing rolling again, than wait to come up on a XX1 or XO group. GX is affordable, coming in at over half the price of XX1 and right when I was about to buy the kit, my SRAM contact offered to send a GX group to test out. Well, it arrived and the boys at Golden Saddle Cyclery built it up, along with some Level ULT brakes. All that was left were tires.

Some time ago, Terrene sent a few of their tires for me to put into my testing rotation. Now, it’s hard to get me to swap my Maxxis or WTB rubber for anything new, much less on a trip like this, but I decided that the motorcross-looking Chunk Light 27.5 x 3 would be right at home in Utah’s rocky terrain. Was I right? Well…

Full disclosure: in case you didn’t catch this, SRAM supplied the GX group to me, along with the Level ULT brakes, the rest of the bike and parts I paid for. Usually, with product reviews, I let the companies know that just because they sent me components, doesn’t mean they’re getting a good review or even one at all. I really have to be moved by something to take the time to write about it. So here we are… 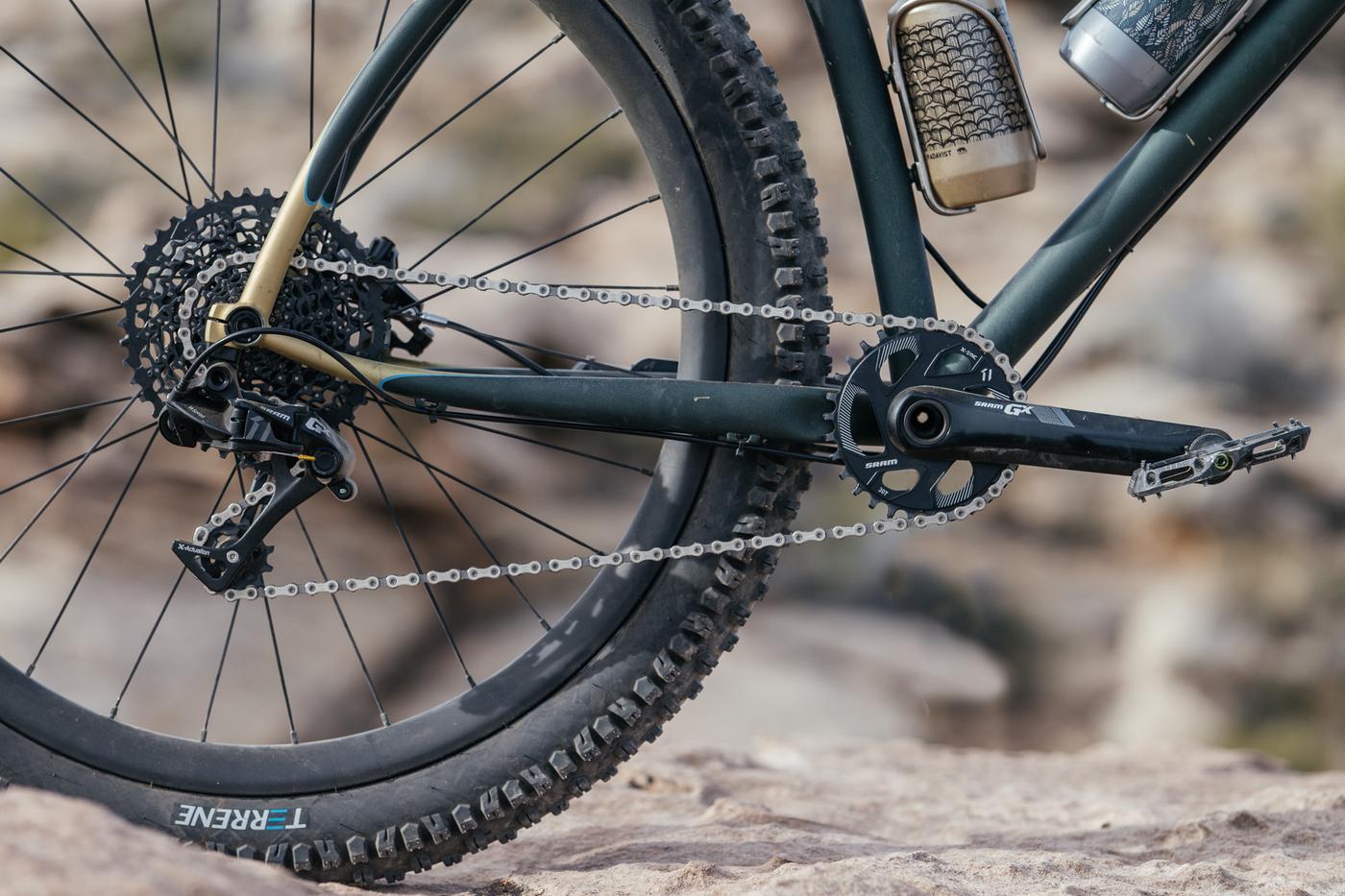 Would you be surprised if I said that I didn’t notice a difference between XX1 and GX? For almost half the price difference, GX performed just as well as XX1, or at least similarly enough that I didn’t notice otherwise. In fact, the only thing that struck me right off the bat was the weight of the crankset, which as I said earlier, I’m not concerned with weight on a steel hardtail. GX shifts crisply, with minimal chain slap and as per the norm with SRAM’s MTB groups, no dropped chains. There’s nothing I could critique the groupset on other than the damn red logos. Why oh why can’t SRAM just make all their logos black on black or at least monotone? I guess you can’t complain with a retail of around $500. It wasn’t until recently that I needed to adjust the cable tension on the rear mech, but that’s expected after the first 100 miles or so. 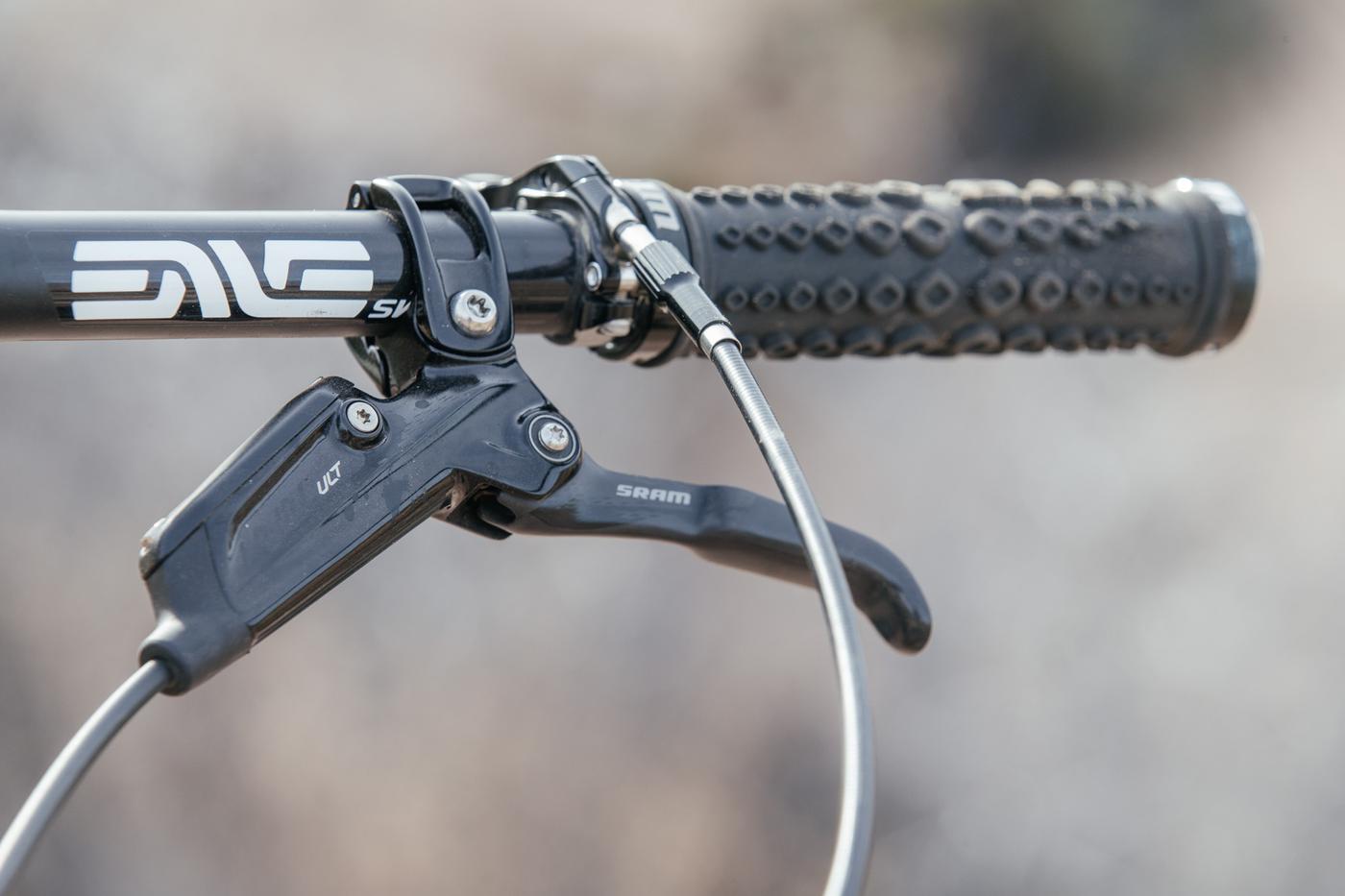 For years, I swore by XTR and XT brakes. In fact, the brakes I love the most in my MTB quiver are the XT brakes from 2011. I’ve yet to bleed them in all these years of heavy use. All they’ve required was new pads and rotors. When SRAM’s Guide brakes first came out, a very high benchmark was in place with Shimano’s brakes and over the years, each new Guide release seems to meet if not exceed the new XT / XTR counterpart. At least, ATMO. Again, this is all preference, what really matters with brakes is that they: work, feel good and require minimal maintenance.

A good test for brakes is you don’t have to worry about anything. The Level Ultimate brakes are packaged as an XC brake, yet with the right rotor size, I didn’t seem to need any more stopping power on the trails we rode. Are the Level Ultimate brakes the be-all and end-all? Hell if I know. All I can say is they feel great and look great. Time will tell if the Level Ult prove to be as true as my old XT brakes. Retail on these comes in at $297. 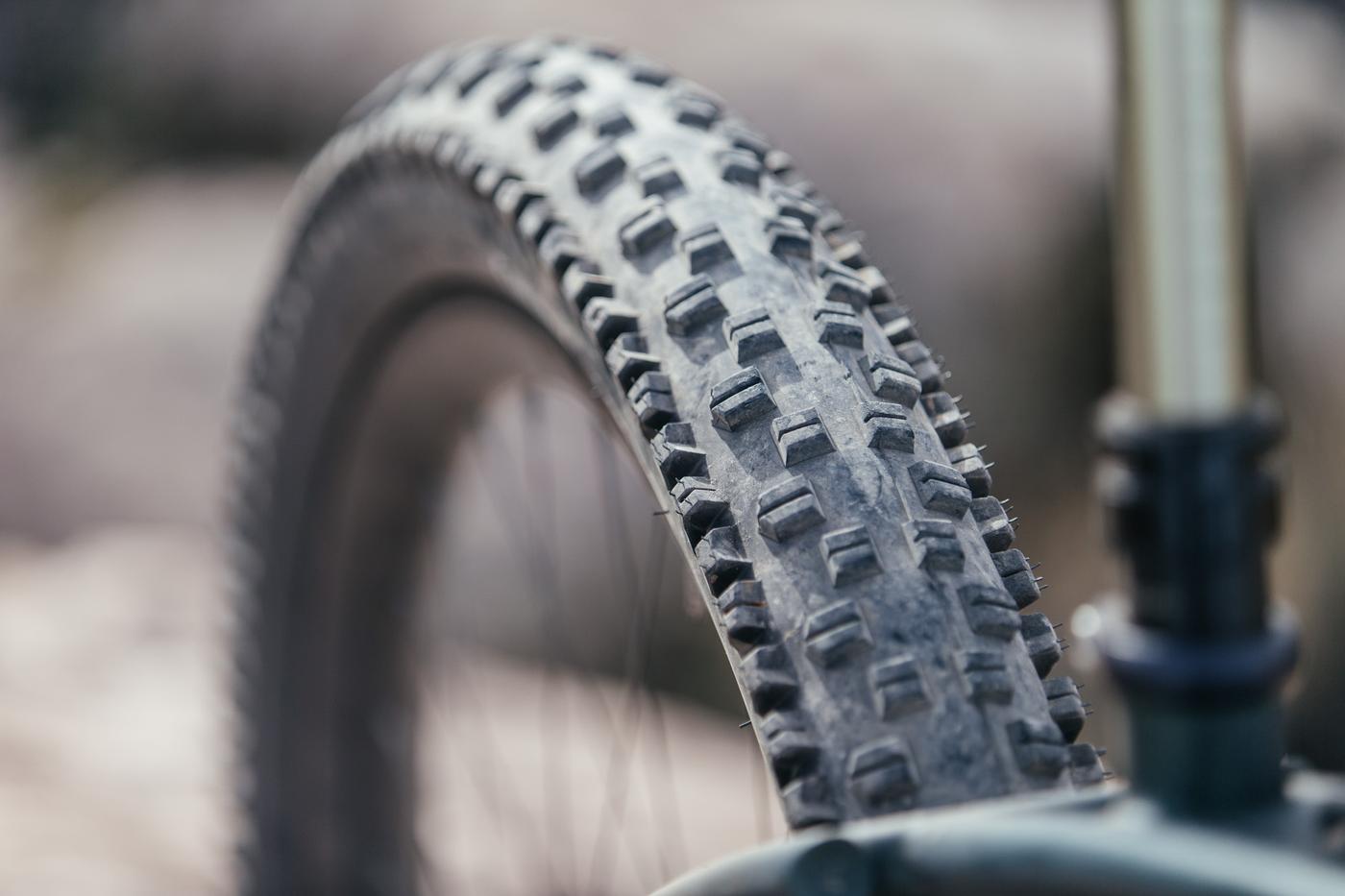 “Damn! Those look like motorcross tires!” Plus-sized tires are something I get excited about when they work. A lot of companies want to loosen the stigma that plus tires are heavy and slow. Unfortunately, that means they lighten them up too much and the sidewalls become victims of rocks, sometimes even on the first or second ride. When I read the name of Terrene‘s 27.5+ tire, I kinda cringed: “Chunk Light.” That seems like a dichotomy that I don’t wanna gamble with. Yet, on the first descent from our camp in St. George, I knew they’d be worthy trailside allies in the battle against snakebike and sidewall tears.

A true test of tire tenacity is a rock garden in one of my local trails where the decomposed granite tends to be sharp and the wrong line almost always ends in a tire tear. While the sidewall didn’t rip, I did encounter a small hole, which a tubeless repair kit resolved just fine. I’d say the feel of these tires outweighs the user-error they had to cope with. 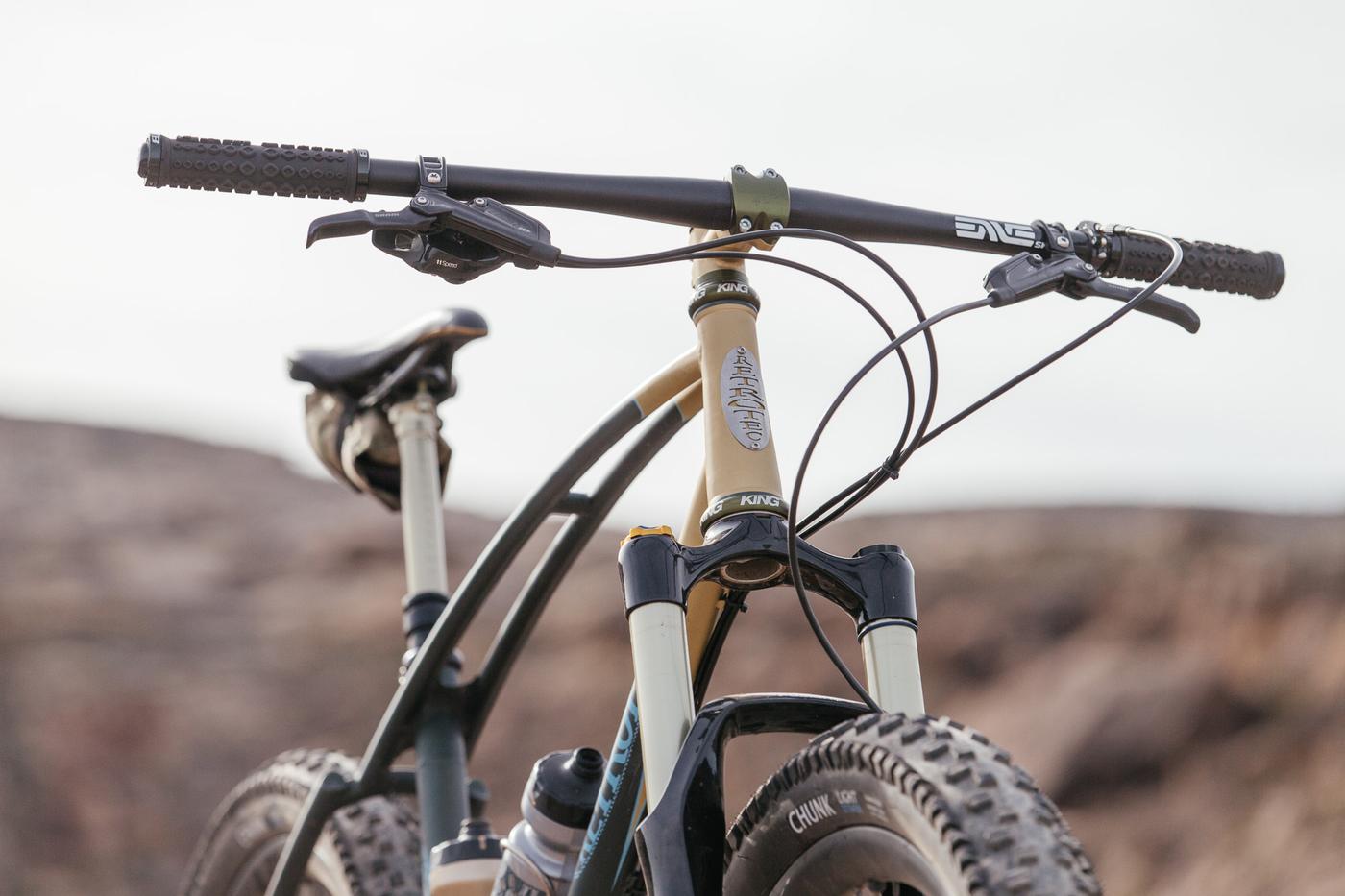 I have to say something about the X-Fusion McQueen, or else people will ask. Yes, it still is a great fork and I have no complaints.

The Retrotec Funduro is a great bike, fit for smooth cross-country tracks, trail riding and all around singletrack slaying. It feels good to be back on this bike and what better testing ground for a new build kit than Utah’s gorgeous trails. Next stop: Moab before NAHBS in SLC!

Any questions? Drop them in the comments.