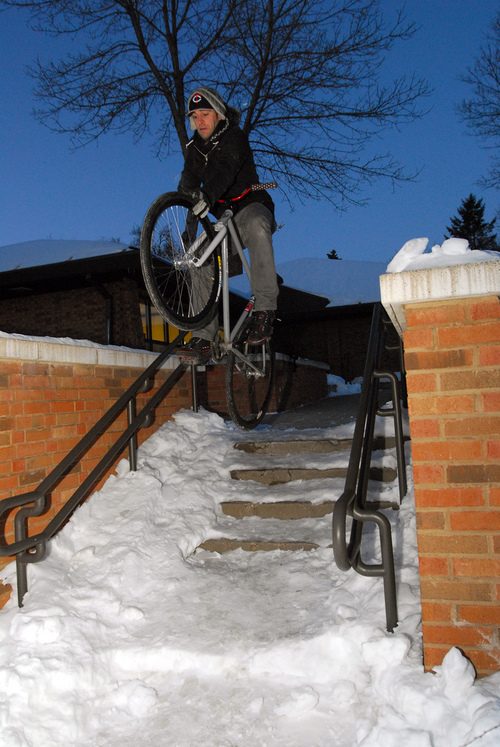 Along with an announcement of an “Anti Colorway” Dropout, Jeff from All-City posted yet another picture of Mike Carney, the winter warrior doing a wheel grab down a 6-set. The dropout will come in a limited run of 130 frames in all-black without brake bosses. Should look pretty nice murdered out. I’m sure Jeff will be riding one of those once he gets them. He’s currently a little apprehensive about his new ride’s colorway.

More on the “Anti Colorway” Dropout on the All-City blog.

Previously:
Mike Carney in the Snow