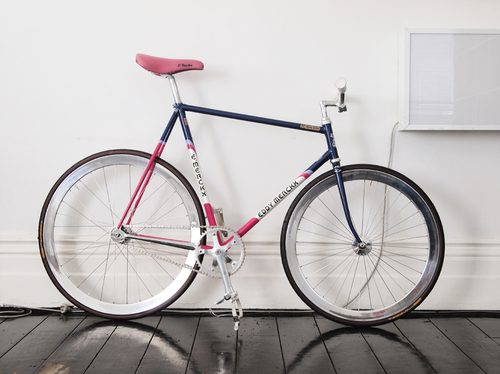 Part of owning a pursuit or a low-pro track bike is the question you have to ask yourself; “Should I put riser bars on it and make it more comfortable for street riding?”. As I’ve said before, I have 0 issues with people doing this and when you come across a wicked pursuit frame, much less a Merckx pursuit, you better ride that thing!

Here we go, another Merckx Mondays! 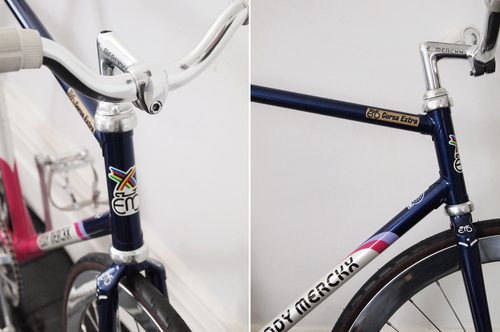 Joshua set this Eddy Merckx Corsa Extra Pursuit Track up with a mix of Corsa Record and modern parts. I’m guessing those are polished Dodici or H+Son rims laced to Phil Wood track hubs. The paint job appears to be a catalog color, resembling a Telekom and a Weinmann. Jeremy and Josh had a conversation about it and it appears that it’s just one of those many color combinations the Merckx factory put out on their factory builds. 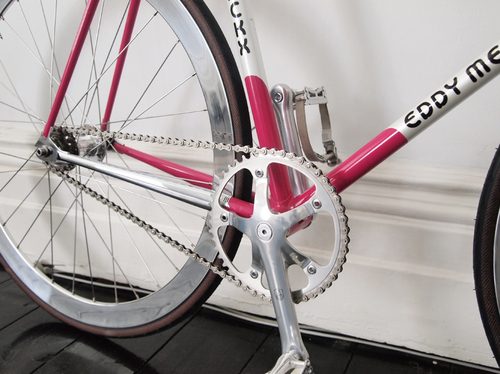 The Corsa Record pista cranks and pedals are shiny and appear to have been NOS. Very nice. 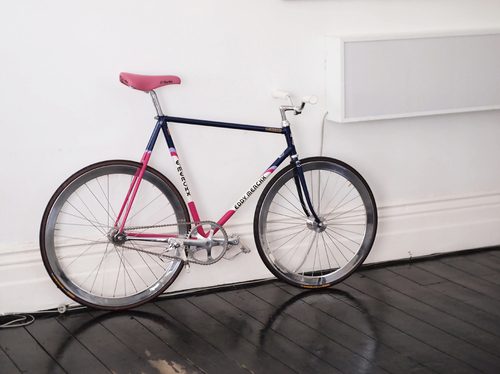 The pink Turbo mounted to a Super Record post is a nice touch. Great photos and a great build. Looks great Josh!

Josh is building up a Strada with a mix of Corsa Record and Croce D’Aune currently. Once it’s done, shoot some pics over man!

Check out more pictures of the bike on Josh’s Flickr.