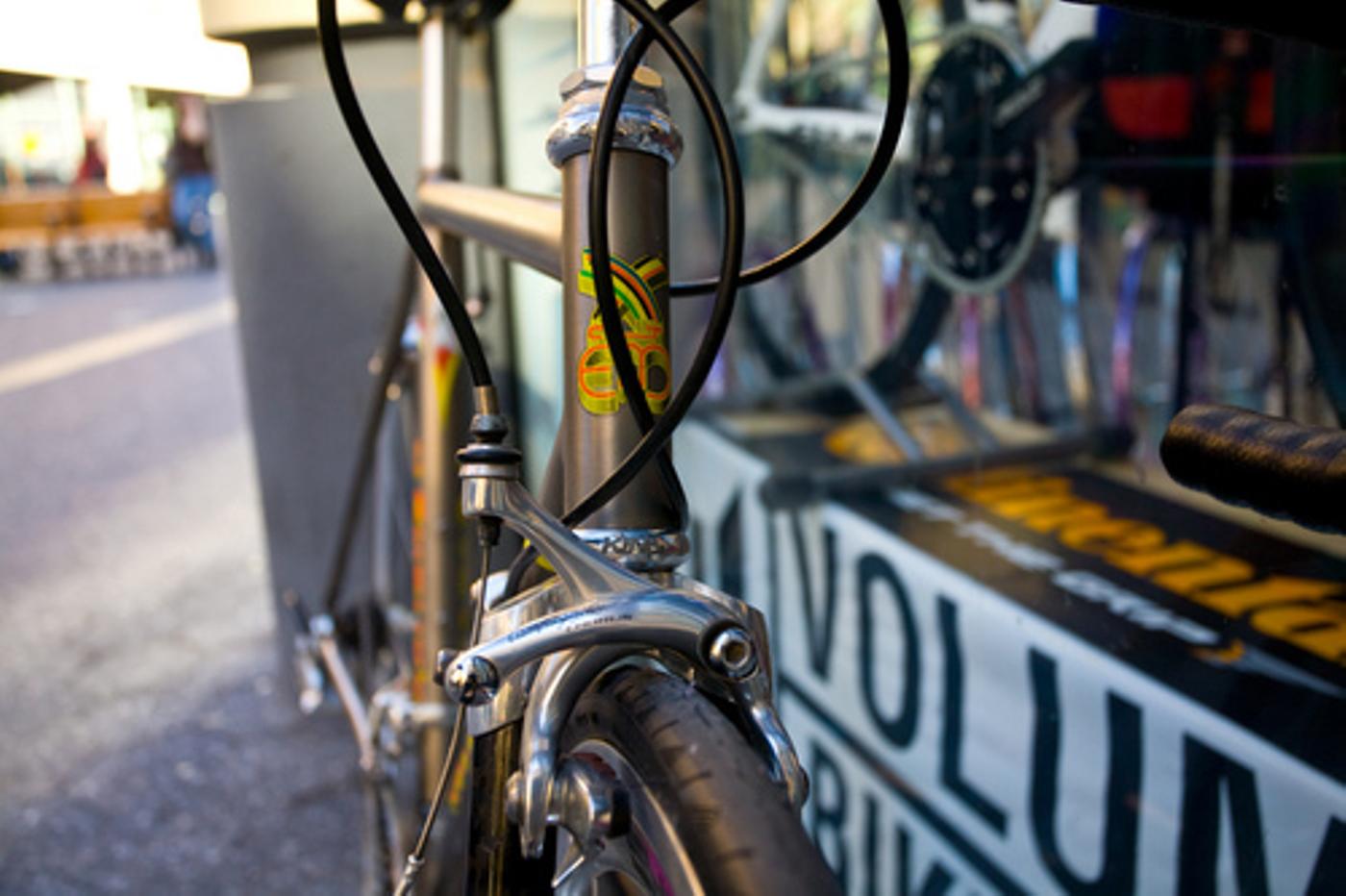 So I know it’s really late and like I said before, due to unforeseen circumstances, my posting queue got a bit delayed this morning. That being said, I have a post in the works that’s 75% there and was nervous about finishing it in time for today. Just as I was about to freak, I checked my Twitter account to find Mark, from iMiNUSD‘s Eddy Merckx AX build sitting there waiting for me. The Eddy Merckx AX was Eddy’s first Ti road model. Mark’s been sitting on the frameset for over a year and finally got around to building it up. If the Chorus group wasn’t nice enough, he put some beautiful Shamals on it and a Wound Up fork. 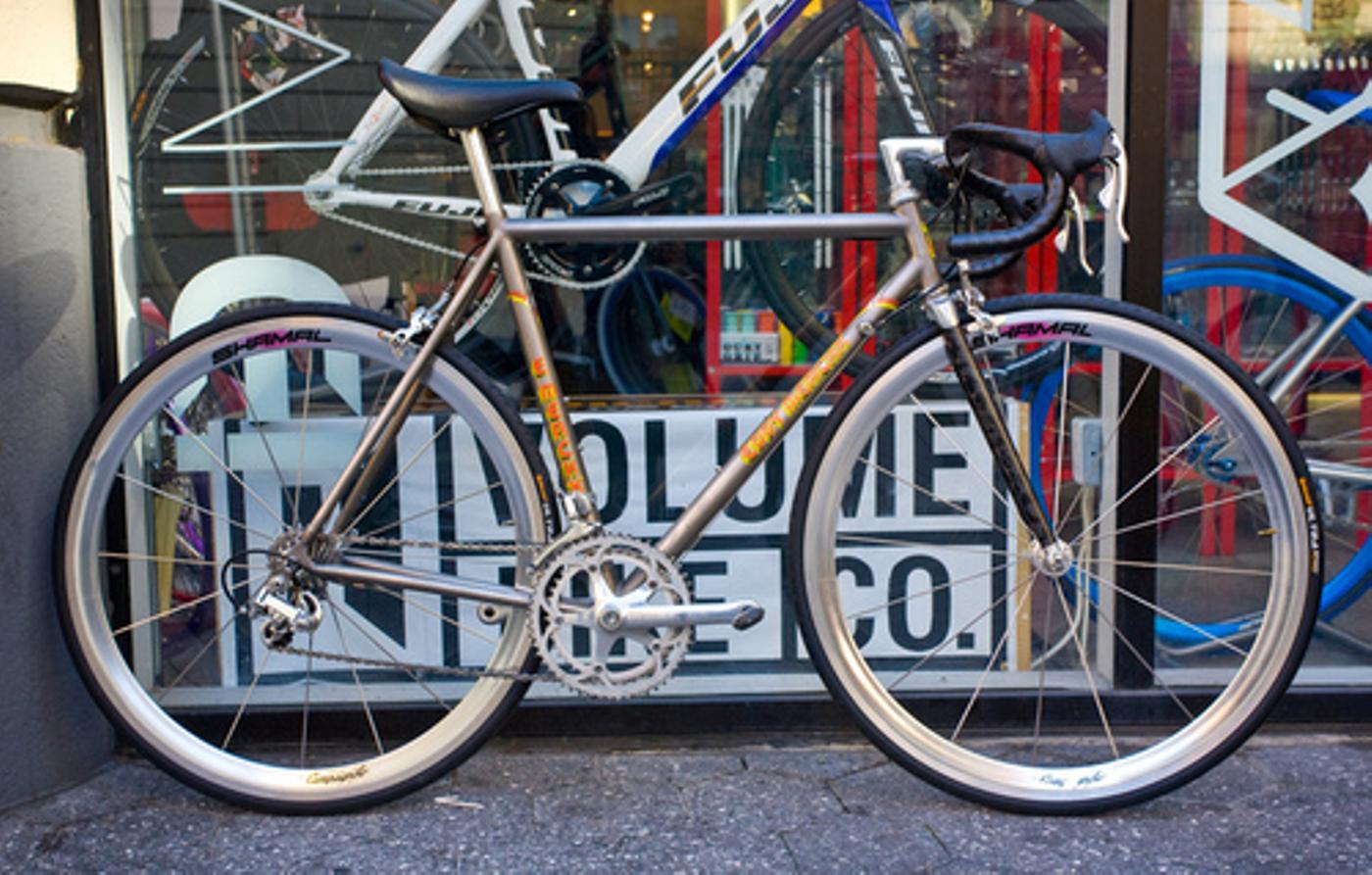 As you can see, the final product came out quite nice. Tastefully done. I know someone who’s been looking for those Chorus “Dolphin” Ergo shifters. Check out some more shots here at the iMiNUSD Flickr account. Thanks for the heads up Mark!

Next week I’ve got something special in the works, so stay tuned!