Loose Lobster At The Landing: A Pre-NAHBS Tour Of Nutmeg Country

Loose Lobster At The Landing: A Pre-NAHBS Tour Of Nutmeg Country
Photos By Renaldo, words by ‘Cobra Bones’ Sinkford

The show coming to the east coast for the first time meant all eyes are on Connecticut, and who could provide the ultimate pre-NAHBS experience with home court advantage than the mayor of Lobster Landing himself? I was told Nutmeg Country was a place of peace. A place of pizza, and pancake flat roads soft to the touch and pleasing to the eye. Two of those things are true.

Over the holidays the modern and progressive geometry of the #ultranutmegger was designed. Sklar would build a nutmeg themed dream bike for NAHBS, as custom as desired. That was a rabbit hole he should have never walked down. Seriously. One bike became two, because I was not going to be left out of the party. Truss forks and custom racks haunted young Adam’s dreams as the parts started to roll in, literally like Christmas. Without a single hiccup (yeah right!) the bikes were fabricated in fast fashion and shipped to Renaldo, Bené’s manservant/bloodboy for assembly. Flights landed and we were off to the races, ready so soak in the bucolic beauty of the lower Connecticut River Valley on a two-day tour.

PANCAKE FLAT? Not even close. We rode through some ice, a few bogs, an actual cranberry bog, and miles of nut butter sand that was far from soft to the touch. Frozen in spots, actually. Rolling punchy climbs, both dirt and lightly paved filled our days. Savory regional cuisine prepared by Renaldo warmed our hearts and filled our nights… and the outhouse in the morning. Winter trees naked of their leaves offered spanning views of the giant granite boulders strewn like marbles through the hills and hollow; scars of glaciers that carved the Connecticut River a few years ago. The warmth of friendship and expensive whiskey kept us cozy through the agreeably bleak landscape dotted with historical homes and ponies wearing coats. Both days ended in the dark, simply unwilling to let moments of passionate friendship and sweet bike rides become mere memories. People thought Adam was my son, and we played along. We took a few wrong turns, had a few coaster brake mechanicals, stopped to take in the views over the Danglebong smoke, and had all the fun associated with that kind of ride. 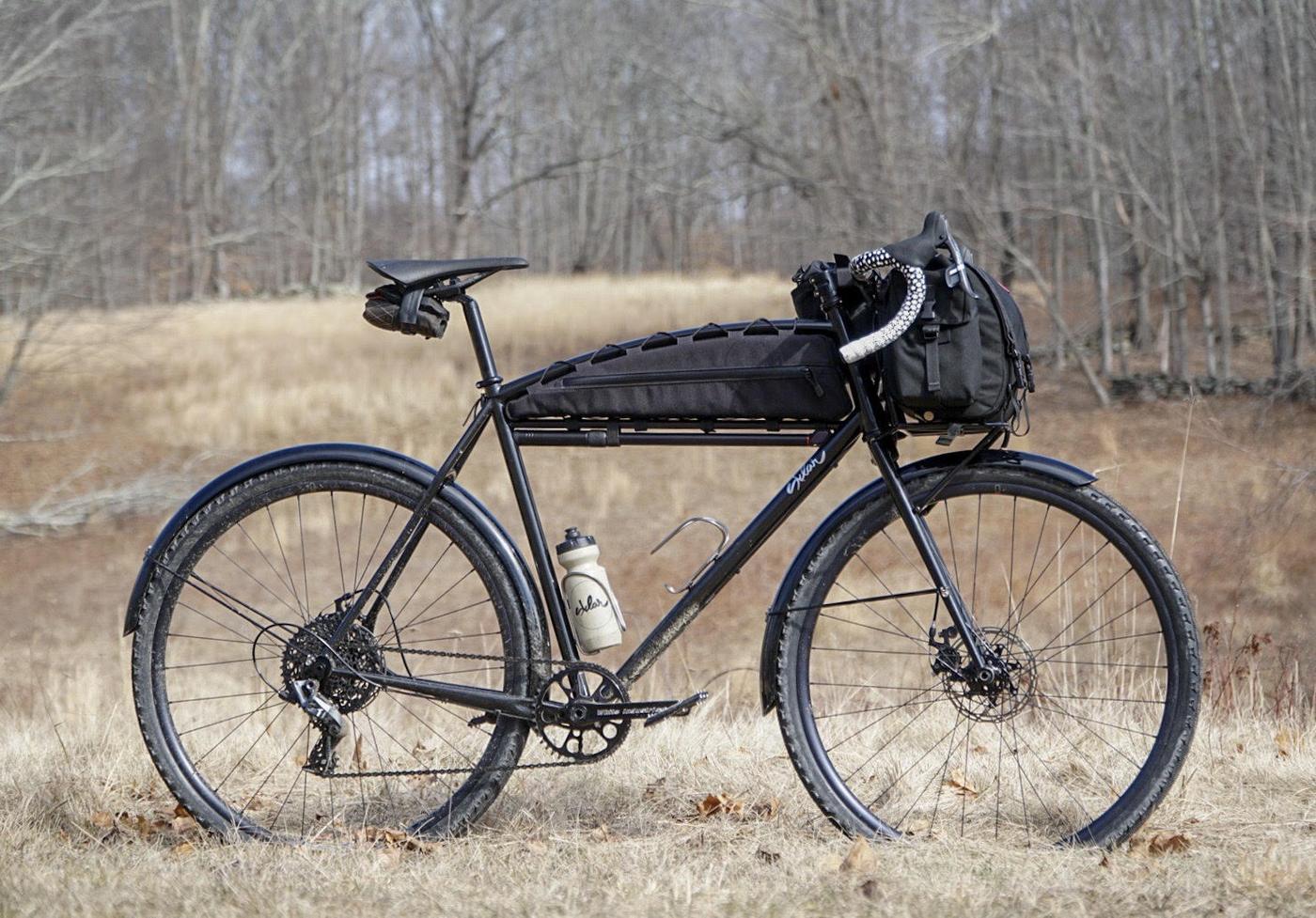 Both bikes were shown at NAHBS salty and dirty. As they should be. Watching this project become a reality has been nothing short of a privilege and a pleasure. Eating pizza in Benedict’s childhood home I can tell you Nutmeg Country was seen, and it was glorious. A place of quiet elegance, where the lobster flows like water.