In 2017, I rode all of the major roads in the state— about 4,500 miles, a mix of gravel and pavement. By land, Alaska is huge— twice the size of Texas. The road system is very limited, many places are isolated. I wanted to ride my bike to connect as much as I could. I set out in a series of trips— riding for a week or two at a time and hitching back to town to work at The Bicycle Shop to fund the next leg. For the most part, I rode alone. It was a lot of freedom and I had the time of my life.

Reflecting on my rides later, I wanted to go back to share my experience. Both with Rue, the love of my life, and with the public through photos and videos. This is something I have thought about since the fall of 2017. 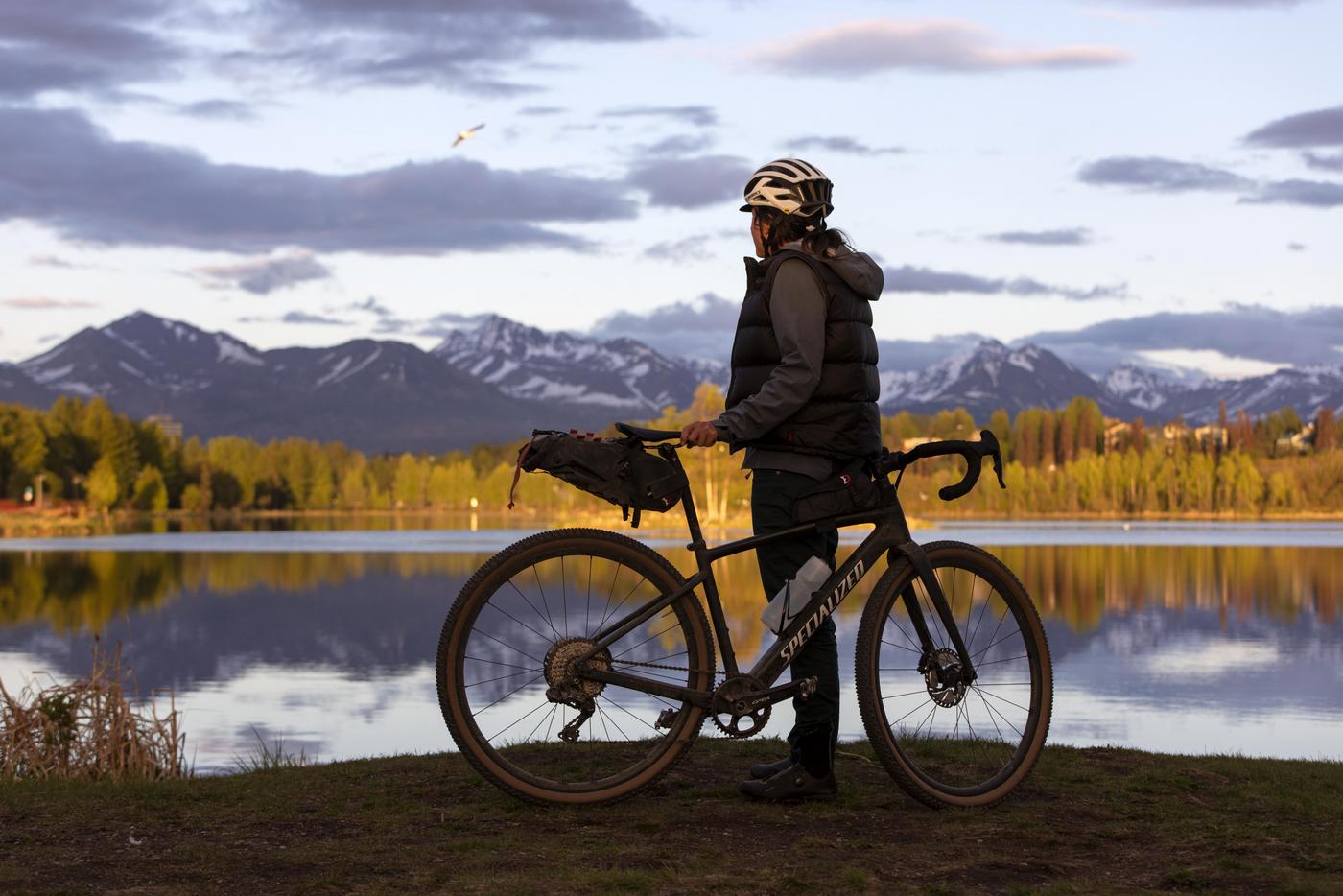 In the summer of 2020, Rue and I flew back to Alaska to ride the roads together and make a video for PEARL iZUMi. Riding from home felt like a good choice during the pandemic. Our first big stretch was flying up to Deadhorse, the farthest north you can go on the road system, and riding 500 miles (800km) back to Fairbanks. We toured it together over six days. It’s a really challenging ride— along the way there are only two places to get hot food (the Ice Road Trucker Cafe in Coldfoot and the Yukon River Camp) and no grocery stores. The road is super punchy with plenty of climbing and the surface can get rough. In the summer, there are clouds of mosquitoes and the sun never sets. It’s so far north that there aren’t any trees for the first 240 miles (385km). Sightlines are expansive. This is the land of the grizzly bear, muskox, caribou, and moose. And there’s a road that runs through it. 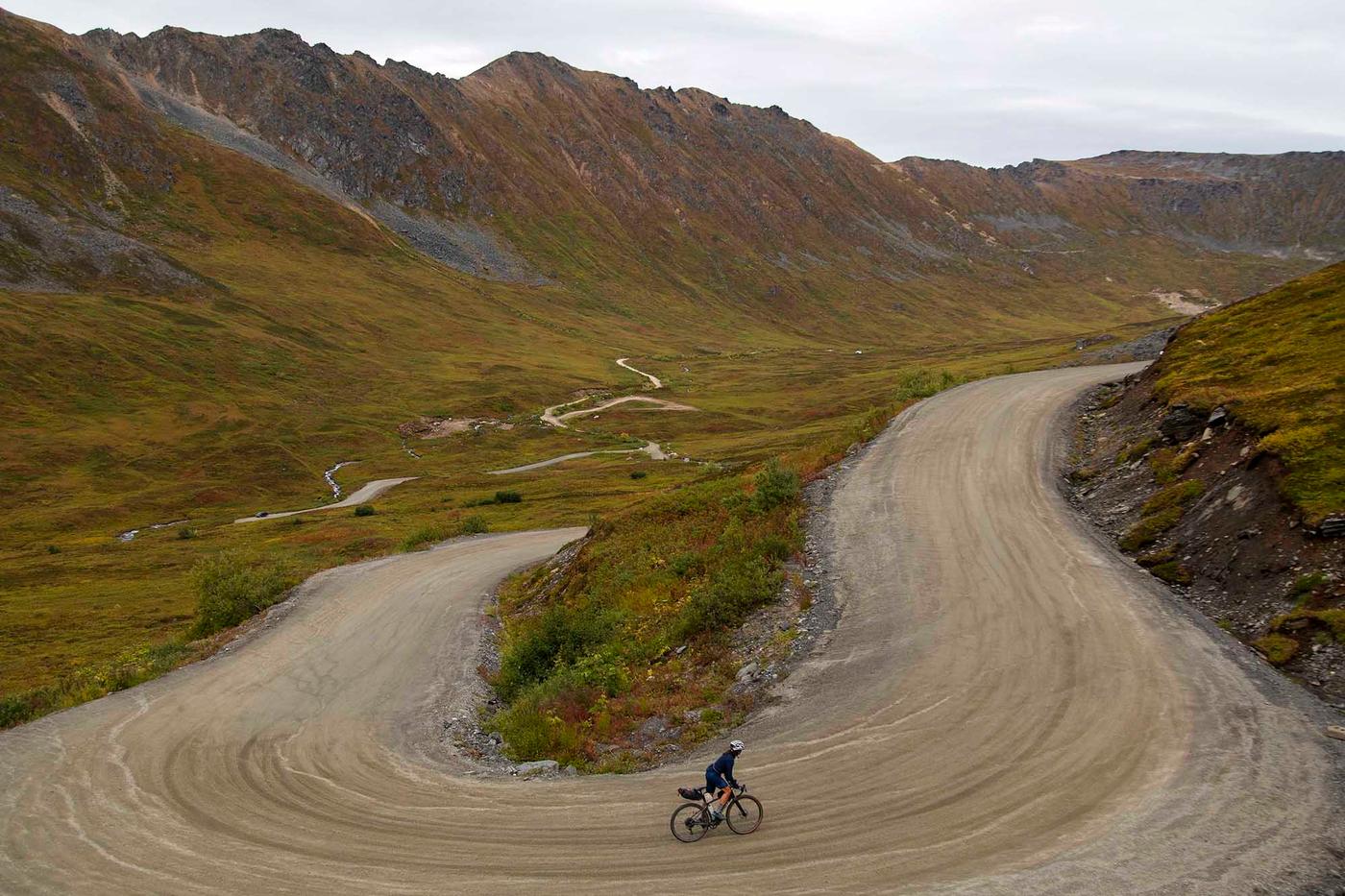 The road was built in 1974 as a supply road for the Trans Alaska Pipeline System and was initially called the North Slope Haul Road. It was opened to the public in 1994.

If the road wasn’t there, I couldn’t ride through it. It exists because of the Trans Alaska Pipeline. I am grateful to be a visitor, to see this land from my bike seat. The more I experience places for myself, the more ideas I get.

I thought of riding a time trial on the roads following the pipeline, about 860 miles (1380km) from Deadhorse to Valdez last August. I ran out of time. It’s a great ride to come back for— a chance to spend some time in Alaska this summer, visit my family and go out for a real ass-kicker. 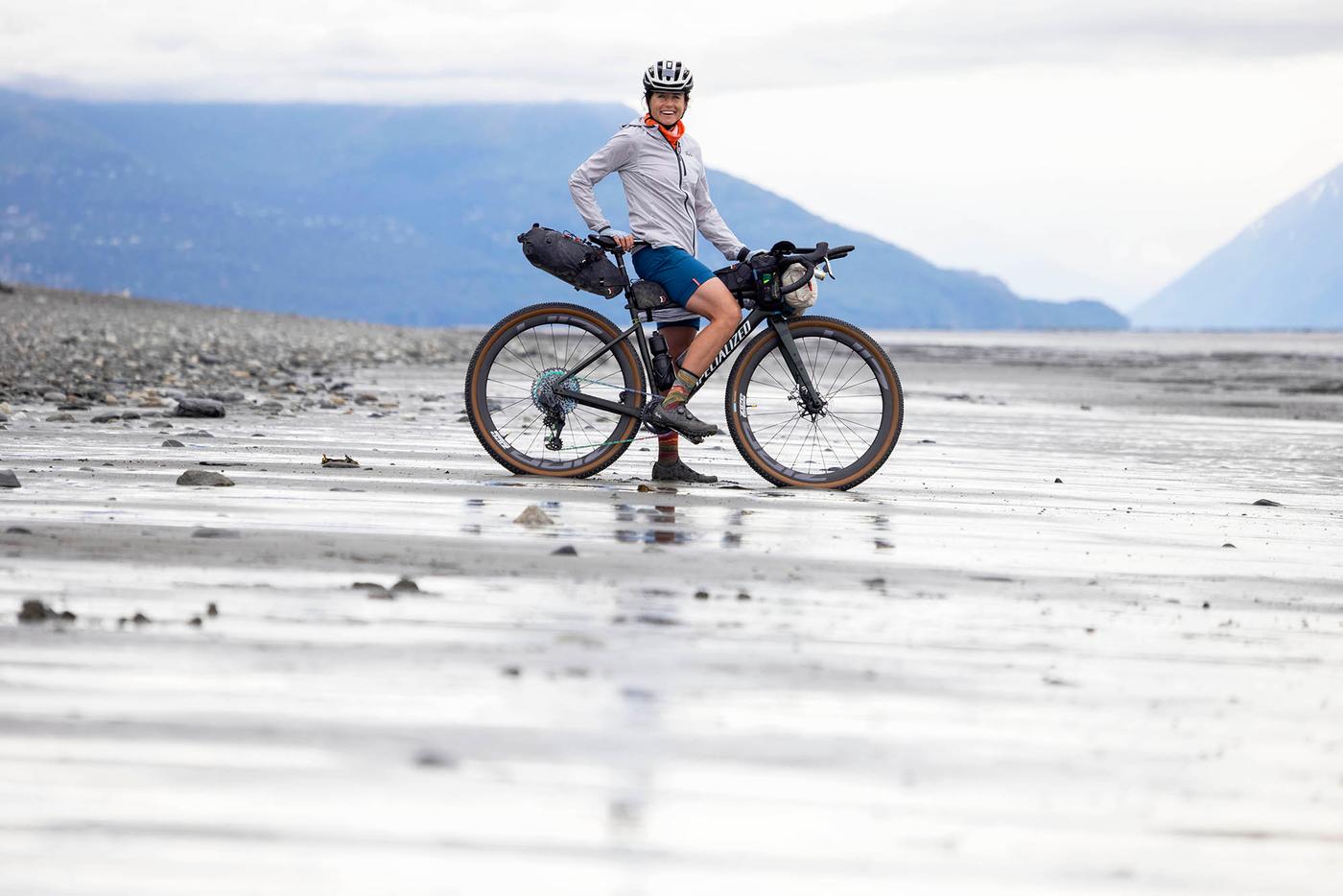 I’ll begin my ride on Tuesday, July 13 at 9am Alaska time. Follow my progress on trackleaders.com.

I will ride self-supported. The biggest challenge is carrying enough food, as resupply is very limited.

Rue will be there to document my ride and will be shooting a video for Rapha. We’ve hired Ana Jager to be her driver. It’s pretty awesome to have a full female crew.

My main motivation is to see how fast I can ride it and encourage others to both come break my record and just come ride the roads. They’re remote and gorgeous. 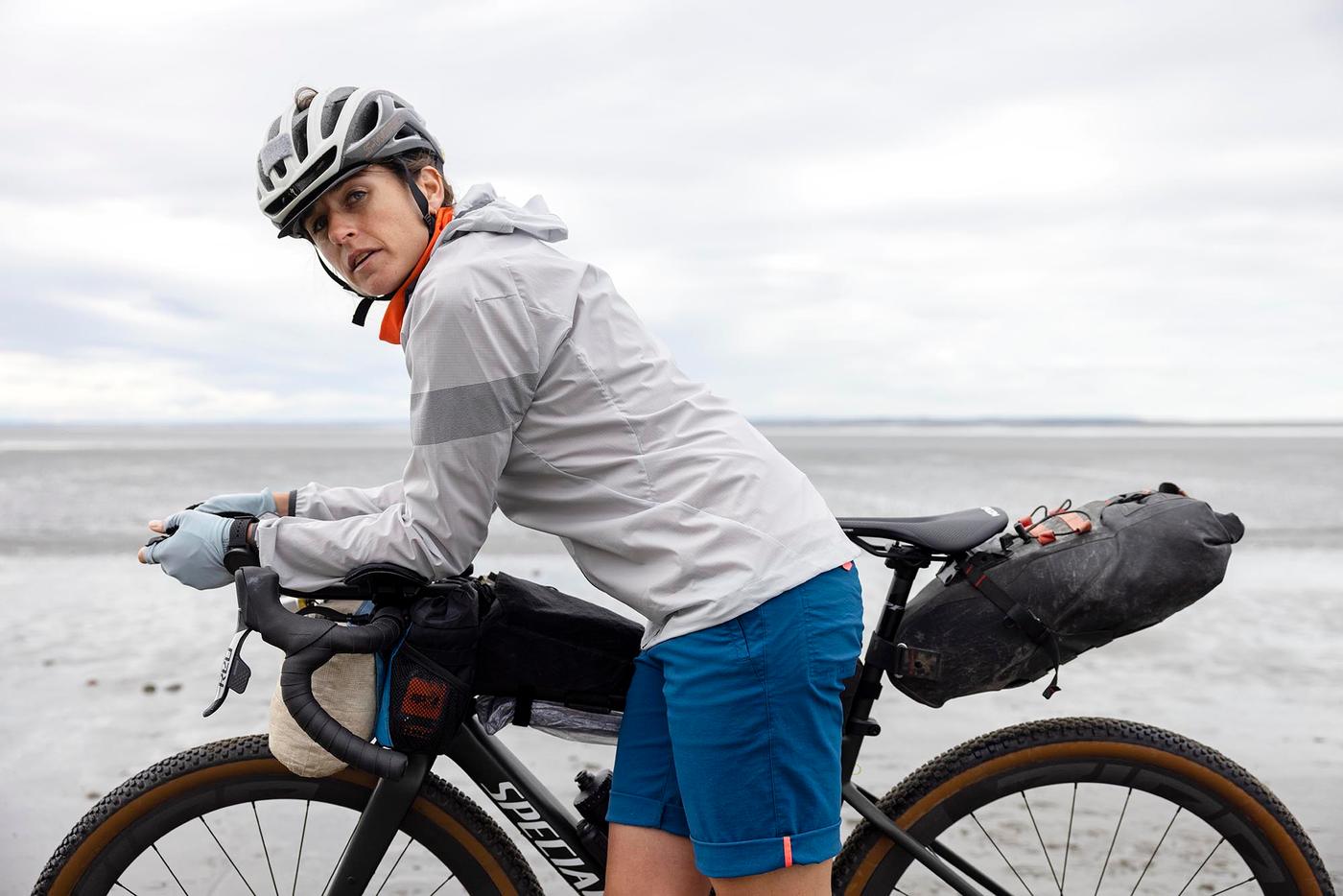 There was talk a few years back about hosting a race that finished in Deadhorse. I think the Dalton Highway is much more suited to touring and time trials. Although the road is public, it is still primarily used by long-distance truckers and North Slope workers. There is no cell phone service, so they communicate with CB radios. If there’s a cyclist on the road, they let each other know. They are worried about our safety, but can easily work around individuals or small groups. Sending dozens of cyclists on the Dalton Highway, particularly in a bikepacking race-sleep-deprived state could cause bad blood between truckers and riders. I’ve toured this route twice. Both times, truckers stopped to check in on me, even offering me water, juice, and fresh fruit to keep me going. I’d like to try and maintain that camaraderie. We’re all passing through a very special place. 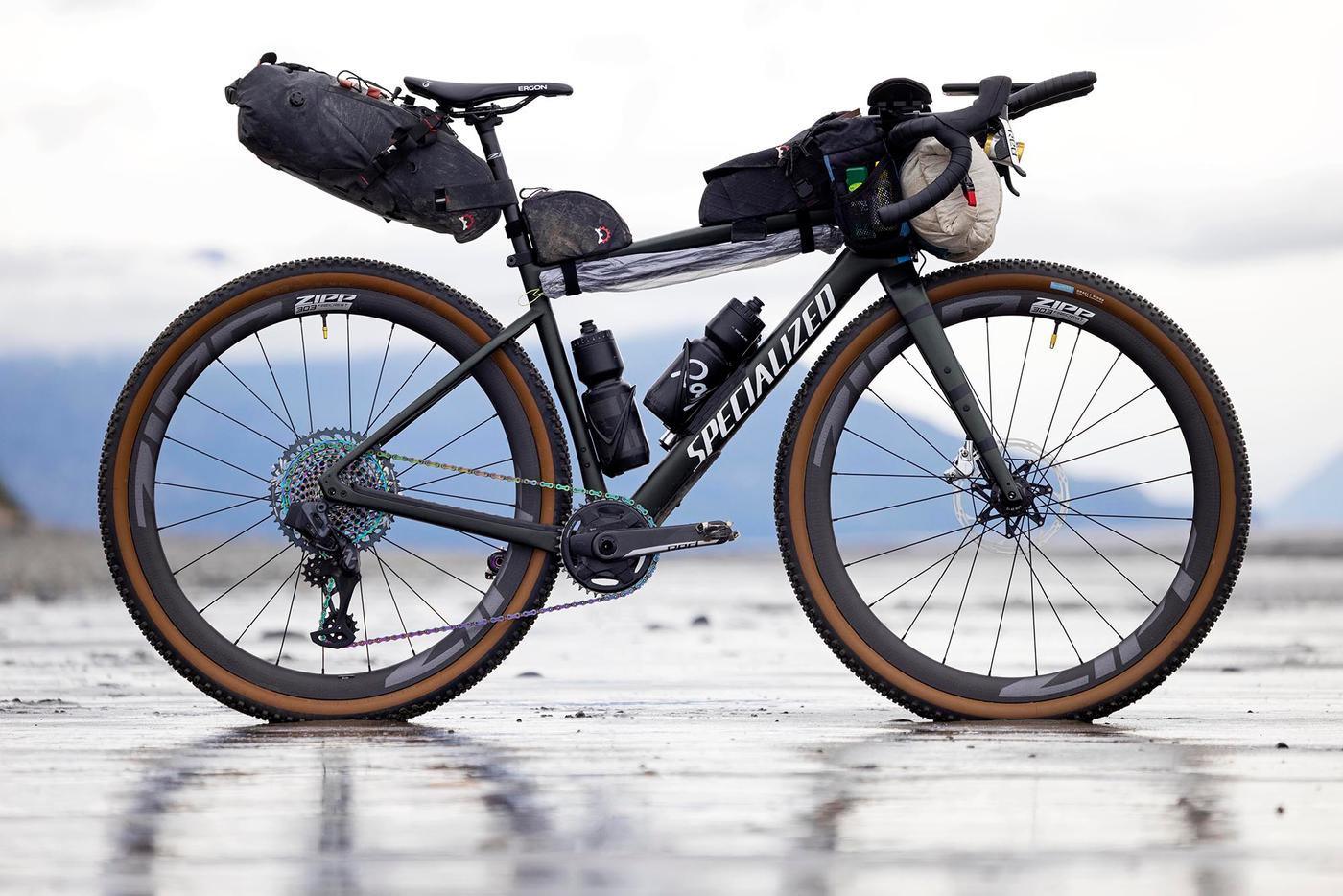 Notes on gear and route:

I’m carrying a tent for the first time in a race or time trial because of the mosquitoes. I usually carry a bivvy or just a sleeping bag or nothing at all. I plan to sleep about four hours a night and know I wouldn’t sleep for a minute if I didn’t have a bug net. The first chance to get any food is at mile 240 (km 385) at Coldfoot Camp. They have hotel rooms as well and serve food from 5am to midnight. The next chance is at mile 360 (km 580) at the Yukon River Camp. They’re only open from 12-7pm, so there’s a good chance I’ll miss the hours. I’ll carry as much food as I can— Gnarly powder drinks, Trail Butter, salami-hummus-cream cheese tortilla roll-ups, surelis, brownies and more are going in every bag and every pocket. 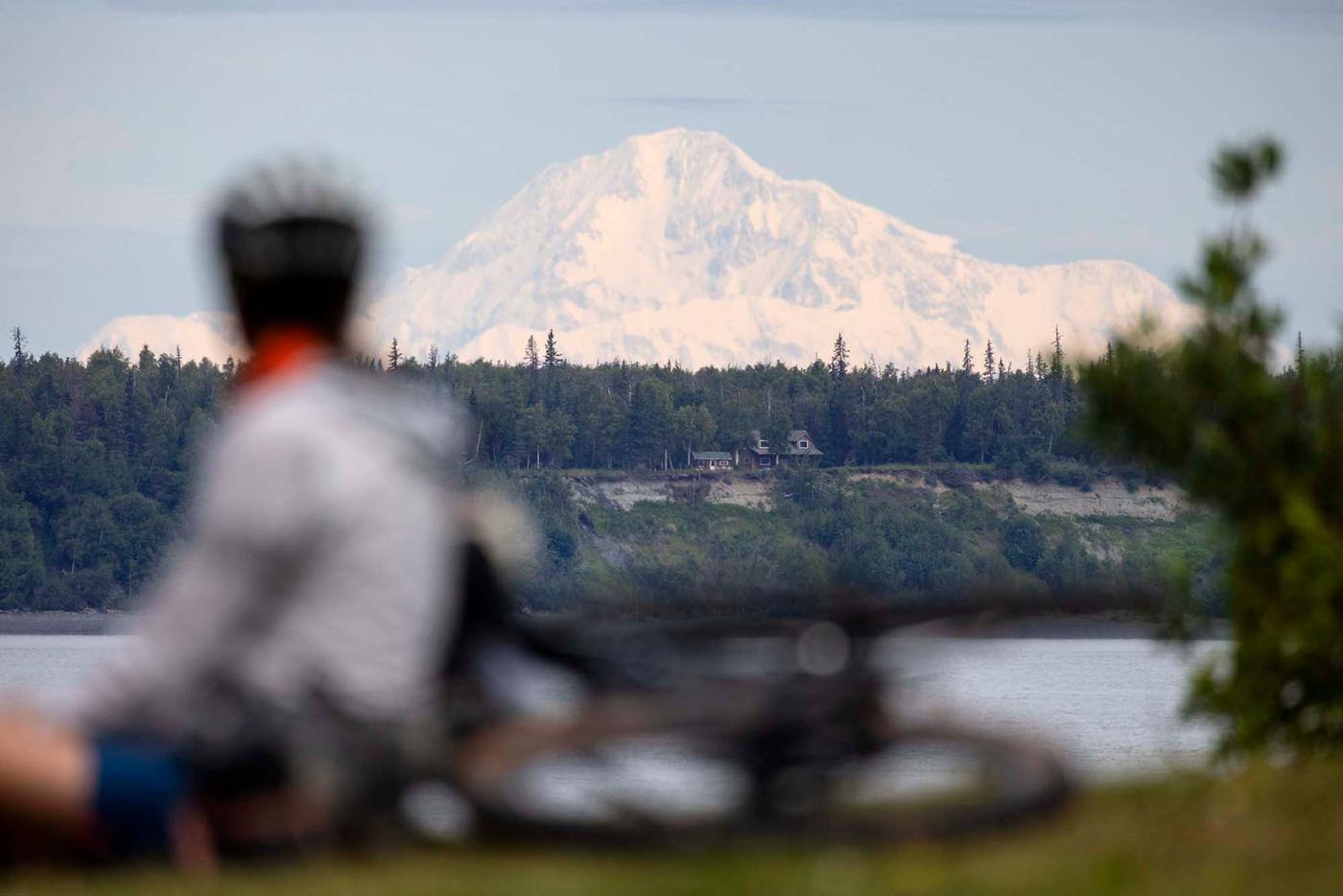 I’m bringing a Suunto 9 Peak watch to try and record one continuous GPX file for my ride. The battery is supposed to last for a week on low power mode. I hope to finish my ride in four or five days. 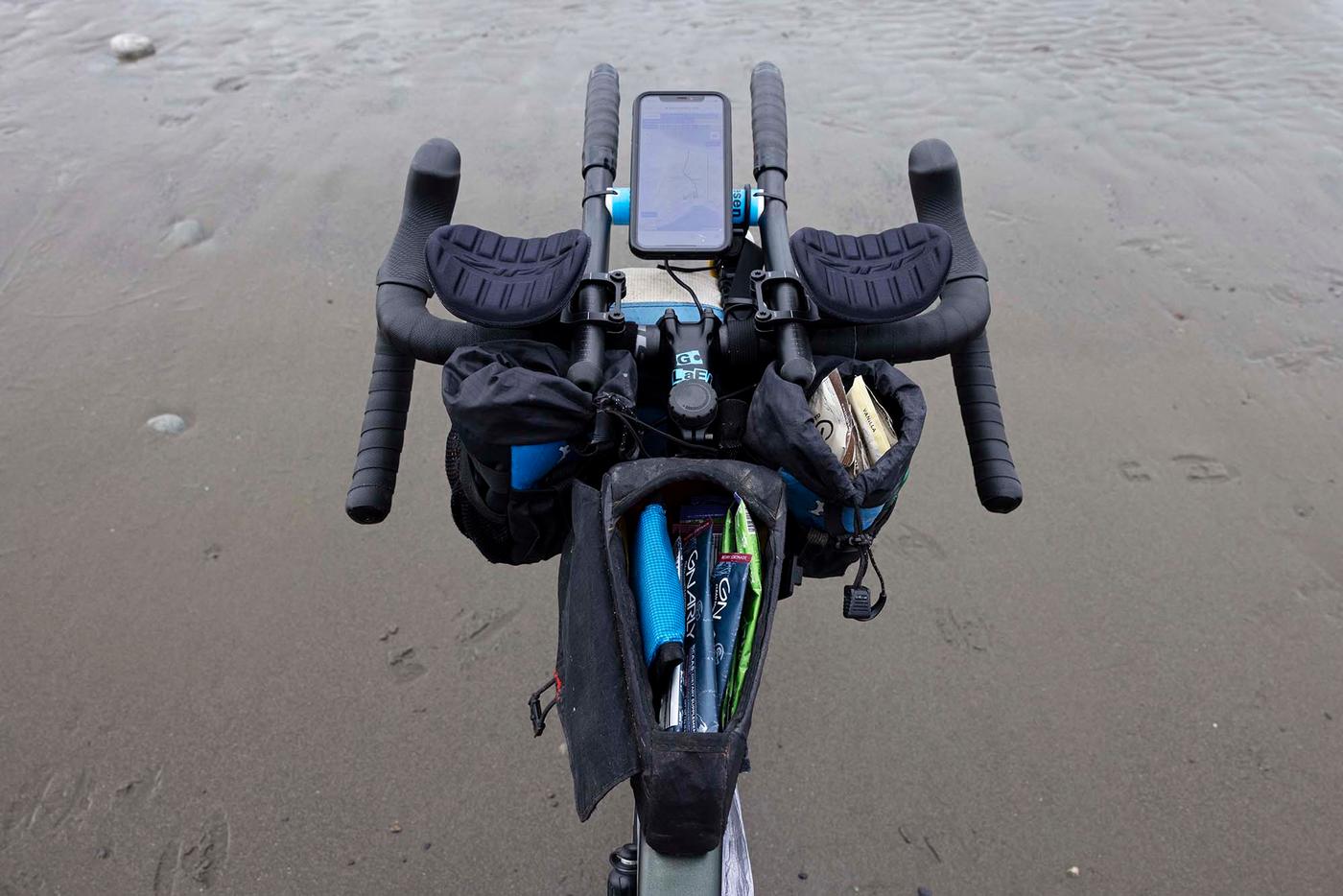 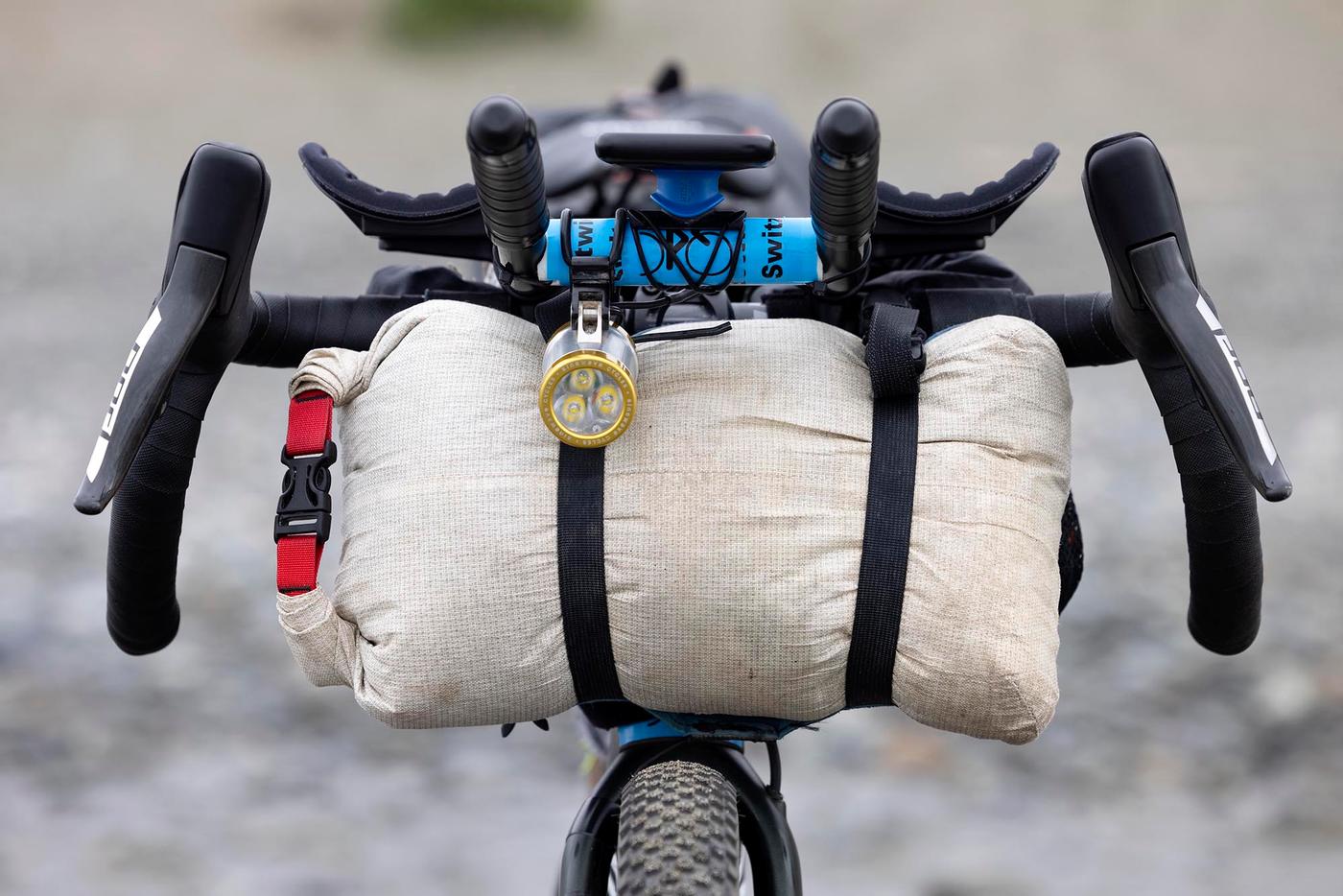 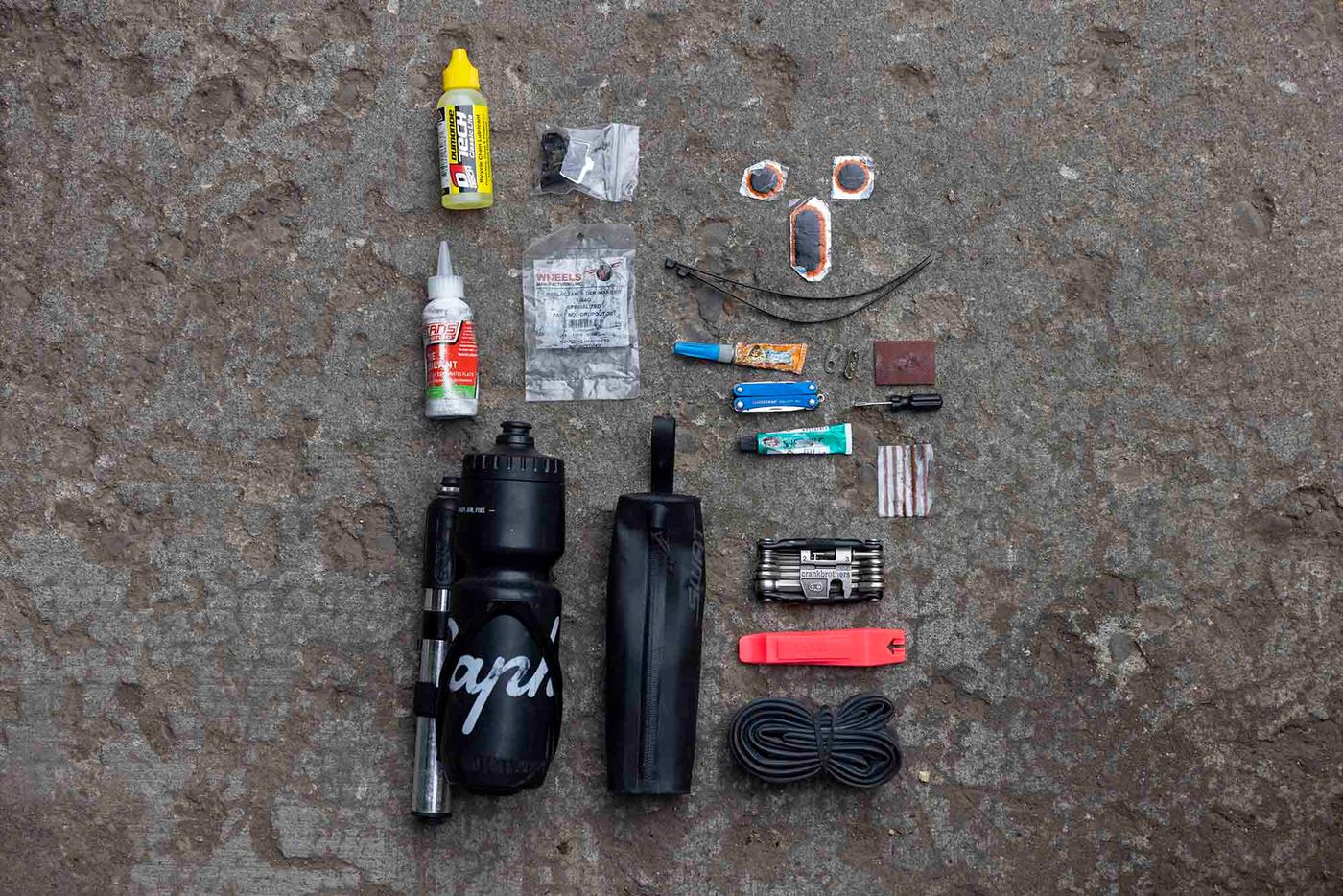 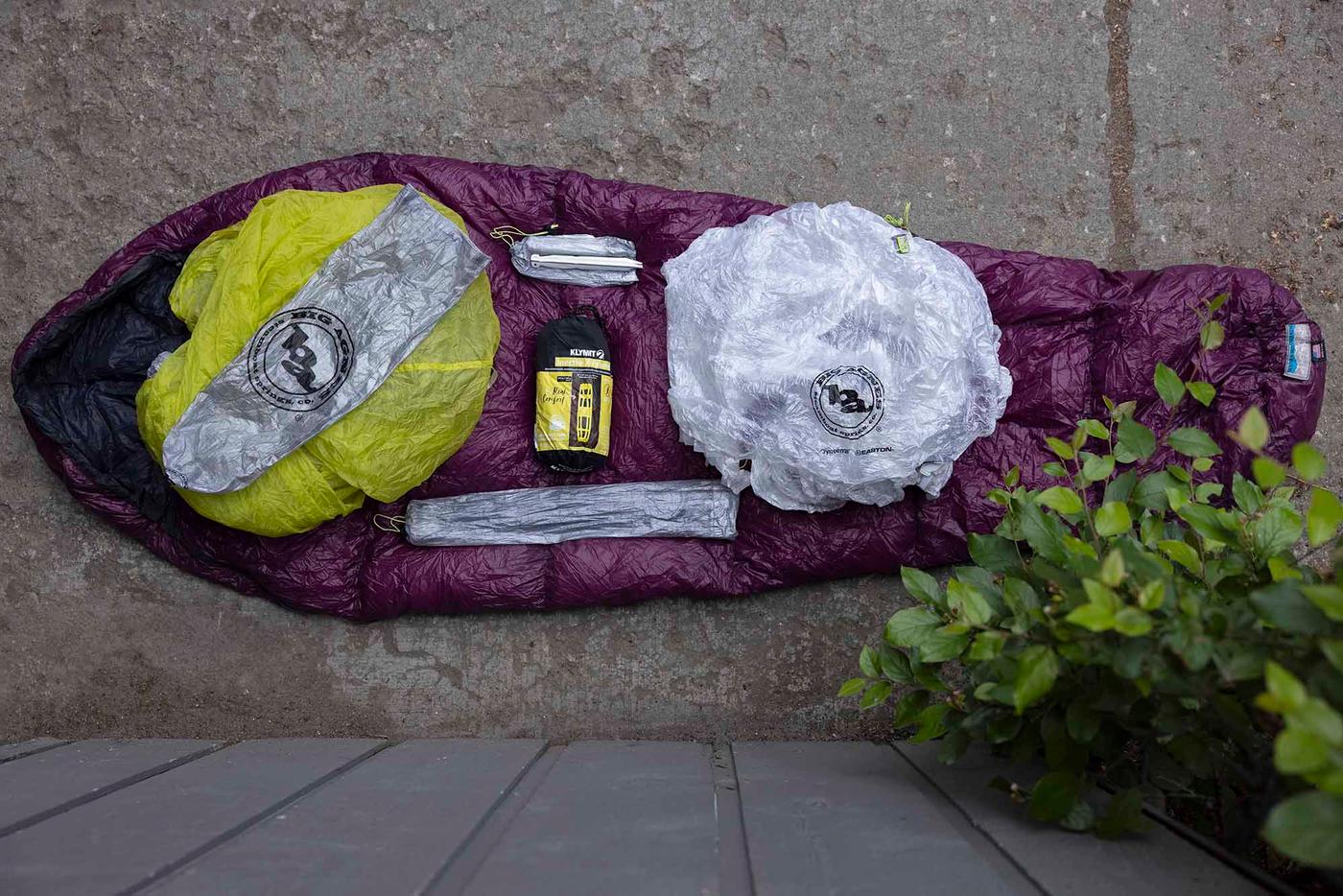 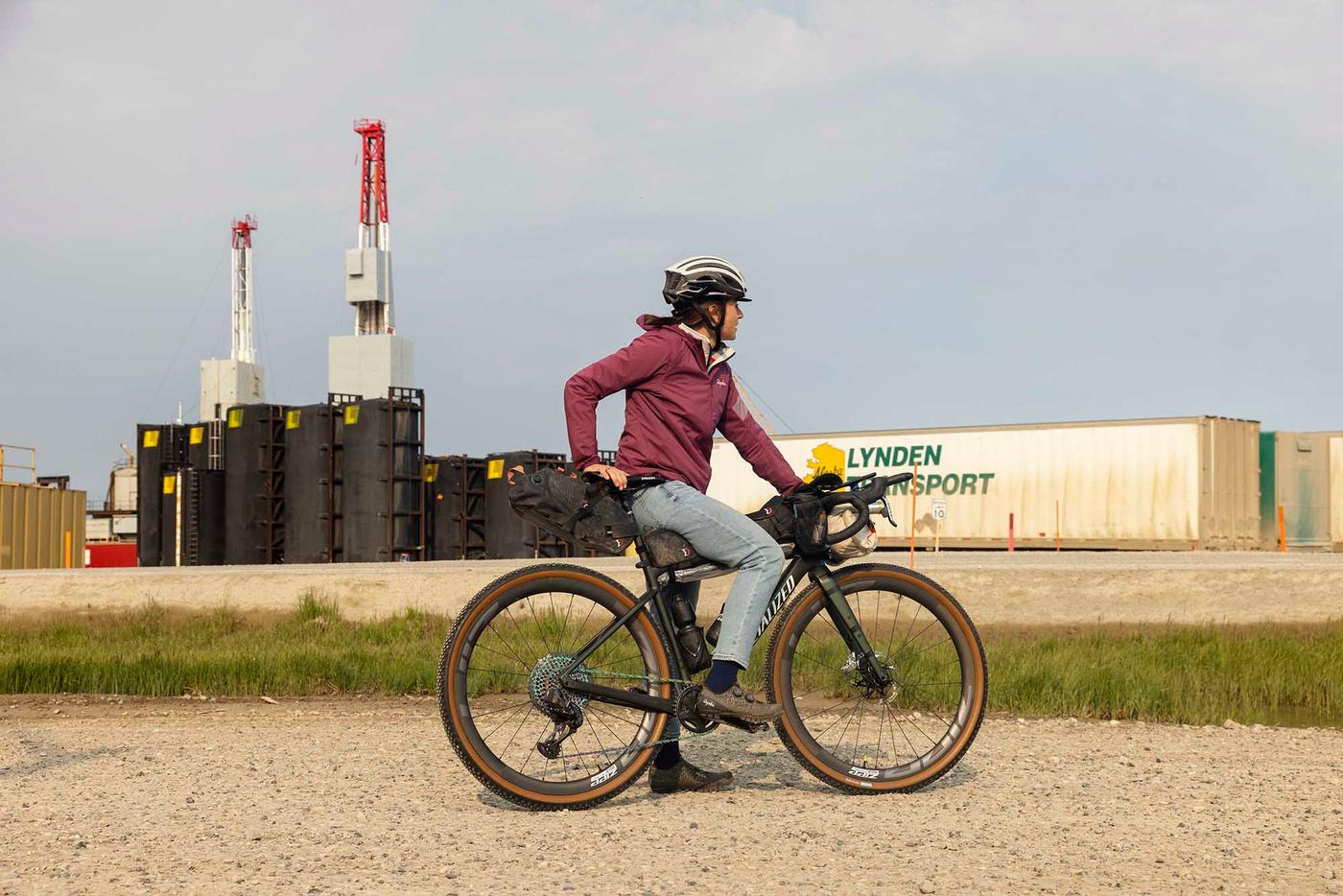