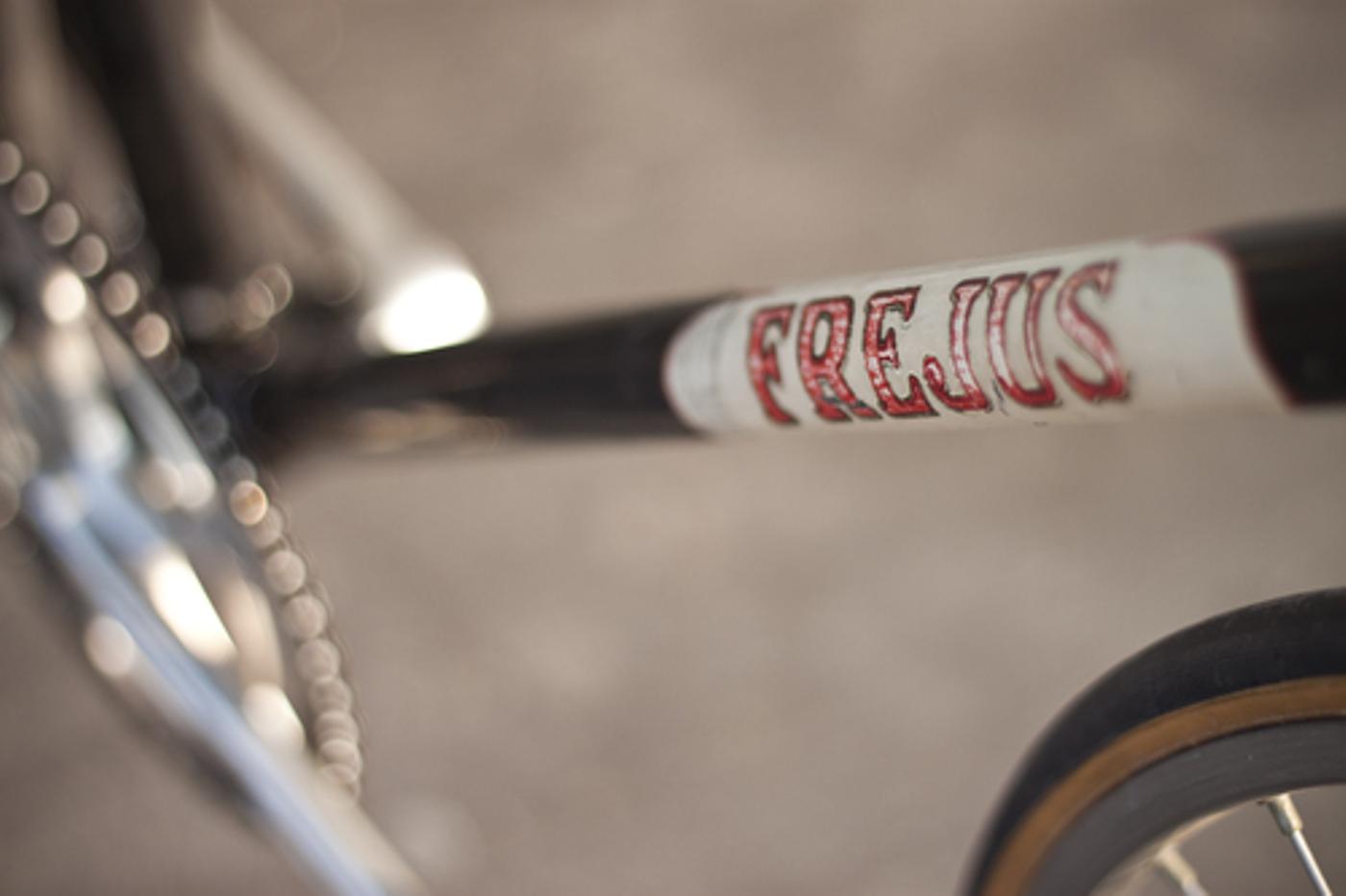 Some people just don’t know when to quit! As if a gorgeous Frejus Tour de France wasn’t enough, Jason from Affinity recently bought this stunning Frejus track bike from the original owner here in NYC. I think he has the bug! Now he’s gotta hand it off to the master at Cicli Devotion to put a little elbow grease into the build.

Check out a few more photos below. He picked it up locally from a man who purchased it brand new back in the 50’s. Like most of the Frejus bikes from the era, this one came with a re-branded Frejus steel headset. He’s gotta get a new cockpit for it, a nice unicanitor, some Con Denti pedals, 151 1″ pitch cranks and numerous other small bits to build it up period-correct. Then of course, he’s gotta ride it! I just love path racers and classic track bikes. There’s just something about them that no manufacturer could ever come close to replicating!