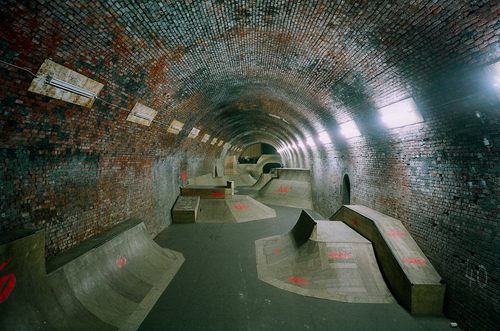 In case you didn’t pick up on this earlier; The 14 Bike Co and Fixed Gear London guys took Tom and Tony to the Nike 6.0 Tunnel while the guys were in London. The tunnel’s in the middle of nowhere and the experience of just getting there is something out of a modern-day horror flick (think High Tension). The van ride there, the generator losing power and the craziness that ensued probably put this in the higher rankings for the biggest clusterfuck in the guy’s trip.

Andy upped a ton of shots from the Tunnel here on Flickr. Go check them out.