Editors Note: It was brought to my attention almost two years ago that my framing of Ariel’s encounter as a cultural exchange glossed over the history of systemic restriction of women’s access to reproductive health in Ecuador and Central/Southern American countries.  This  framing allowed the possibility for it to be construed that the family is responsible for their ignorance (cultural), rather than being victims of a cruel system meant to strip them of their rights (systemic).  Glossing over these conditions only perpetuates the erasure of the experiences of women, especially indigenous, in Ecuador.  For some context I suggest reading this article by The Nation from 2019 here.

The intent of the article was to decentralize my voice from the article and highlight Ariel’s experience. Nonetheless, the article lacked a purpose and context.  In an effort to do better I am adding this editor’s note to explain why the article is problematic.  I have no excuse for my lack of inaction for so long, I had a conversation about it two years ago and it got swept under the rug until the person who first brought it to my attention to me asked that I take action recently.  I acknowledge that it should not be someone else’s responsibility to ask me to take such action, I can only attempt to know better and do better in the future.

I have donated the money I made from publishing this article to the Desafío Foundation.  They are based in Ecuador working to increase access to contraceptives and fighting for women’s reproductive rights.  You can read about their work here (in english) and donate here

I’ve been sitting on the photos from our stint on the Trans Ecuador Mountain Bike Route last summer trying to figure out what to write about. My photos tell their own story, so in lieu of the usual route discussion and tales of arduous climbs, I wanted to open a platform for Ariel to speak of a personal encounter she felt like sharing. This was a rather personal and charged experience, one I was not present for nor photographed. While there has been plenty of discussion about privilege in visiting developing countries on bikes, I feel in Ariel’s instance there was an authentic opportunity to educate and have a cultural exchange. The little things in your pocket shouldn’t be taken for granted, they have the ability to affect how someone experiences the world… -Spencer 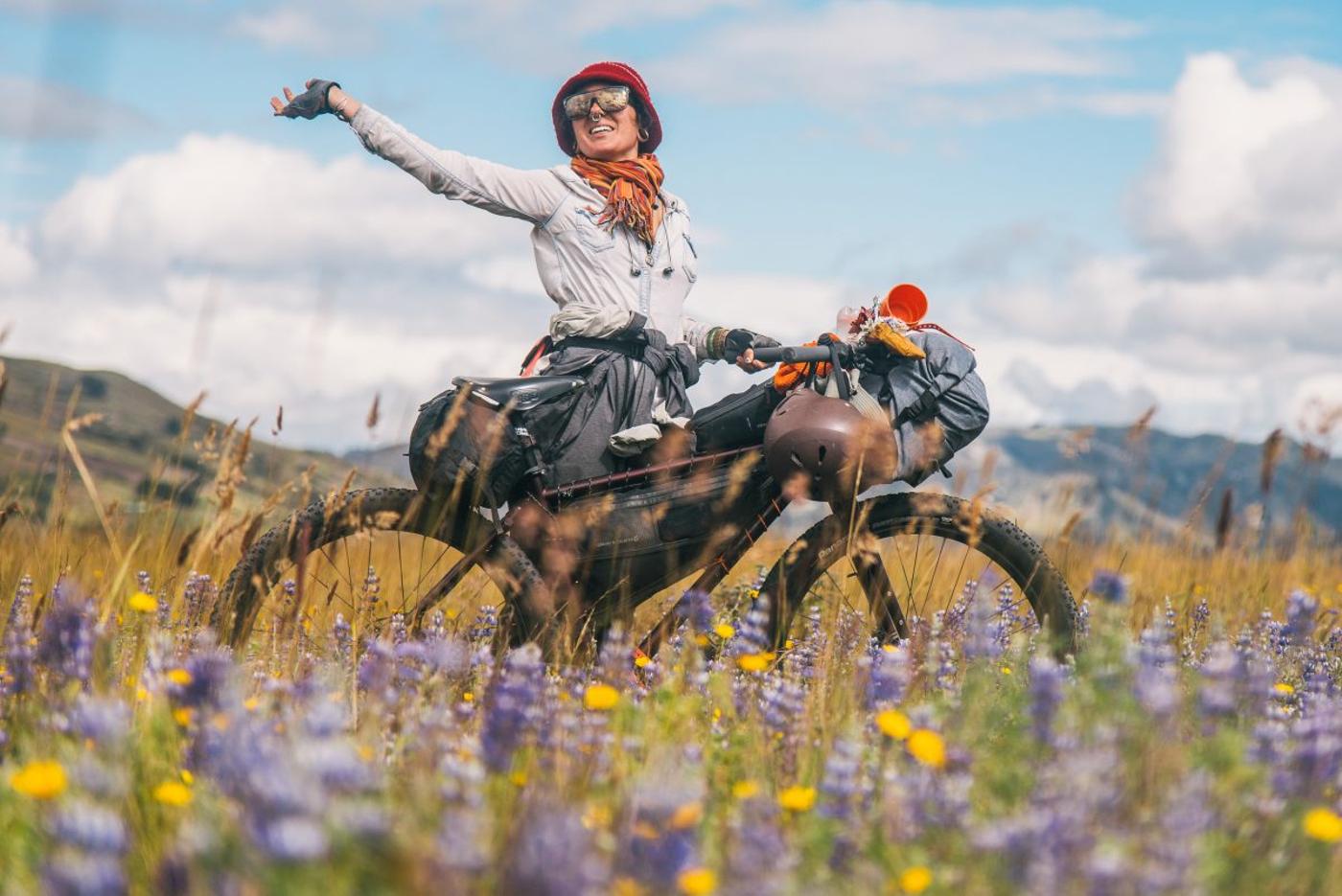 The 11K elevation was too much for my lowland and desert accustomed body, I struggled to acclimate. Towards the second half of our trip, I started experiencing altitude sickness to a crippling degree. It was difficult to ride or even walk my bike. Short of breath and extremely tired, altitude sickness got the best of me, which lead to our painful separation with Spencer. 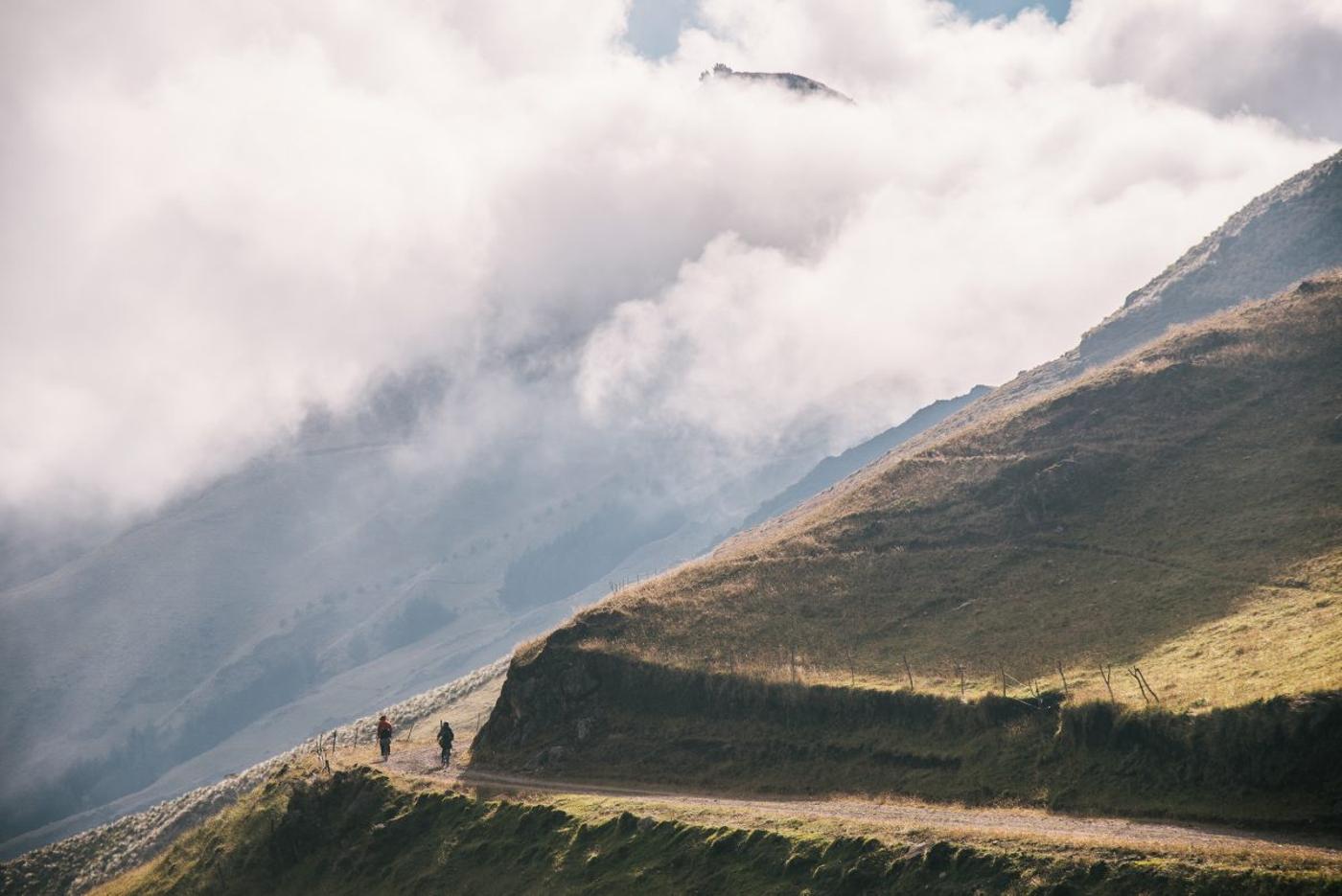 Kurt and I turned around and backtracked to lower land while Spencer continued upward. Soon after, Kurt and I got caught in a terrible two-day thunderstorm. We reached a point where it was dangerous and we needed shelter, nourishment, and warmth. While walking our bikes up a rough dirt road, a woman flagged us in, inviting us into her home. We sat huddled in the middle of a hand-built, single-roomed, mud house, while the woman lit handfuls of long, wild straw and bathed us in smoke for warmth.  Kurt was on the brink of hypothermia and we were both filthy and soaking wet. The woman arranged a small pile of burning straw on the compacted dirt floor in front of us as she proceeded to make the region’s traditional staples, a warm cane sugar and mint tea beverage and boiled potatoes.

The Ecuadorian woman, a single mother in her early 40s with missing teeth and weathered from a life of sun exposure and outdoor manual labor. She lived with her three teenage children, a son-in-law, and a 9-month old grandbaby. When we first arrived the family had been scattered, with a few piled on the only bed in the single room, one in the corner brushing her hair, and another coming in and out tending to the outside and keeping the chickens from entering through the doorway. The family spoke to each other in broken Spanish and soft-spoken Quechua as a small radio played music in the background. Life started to slowly come back to Kurt and me, color came into our skins, sugar was pumped into our blood, our speech reignited. Gradually the members of the household congregated across the room from us and we started talking. Our conversation was held in Spanish between me and the family while I interpreted for Kurt.

“Are you Americans?” the woman asked.
“Yes”
“Is it true the roads are covered in gold?” her son asked.
“No.” Which led into a small discussion of misrepresentation of wealth in America.
“Are you a couple?” the woman asked.
“Yes.”
“Do you have kids?”
“No.”
“How come?” she asked.
“What do you mean?” I responded.
“Well, if you are a couple, sleeping together, you know, how do you not have any kids?”

Her round-about way of asking seemed strange. I asked her to further explain.

“I have three teenage daughters, four children altogether. They are all under 18 years old. I have 2 grandchildren. I am so young; my children are so young and we keep having children so young. We don’t want them anymore. We can’t afford them, it’s too much to care for. How come you guys don’t have children?”

She was asking about our contraception practices. I inquired if she knew about condoms. No, she didn’t. None of them did. “We use condoms,” I said. “Have you ever seen one?” None of them had, so I grabbed our small stash from a bag. “These are condoms,” I said. I opened one and demonstrated how to use it with my fingers. We talked about condoms and responsible sex with everyone was in the room, from mother, child to grandchild.

“The kids are going to keep having sex,” the mother said. “It’s no one’s fault for wanting to be together but we just can’t have them having more kids.” 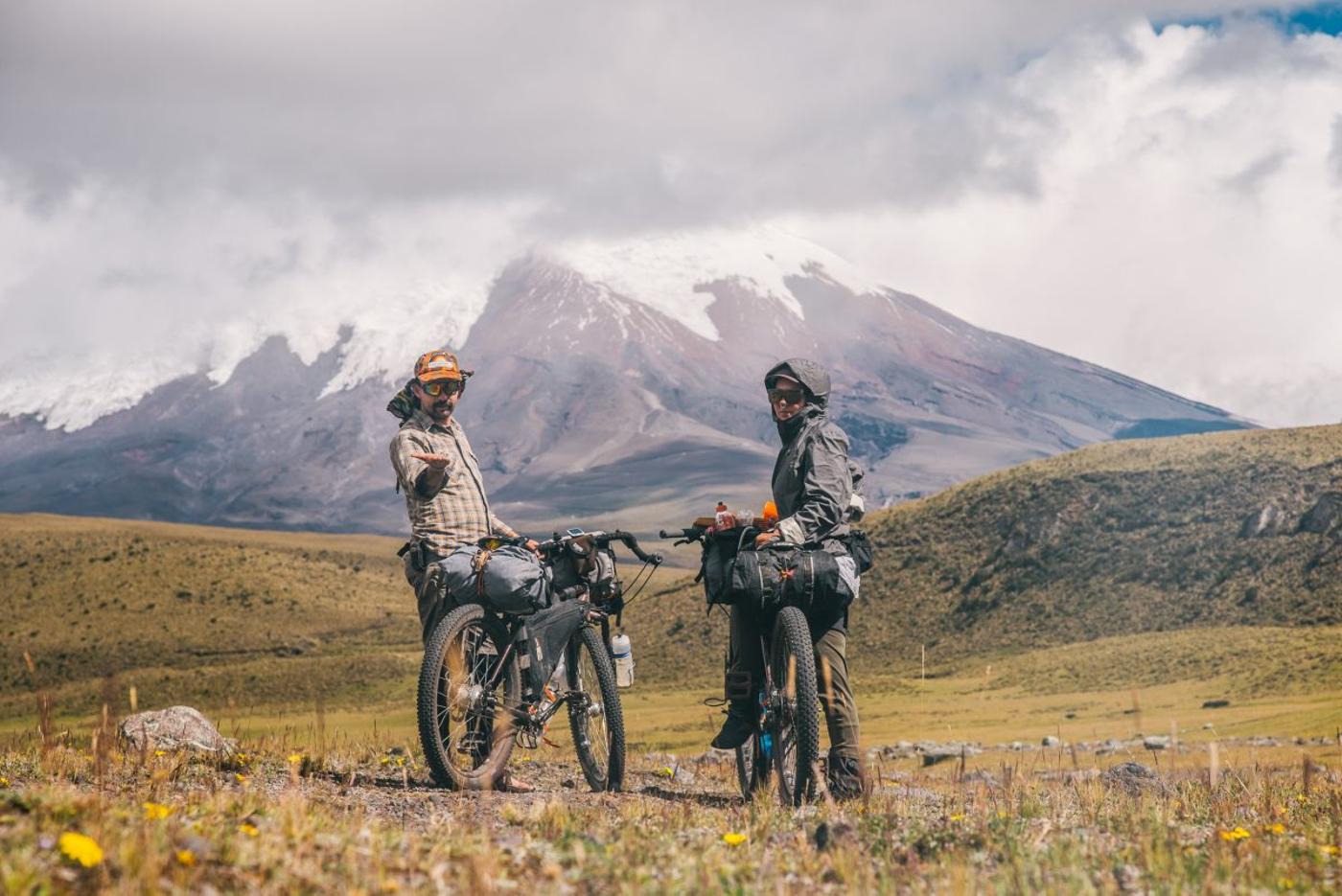 This exchange holds a lot of significance within my memories of Ecuador and I share it to demonstrate a sliver of the human experience. Our perspectives are extremely different from the family we met in the mountains of the Andes that day, but both parties treated each other with respect by sharing honest feelings and concerns for the future.

These photos are from a 2 week stint from Quito to Riobamba along the “dirt road” version of the TEMBR.  More info on the route here