Down on Muddy Creek, She Sends Me

Down on Muddy Creek, She Sends Me
Words by Spencer Harding photos by Spencer, Molly and Tyler.

So, I had a week off from leading bike tours in southwestern Utah and like any sane individual, I headed straight for Moab. I met up with Tyler and Molly whom I had connected with last fall through a mutual adventure buddy (thanks, Tommy!). Anywho, they had been pestering me to get a packraft for awhile and I finally just bought a lil’ dinghy raft from Klymit before heading out to Utah. There was some deliberation on route options and at the last minute, we decided the conditions for running Muddy Creek would be perfect.

The plan was to drop off bikes and camping gear at the take-out, drive the truck and boats to the put-in, raft down, camp out, and bike back to the truck the next morning. 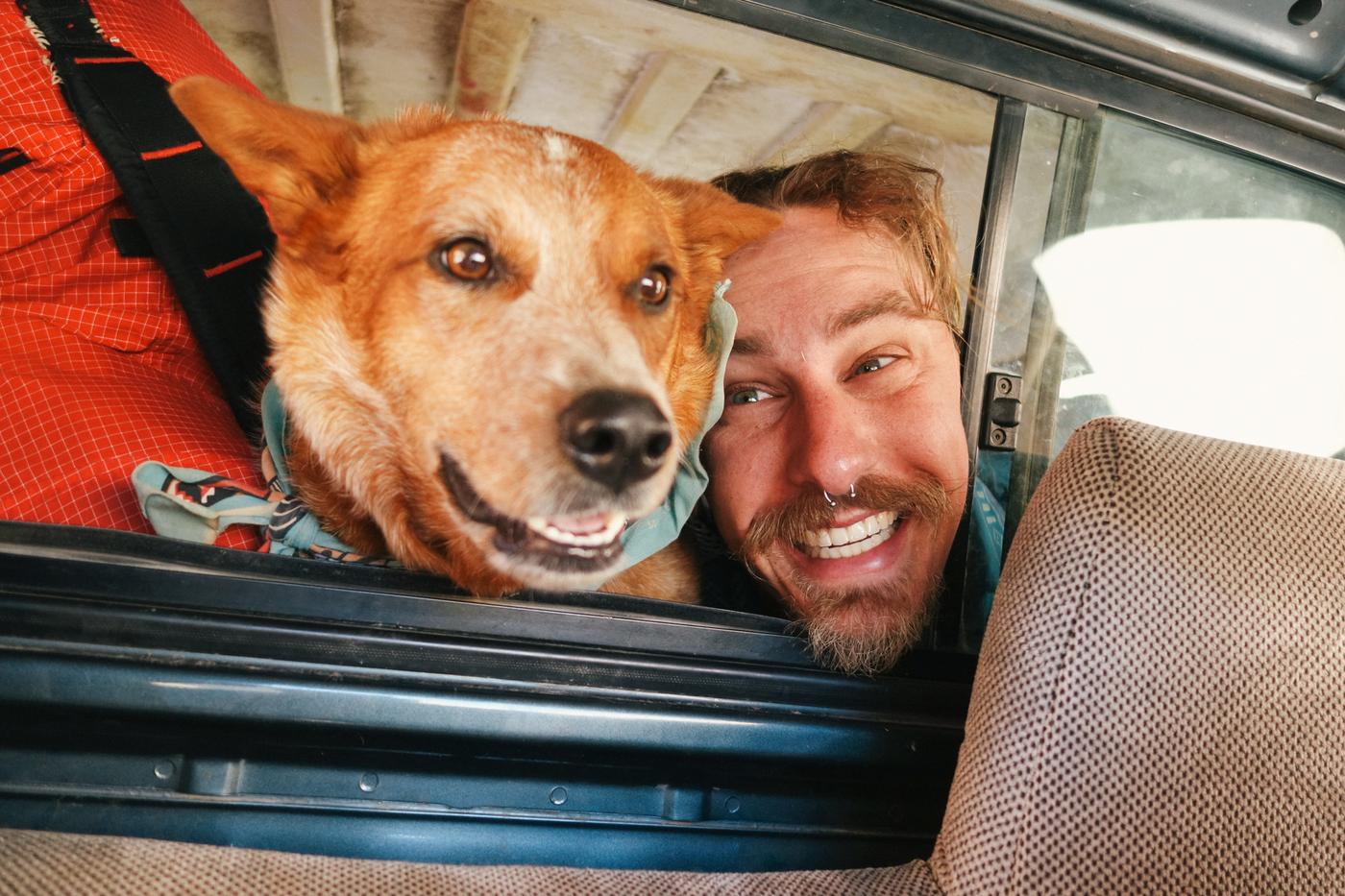 I was thrown in the back of Molly’s truck with Sprocket, her adventure wonder dog, and couldn’t have been happier for the few hour drive out to the San Rafael Swell. Not long after leaving the take-out and abandoning our gear we got flagged down by Mark from Steamboat Springs looking for a ride to the put-in. We cheerfully offered for him to hunker down in the back of the truck bed with me and Sprocket. Turns out he was part of an ill-fated meetup.com group that never showed up. He seemed stoked so we annexed him into the posse. About a mile after we picked Mark up we heard that fateful hissing sound of a quickly deflating tire. Somehow a massive rock had pierced the thickest part of Molly’s tire. We got to work getting the spare down only to find that we had no tire iron. We got the car jacked up and waited for another truck to amble down the road. Without waiting too long a fellow rafter came down the road and we were able to bribe her with beer to use her tire iron and we were back on our way!

Finally making it to the put-in near Hondu Arch and an old Uranium mining town, we prepped our boats. This would be my second time putting my “boat” in the water and its first time in anything like a rapid, far beyond what it was designed for. I had quite the time keeping up with Tyler and Molly’s rafts all day, even with Sprocket weighing her down. The first half of the float was a beautiful open canyon with tons of mesa views and gentle rapids, but things got really amazing once we hit the narrowest section of the canyon for about four miles. Having started out much later than we had hoped actually treated us to some of the most beautiful light I have ever seen.

As fate would have it I was so stoked about the amazing scenery I didn’t want to put my camera away through one small rapid, which lead to me flipping my boat with camera in hand. We went for a swim for a few seconds and I came up gasping and terrified that I had just destroyed my camera. After I calmed down we kept floating until we found some sun for me and the camera to dry off in.

It was so damn beautiful I pretty much didn’t even care about my camera at that point. We kept floating on after sunning ourselves for awhile, arriving at the take out moments before last light. We went to find our stashed camp gear and setup for the evening along the banks of the river. In the morning we got up early to beat the heat for our ride back to the truck as we had a substantial climb ahead. Having amazing company and a rad doggo for a long climb can make it seem so much quicker. Before we knew it, we reached a water cache we left at the top of the hill, let Sprocket cool off, and it was all downhill through the expansive views of the San Rafael Swell.

My camera went for a swim and was out of commission about halfway through the float, but after a week in the Moab sun immersed in rice, my camera came back to life!