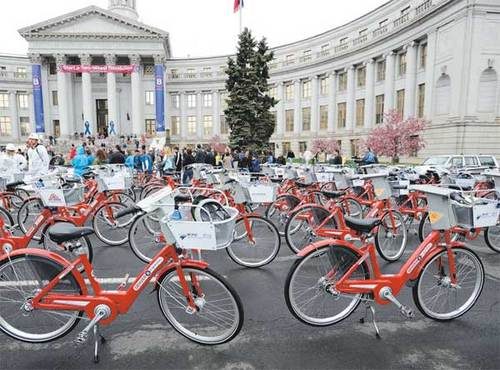 I try to stay out of politics on this blog. Partially because I don’t want to alienate any readers or start a veritable shit storm in the comments but things like this really piss me off. The Denver Post reports that Republican Dan Maes accused Denver Mayor John Hickenlooper’s pro-cycling policies as “converting Denver into a United Nations community.” Hickenlooper’s B-Cycle program (pictured above) has caused quite a stir in Denver in recent months, where he plugged the program at a local auto-sales fundraiser program where he inquired “How do we wean ourselves off automobiles?”.

Back to the anti-UN slander. Maes accuses Hickenlooper’s office of “signing up mayors across the country, and these mayors are signing on to this U.N. agreement to have their cities abide by this dream philosophy.” This dream philosophy included encouraging employers to facilitate their cycling-commuters by installing showers and other benefits amongst other perks for them. Sounds pretty rad to me.

It gets kinda rediculous, but then again, Maes is supported by the Tea Party, an organization with its head so far up its ass that they can’t see the light of day if they tried.