Dan commutes on a rather rare bird. For those of you who weren’t aware, Grant Peterson, of Rivendell, used to design bicycles for Bridgestone. His most famous models were the RB-1 and XO-1 frame. In 1993, the XO-1s sported a burnt orange color and could fit either 26″ or 700c wheels. They became the essential touring bikes of choice for many and have accumulated a rather cult-like following. Dan’s Bridgestone is a 1991 and was the only XO-1 to ever come with standard calipers, not cantis and it was designed for 26″ wheels, not 650b or 700c. This was also the only year that the XO-1 came in a purple or “tusk” paint color.

Bottom line is, Dan’s got an awesome commuter and you can check out more photos below. 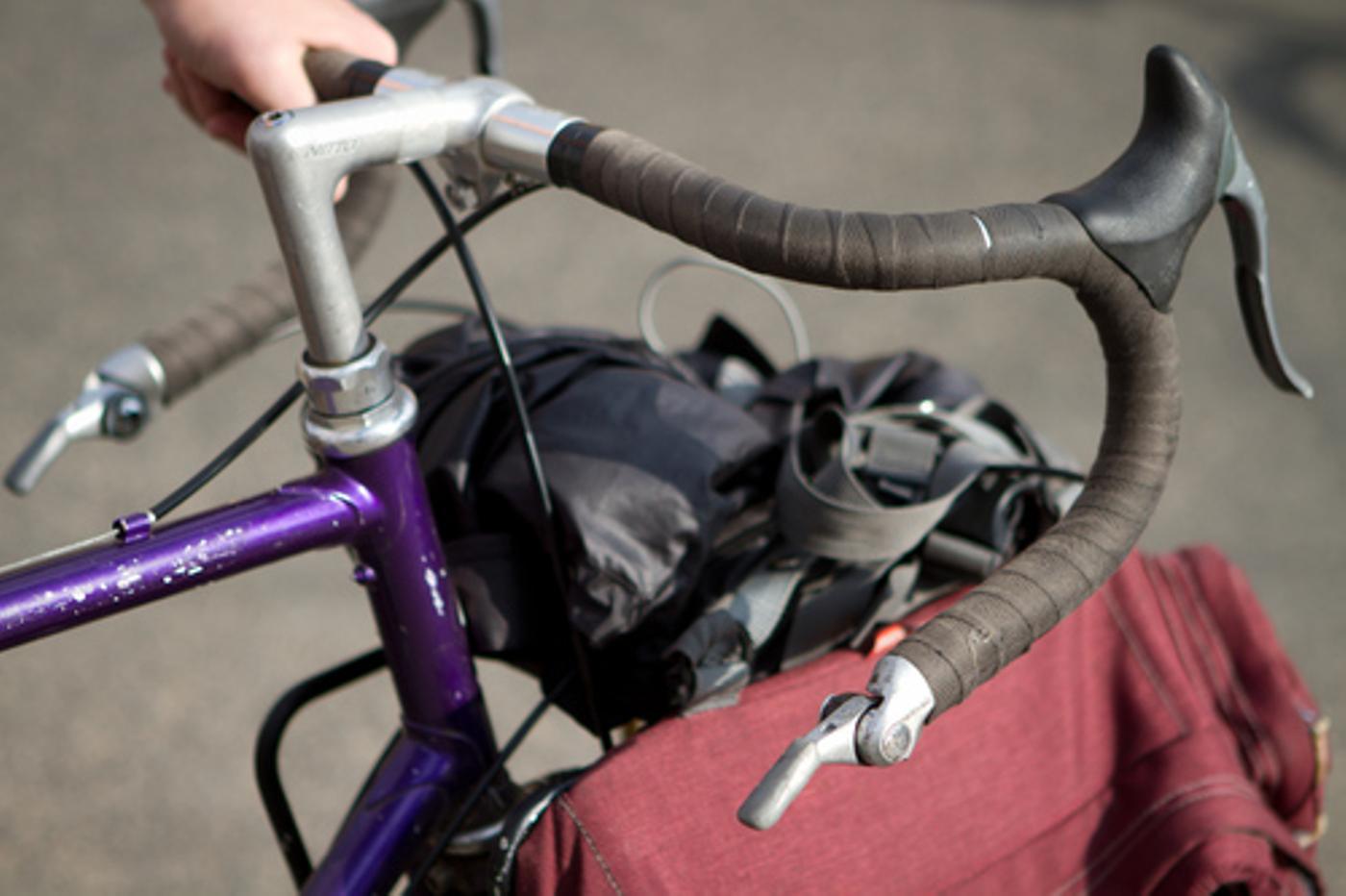 We bumped into Dan last Saturday as he was on his way to work at Royal Blue Deli. He packs his Cyclepro panniers with everything he needs and trucks through the east side to downtown daily. Another rad factoid about this bike is that it was built up in 1991 here in Austin at Bicycle Sport Shop. 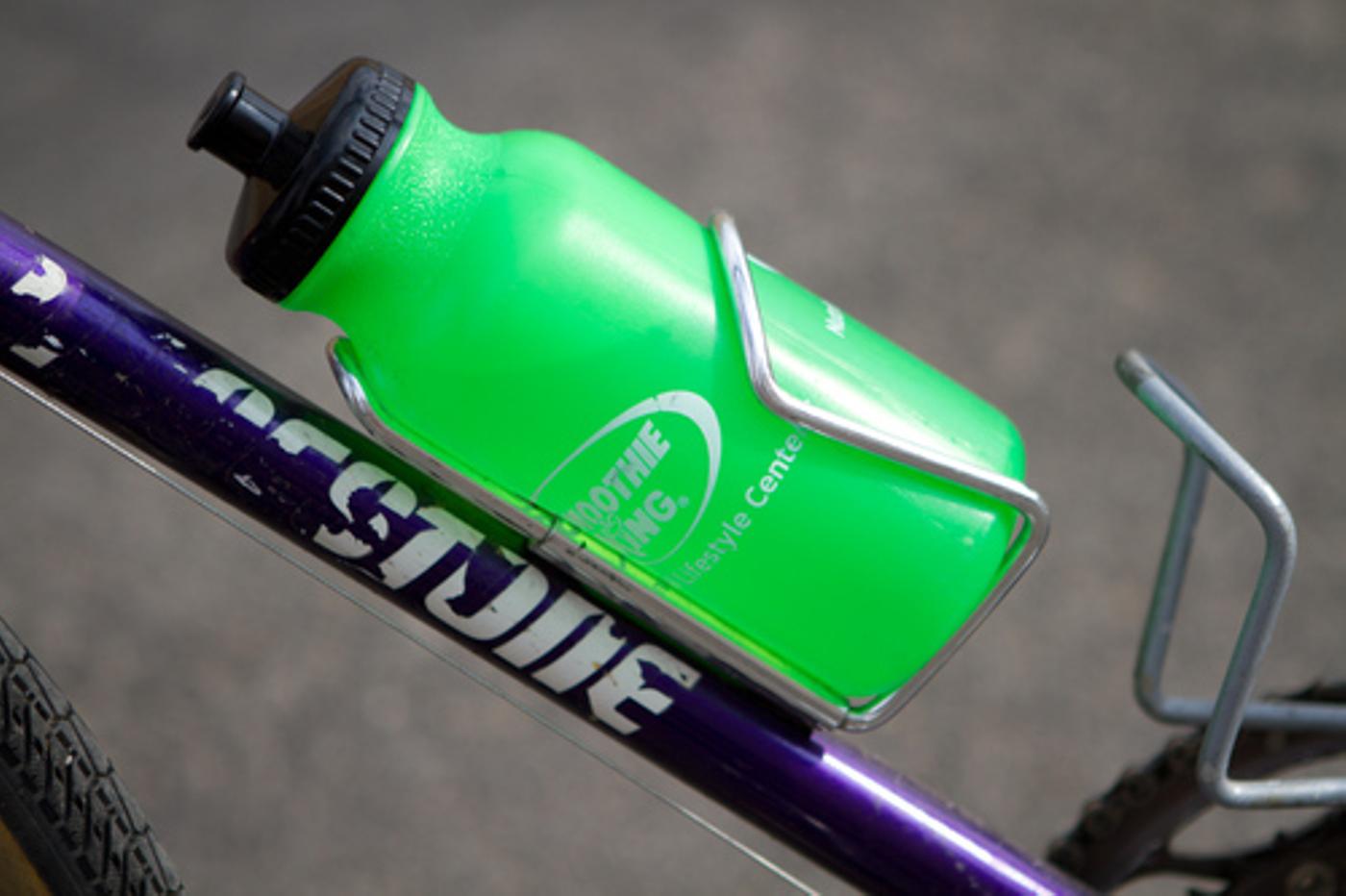 When I asked Dan what the favorite things were on the bike, he mentioned that he liked the non-drive side “STONE” on the downtube. And his well used Flite. Dan, you’ve got yourself one well-loved bicycle. Thanks for stopping and saying hi!