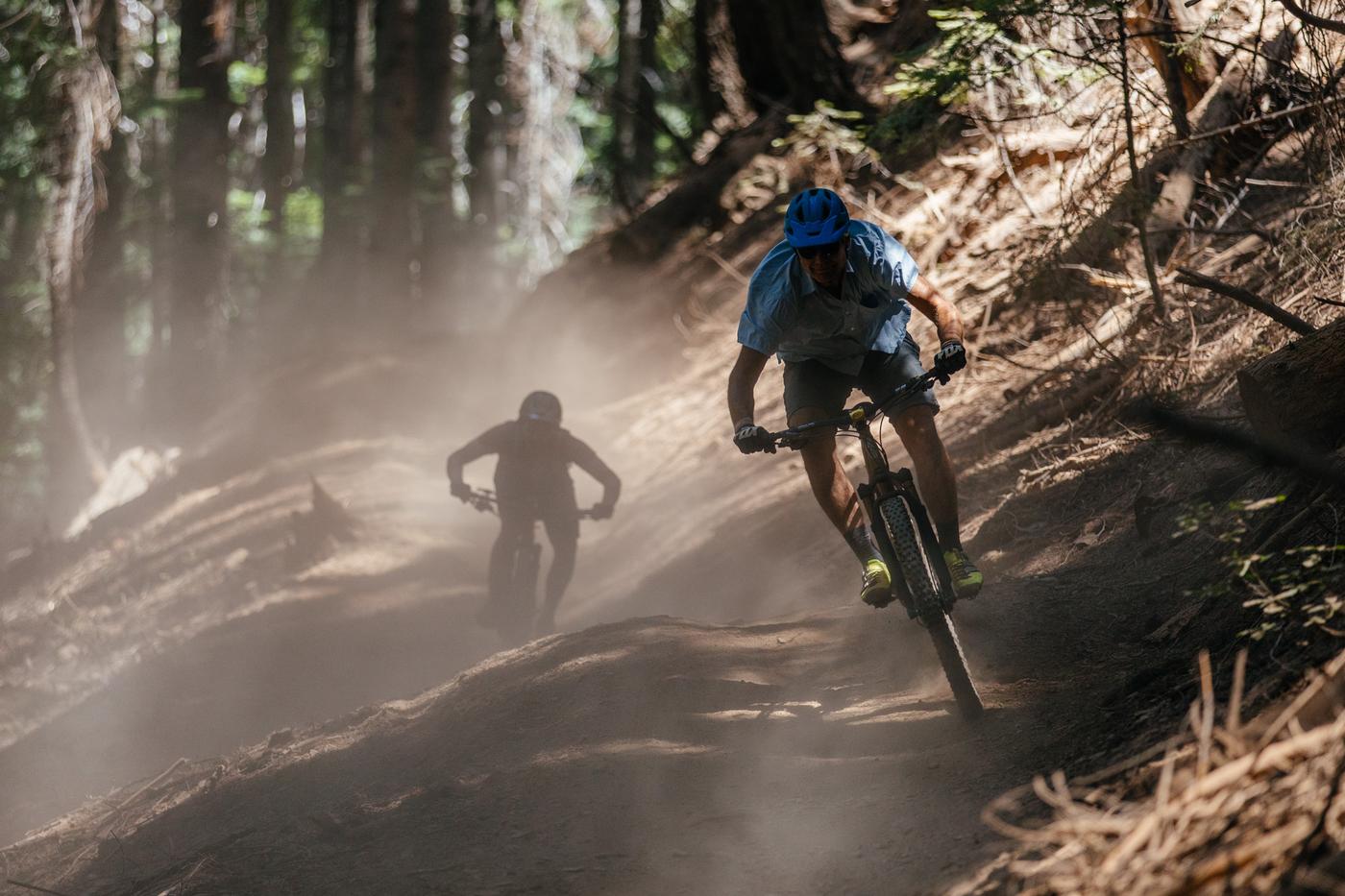 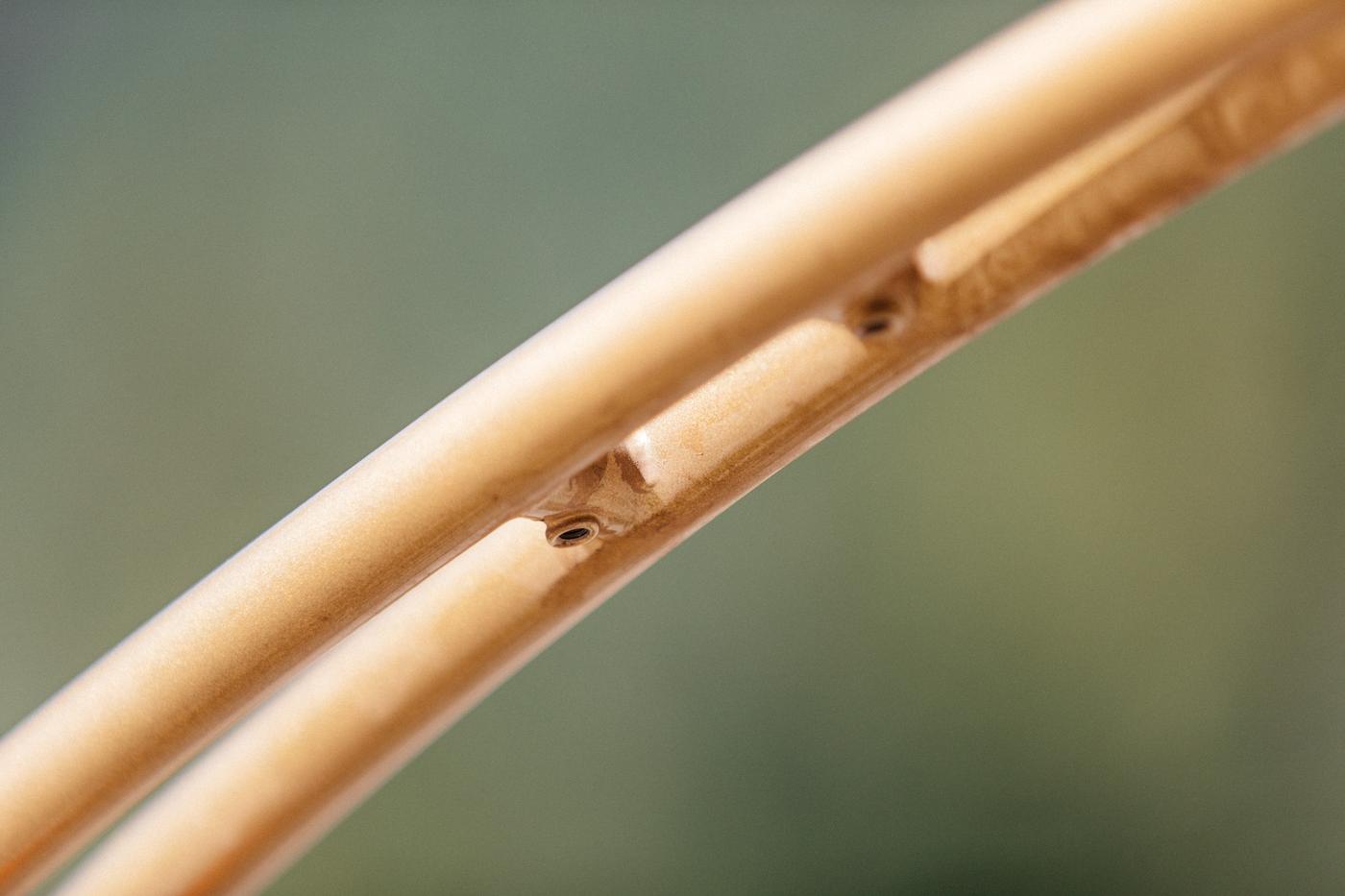 Over the years, Curtis has been experimenting with the Funduro platform but this bike is the latest and greatest model. There are many new details on this bike, of which diehard Retrotec fans will note. For starters, Curtis has figured out how to compound bend his dual top tubes, from lighter weight tubing. Other Funduros had been constructed with separate tubes, joining at the seat tube cluster. Now, the top tubes and seat stays are one continuous bend, arcing from the head tube to the rear hub, and around the very plump tires. Another detail he added were these top tube braces, which double as bottle bosses to add a bolt-on frame bag, or an extra bottle. 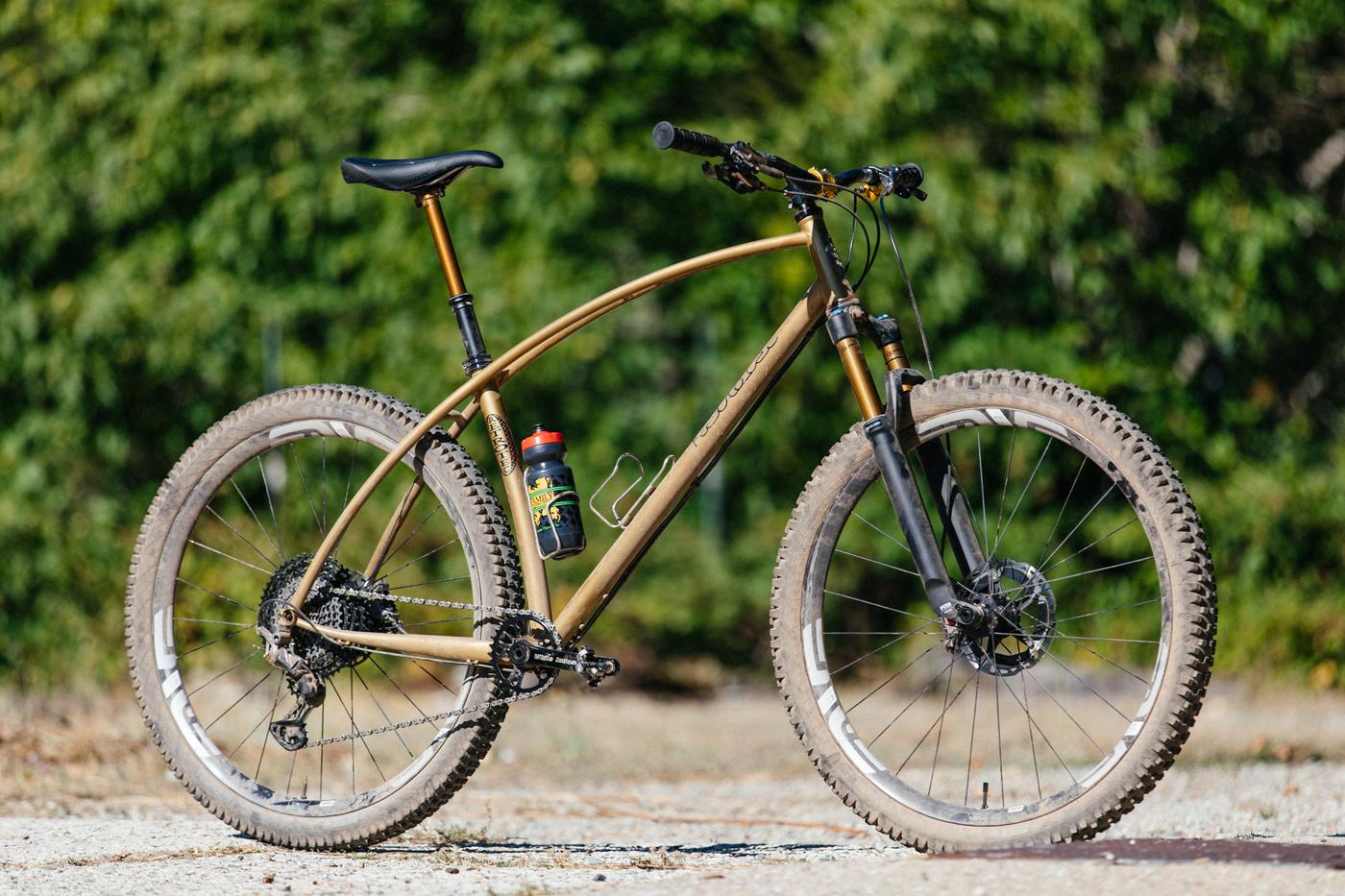 These may not seem like drastic changes to the Funduro model but as someone who has constantly tweaked his designs, Curtis was stoked to figure this out. It saves weight and most importantly, time in the construction process.

Enjoy these photos. We’ve got more on the way, including our recap of the Downieville Classic tomorrow! See more information at Retrotec!