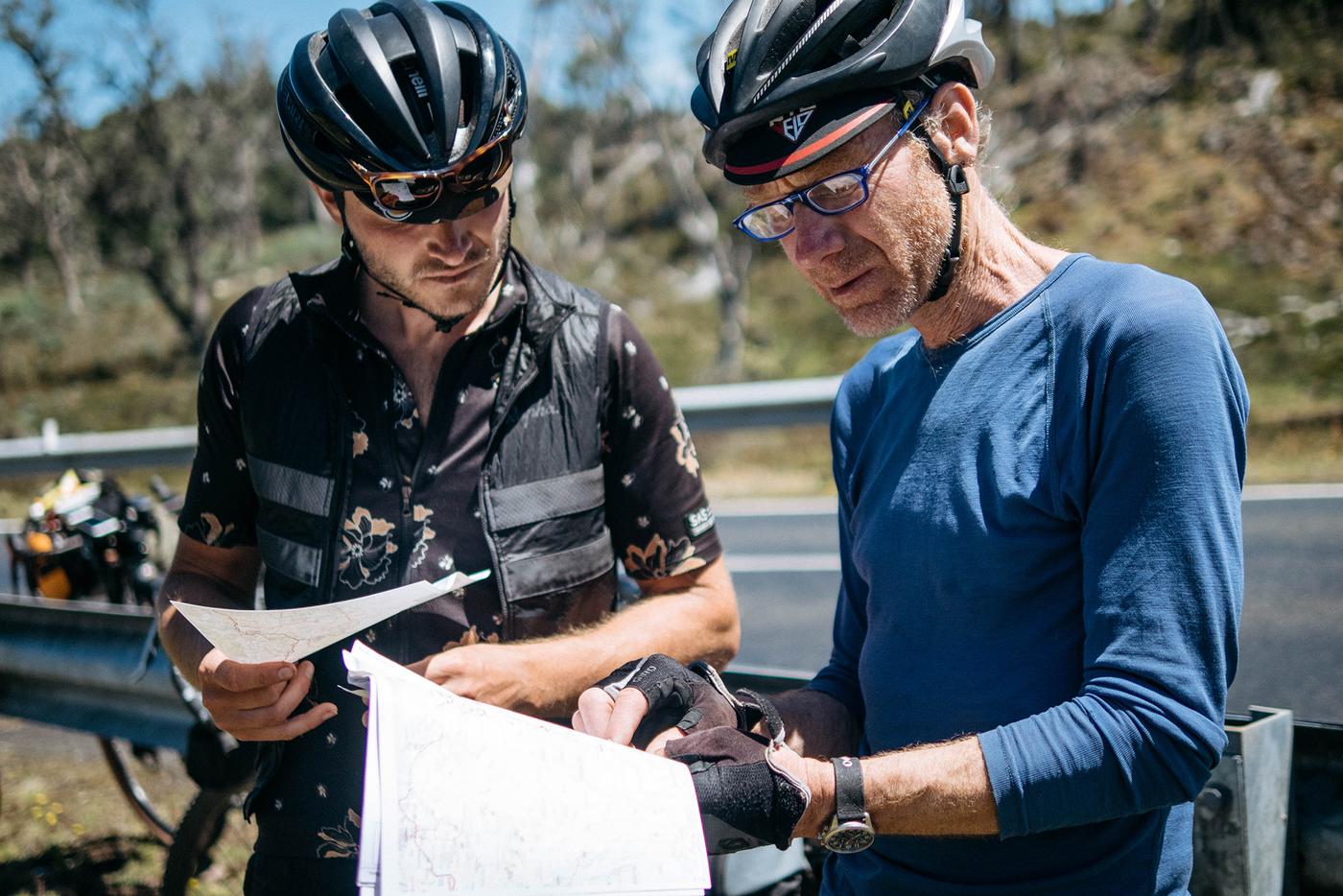 A sub-story, then, of the Tasmania Search Brigade is one of a small group of like-minded adventure riders taking the opportunity to explore and document the idea of craftsmanship set against the background of winding back roads, gravel and the remote fire trails of Tasmania. As the “local” I would do my best to be the host for these riders. They had planned for themselves a route that would amply visit wild Tasmania, but I wanted to show them Tasmanian producers and introduce them to a local craftsman. 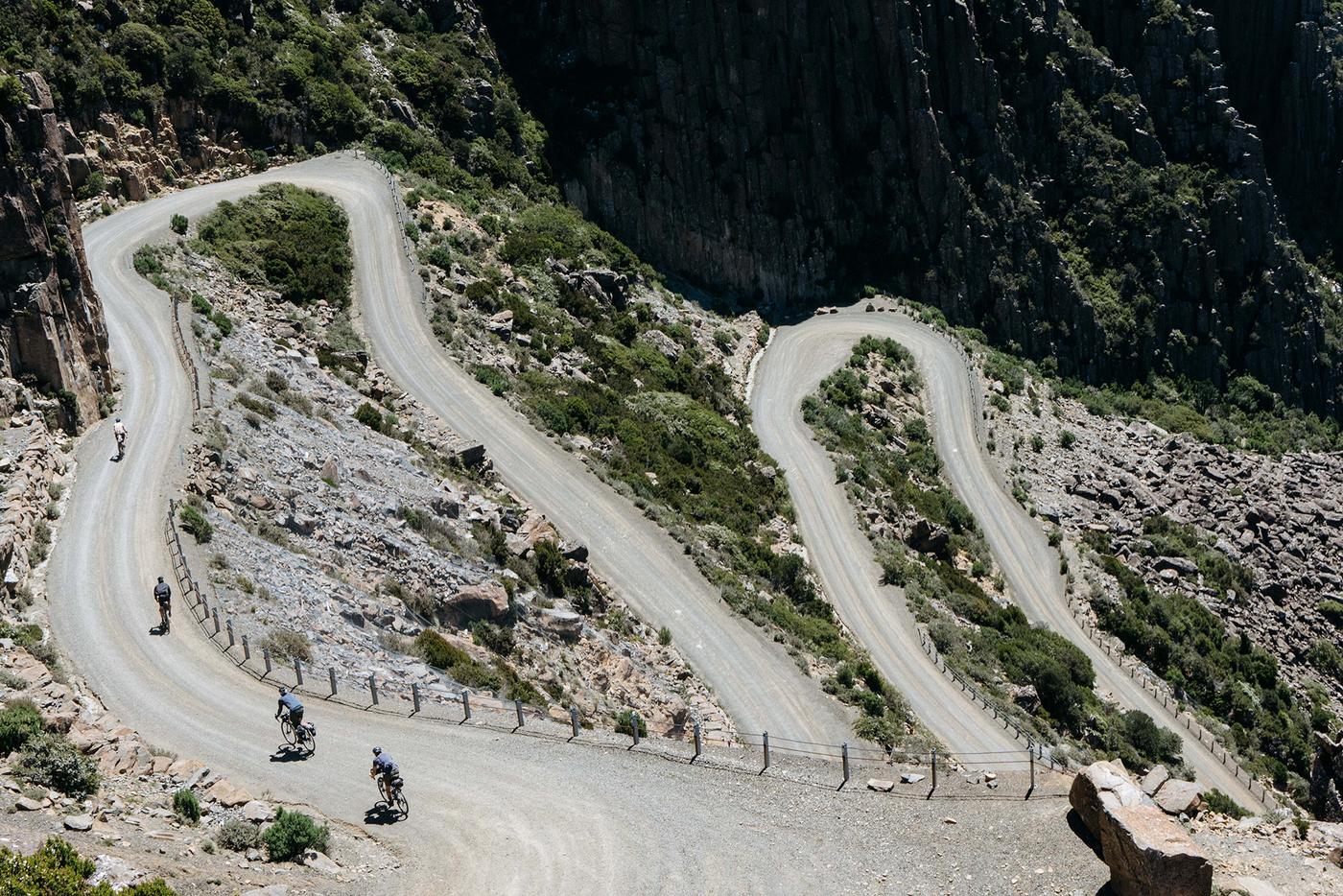 We had in our sights the climb of Ben Lomond, a 3900ft gravel monster 150km round trip from my home city of Launceston. The Brigade arrived by track and trail from the south of the island and met up with Will Tatchell, owner and Head Brewer of Van Diemen Brewing. The brewery is based on Will’s Family Farm on the connecting back road between Launceston and the small town of Evandale. The crew would spend the night there camping under the massive old tree or, for a couple of them, with bedroll stretched right next to the fermenting tank inside the main barn. Van Diemen was our launching pad for the iconic day ride loop.

The brewery was founded in an artisanal spirit of brewing excellent independent beer every day. Their focus has evolved into an on-farm approach with some of their beer lines now produced solely from the output of the Farm. The single origin beer of the “Estate Ales” for me epitomizes the idea of crafted handmade products that cannot be replicated. As Will describes it (his words were much better than mine): “By utilizing grains and hops grown on the brewery farm and subsequent processing on-site, a spring-fed water source, and foraging the countryside for wild flora and indigenous wild yeasts, we are returning to how local farmhouse brewing existed in a previous life, back to its agricultural roots.” Every single ingredient is sourced from within 300 meters of where the beer is made. This singular idea drives his focus day to day from a brewing operations perspective and also on-farm decisions for brewing purposes. He says, “The ability to be able to actively control, influence and manage the entire process from ground to glass is incredibly rare in any industry these days and something we’re inherently proud and protective of.  We’re brewing from the ground up.”

Sitting under that English tree next to the brewery sipping one these ales is a very rare experience there are few breweries that can claim single origin in the world. Will’s pride and extraordinary brewery hospitality included hot roast pork and lamb also grown on the farm. We watched the sunset over the local mountains that we would climb tomorrow and we knew that this is an experience that any rider would envious of.

The next morning has us rising without hurry. We make coffee and look over the course for the day. We have opted to cover as much of the ground using the gravel back roads on the way out to the base of “The Ben” with only short deviations to sealed roads where necessary. The early morning with the wind at our backs has us rolling through local farming the hills. To pass the time I keep a look out for any items of interest on the road. My friend John Watson introduced my daughter to the unusual hobby of skull collecting. Now for every adventure includes keeping an eye out for one, and we strike gold with a fully intact wombat skull and jaw. A couple of cable ties has the skull in pride of place on my handlebars, a bit like a Mad Max movie.

We make it to the base for morning tea. I’ve done this climb on a variety of bikes but not as many times as you may think and if you ask most locals they will tell you the same. I’m not sure why we don’t, but I suspect it is because it can be different experiences based on what mother nature has in mind. I have used rim heat from braking on the descent to warm my hands so I could continue to use them as I got off the hill. Today we have a glorious hot afternoon. The final stage of the climb is an amphitheater with Jacobs Ladder a series of switchbacks built through a scree slope climbing its way to the summit. Either side of the Ladder dolerite cliffs finishes with a view that has made this climb so sought after to ride for bike riders visiting Tassie. Some of the crew have taken on the weight of carrying a celebratory beer of the same name from Will. It is warm and shaken but tastes exactly like anything that has been earned tastes, bloody good.

The decent rattles two teeth out of my poor wombat skull. I catch one as it falls out and the other is given as a sacrifice to the mountain gods. We make our way home into a hot headwind now looking forward to getting off the bikes.

Dinner is locally grown, sourced and produced. Tasmania’s green pastures produce some of finest meat and dairy products. Freshly harvested vegetables, fruits, and berries are readily available at Harvest markets and interacting with the producers provides a creative platform for meals that are seasonally unique. The meal is washed down with more of Van Dieman Brewery finest but also Tasmanian cool climate wines. Mild summers and long autumn light produce wines of high quality. It is in one of these mild summers evenings that we relax into easy banter, relining and reflecting on a brutal days riding up The Ben. 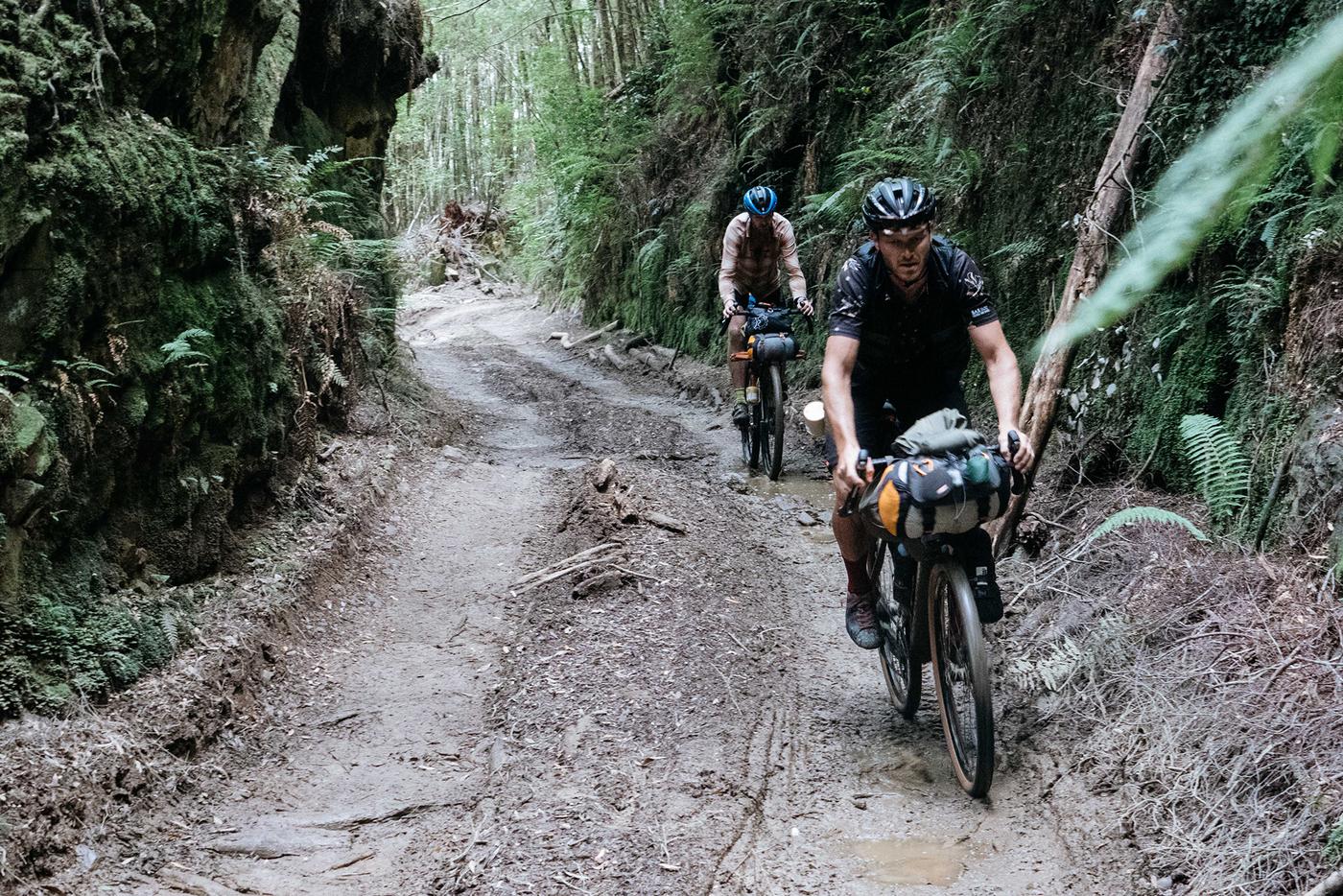 The concept of craftsmanship and doing rides like this are the same in that they demand a clear idea of what you want to make or design and then the thing, the product or the journey, is made by hand. Designed and made products can inspire, it can provide the feeling that part of that person is left with the product.

The process of road ridden and countryside traveled stamps its charter on the bikes and riders with individual little trinkets collected and carefully attached to adorn their craft by each rider like the Australian bird species like the Magpie. For me, the experience of this interaction with a process is something magical. If you ever get to this part of the world, explore the local producers in the area. There is no better way to do this than by bike. If you ever get the opportunity to have access to your own private night on a Farm Brewery, take up the invite you will be the richer person for the experience. And if you are in the neighborhood looking for another person to climb The Ben, look me up as I might be just keen enough to do it again.