When the site was down last week, I posted up a few photos to my Tumblr. One of which was this photo I took of Kelli, at Golden Saddle Cyclery, drinking a cup of Intelligentsia and wearing her commuting outfit. 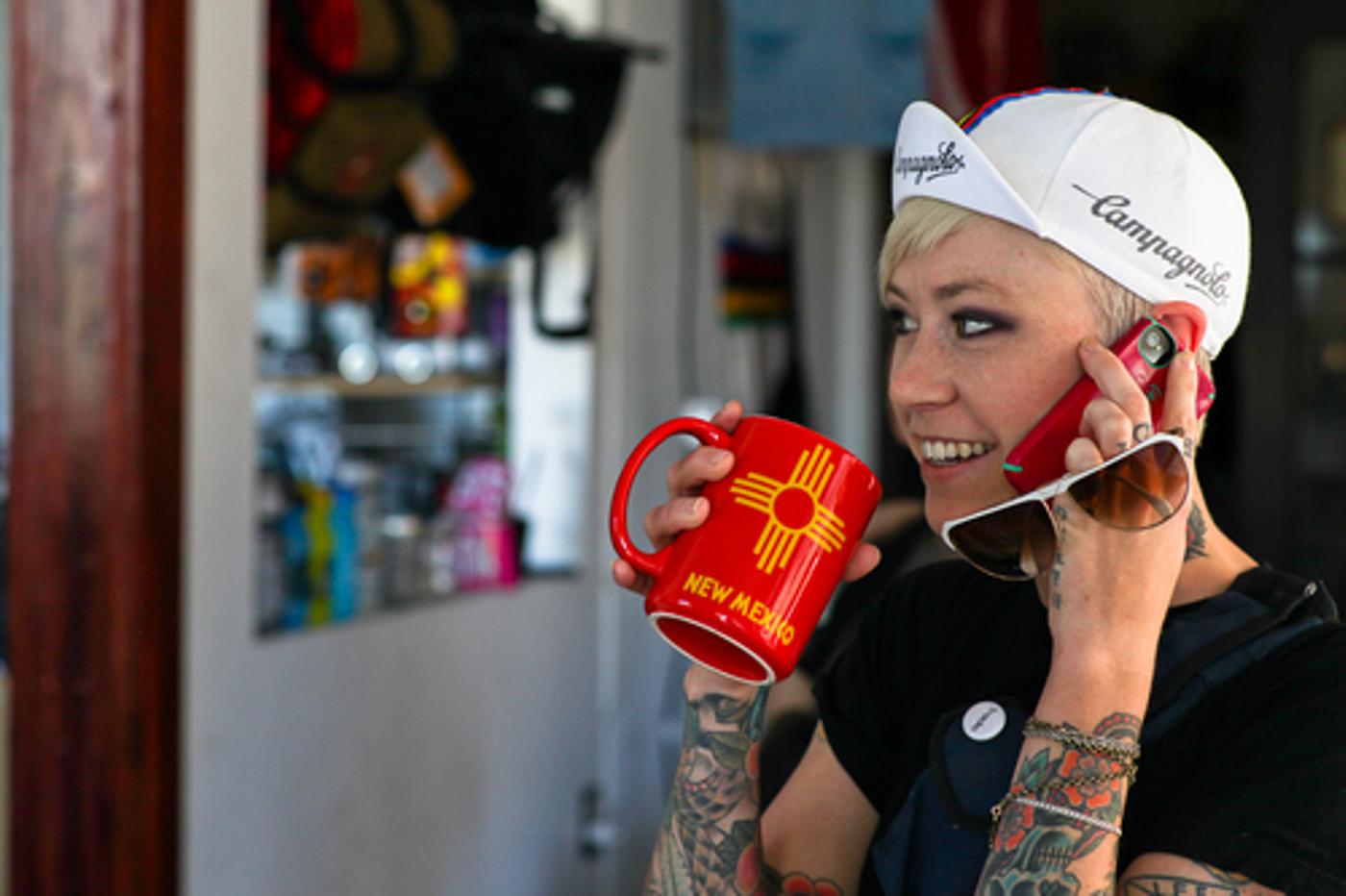 There are a few reasons why I took a couple of photos of Kelli. The most important reason was that this is how she rides her bike to work everyday. It’s comfortable and practical, second of all, is how much those ‘primped and posed’ photos just urk me. Show me a girl on a bike, dressed in her normal attire anyday over some side-boob “fixie” photo. And finally, I really think that girl riders don’t get enough love here on the site.

Now I know I always make comments about “chicks and bikes” but there’s been a bit of a back-lash on Tumblr recently, unrelated to this photo, on that very subject and I just wanted to address it. Sure, sex sells but don’t belittle the scene by prancing half naked girls around on bikes that they clearly don’t ride.

Anyway, thanks for letting me shoot this Kelli. I just wish I had gotten a few of you on your bike (which is parked behind her in the top photo). I guess I’ll just have to wait for the video that Ace shot.