This story begins with me dropping Stephanie's double wall titanium Snow Peak mug, which has survived thousands of miles of carefree dangling, off the #coffeeoutsideyvr pier into the ocean. 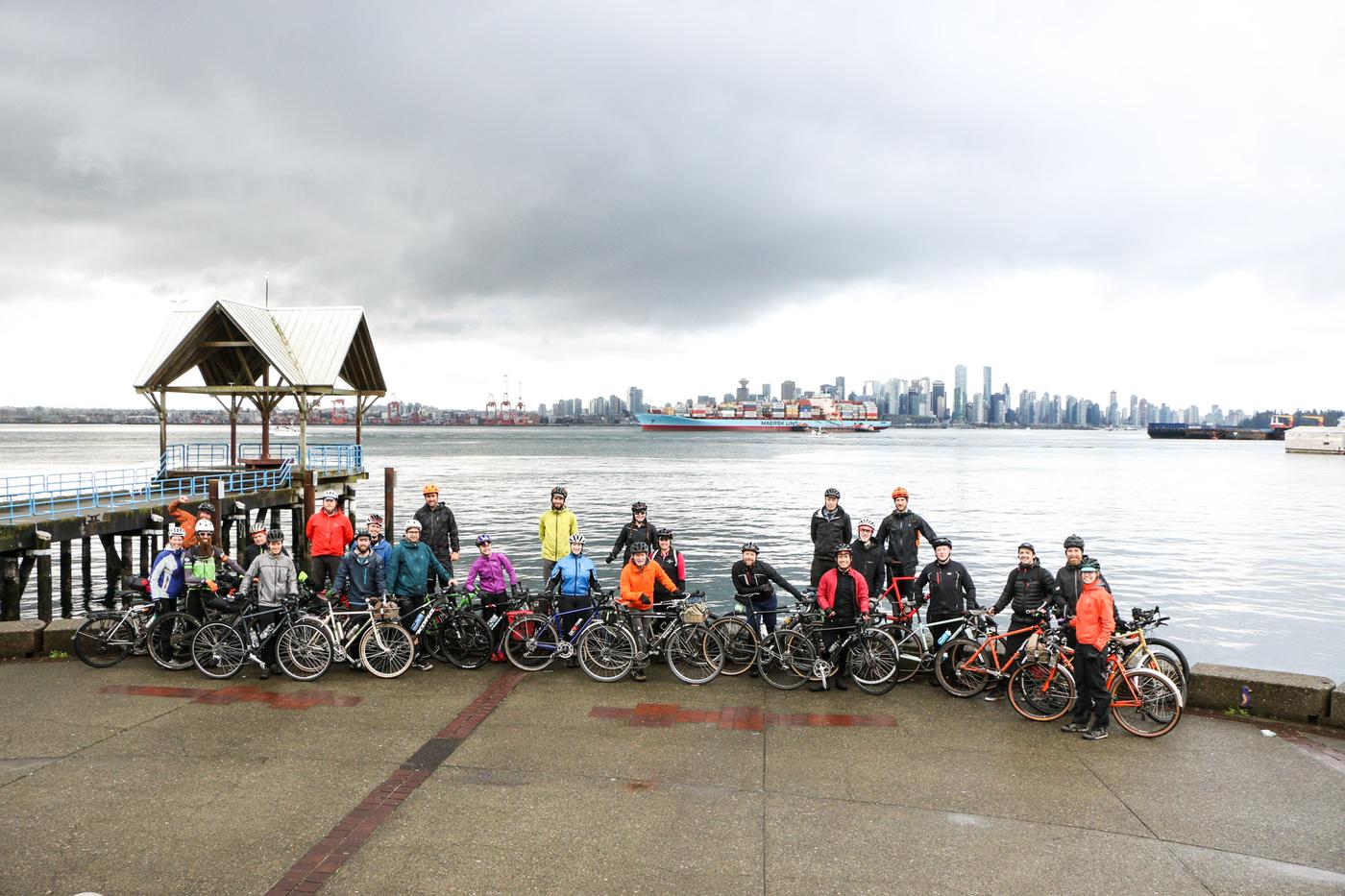 I unclipped the far side of Stephanie’s Sugarloaf to get coffee going and something I knew was eventually bound to happen, finally happened. After 15 weeks of #coffeeoutsideyvr, an object of actual (and sentimental) value fell off the pier: Stephanie’s double wall titanium camp mug, that had dangled carefree for 4,000 km of touring last summer and lots more since, was now floating in Burrard Inlet.

That was how our Good Friday began: with Tom stripping down and sending it into the cold, cold ocean to retrieve Stephanie’s prized possession. What we’ve come to know in the past three-and-a-half months of getting together to make coffee every Friday, is that there are a lot of rad people out there you haven’t yet met – people who might one day jump in a frigid body of water on your behalf. 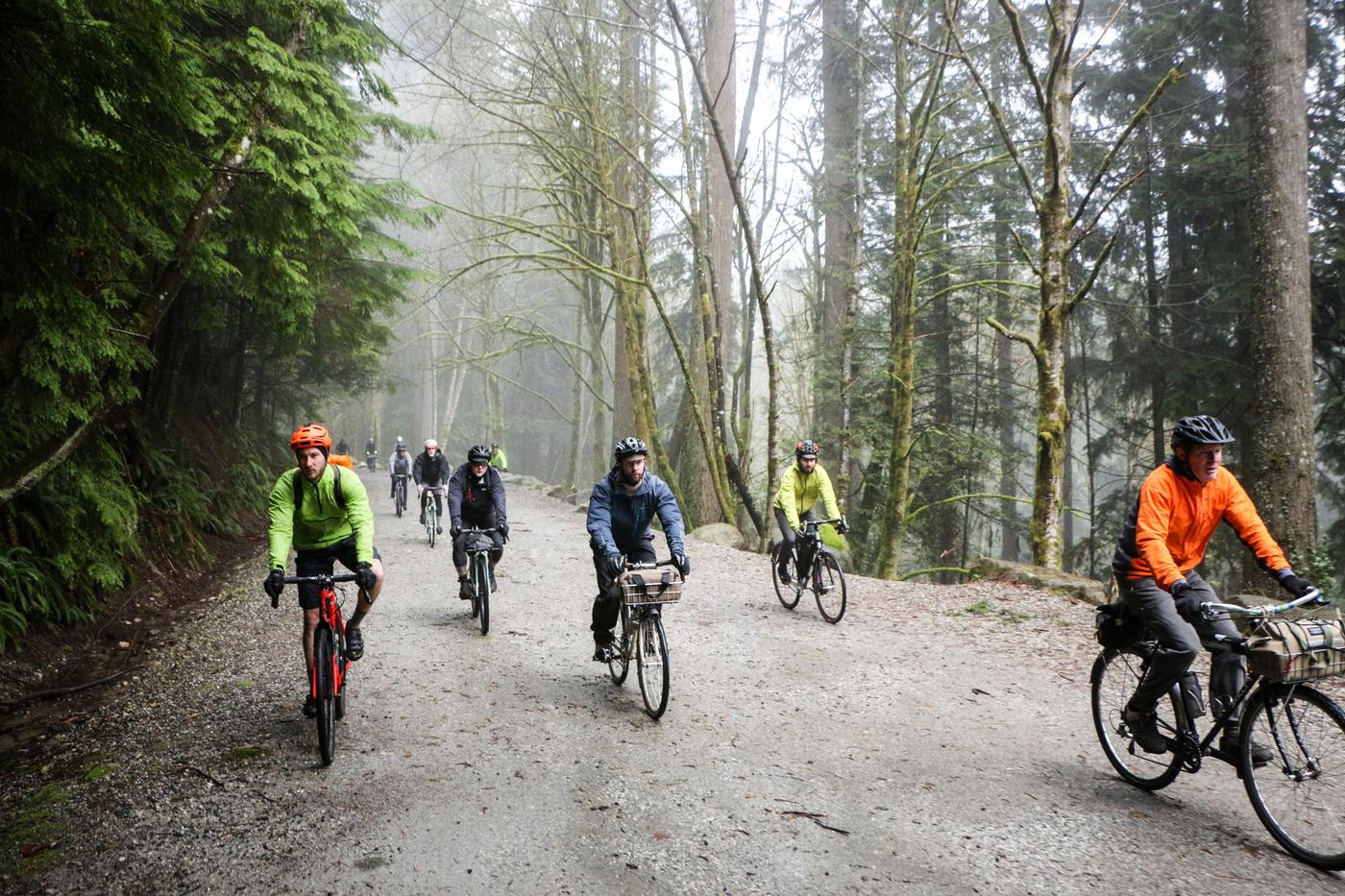 We knew there were more people out there. North Van before work hours on a weekday morning doesn’t work for everyone’s schedule. But this past week, since we here in Canada have a stat holiday for Good Friday, we decided to have coffee a little later and lead a group ride around some lesser-ridden dirt and neighborhood connectors in our back yard.

Even though a bunch of people were out of town and the weather was mostly uncooperative (read: temps under 50ºF and rain and hail on-and-off), we had a rad crew show up with SO MANY BAKED GOODS. After a bit of a false start with two flats within the first five minutes of riding, we rolled out and adventured in forests and neighborhoods for a few hours, barely scratching the surface of possible route options. 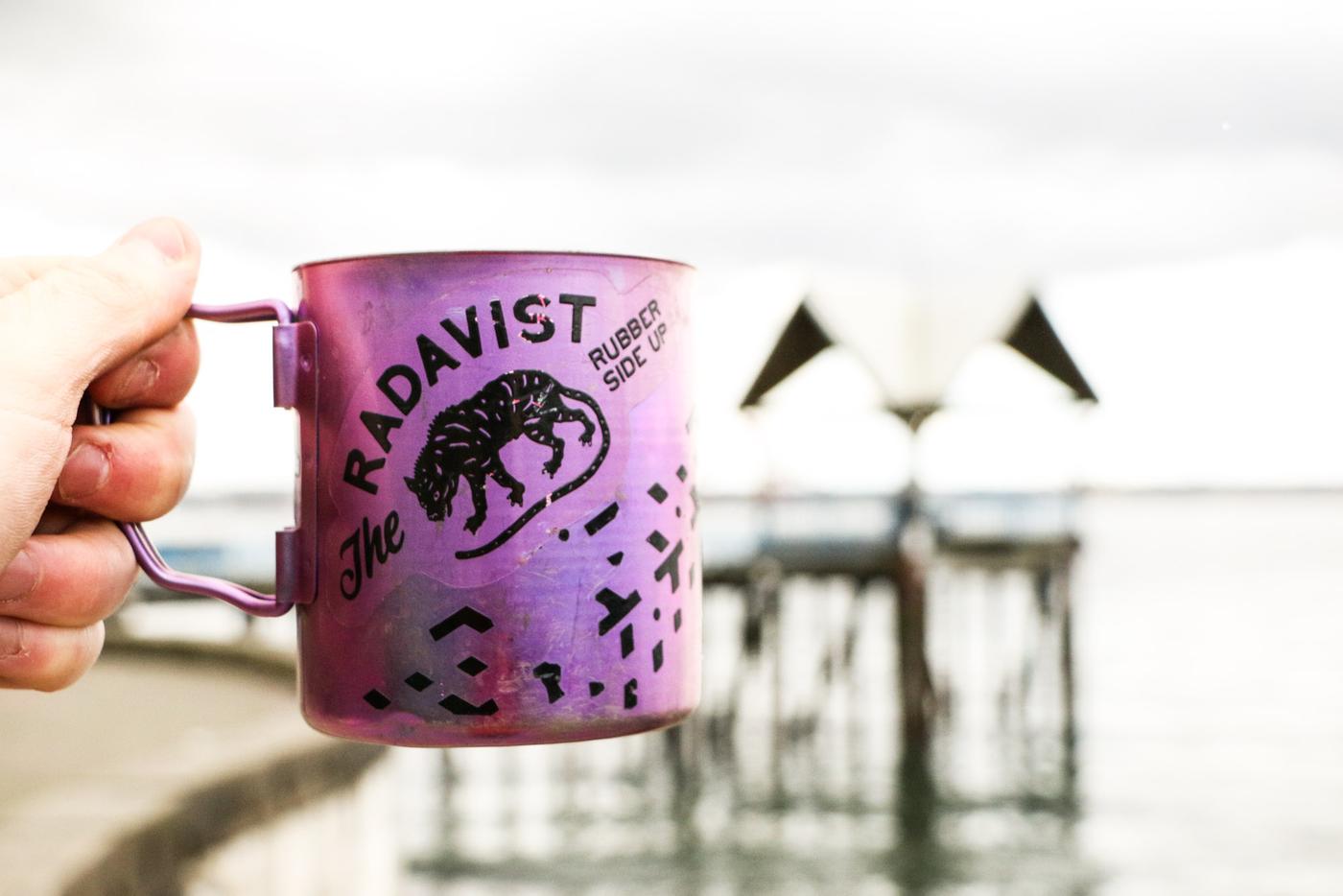 Big groups rarely ride quickly, but nobody cared here; there was no shortage of homemade snacks and good cheer. Flat bars and drop bars, road plus and actual plus, fenders and skunk stripes, it didn’t matter what you were riding. We found serendipitous cover when hail came down, we rode lots of fun trails, and we met a bunch of new people, again. Who knows, maybe one day we’ll jump in a cold ocean for one another. History does have a tendency to repeat itself.

Follow Morgan and Stephanie on Instagram at Found in the Mountains and see the details of this route on Strava.