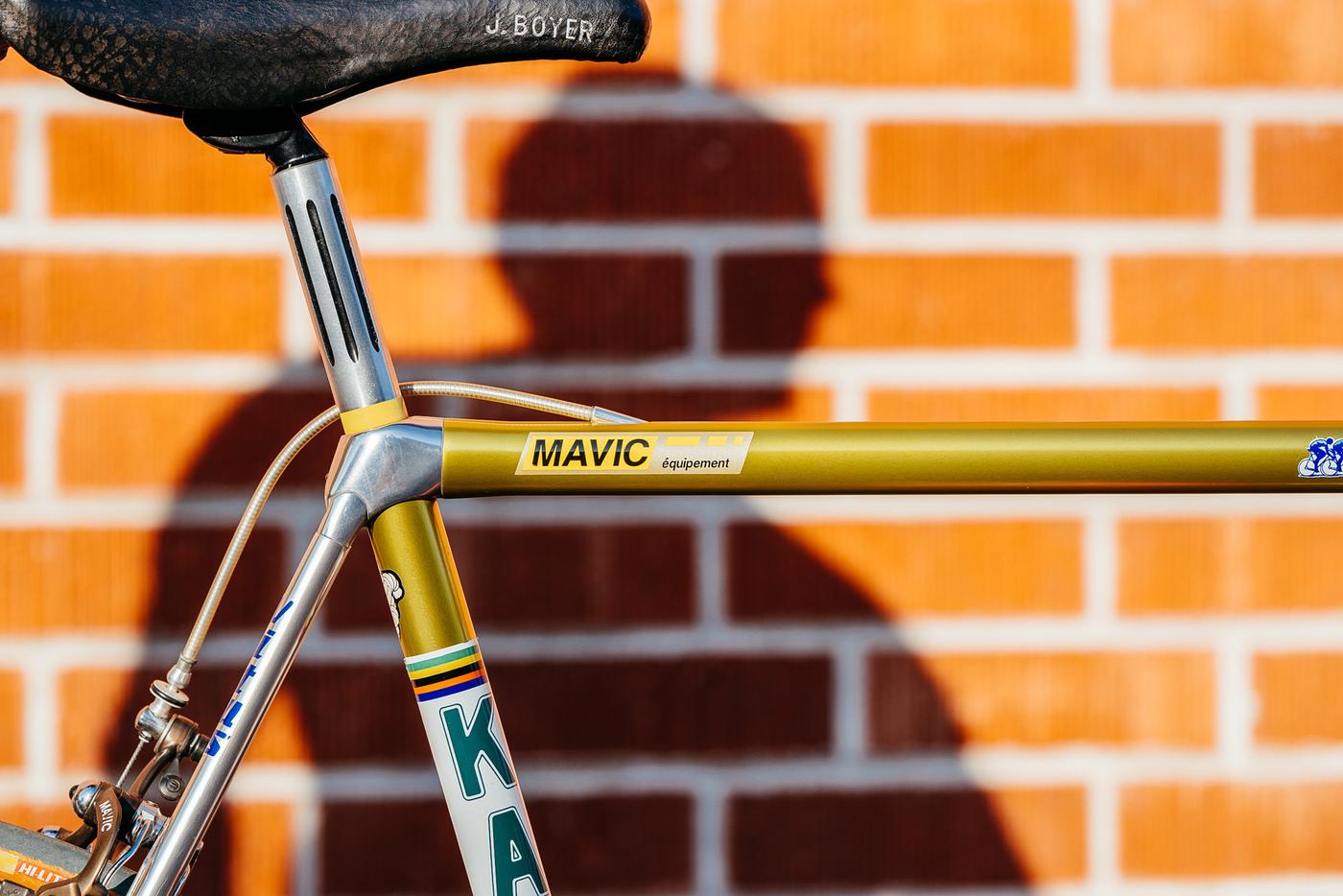 The anodized and lugged aluminum made them quite unique when Vitus began producing aluminum lugged frames in the late 70’s. I have never owned or ridden one but have heard some mixed reviews on the ride quality. (Ride quality great, handling on steep descents not confidence inspiring.) Regardless of what it’s like to ride, the build and sponsor stickers make this bike one of my personal all-time favorites. Kas was a Spanish soft drink company with some upper management who happened to fancy the Tour de France. When the person who dreamt up the team from Kas passed away, the team was disbanded soon after. Once Kas was finished the remaining framesets from the team were then sold to Euro Asia Imports where Chuck bought this frame in the 90’s. Most Americans had zero connection to a Spanish beverage company and removed the stickers but good ol’ Chuck kept them on (luckily for us) and the finished product has remained intact. Some people might say that this bike is a French noodle and that could actually be true, but Sean Kelly raced on one and even won The Vuelta in 1988 while racing for Kas, plus it sure does look cool, so whatever…IT’S RAD! If you know Chuck then you know that he has an eye for the details. Nothing is ever overlooked and this bike is no exception. 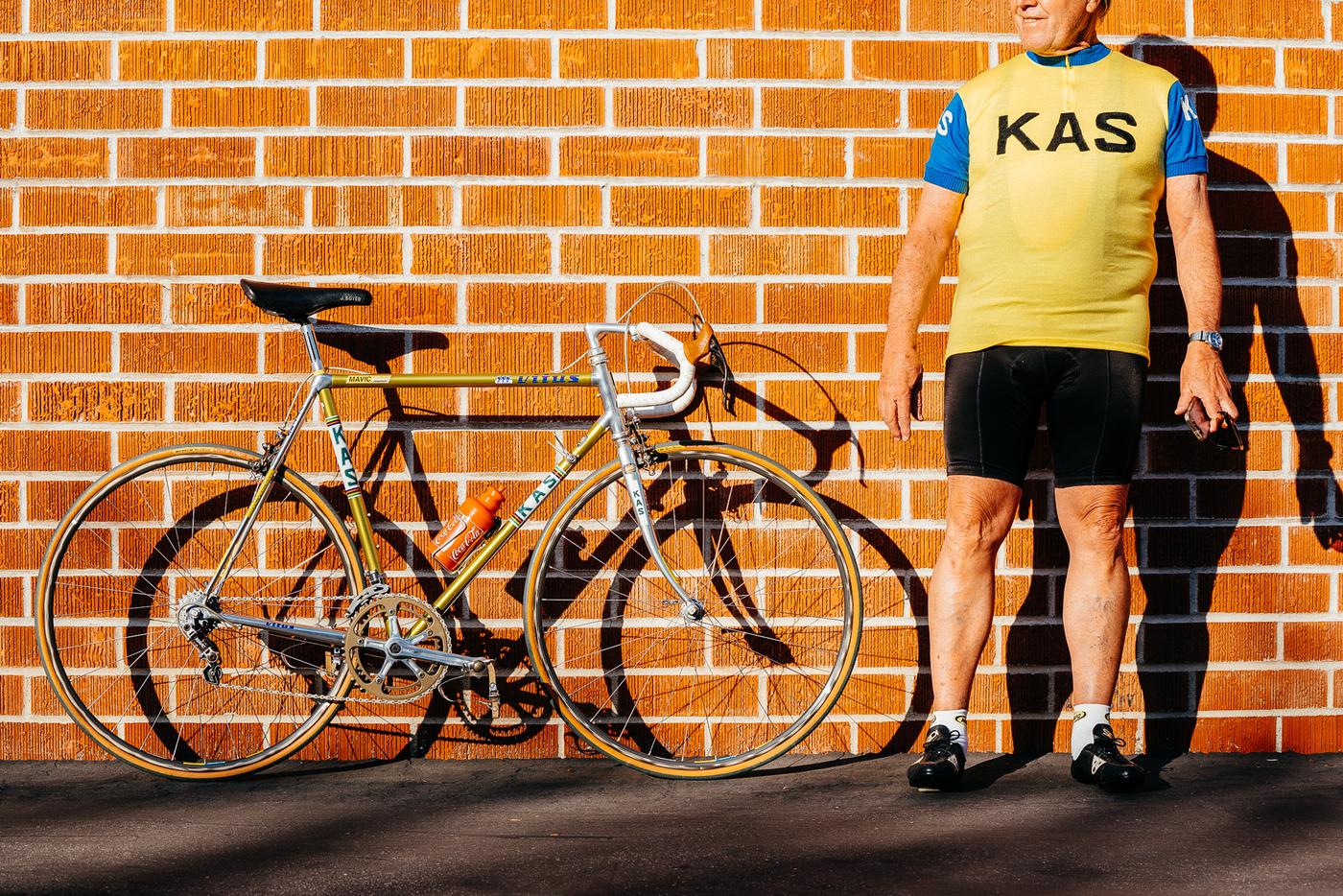 Velo Retro hosts a monthly vintage bicycle ride from the Rose Bowl on the first Sunday of every month and I highly suggest you visit if you ever find yourself in the area. All types of bikes are welcome but you will most definitely see some great old bikes if you happen to partake. Find out more at Velo Retro!