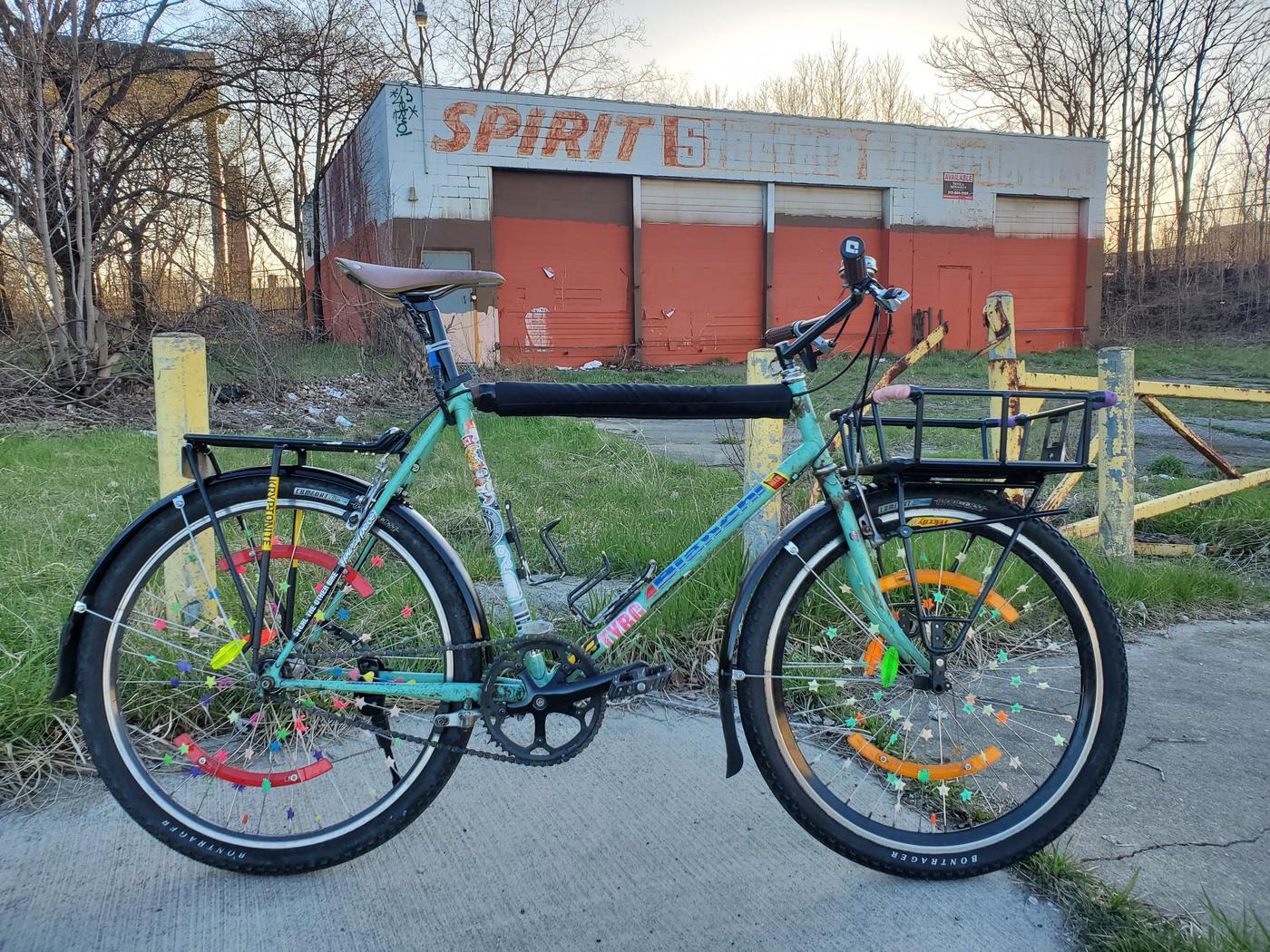 The hits keep rolling in! This week’s Readers’ Rides comes from Bryan who put together one sweet Bianchi Grizzly commuter/all-rounder, complete with a nice, big basket. Check this one out in detail below!

The recent Pro’s Closet feature/thread on vintage mountain bikes had me thinking about my fleet and how above all my other bikes, I’ll likely ride my 1980-something Bianchi Grizzly into the ground. It’s a weird bike, so I thought I’d see if there’s any love for sticker-bombed bikes out there! Some context and some cell phone photos. 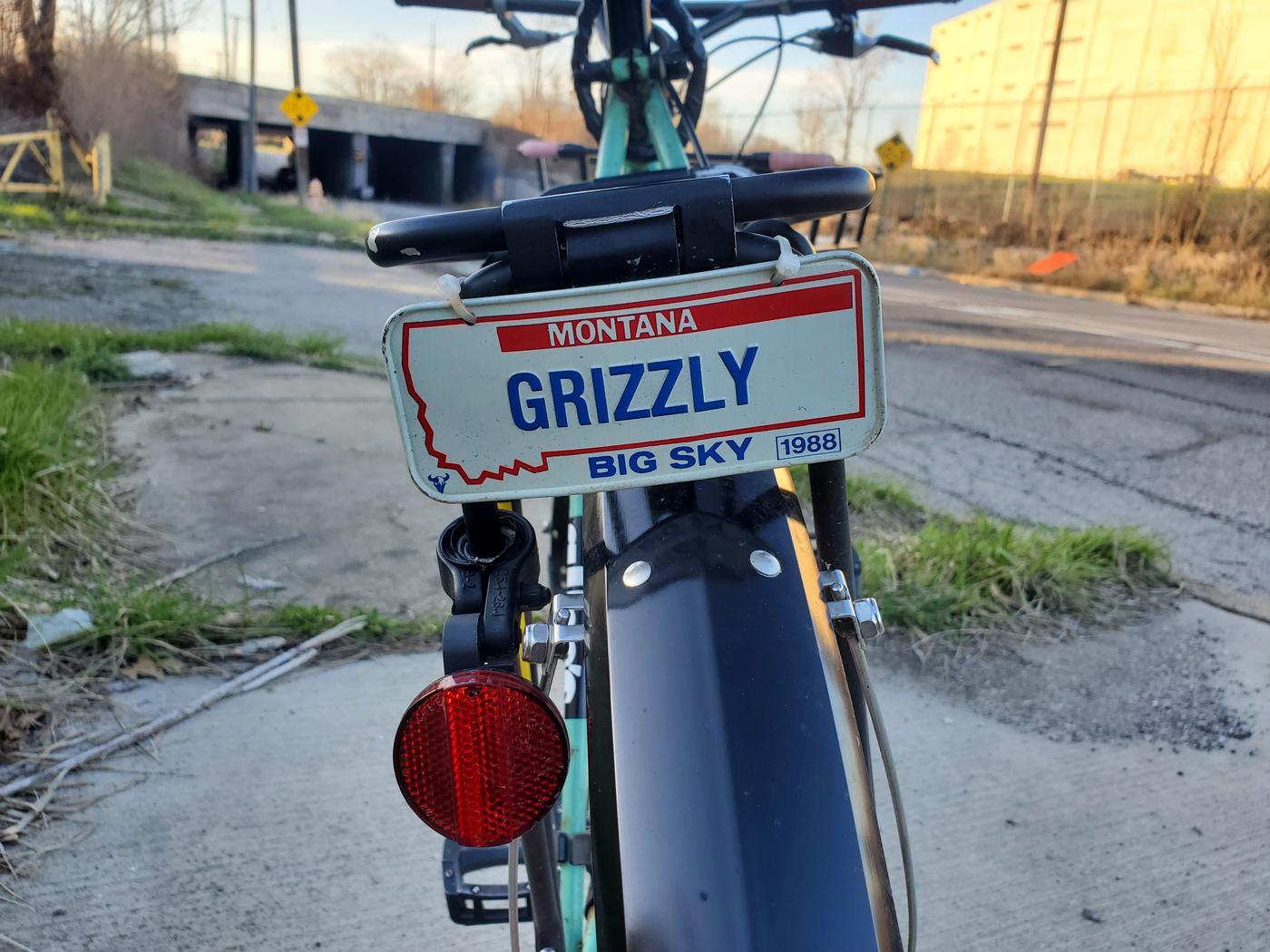 I got this stock-ish 1980-something celeste beaut for free via Craigslist from a former Boston-area commuter. They claimed they used the bike in all conditions and left the bike outside, which gave it a sort of patina and gritty character from which I’d build up on. After numerous iterations involving the original Deore groupset, crusty and all, I hungered for another colorful, stickerbombed do-it-all parts bin commuter bike in the spirit of a bike I had built earlier but deemed was simply too much… Fast forward ~5 years later and the bike is in its final form I’m very much content with – a single speed, silly, basket bike that I use almost daily for bombing around Detroit rain or shine. As spring (might) finally start to set in here, I thought I’d actually give it its day in court and attempt photographing it on a rare sunny evening. I don’t photograph this bike generally unless I’m hauling something absurd on the front rack, so I wanted to try to capture it in another light – something that in spite of its familiarity, never ceases to make me smile. 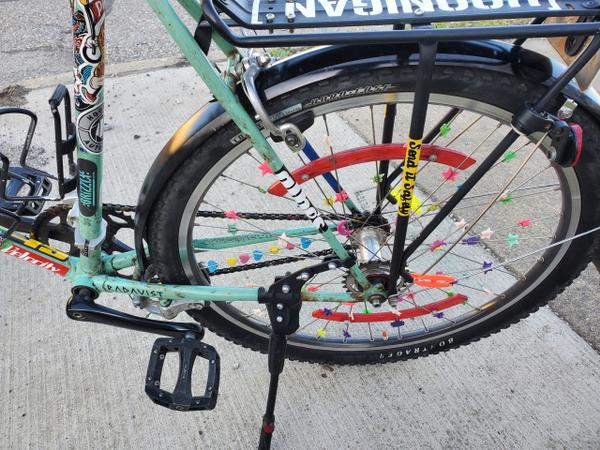 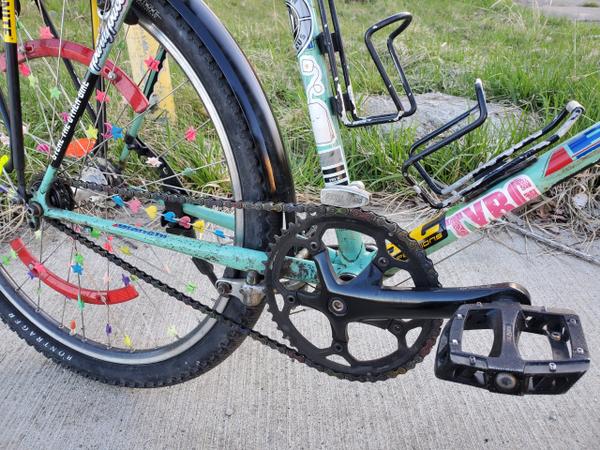 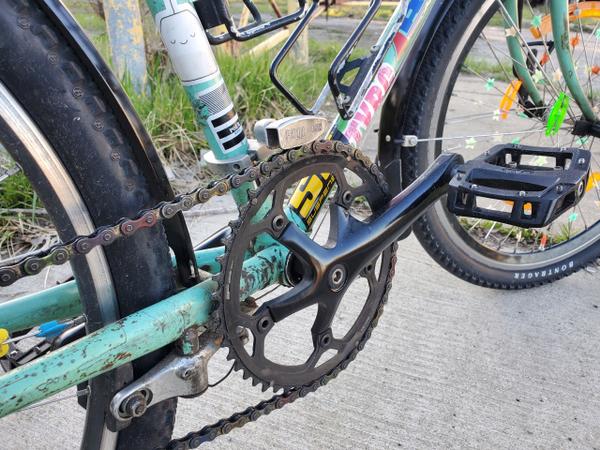 Some might call it ugly or other things, but I can’t bring myself to speak ill of this old friend. If it earns a double- or triple-take from someone, it’s likely because of the flashy “safety” spoke stars and stickers at first, followed by its distinct color scheme. Occasionally this is followed up by thoughts of or the occasional ask ” That’s a Bianchi? Aren’t they racing bikes?”. This errand-racer is a canvas of orphaned stars and other shapes from bikes I’ve repaired, stickers from brands, places, and organizations I respect or parts I’ve owned, and durable, pothole-fighter parts. It’s not built for anyone but me, and it is uber comfortable, fun, and safe. It’s a sort of “forever bike” for me. Shouldn’t we all aspire for that kind of life cycle with our bikes? The juiciest of bits: