Ross is someone I deeply respect. For years, I’ve known him through the NYC fixed boards but never actually met him until I moved here to Austin, where he resides. He works at a local hospital in the ER and has crazy hours but he knows how to save his money and invest it into some of the classiest bikes I’ve seen on the streets here. This Speedvagen Cross Machine is only one example. He’s had it since 2009 and loves the shit out of this bike. Yesterday he and I went for a little spin around town, looking for the right lighting to make that blue box-lining and lettering really pop. 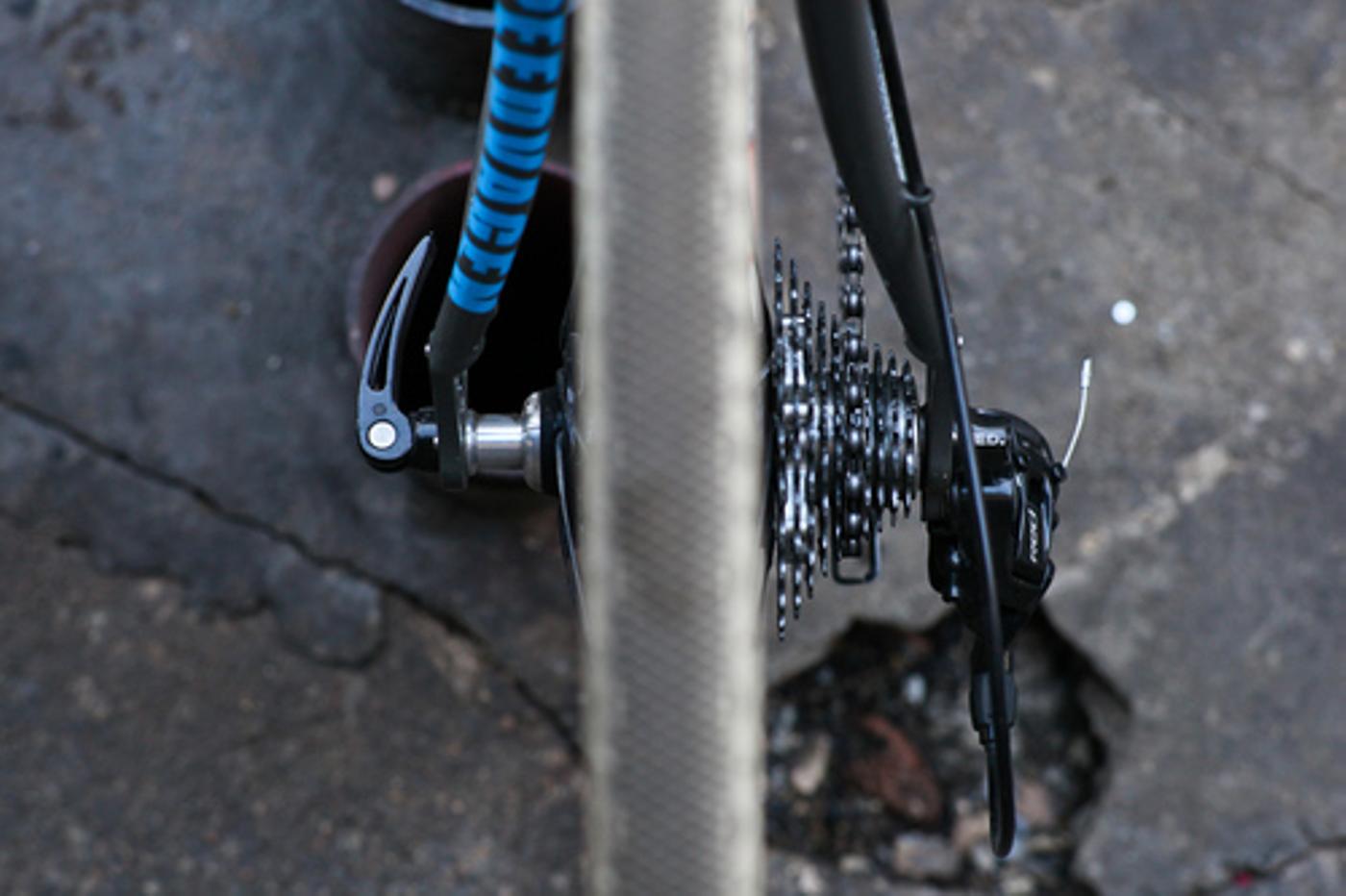 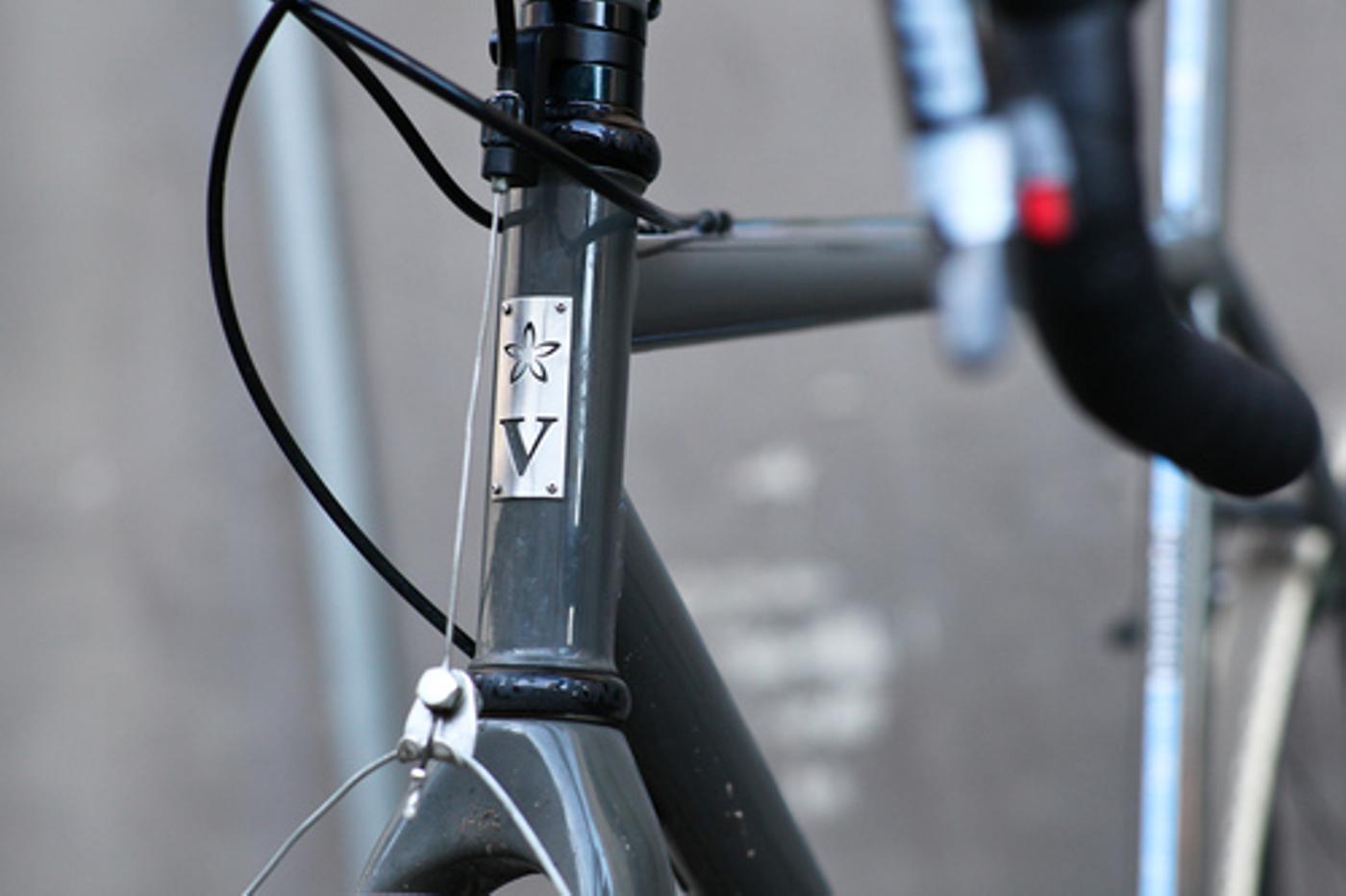 This thing is bonkers. It’s fitted out with SRAM Red, King hubs to Mavic SUP rims and WickWerks rings. I love how the blue light from the dwindling daylight really makes the putty-colored paintjob and blue lettering pop!