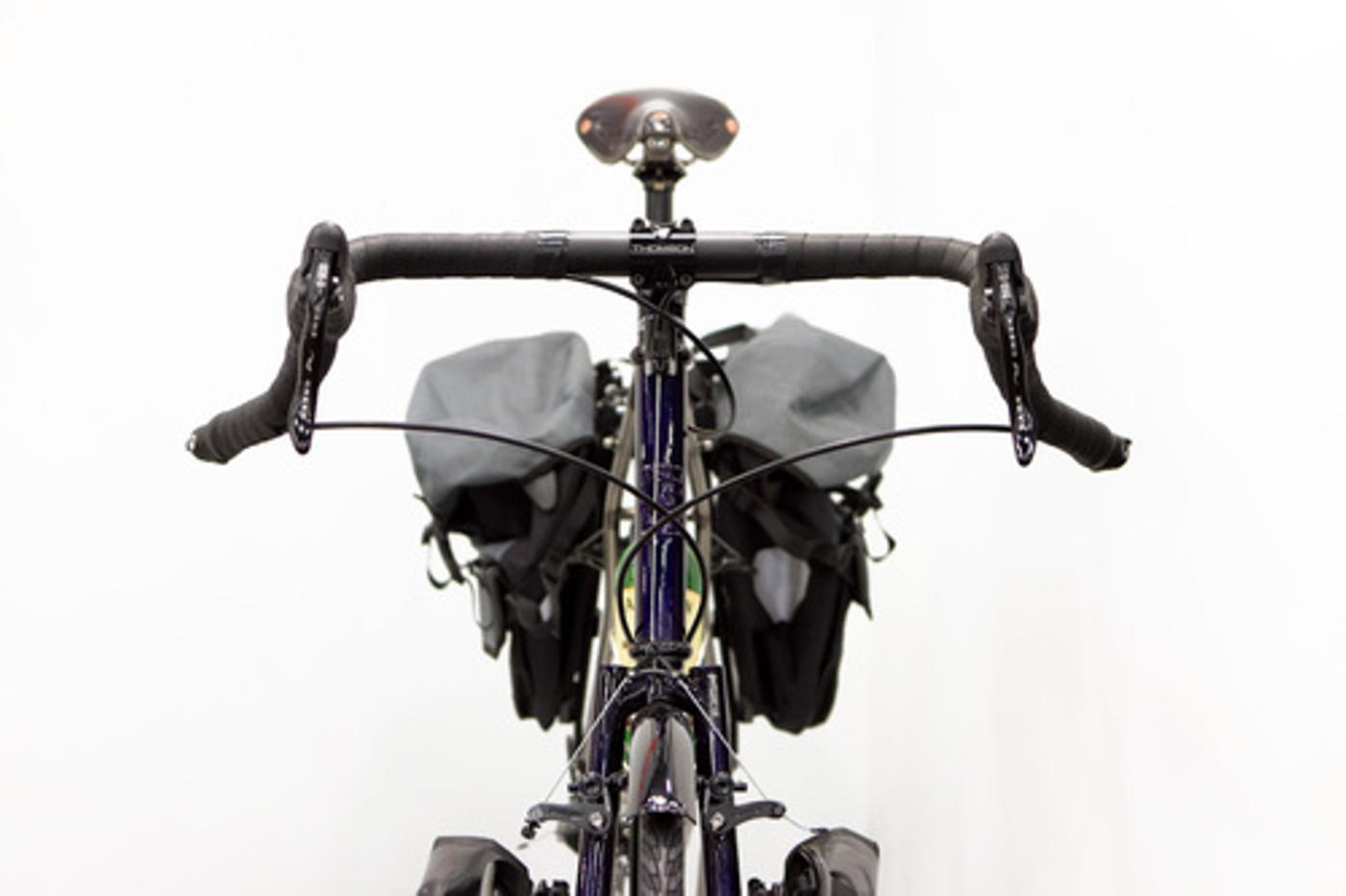 When Marty and the Geekhouse crew refused to send me any kind of teaser of my Woodville touring bike during the fabrication process, I knew it’d be good. Sure enough, I showed up at the 2011 NAHBS at their booth while they were prepping everything and was greeted with Marty saying “Your bike took me longer than any other to build”. I replied “For this show?” and he said “No, EVER.”

God is in the details and that holds true here with my Geekhouse Woodville. For a tig-welded frame, there’s a ton going on and you can see more below. 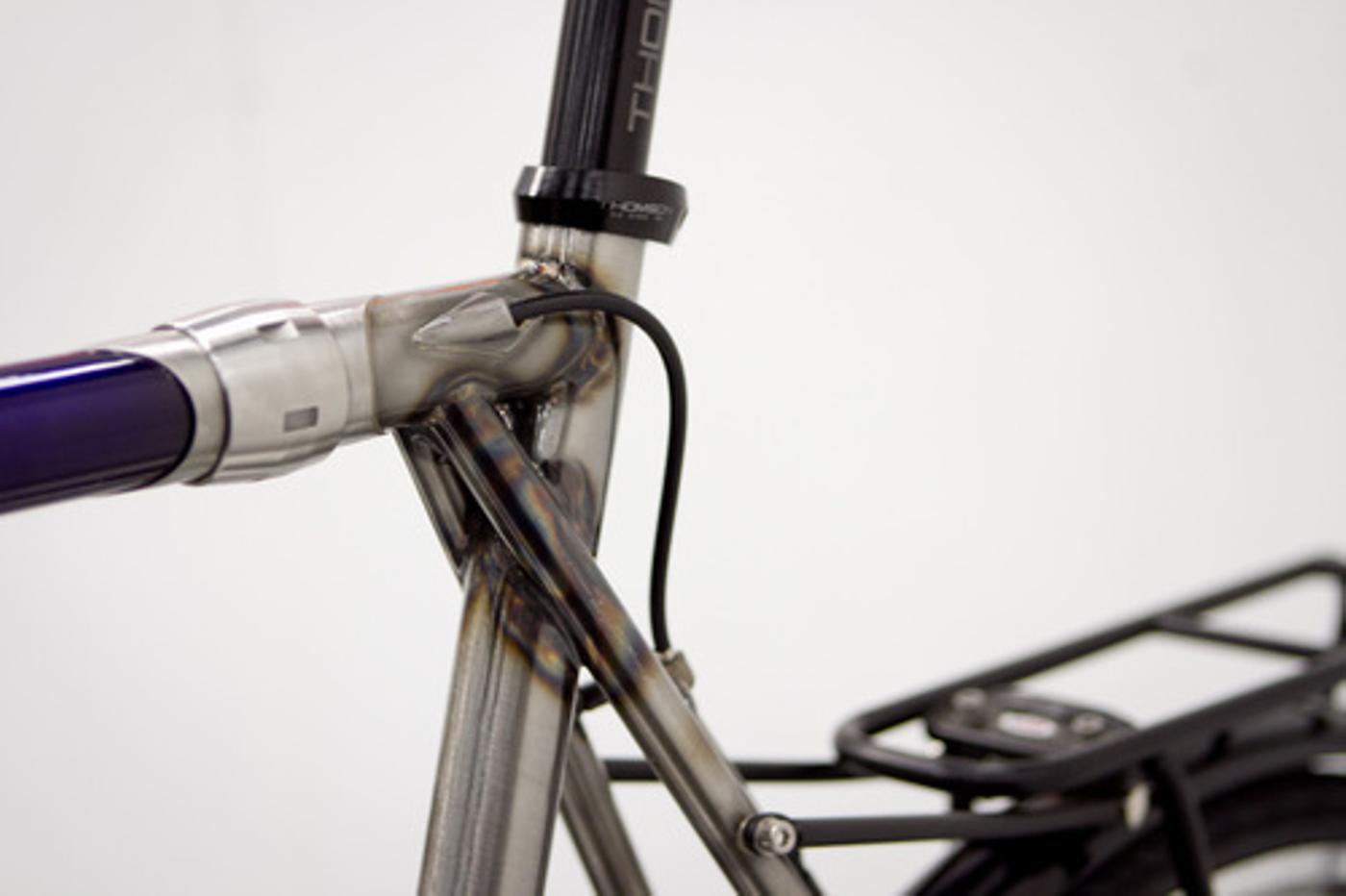 I really wanted a triple triangle as a throwback to the French randonneuring frames of the 60’s. But it had to work with internal routing and S&S couplers. Oh yeah, s-bend seatstays to top it off! Check out how they nest around the seat tube. 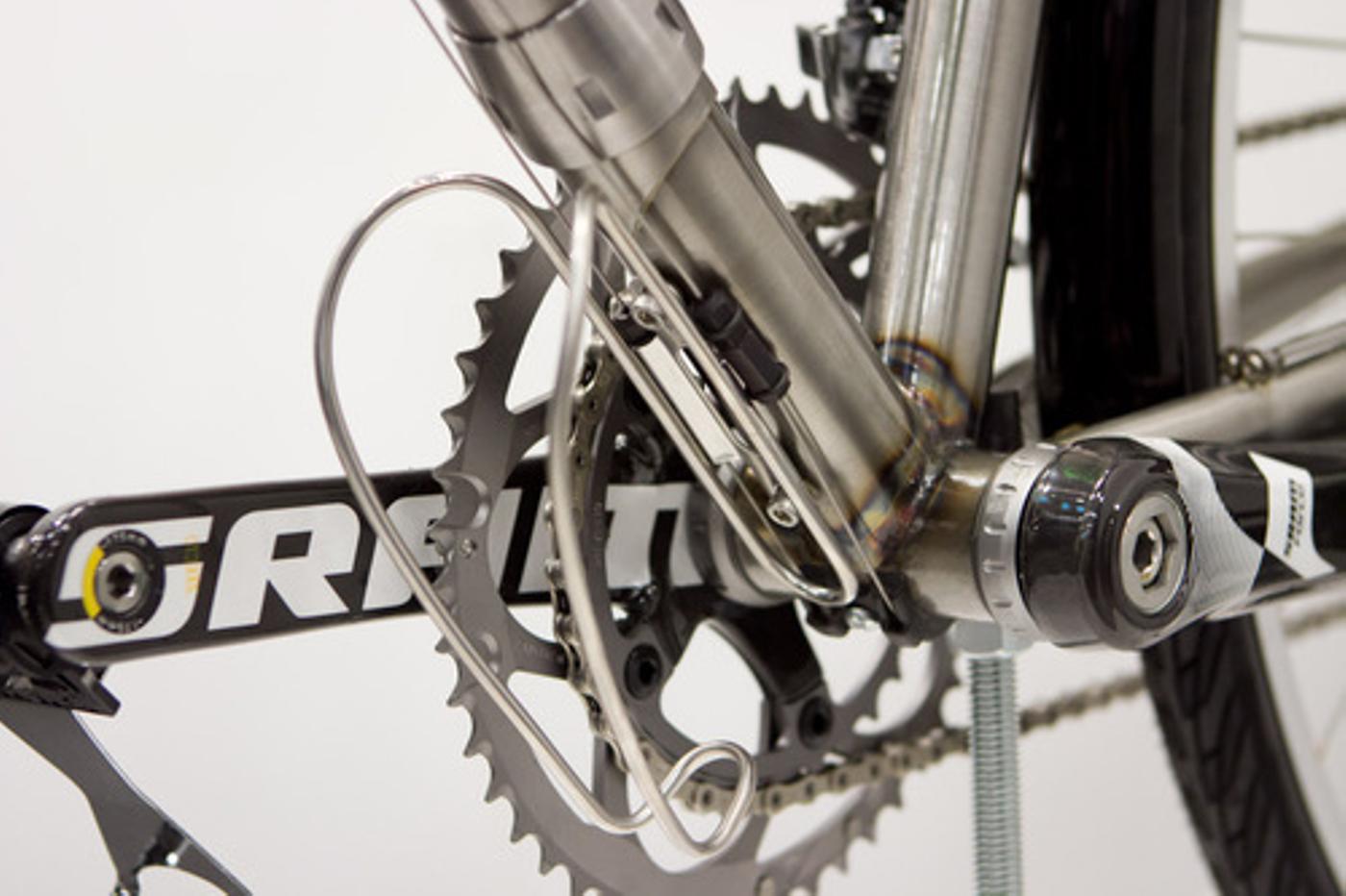 The cable breaks for the derailleurs are hidden below the waterbottle cage at the bottom bracket cluster. Peeking out from the side are my SRAM Force double cranks. Because, you know, SRAM MAKES BALLER SHIT. 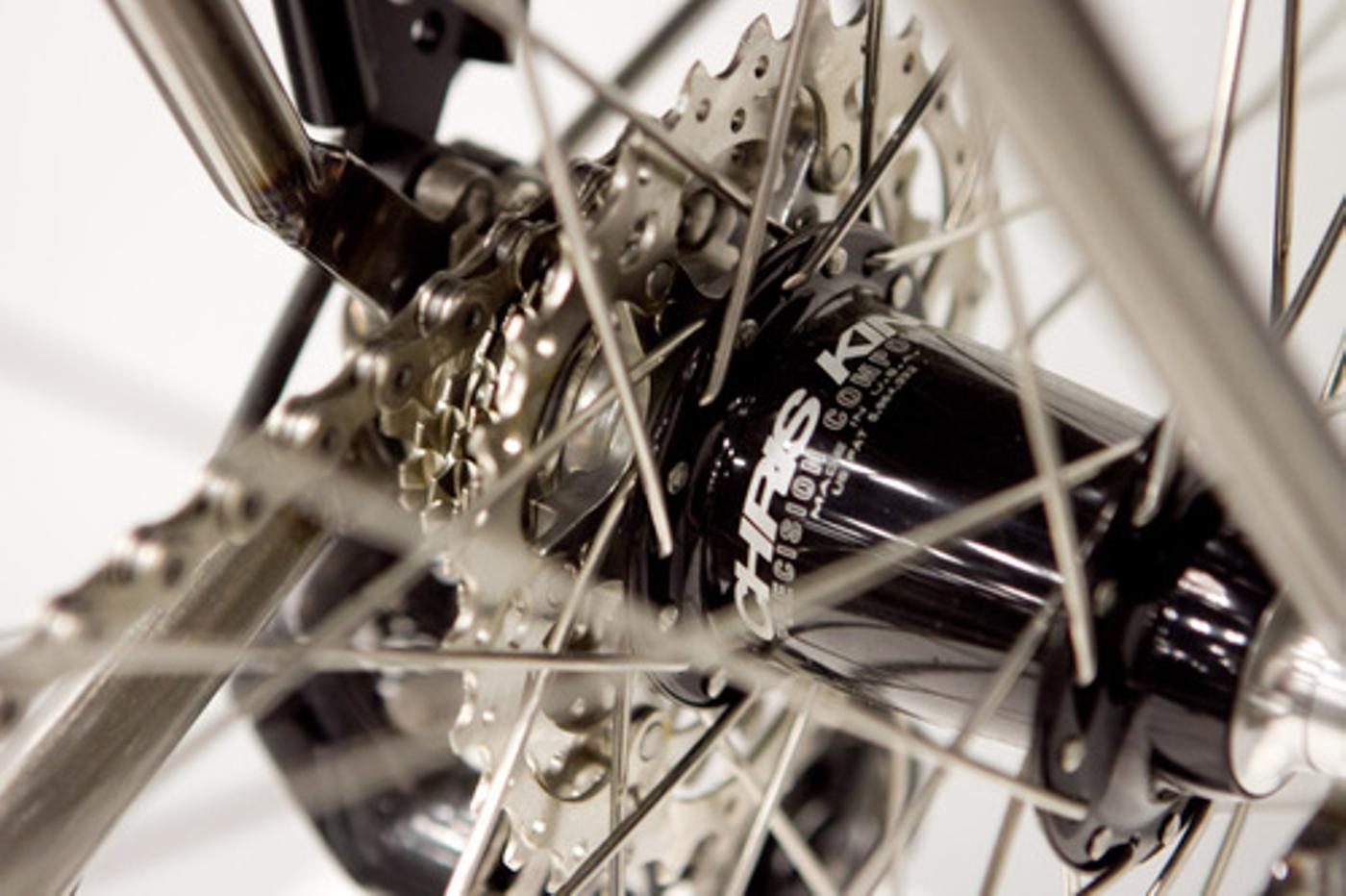 To ensure I don’t fall asleep behind the bars while touring, I got some custom-drilled Chris King road hubs. 36h, 4x and loud! We laced them up to Velocity Dyad rims for one bomb-proof touring wheelset. For now, I’ve got the 11-28 cassette and the Force derailleur. Once I go on tour, I’ll up the count to 11-36 and a long-reach cage like an Apex or Ultegra. 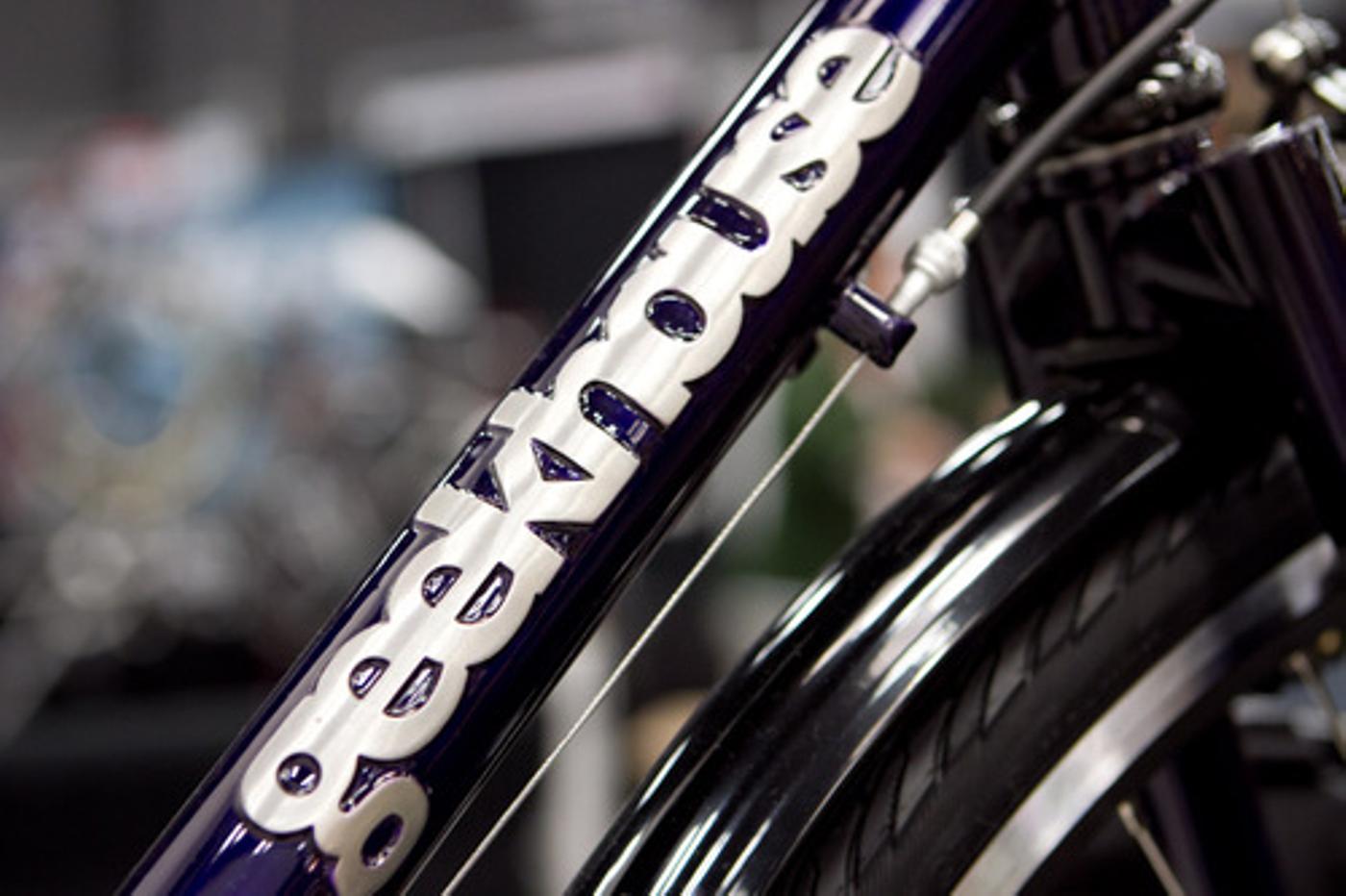 Like all Geekhouse bikes, my bike has a nice stainless badge. The new “P” logo is also brazed on but I didn’t get a good photo of it. 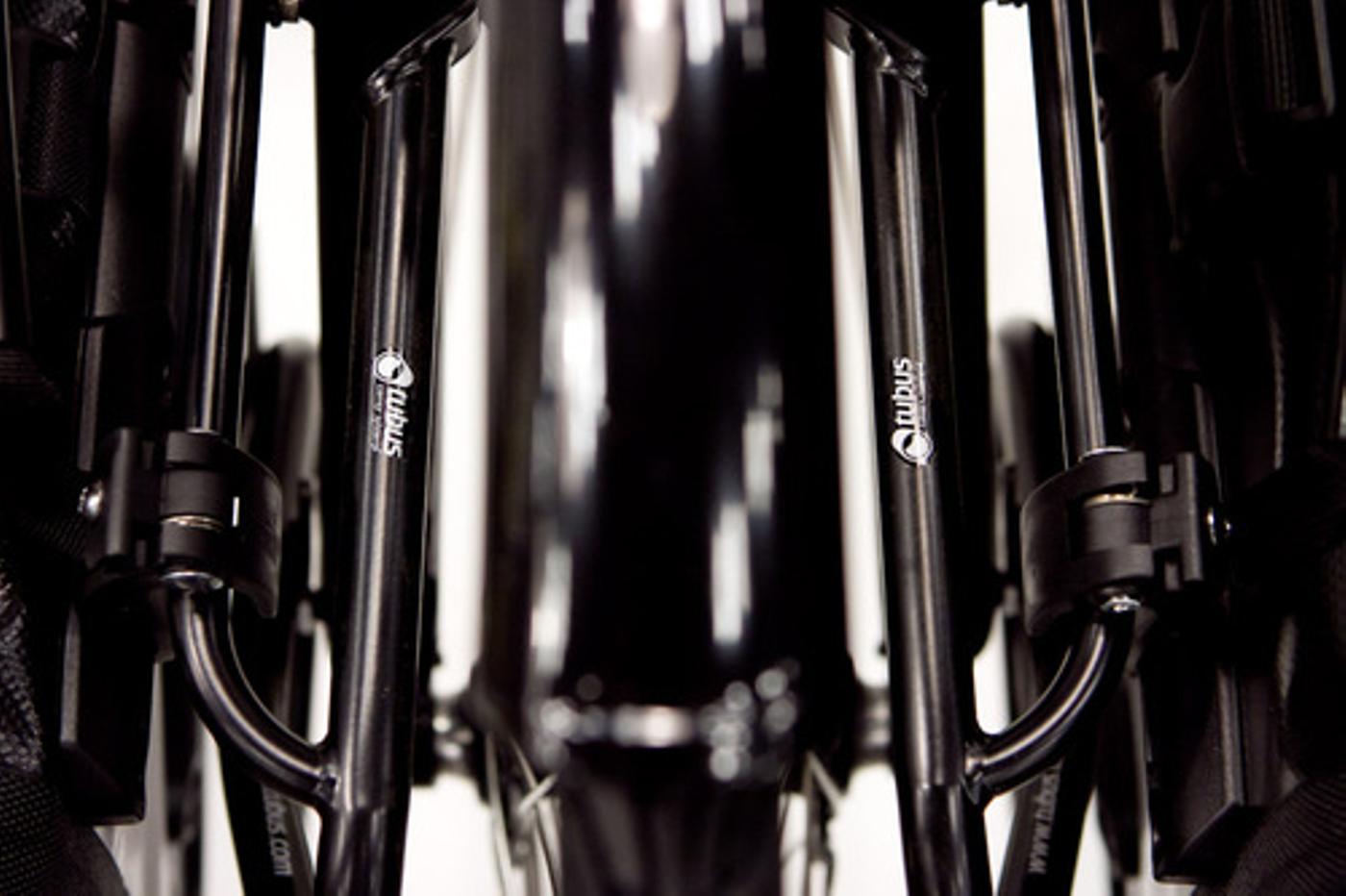 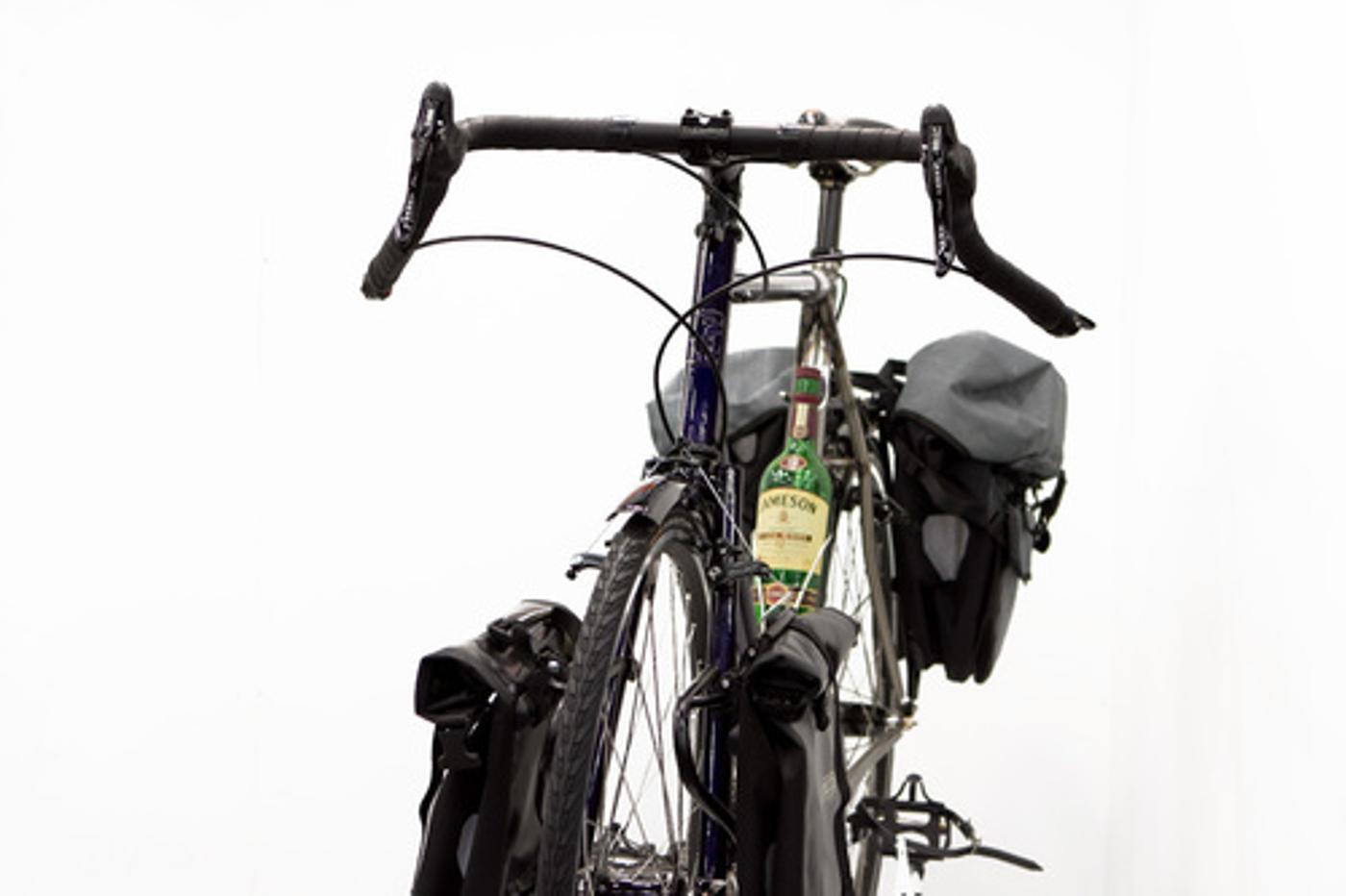 The bike looks great! I’m really surprised these photos came out as good as they did. I was only shooting them in the booth at the show. None are “studio” shots. 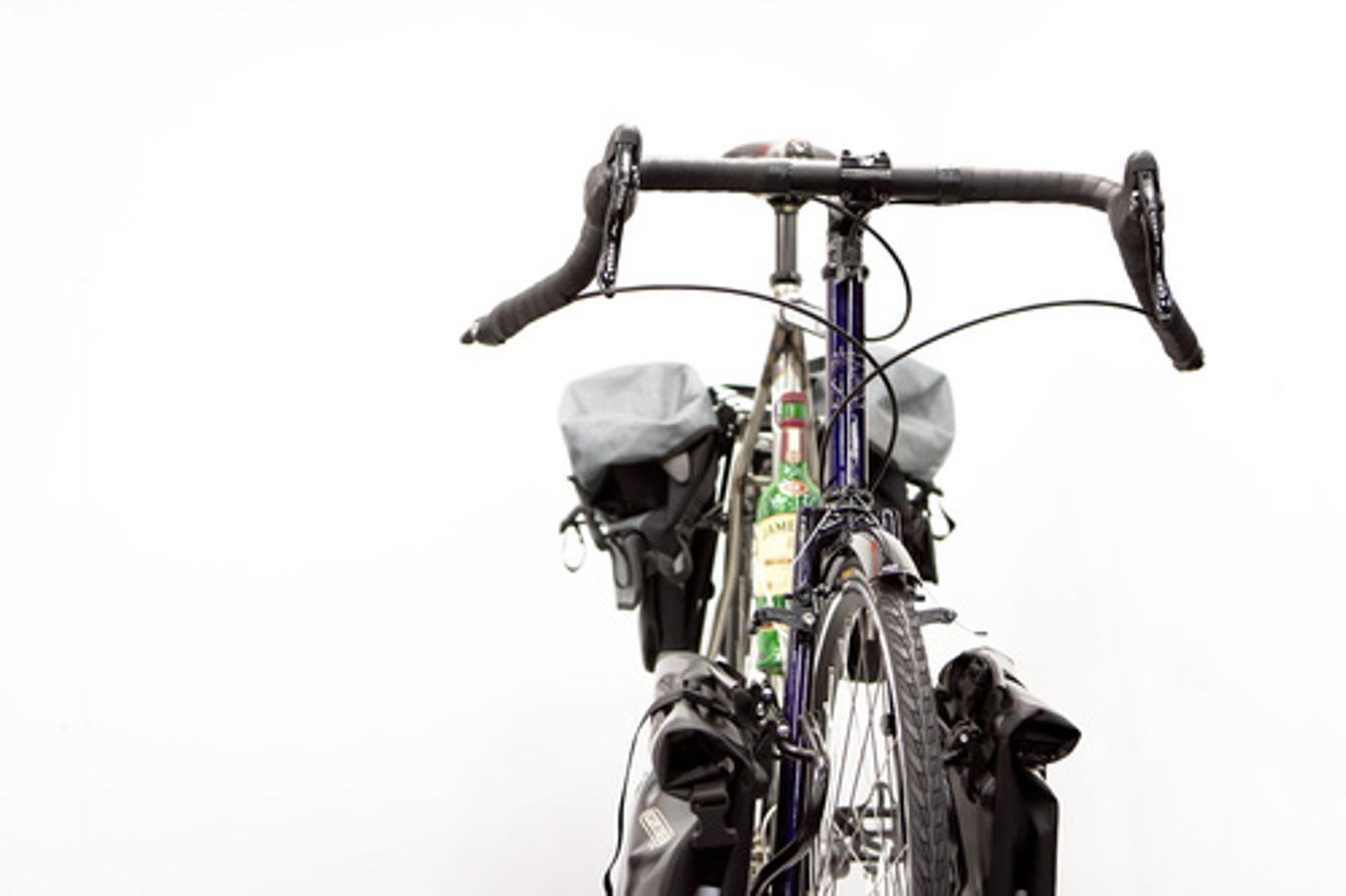 Unfortunately, I didn’t get any drive-side shots but I’ll take some soon!

Lots of love go out to any company who hooked it up and to the Geekhouse crew for making it happen. I cannot wait to dump blood, sweat and tears onto this bike while riding it!