An Intro to Imshi Cycles with a Di2 Road

Just over a year ago I began a multi-month frame building “class” with Bryan Hollingsworth (Royal H). He taught me the basics of brazing and then we set to work building myself a frame, one night a week kinda deal over at his shop. I had a jig already so I was able to do all the filing/fit up/lug carving at home, then bring stuff in to braze with Bryan. At the same time, I also had the privilege of having a friend in Mr. Nao Tomii, who showed me my way around a fillet. Between the two of these guys, I had some of the best guidance you can imagine for both lug/fillet frame construction. They taught me everything I know…

So, anyways, after a few months, the frame was complete! I rode it around bare for a few weeks, then one day as I was taking it down off the roof rack I noticed 2 small dimples on the underside of the down tube and top tube, right at the tip of the lugs. I had a minor run in with the rear quarter panel of a cab during an alley cat about 3 weeks prior…and that was that. The bike still rode fine but there was no way I was gonna paint it like that. It needed a somewhat major repair and I didn’t have the time to do it as I was already building frames for a few other friends. And so, for the past year, I have not had a frame of my own to ride, until now.

A few months ago my girlfriend and I started planning a return trip to the French Alps, part of those plans became my building a road frame for myself to ride. As badly as I wanted to get back on those mountains, I wanted even more to do it on a frame I made myself. I finished the frame mid-June and dropped it off with Rudi Jung to work his magic. A month or two earlier Rudi had posted a photo of a “lava” paint effect on a Parlee logo he had done, it was awesome. So I asked if he could pull that off on an entire frame over a fade, he said “sure can!” and the rest is history. 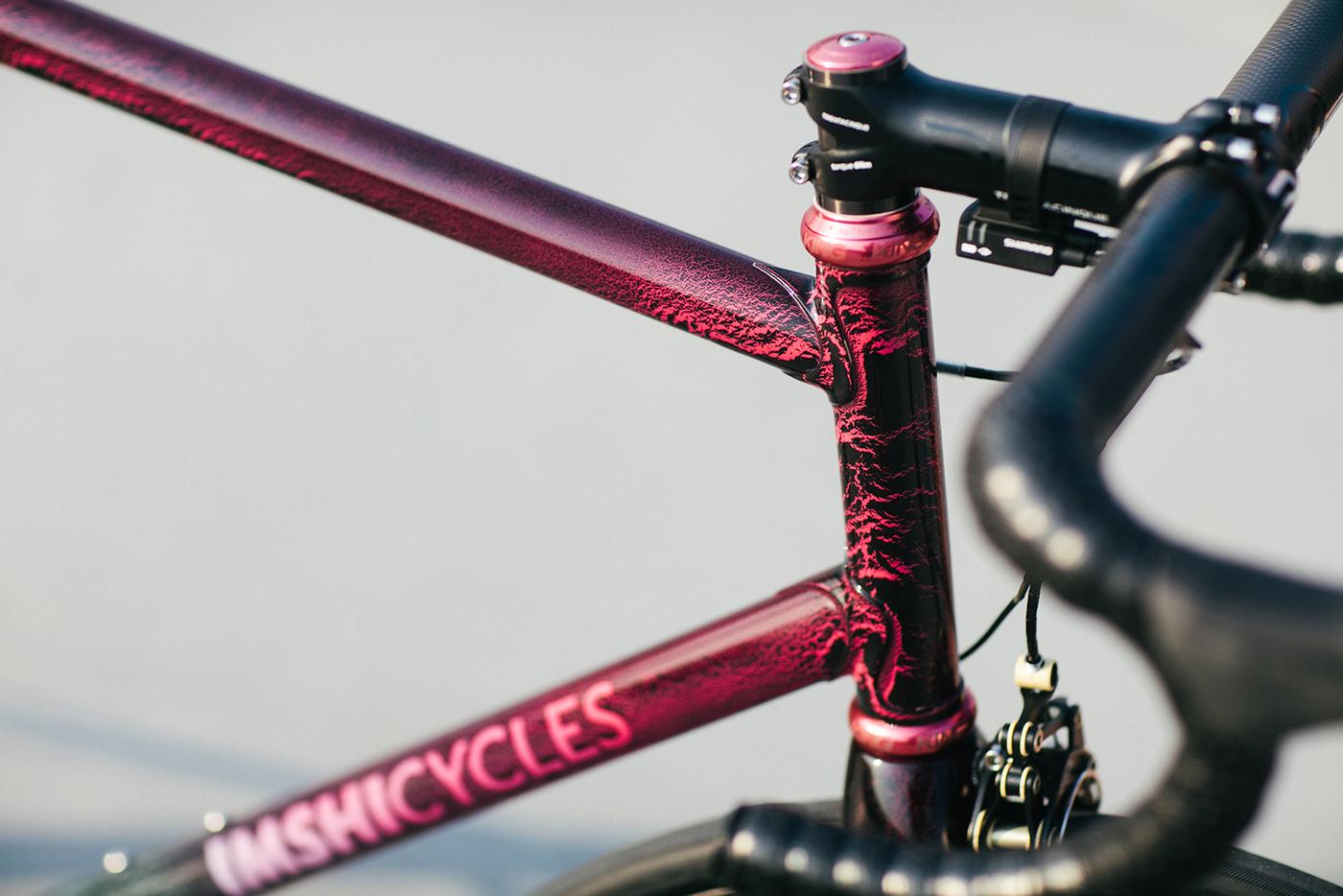 As far as the build is concerned, I wanted a bike that would have all the positive attributes of a steel frame, but that would also be light enough to help me fly up some Alps. This meant surrounding the frame with a lot of carbon stuff, which seems to have worked out perfectly. As pictured it weighs 17lbs 2oz and with a lighter set of climbing wheels, 16lbs 9oz. The carbon bits also aid in neutralizing the small amount of road vibration that makes it through the steel, yielding a ride quality that is (in my completely and utterly biased opinion) easily among the best I have ever experienced. Mission accomplished. 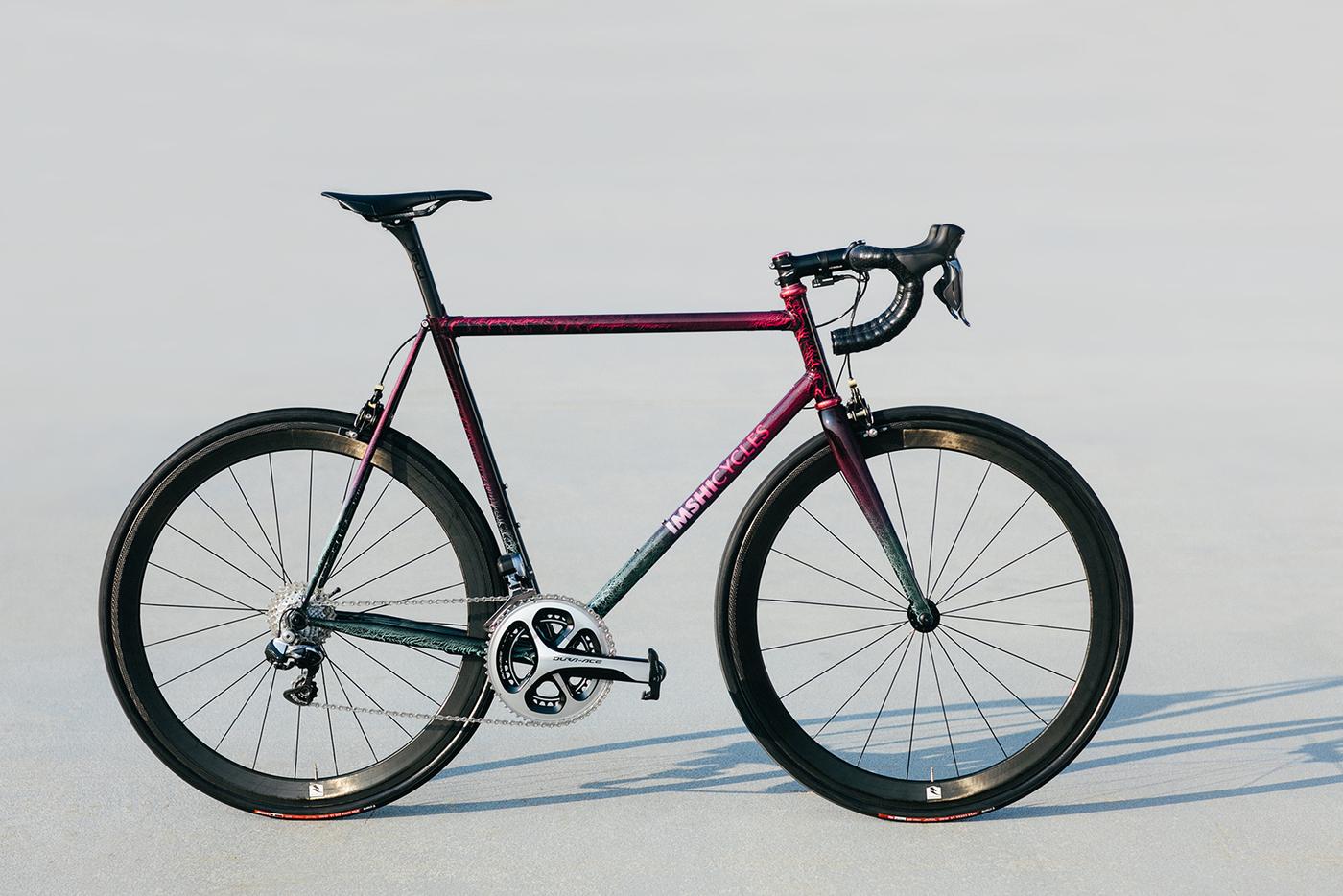