These days, with bicycles being so specified in their usage and design, it’s easy to forget that literally any bike can become a touring bike. Now bear with me, I’m not insinuating that your carbon race bike will suddenly sprout rack or fender braze-ons and grow in its tire clearance, or your 6″ enduro mtb will grow calcium deposits, rendering its suspension moot, but every bike has capabilities for multiple day, long distance riding. It’s just a matter of what you’re willing to compromise or cope with.

Aaron wanted a Rosko ‘cross bike. He was living in Brooklyn at the time and was enamored with the idea of a dude making bikes in his garage. Much like the surfing world he grew up in, Aaron liked makers and the idea that a person can make a vehicle for fun, by hand, really resonated with him. So he placed an order for a ‘cross bike from Seth Rosko and waited for the frame. In the time that he waited for the bike to arrive, he decided to do a tour. One that would center around a theme. This theme involved a wetsuit and a surfboard, along the Pacific Coast. While it’s probably pretty difficult to affix a surfboard to a ‘cross bike, Aaron relied on a trailer to transport his stick and his suit, leaving his bike to hold his packs and gear. Riding a bike like this for multiple weeks, meant that he’d have to re-evaluate his setup. He added some spacers, and a positive rise stem to bring his bars a bit higher.

He spent a few months cruising the PCH, looking for point breaks and barrels, while meeting people and gathering stories along the way. A Florida native, the mountainous California coastline offered plenty of physical challenges, yet Aaron knew he’d be rewarded with a fresh break to paddle out to and a often times vacant beach to himself upon his descent. 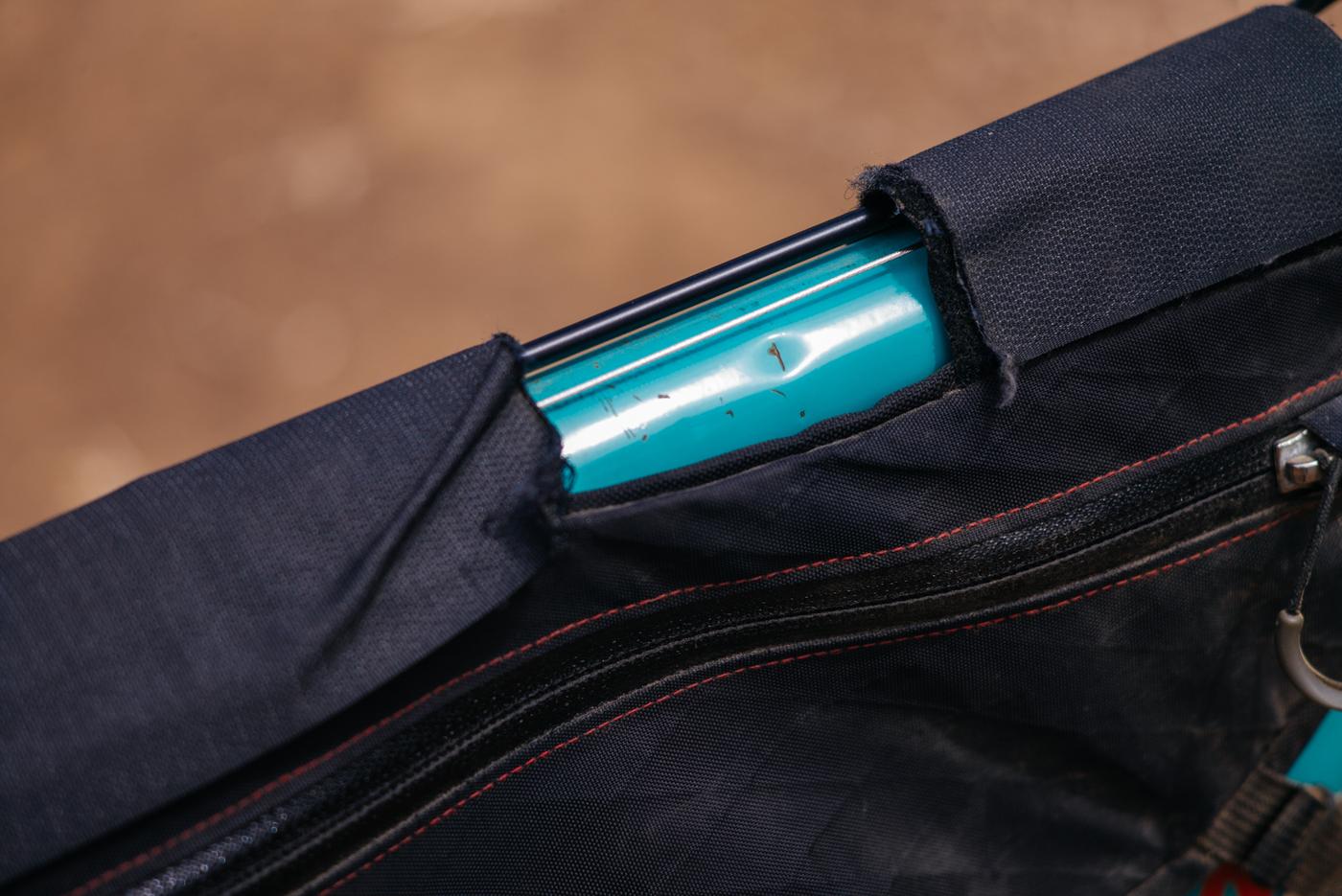 So yes, plenty of people tour on ‘cross bikes, but I’d argue very few approach it from Aaron’s angle. In some ways, looking at this bike sans rack, panniers, trailer and board, it may be hard to see the whole picture, or perhaps you’re affixed to the stack height and cockpit setup on this bike. Yet, if you take a minute and really look at the story this bike is dictating through its beausage, there’s much more to be learned from Aaron and his journey.

I had the pleasure of bookin’ it down Dirt Mulholland to the coast with Aaron on Saturday’s ride and was stoked to hear his anecdotes. As noted on this site prior: ” The bicycle tourist may be the one that keeps the great American story teller alive.” To hear Aaron’s story however, you’ll have to rely on his Instagram account… for now anyway.