Hiding from the storm 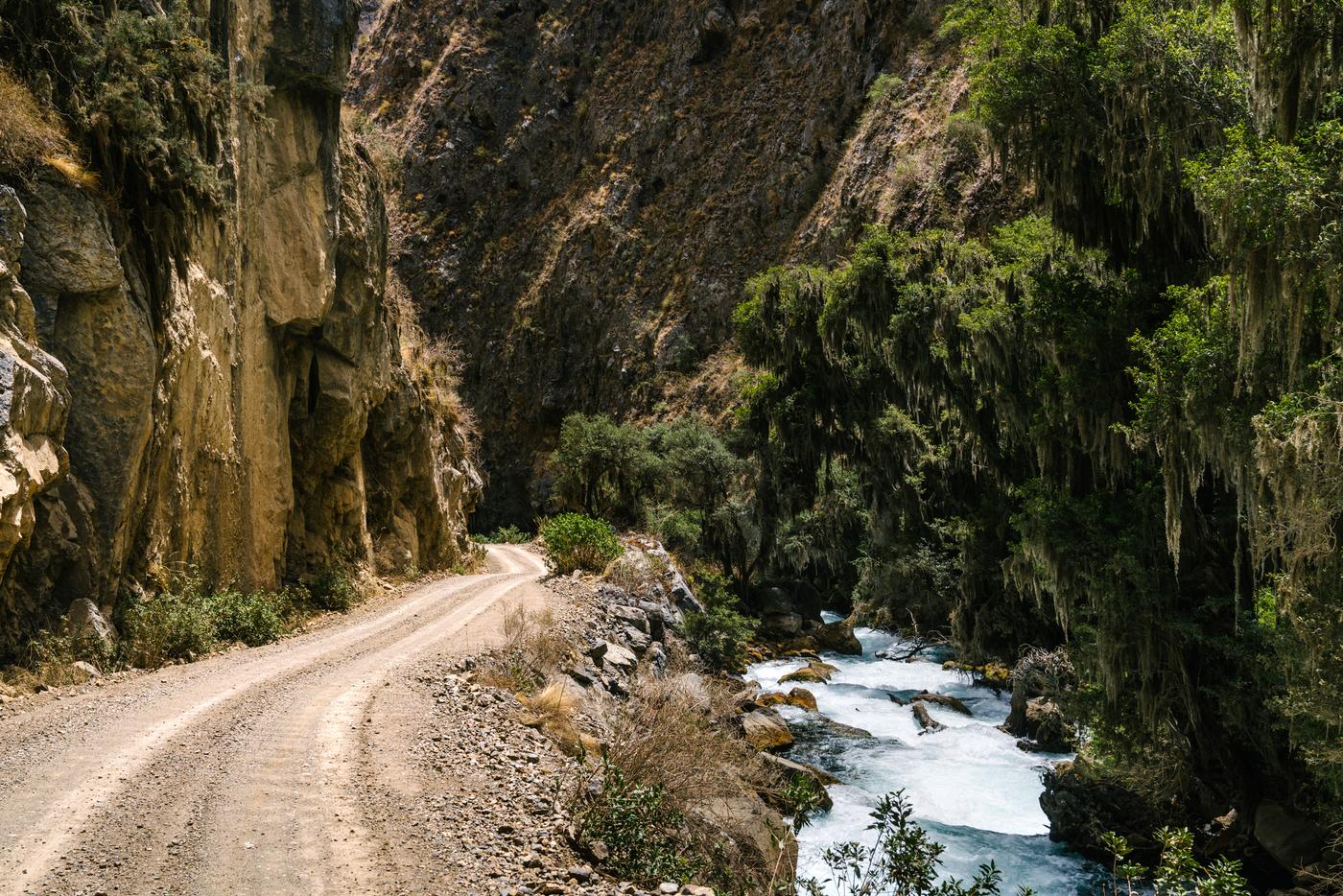 This Lima side-trip seemed to be the last straw for the dry season as the first day back on-route, riding toward the 16,200’ Punta Ushuayca, I ran straight into my first rather sketchy thunderstorm of the trip (featuring a pleasant onslaught of dime sized hail). Luckily a conveniently placed overhanging rock cliff came to the rescue and I managed to find the one dry (and hopefully lightning-free!) spot in the entire valley after about 30 minutes of questionable riding right into the storm. Of course, the overhanging rock may have saved me from packing up a soggy tent in the morning, but that doesn’t really help the roads, where heavy and continuous rainfall can make the higher altitudes nearly impassable due to mud. Thankfully the first few mountain passes of this section were what I’d call “fun mud” rather than the real sticky mud that can completely crush your progress. You’ll get pretty filthy, but let’s be real, that’s probably going to happen with or without the mud. A couple more days of rain and fog pass until it finally clears up a bit as I pull into the small town of Tanta. This small district sits above 14,000’, gets only an hour or two of electricity per day, and even that comes in rolling fashion. Someone comes on the PA in the main plaza declaring which section of the village will get power, then 15 minutes later it randomly switches to another section, etc. 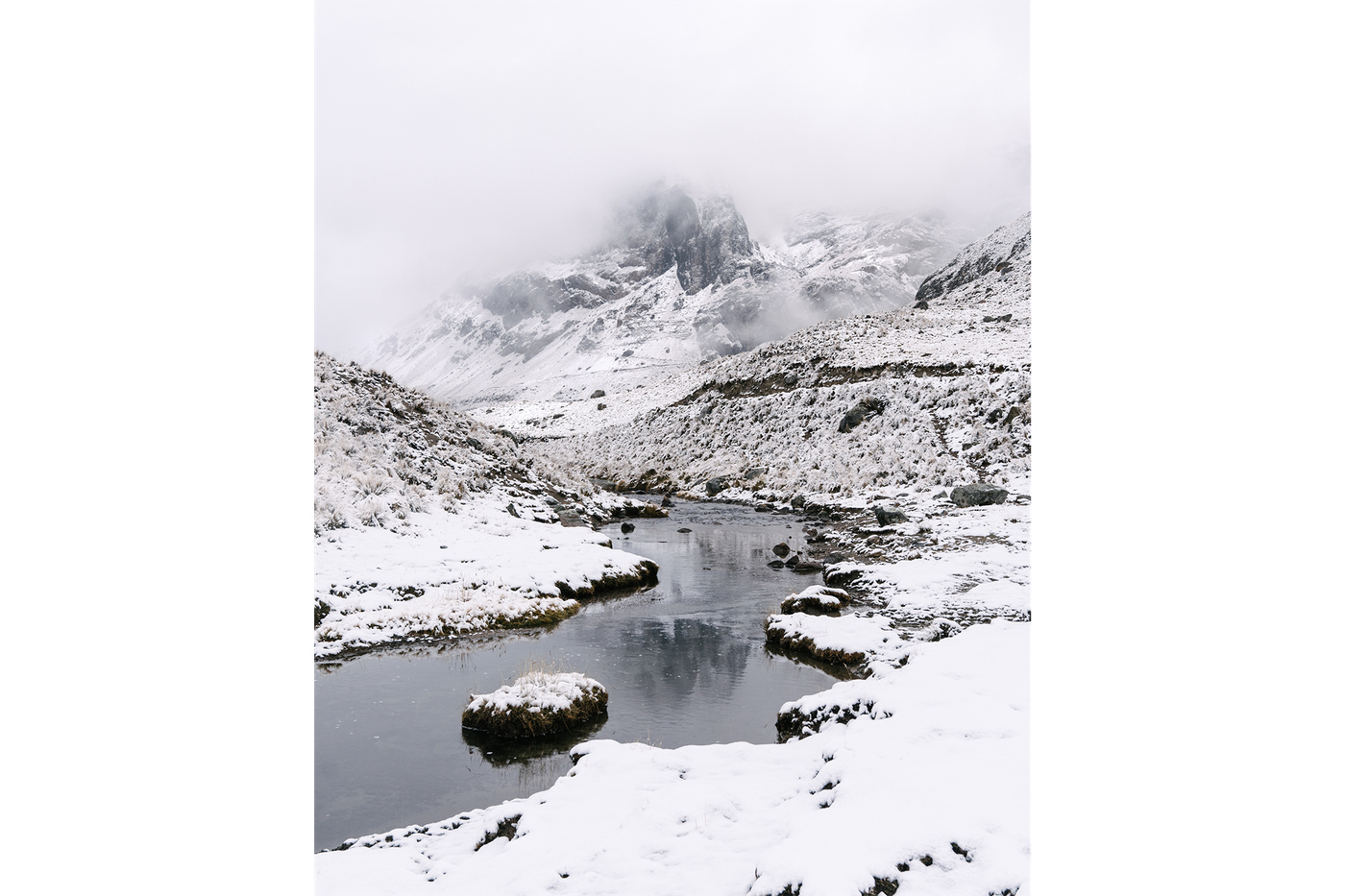 Just north of Tanta sits a rather impressive looking range of glacial peaks which are finally visible as the clouds begin to thin out. A quick glance at my map shows a road leading into the heart of the range. However, the road I would have to take to get there seems to end about 7km short of the one I’m trying to connect to, seemingly in the middle of nowhere. I ask around town a bit if these connect, receive a variety of questionable responses, and leave the town in the morning without a real idea of which way I would go… Do I stick with the standard divide route which is almost certainly great, or spend an extra couple days heading the wrong direction just hoping that the roads connect somehow and that the place is worth visiting?

I get to the intersection between the two possible routes without a decision. After about ten minutes I pass on the road leading into the unknown, sticking to the standard route, but it doesn’t last for long before I had to say f**k it, turn around, and start heading up. You know what they say… always trust your second instinct. First it’s fire as I inhale the smoke on a climb through (intentionally) burning hillsides. Then it’s total desolation. Having no traffic isn’t uncommon when riding around here, but no small huts with shepherds, cattle, or alpaca roaming the hills is a bit strange. Because of this, I didn’t have a whole lot of hope that the road would continue through, so I was rather surprised when a beacon of hope came over the pass behind me in the form of a small colectivo stuffed with locals. I waved them down and the driver reassured me that the road is now finished and connects to all of the places I’m trying to head before speeding off. 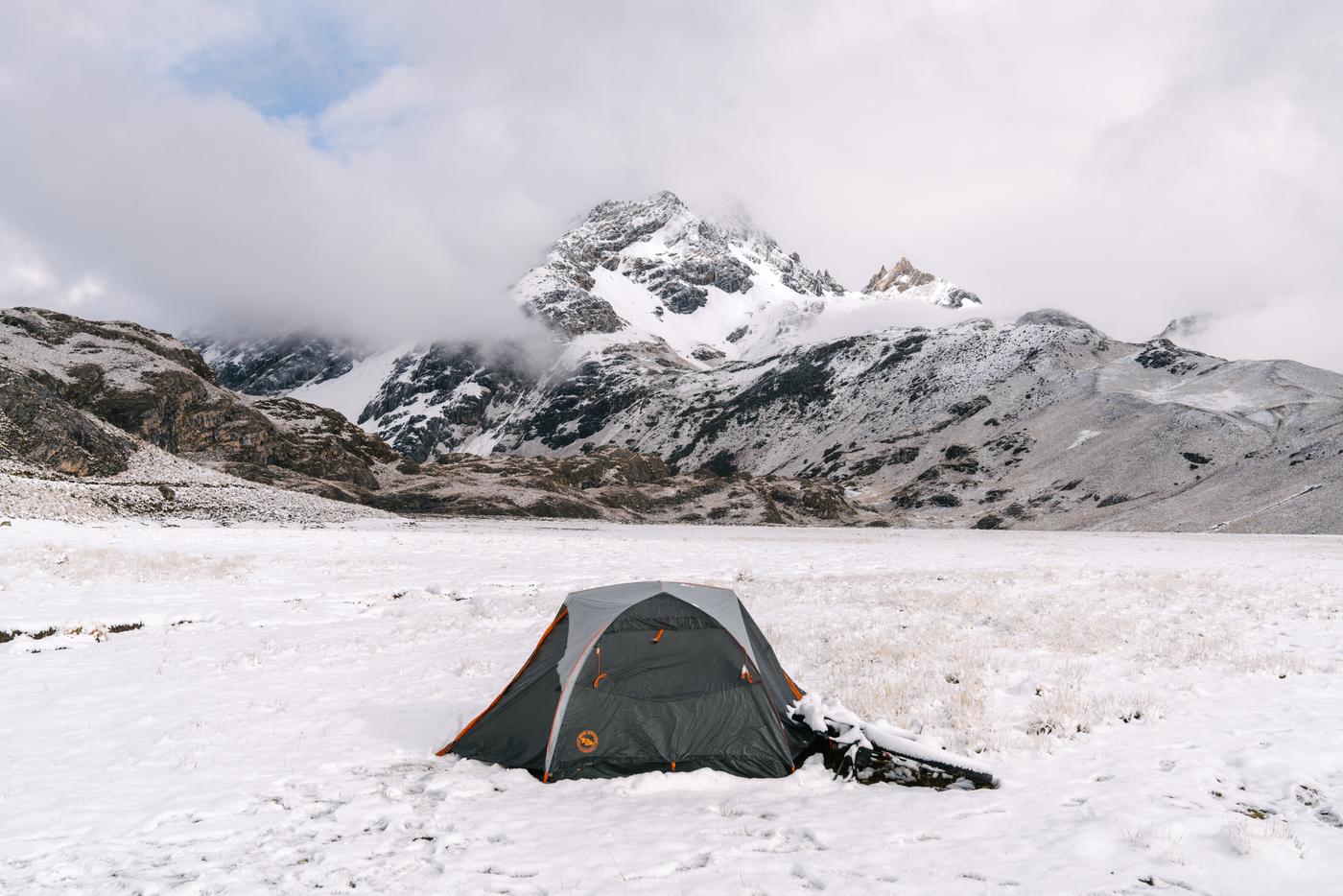 With that bit of weight off my shoulders, I rolled past a few lagunas and eventually into the teeth of the seemingly impenetrable Cordillera Pariacaca. The now standard evening storm hits, I scramble to set up my tent about fifteen minutes too late and then listen as the steady patter of rain slowly turns to snow.

I’m a sucker for big snowy mountains (if you couldn’t tell by now), so waking up to a fresh coat of white the following morning was unquestionably a highlight of the trip so far. What was not a highlight was having that sticky, cake-y, cement mud come out in full force as I climbed higher into the Pariacaca. You can’t even push through this stuff for a handful of steps without 20 pounds of mud clogging every nook and cranny of the bike and grinding it to a halt. At a certain point carrying is just a better solution than dragging. Needless to say, the progress was slow, but with glacial lakes and peaks all around, it’s hard to complain too much. 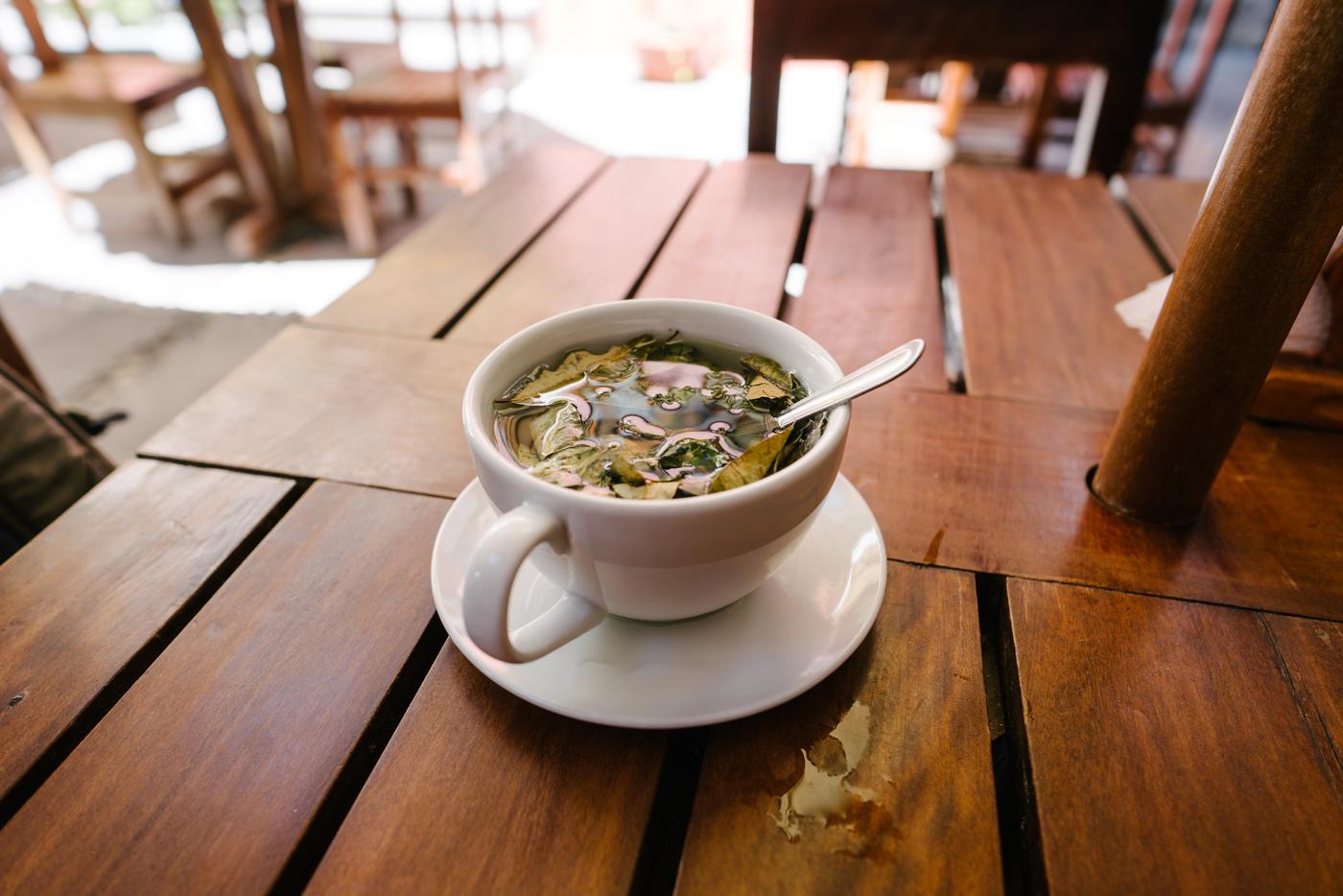 Eventually, I re-connected with the divide route just a handful of kilometers from where I left it, continued toward the Cañete river gorge, and landed in another larger city for a couple days of that “luxury life” before heading out for my last stretch on the divide…

Here’s my route for this section.