I met Norther Cycles owner StarMichael back in 2015 here in Portland at the Bike and Beer festival where I shot one of his creations, a beautiful randonneuring frame. As with most of 2015’s content, when our server crashed, we lost the images. Bummer! So when Rie and the Sim Works crew said they were going to a few shops to deliver tires and racks, I tagged along, especially once I heard they were going to Norther Cycles. 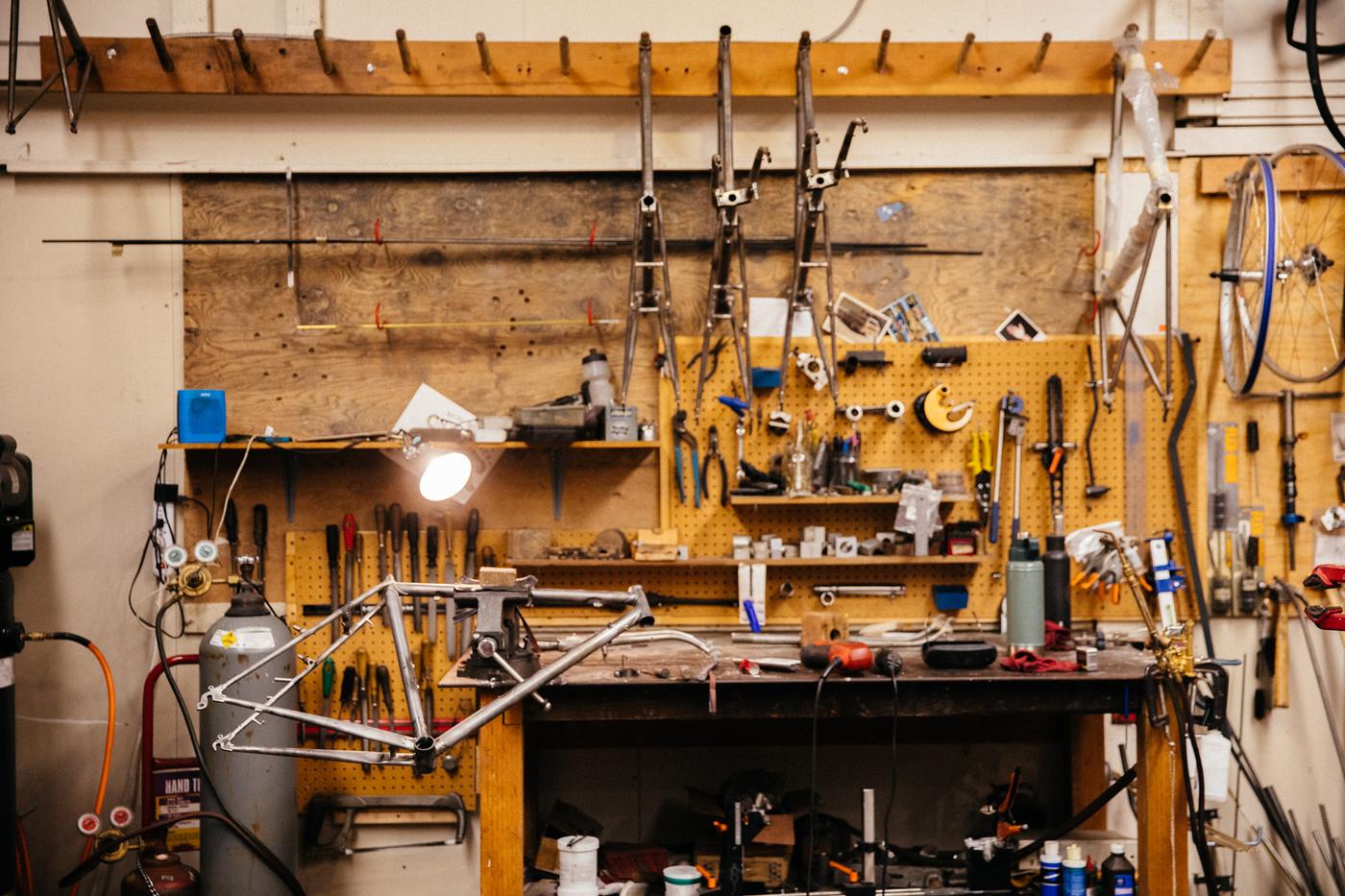 StarMichael wasn’t there, but the shop’s co-owner Mark was. He didn’t know I was coming by, so the shop was in situ, just the way I like it. As Mark chatted about the shop – which is only open on the weekends and during the week by appointment only – I poked around with my camera, uncovering the beautiful layers from Mark’s busy work as a frame builder. 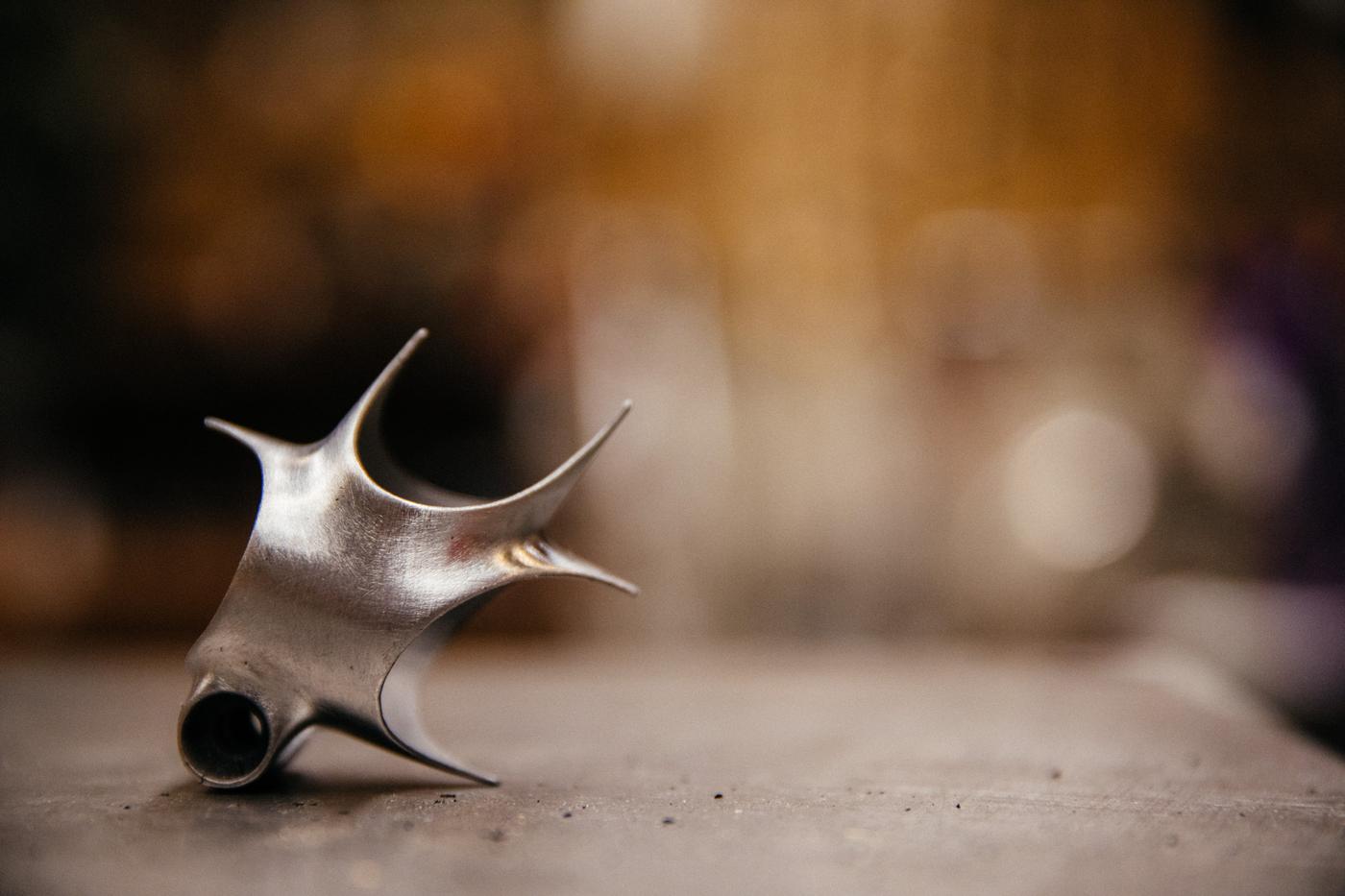 Mark used to run a small framebuilding outfit called Belladonna. He learned how to make bikes at UBI and built under Belladonna for a few years until StarMichael asked him to come on board at Norther Cycles. Rumor has it, if you ask Mark politely, he might still make you Belladonna. Truth is, Mark is busy making Norther Cycles frames and coordinating collaborations with Jeff Lyon on a run of randonneuring frames. Mark’s personal bike is a strange mule of sorts. Disc brakes, riser bars, and red anodized components? It might look normal in the scope of this website but in the context of this shop, it stood out to me! So what do Norther Cycles specialize in? Some might call it old stuff, others call it the right stuff. Cycling components that withstand the test of time and perform their job incredibly well. A randonnneuring frame will make a great frame for brevets, or dirt road exploration, but it is not a touring bike. The Norther Cycles and Lyon frames don’t have rear racks, because they’re lightweight, low-trail bikes. They don’t have disc brakes because disc brakes can break lightweight forks. Some of the tubings Norther uses have weight restrictions. Some of their lighting setups are complex, yet simple. The cranks they use are beautiful, yet utilitarian. The bags are rugged, yet refined. These dichotomies are what make institutions like this so elegant. It felt like we had entered some animal’s den when we walked through the doors of Norther Cycles. Don’t get me wrong, it wasn’t dirty or unorganized. It was intentional, elegant, and lived in. I wasn’t expecting to take a lot of photos at Norther Cycles, more to just check out their operations, but I was glad I did! You should too if your interest is piqued!