When I began working with the team at Firefly on my first disc brake road bike back in 2014, I wanted it to be perfect. The problem was at the time, the industry was very imperfect when it came to disc brakes on road bikes and all the accompanying standards. That was three or four years ago. Flat mount wasn’t on the table, many road forks used a 15mm thru-axle, and SRAM’s 1x XD driver had just switched to the road market after a successful introduction into the MTB market years prior. Trying to figure out the specs on this bike took a lot of back and forth for both me and Firefly. I wanted this bike to be perfect… this is, after all, a dream bike!

Since getting the Rad Rod in 2015, I’ve had this bike built up a number of different ways, traveled the globe with it, toured on it, and came to the conclusion that I truly do love it. So when Tyler emailed me, asking what I’d think about sending it back for a retrofit, I was intrigued.

His proposal was a rear-end retrofit, with a new Firefly thru-axle dropout but most importantly, a new 3D-printed titanium yoke that would allow for a large tire and the use of a 2x drivetrain. By this point, I’d ridden a number of other drop bar “all road” bikes, but really wanted a straight up “chubby road,” or a disc brake, 650b, 2x road bike.

So what did Firefly have to say about this process? Read on for two quotes from Tyler regarding their new yoke and how it applies to this retrofit. 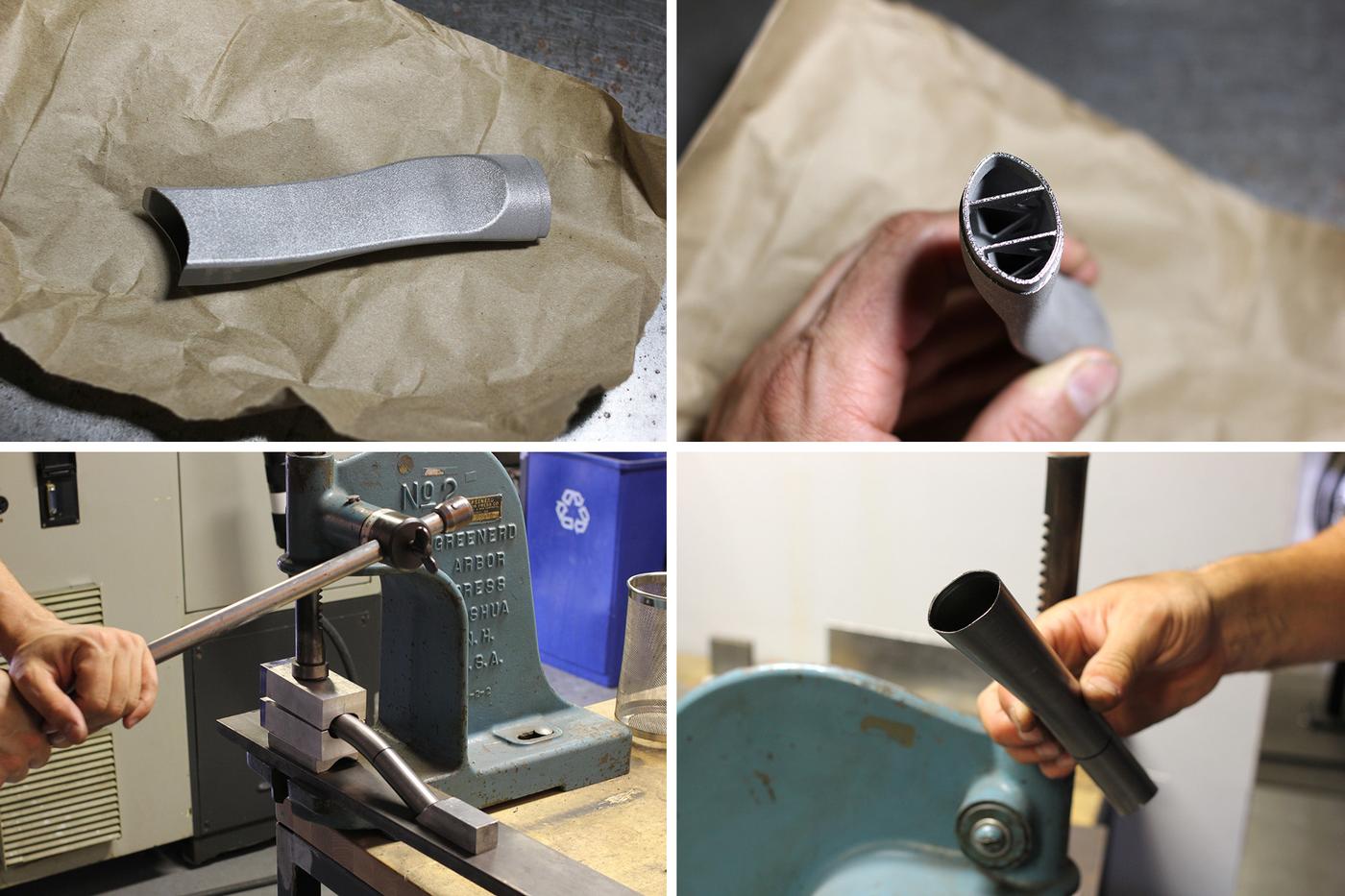 About the Yoke
“We designed our 3D printed yoke specifically for pairing a road compact or sub-compact cranksets with 650b and 700c high volume tires and the shortest possible chainstay lengths. Depending on the exact geometry and component specifications, the yoke allows us to build in clearance for up to 700c x 44mm and 650b x 2.1” tires.” 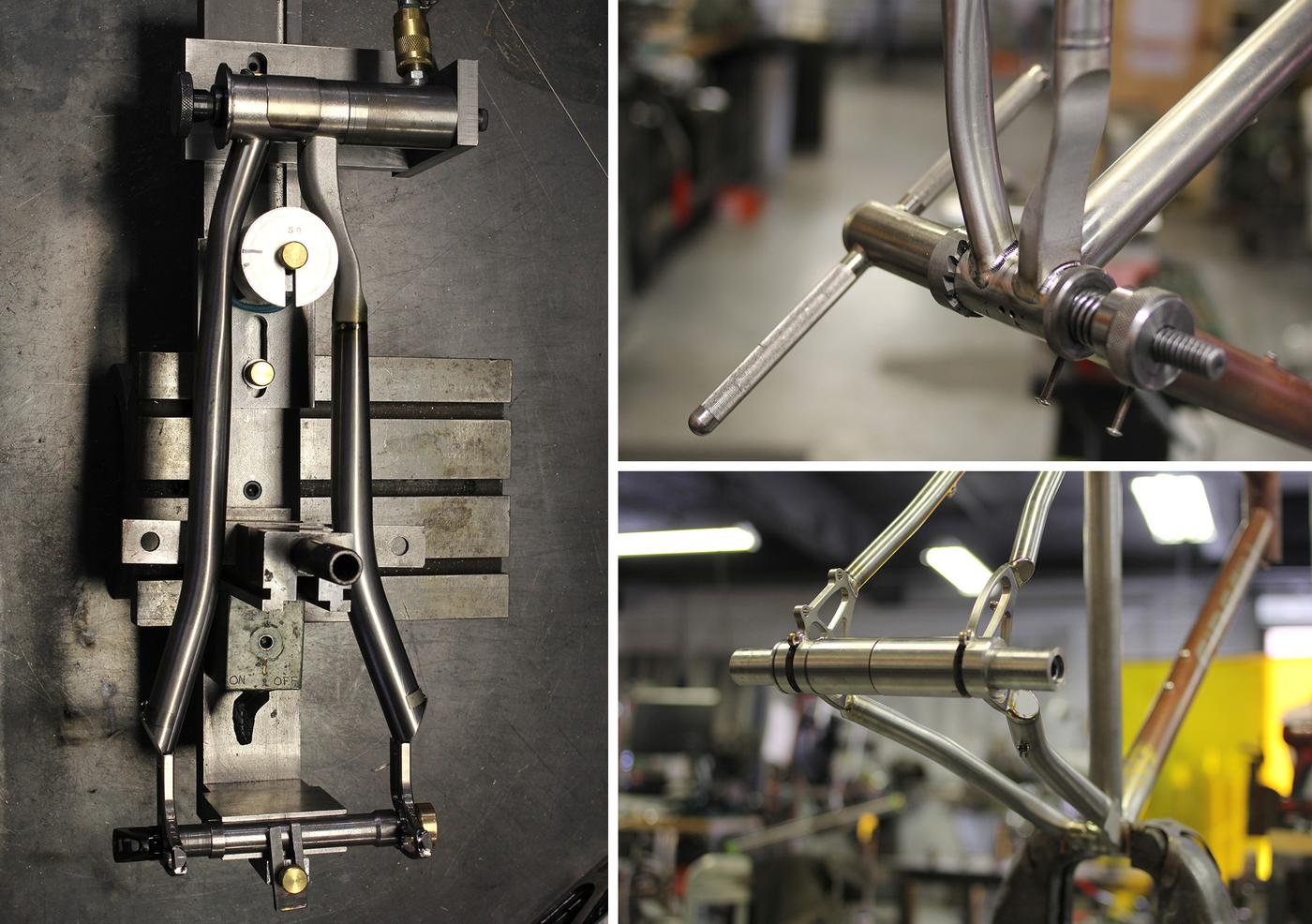 “While running a single chainring does have some advantages in terms of simplicity, in most cases we have found that a 1x drivetrain lacks the fidelity in jumps between gears that an All-Road Bike demands. All-Road bikes for most of our customers and ourselves are ridden on highly varied terrain that covers many small changes in gradient and speed. The smaller jumps between gears with a 2x drivetrain make it easier to find the right cadence on that terrain. We have found that 1x drivetrains are best suited to more extreme off-road bicycle platforms (i.e. MTB or Cyclocross) where that delicacy isn’t as crucial.” – Tyler Evans, co-owner of Firefly Bicycles 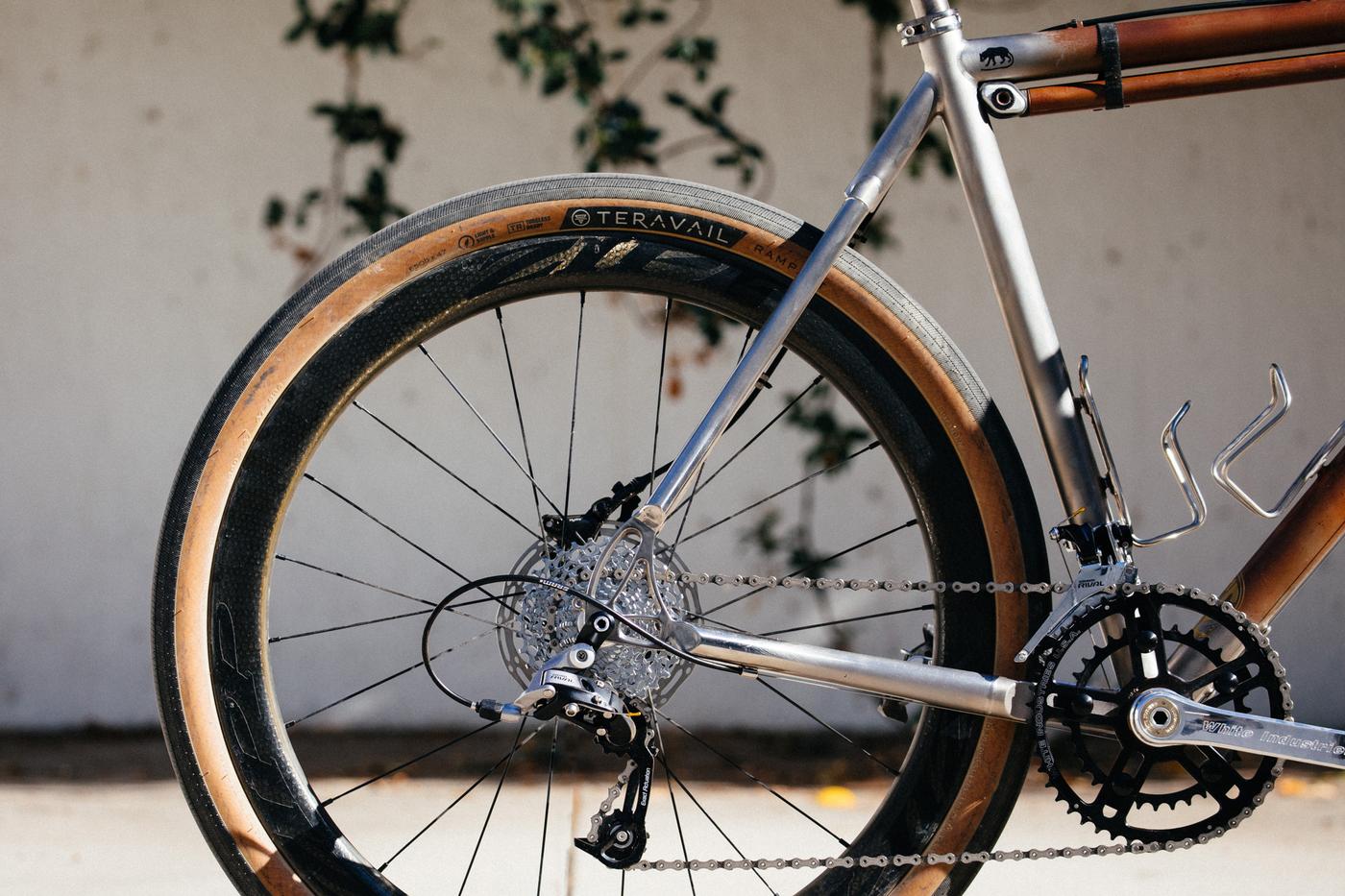 About the Retrofit
“When initially suggesting this project we thought this retrofit might be a viable option to offer our past customers as an upgrade to their current bike. But we quickly learned that, in reality, this is not a cost-effective or efficient option. The labor hours involved are equal to or even exceed that of making a frame from scratch. In essence, as an upgrade, adding this part to an existing bike is cost prohibitive, but it was a fun side project, totally worth doing, and we learned a lot.” – Tyler Evans, co-owner of Firefly Bicycles 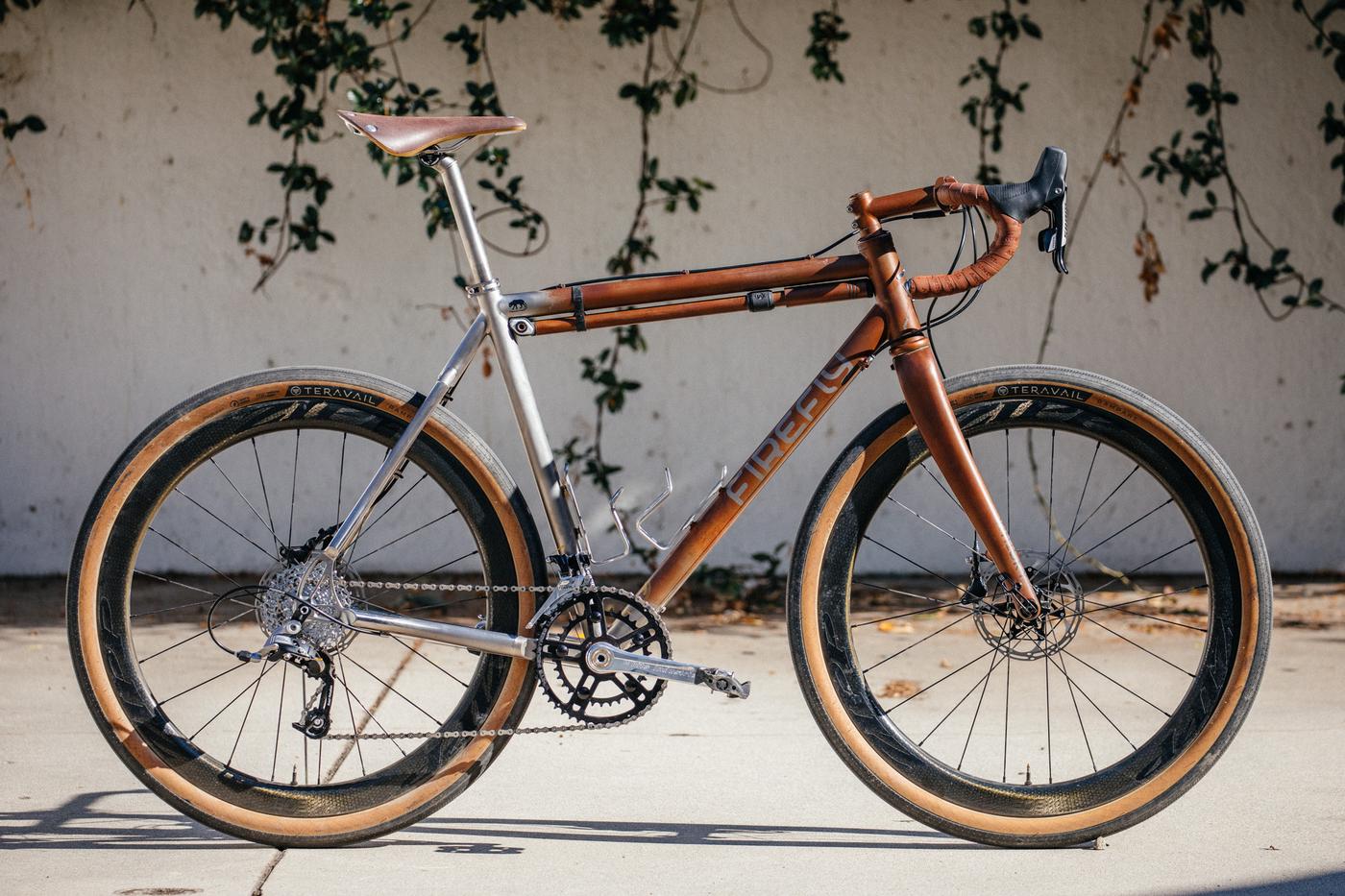 For the build kit, I’ve had great luck with SRAM Rival 22 in the past. It just works. The White Industries R30 cranks have also done me well, plus they look great and are made in Petaluma, California. My friends at GSC and Sim Works had a new bar out that I really wanted to try, too! Those were my known go-to parts, what was the unknown were the wheels. I would be more than happy with my older WTB wheels which this bike confidently rolled on prior, but around the time of this retrofit, Zipp offered up a set of their new 650B Zipp 303 Firecrest wheels. The Teravail Rampart tires are perfect for the kind of riding this bike would be undertaking. 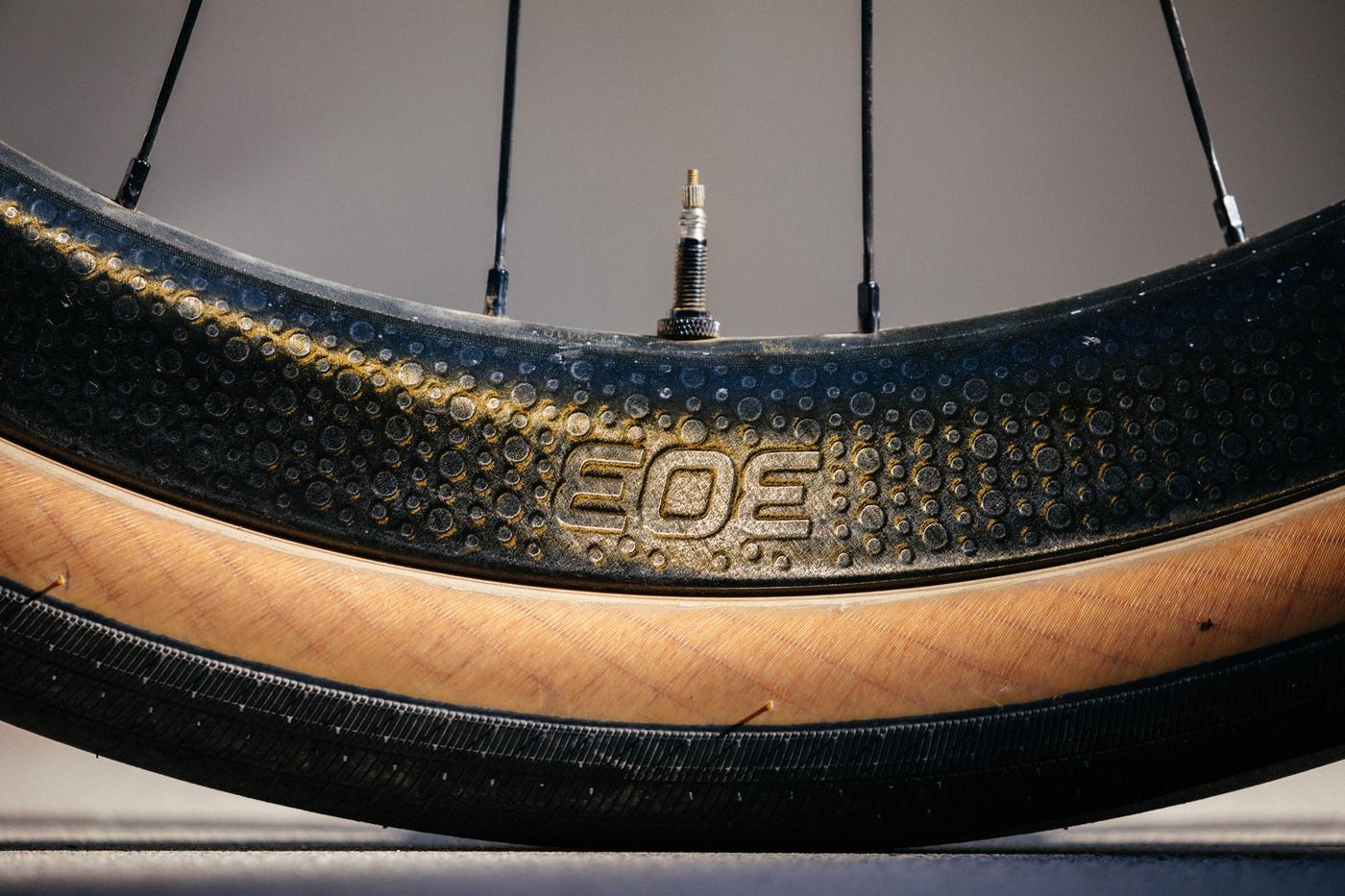 Zipp’s quality, reliability, and construction need no introduction, what I was interested in finding out was how a 45mm road wheel in a smaller diameter would feel. I’m not one to fall into the aero marketing trap, but I do like wheels that are optimized for fatter tires, which set up easily tubeless, require little to no maintenance and look good. The 303 Firecrest design and engineering are on par with what you would expect from Zipp. They feel great on the ups and are fun on the downs, with very little noticeable “wind walking” during breezy or windy days.

It’s hard to review wheels, especially when they’re literally some of the best you can buy. The problem is, there are many options out there for just such a wheelset and many of those options won’t cost $2,500, but Zipp’s rims are made in the USA and are backed by a two-year warranty. My one main complaint is that it’s hard to find a 650b tube with a long enough valve stem to carry as a spare. For now, I have a spare tube with a valve extender. The difficulty in reviewing wheels like this is finding something to critique! All I can say is going from a 32h wheelset to lightweight, 24h, wheelset resulted in a noticeable “spryness” feel to what I would consider my most familiar bike. See more information at Zipp! 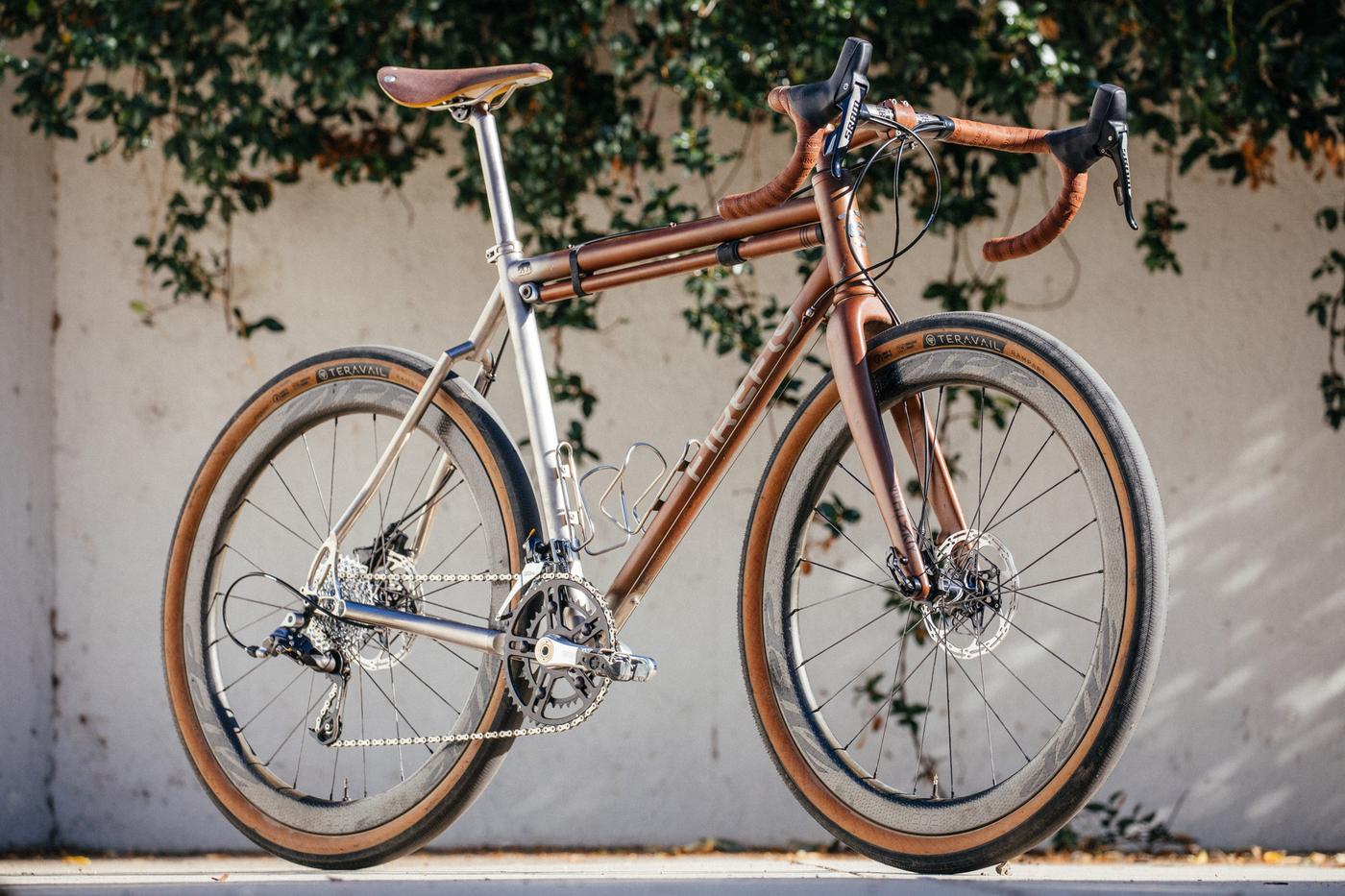 A Work in Progress

Much like this bike’s inspiration – a chopped and altered rat rod car – the Rad Rod shows use, not abuse, and now has a new found face as a 2x chubby road bike. The bike’s fit and build are perfect for dirt road rides in the mountains that surround my home in Los Angeles and beyond. I’ve already been putting more miles on it and with each ride, it puts a huge smile on my face.

Got any questions? Drop them in the comments!