The high desert in the winter is unpredictable. It could be sunny one minute and stormin’ another. Because of this schizophrenia, we found ourselves seeking local reconnaissance before heading out on our next trail ride. The roads could be in horrible condition, or the trails under snow. After talking to a few locals, we were advised to swing by Over the Edge in Hurricane. The shop workers had been scouting all of the local trails to determine shredability. We had already planned on visiting the shop, so now we had another incentive to do so.

With Hurricane being a MTB destination for tourists like us, the last thing we wanted to do was piss off the locals by riding wet trails, or driving on roads with excessive mud. Luckily, we didn’t venture up to Gooseberry, as the guys at Over the Edge advised against driving on the road. Instead, they pointed us to neighboring Guacamole Mesa. While it’s not as famed as Gooseberry, Guac has a lot packed into this relatively small area. 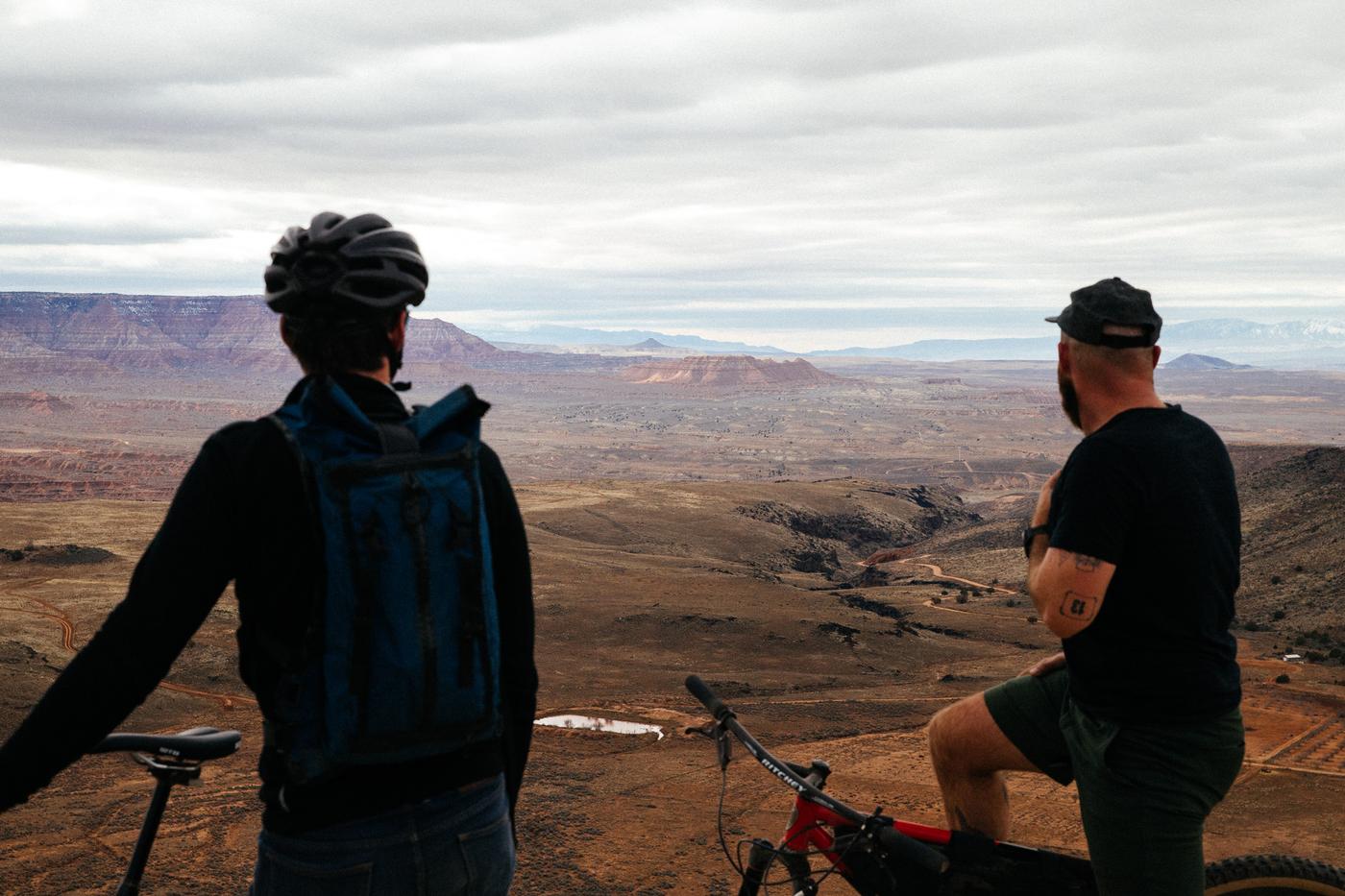 At this point, we were all pretty low on energy, having ridden for five days in a row, so we all headed out with anticipations of messing around on the rock drop-ins and not actually riding the entire loop, aka the Whole Guacamole. Josh had an errand to run, so he dropped Parker off at the top of the road and took off back down to St. George. 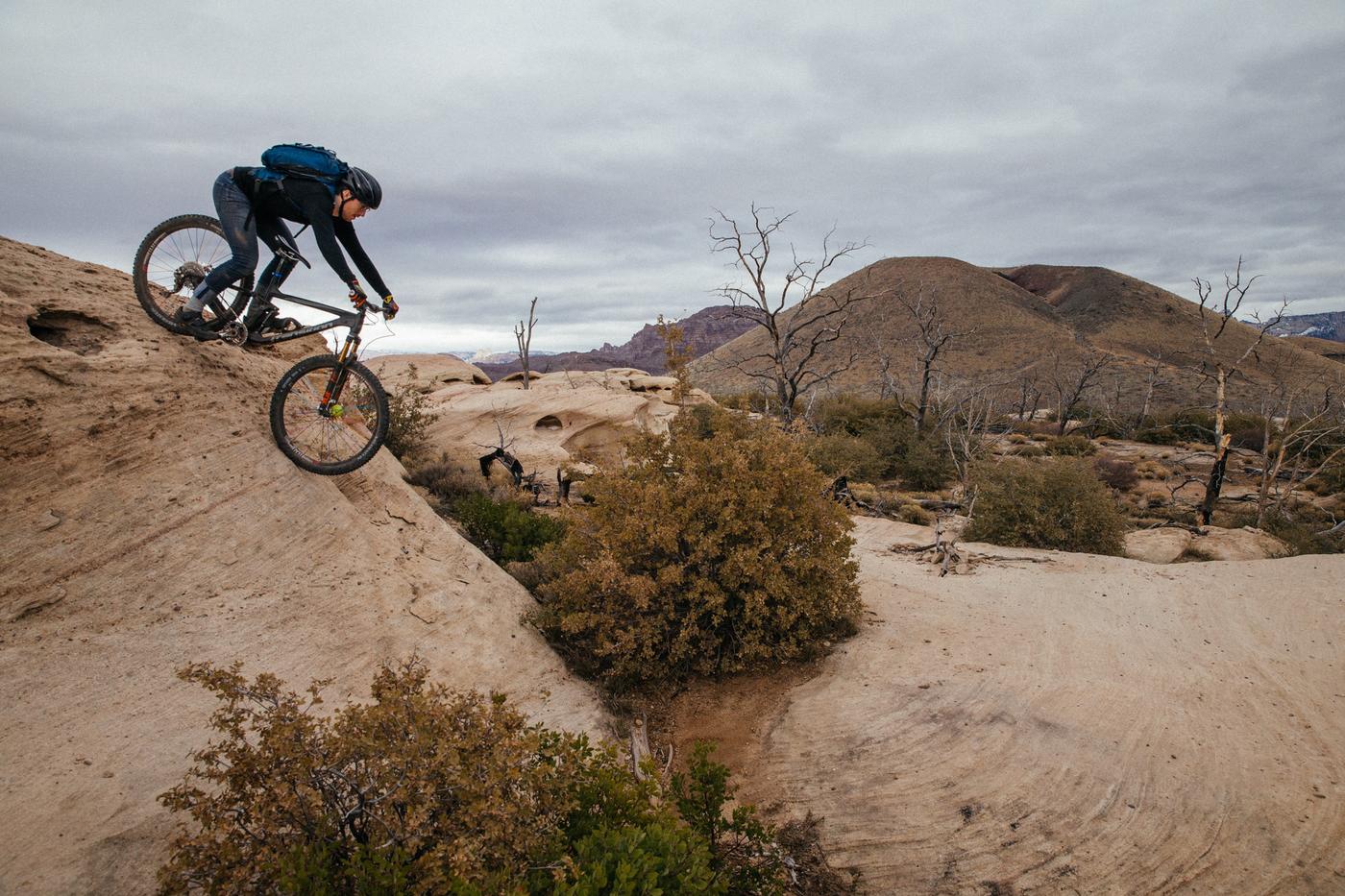 As Parker, Kyle and I are packing up our gear and putting on our riding clothes, we all kinda just looked at each other and said “fuck it.” Parker rode in the clothes he was wearing and Kyle did the same. We were only going to ride a few miles, anyway. Not the case. Guacamole Mesa is addictive and a very distracting trail. Local recon told us to just keep making right turns to avoid getting lost in this dense network of scattered singletrack. Before we knew it, we’d done 11 miles, completing the Whole Guacamole. The further into the trail you ride, the more technical it got and we couldn’t get enough. We found ourselves back at the truck after two hours of jibbing on rocks and flying through a beautiful burn zone. 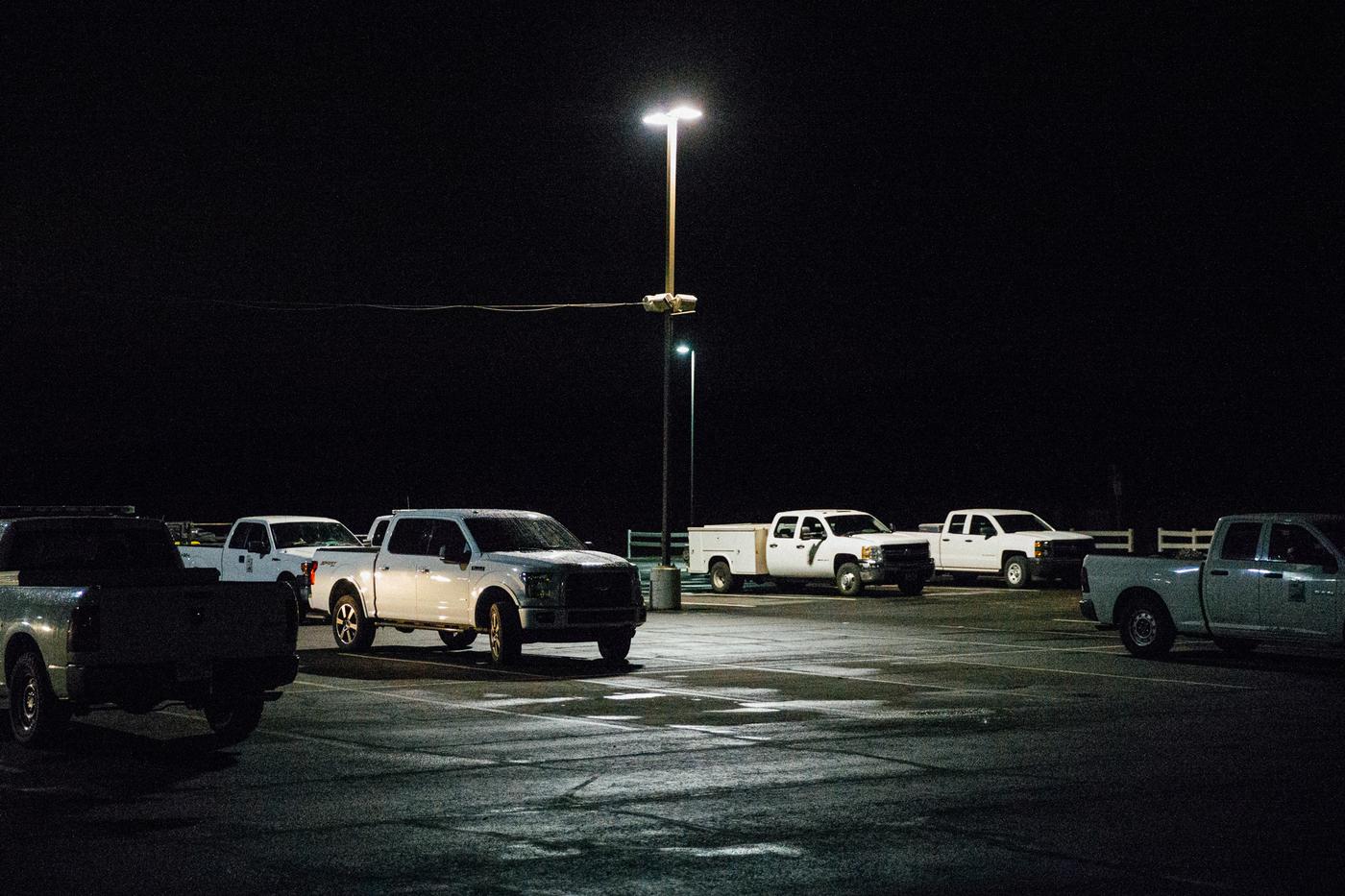 Once we made it back to town, Kyle got in touch with his friend Eric Porter who he hadn’t seen in 15 years. He and Eric used to snowboard together in Indiana, but Kyle didn’t even know Eric was a mountain biker. Much less, a freeride legend. Eric was speaking at the 60th-anniversary conference of Utah State Parks on how mountain bikes gave him an escape from teenage peer pressure while growing up in Kentucky. 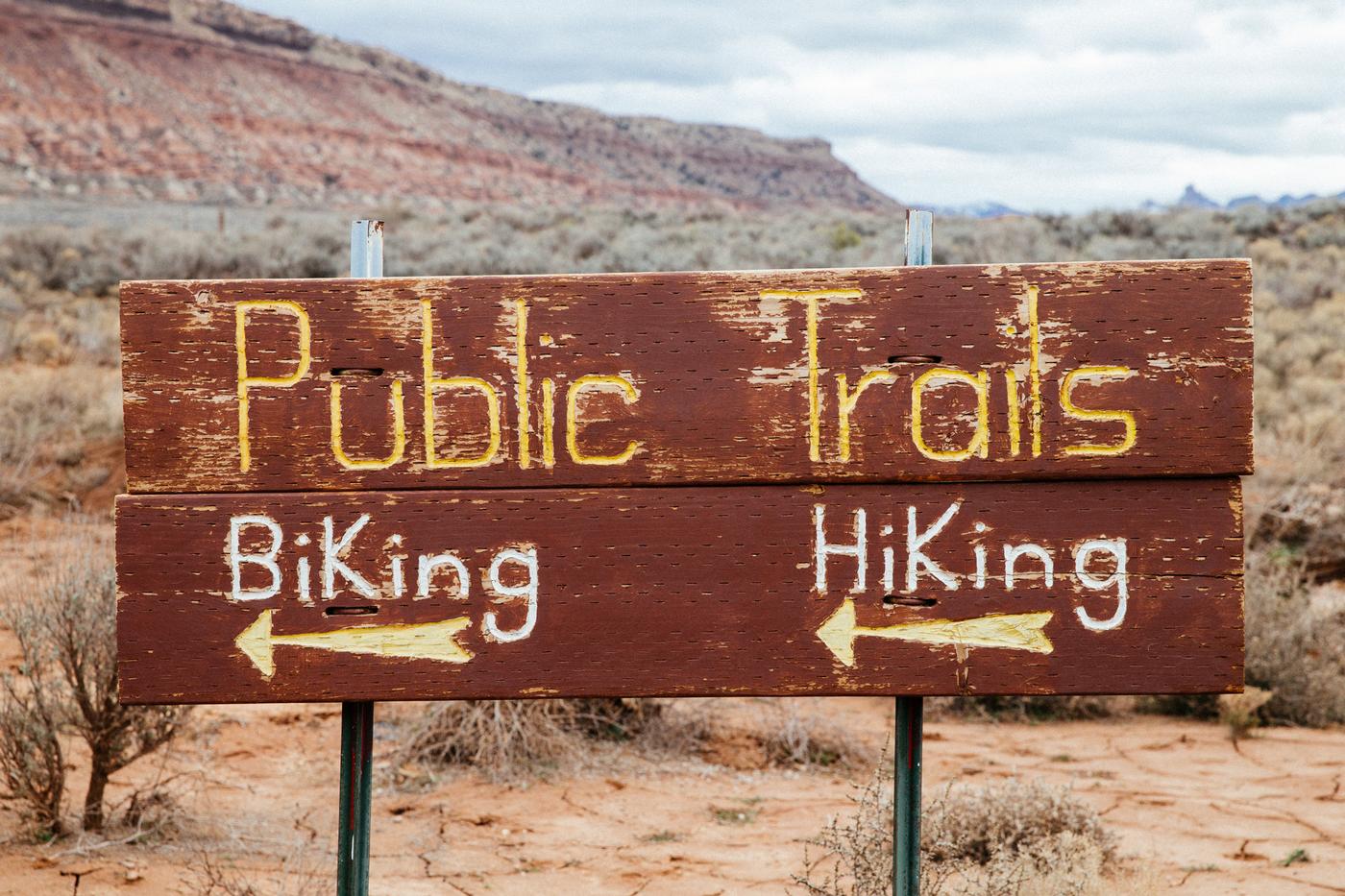 With all the concern over public land, it was quite the environment to be in. We drove to the State Parks Office and parked the only non-white fleet vehicle before entering the building where park rangers from all over Utah were ready to hear Eric talk about his mountain bike rides from all over the world. Over the years, Eric has traveled the globe seeking the unknown and pushing his own limits. Each trip was more exotic than the previous and after spending his adult life traveling, he realized that he had epic trails in his own backyard. Eric and his wife moved to Utah years back, and now his own children are enjoying the State Parks.

Eric closed out his talk with a thank you to the Utah State Parks for enriching his life through opening more and more mountain bike trails. His talk felt like a small victory after all the news that was unfolding while we were enjoying public lands in Utah. The next day Eric had something special planned for us…