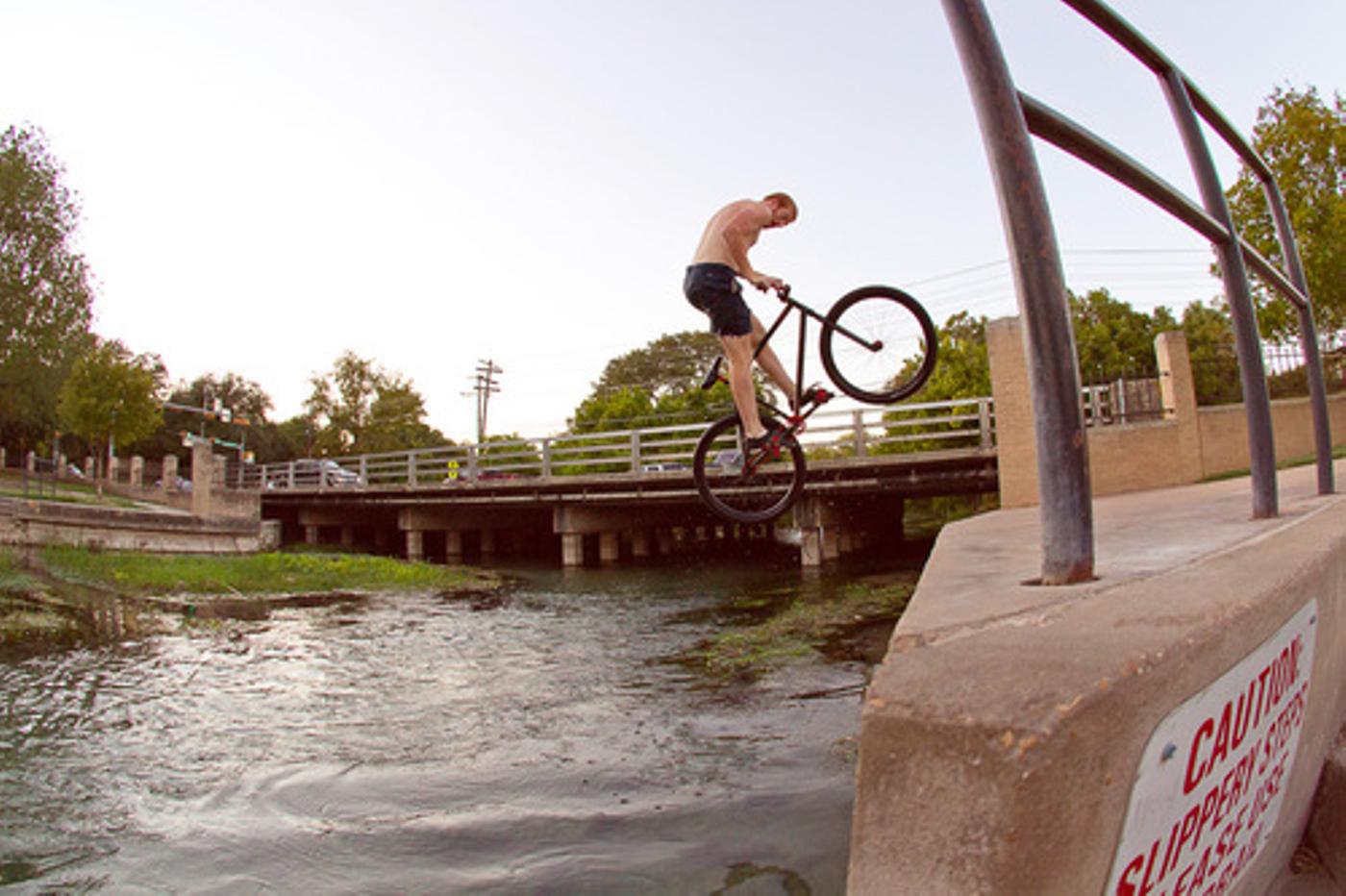 Yesterday was a blast. Aside from the 100 degree temperatures, I wouldn’t change a thing. Tony, Puckett and I went down to San Marcos to ride with AJ. He’s always trying to get us down there and every time I end up rolling through, I have a great time and yesterday was no exception. We ended the day by making a splash. Yes, that’s my P-Fix! 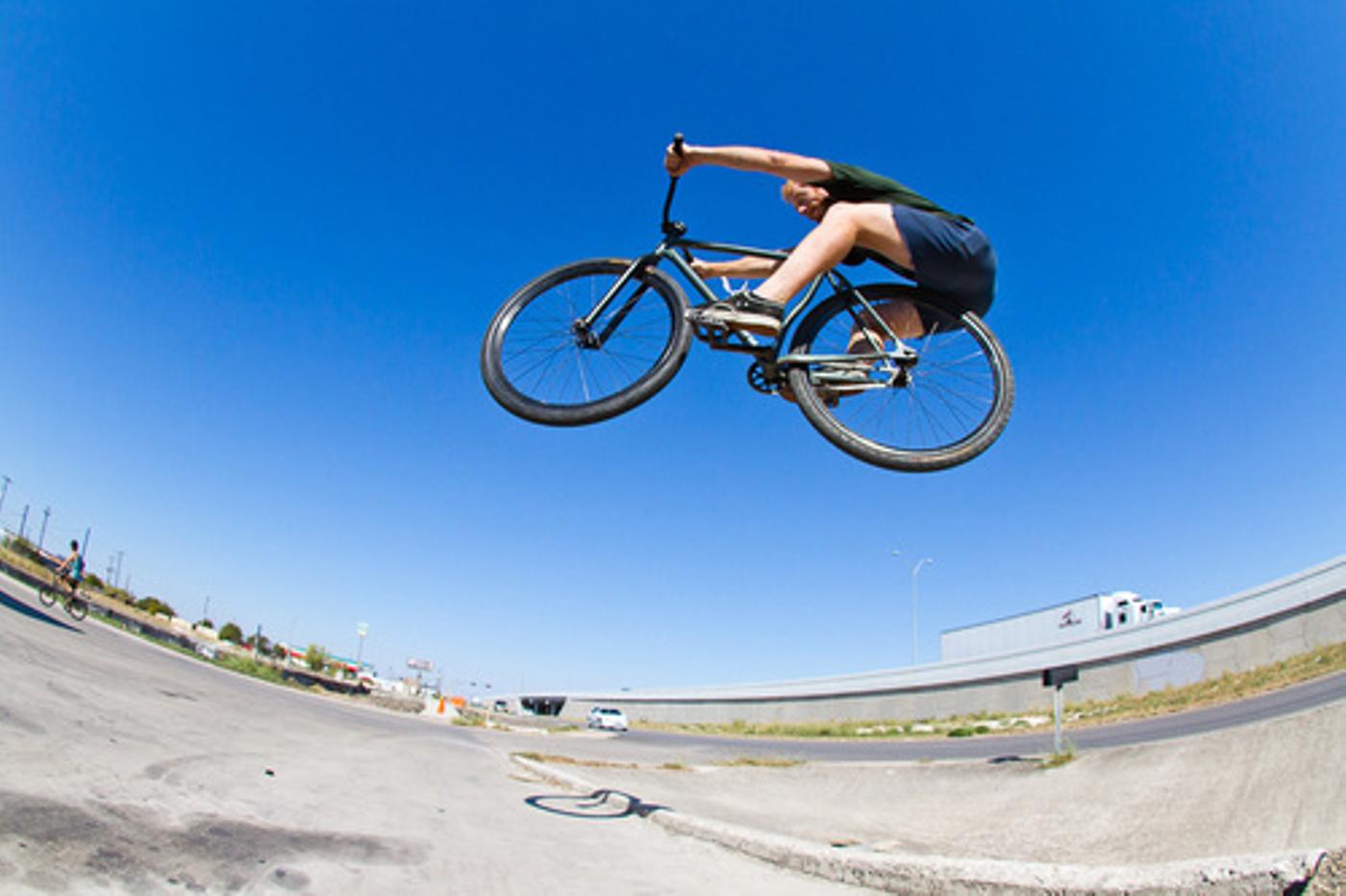 AJ took us to this drainage ditch beside the freeway and everyone was blasting out of it. I wish I had taken a few at 85mm so you could see how high AJ was getting. He’s at least 4′ up there! Puckett was doing tuck no handers. 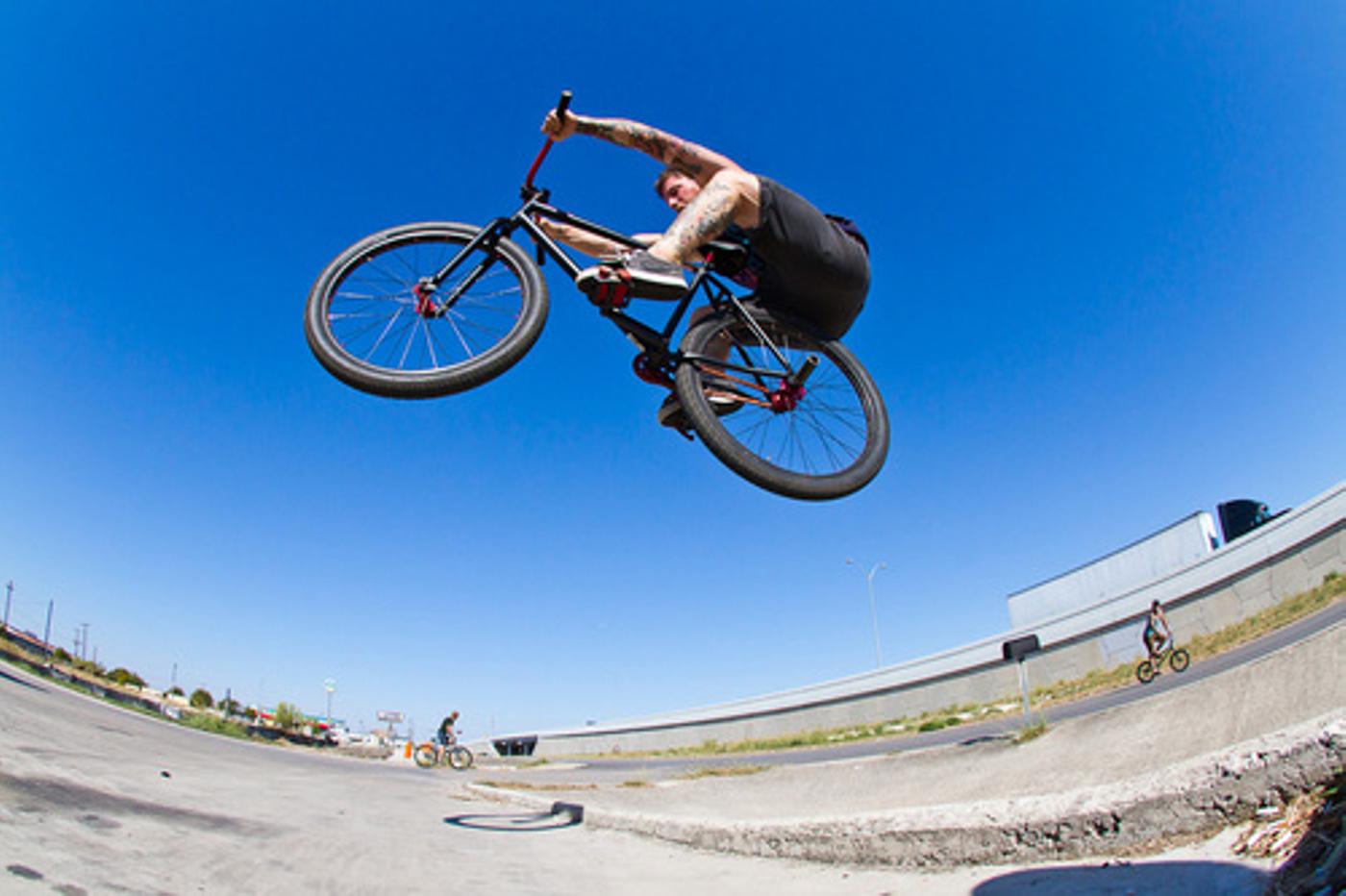 And Tony was holding his own. 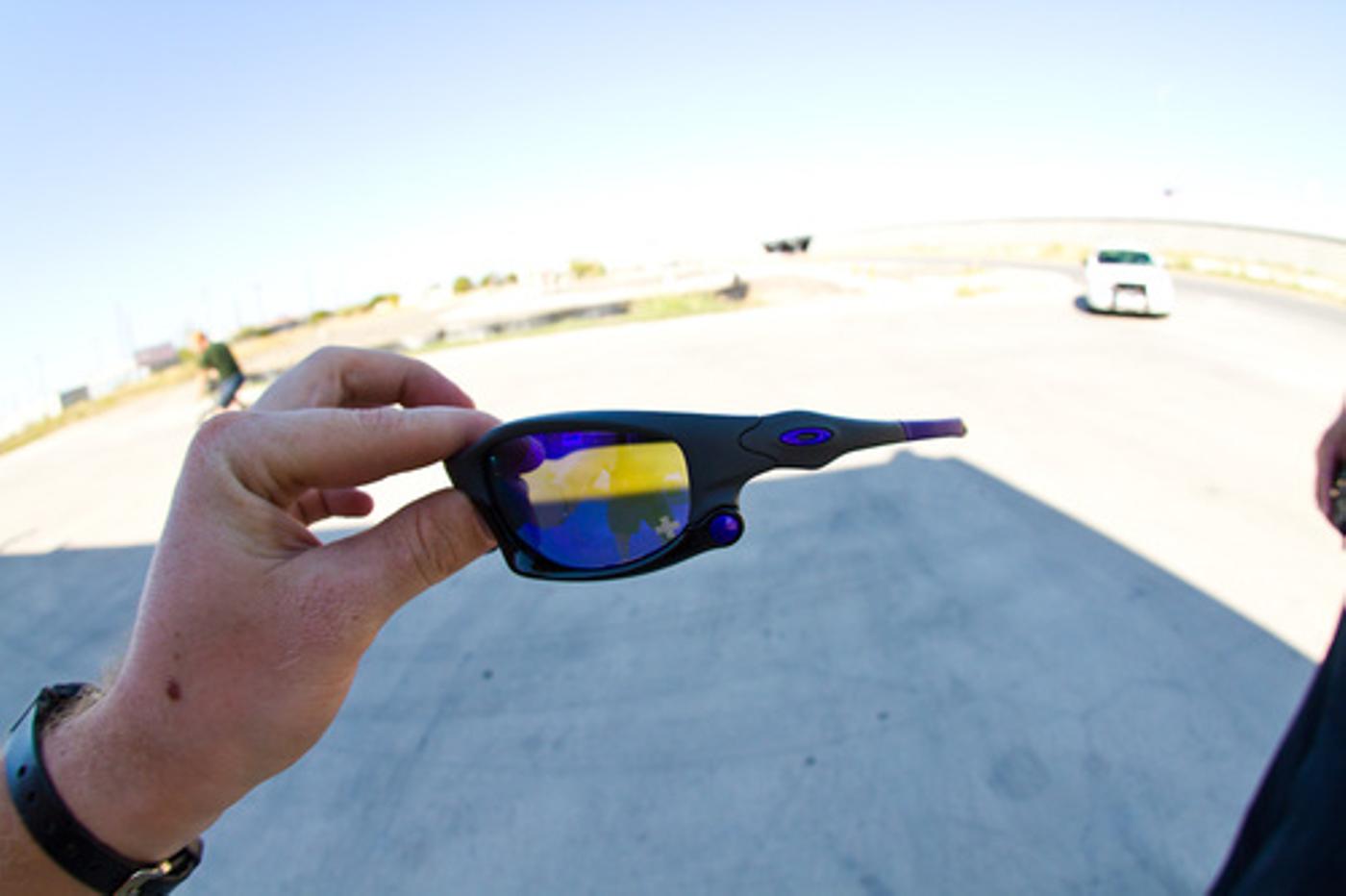 Until the a cop kicked us out. He was nice so I took a photo of his glasses. From there, we hit a few more spots, where I shot video instead of photos and finally, we ended up in the river. 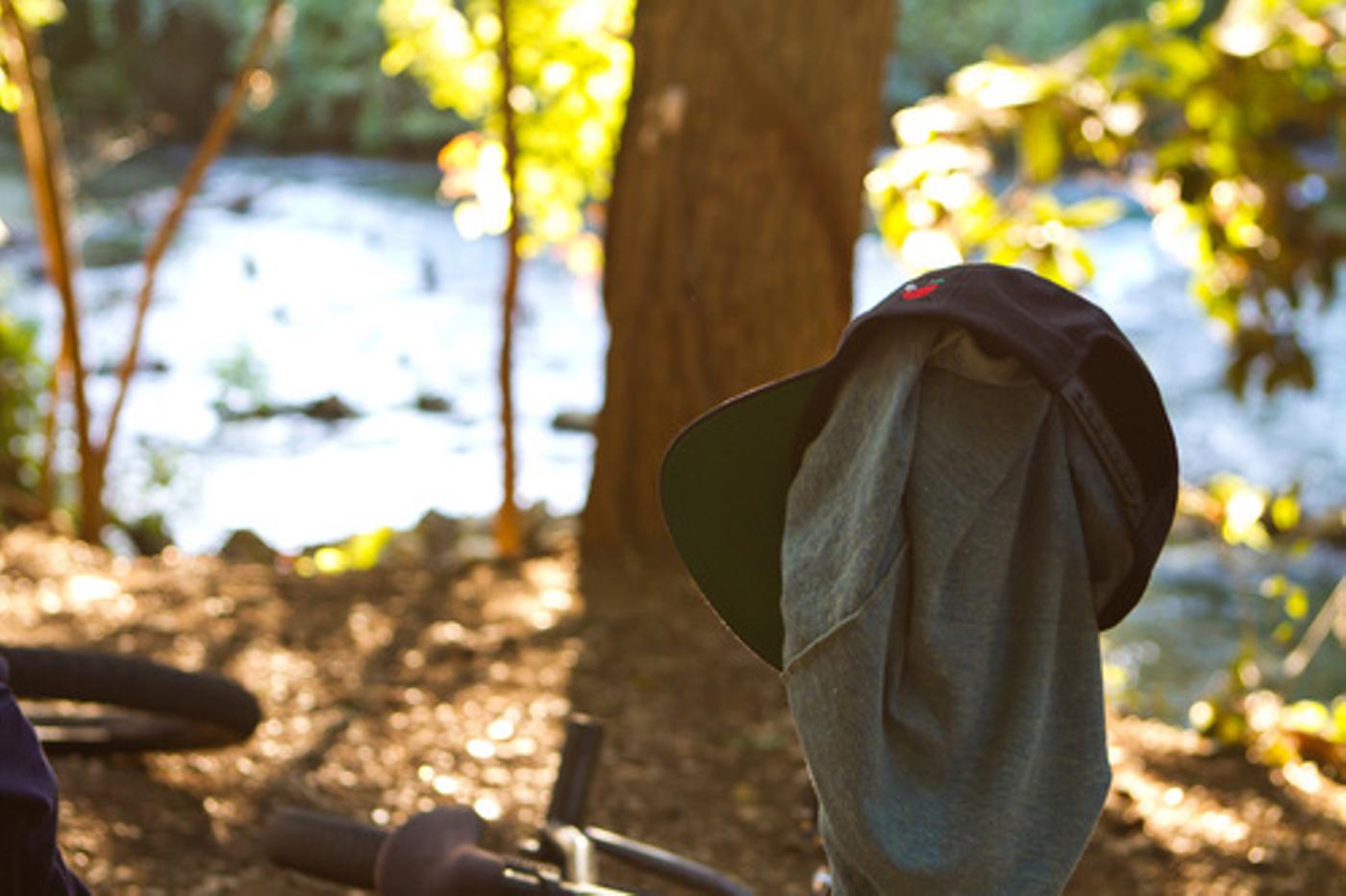 The sun was going down, as was the temperature but the water felt great. 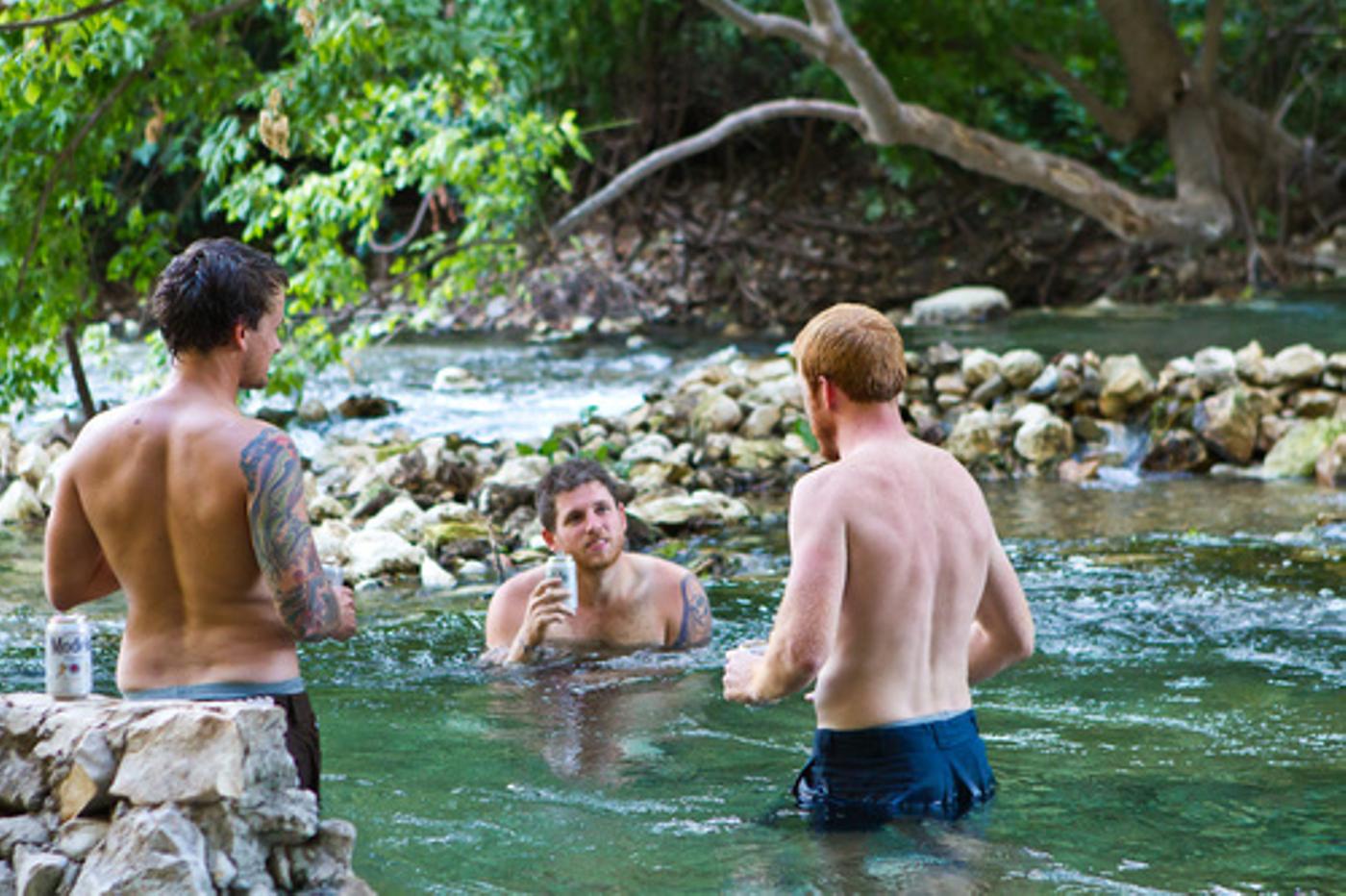 We drank a case of Modelo and got the bright idea to river jump the P-Fix. 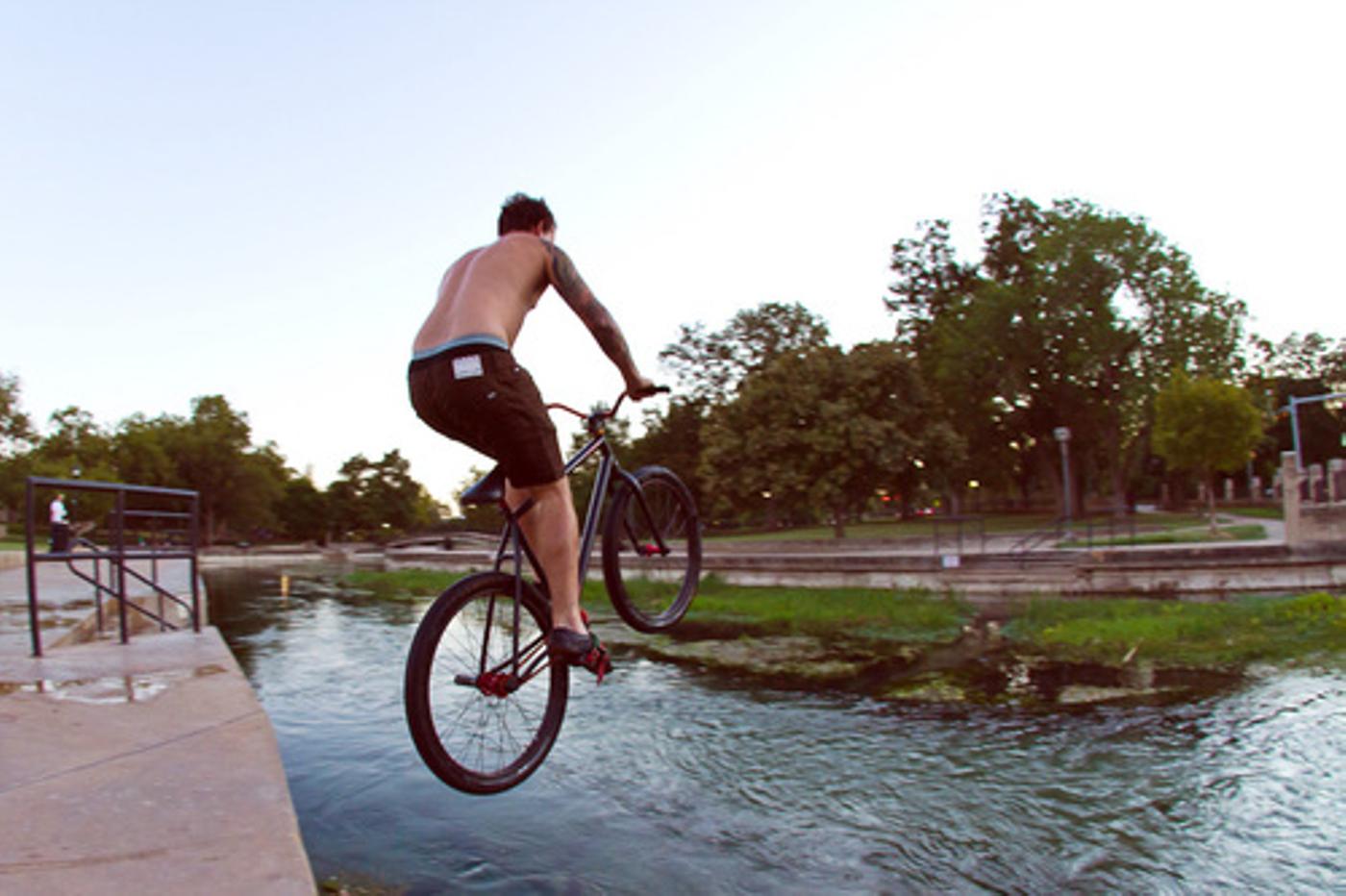 After a few test runs, the guys started to 360 and 180 into the river. The video footage is too much fun! 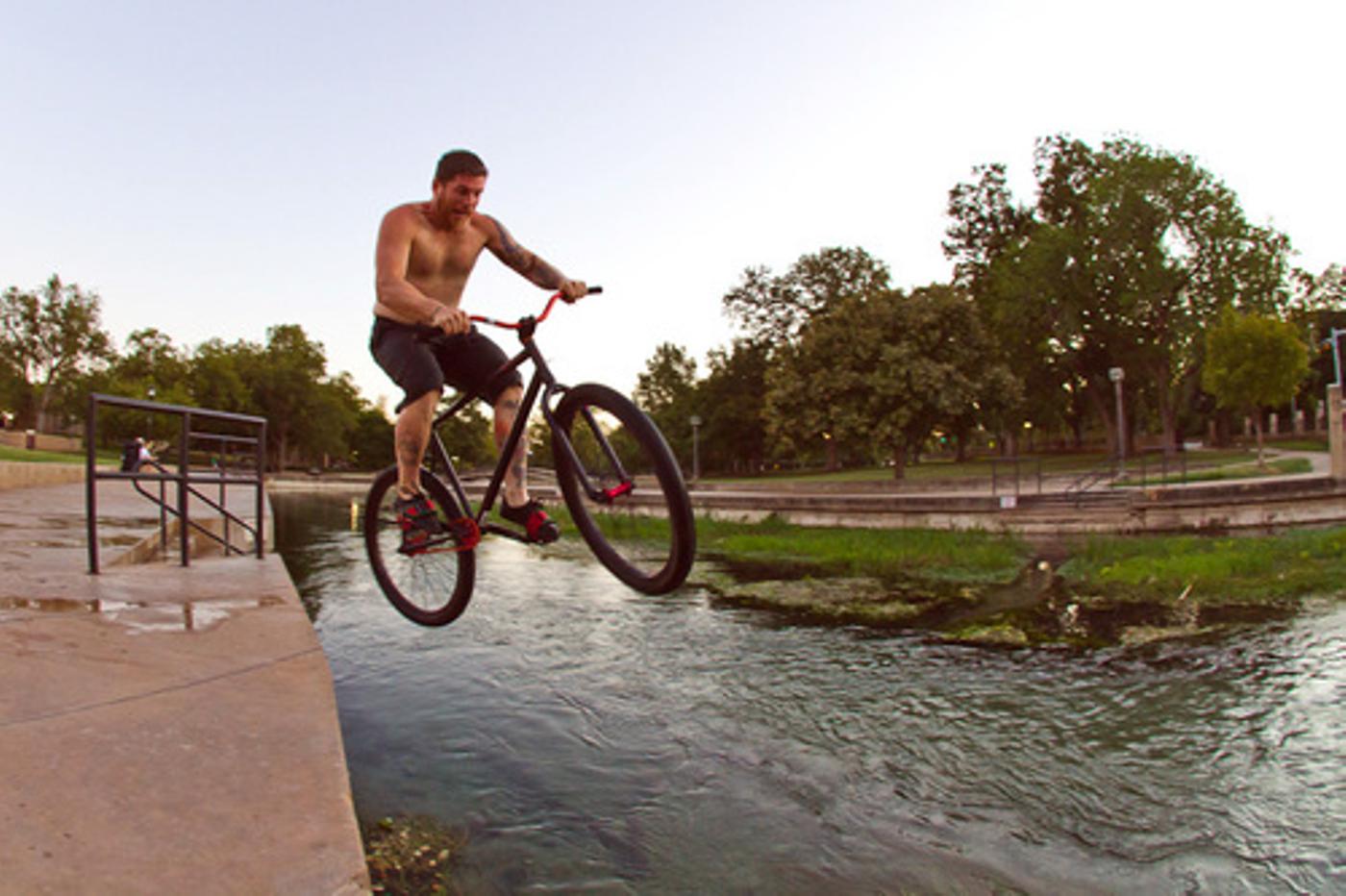 So good! Don’t worry, I frame-savered this bad boy when it came in and we took it apart to let it drain last night. No throttle grip! Expect video soon and if you’re in town for the NACCC in a few weeks, we can promise this much fun!