With the temperatures in the 90’s today, all of the city was soaking with sweat. Still though, with the heat comes energy and sometimes animals perish for the humor of others. Yeah, so that was a bit cheesy for an intro, but it’s true. Today I went back to East River Tattoo to get my anchor finished up by Duke Riley. Recently, he installed this glass case with synthetic scrimshaw on display. East River’s got that turn-of-the-century vibe to it with books lining the shelves and various artifacts. I’ve shown them before and each time I go back, there are new additions. Some are a bit grotesque. … but carry a message. Outside, there was a disco tall-bike parked. I’ve seen it before but never photographed the skull on the front. Wickedly-cool right? From there, I headed into the city to attend the Alite and Outlier open house at EMS. Here’s the Bike to the Beach Bag. 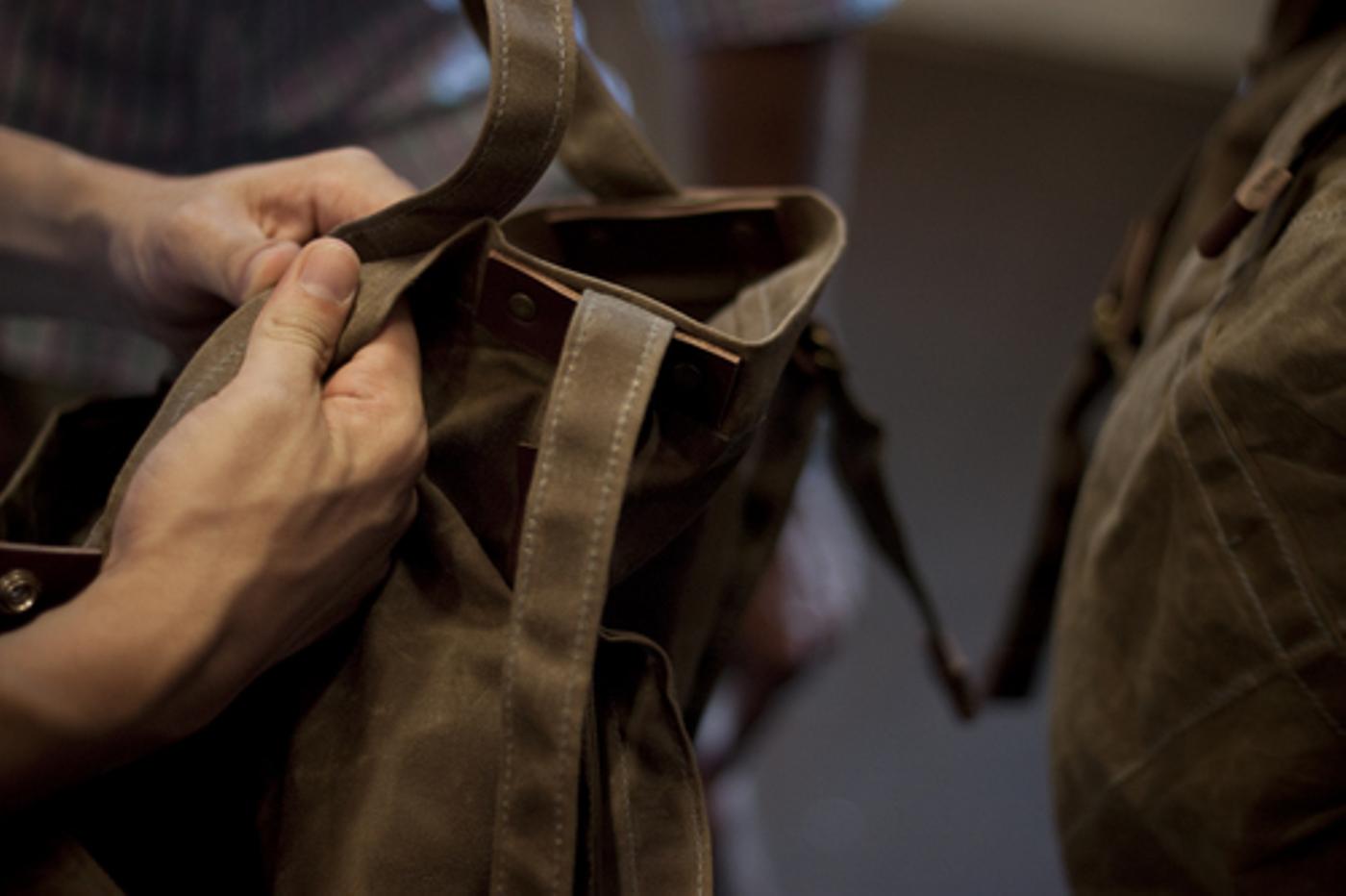 That one lucky person won in a raffle. To say I’m jealous is an understatement! Later, we all went for drinks in the city and tried to cool off from the heat emitted from the thermal mass of the concrete jungle. Tomorrow’s gonna be a real scorcher! Be sure you keep hydrated NYC.