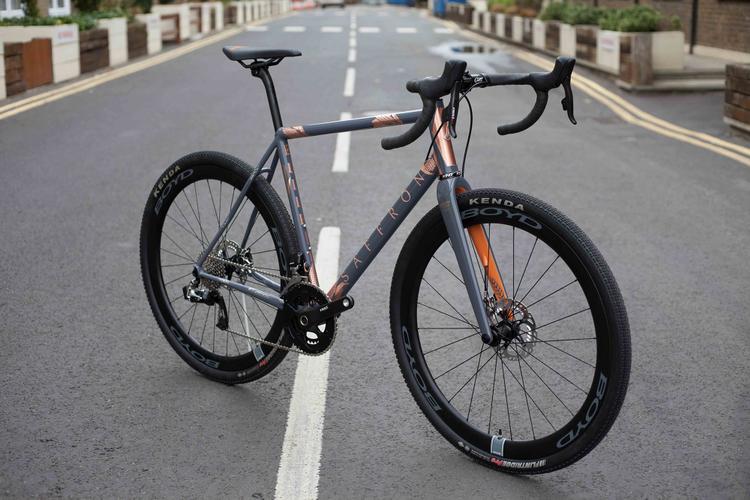 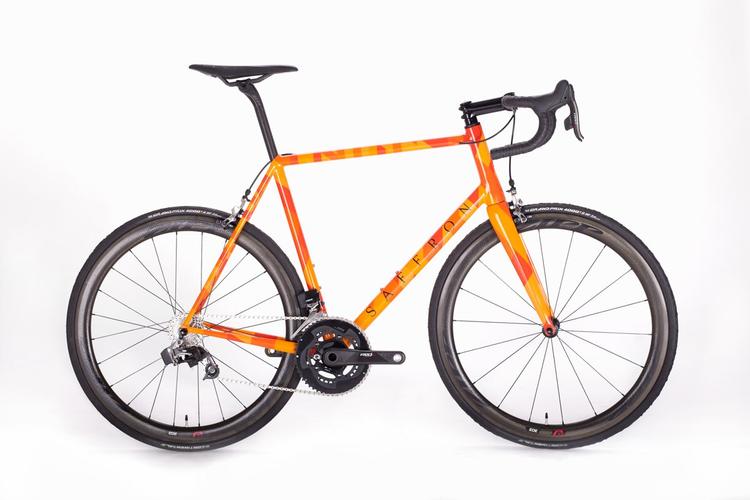 These days, it’s almost impossible to keep up with the worldwide framebuilding community’s recent works, but sometimes a bike build comes across my radar and I have to promptly share it. The newest from Saffron Frameworks is Danny’s road bike. It was built from a mix of Columbus Spirit, HSS, and Life tubing, with a Futura fork that allows for a 28mm tire clearance.

While the bike’s stance is on-par with the excellence that comes from Saffron, the paint design is something else. It’s inspired by Bridget Riley, the foremost exponents of optical art and was perfectly executed by Cole Coating. See more at the Saffron Frameworks Twiter. 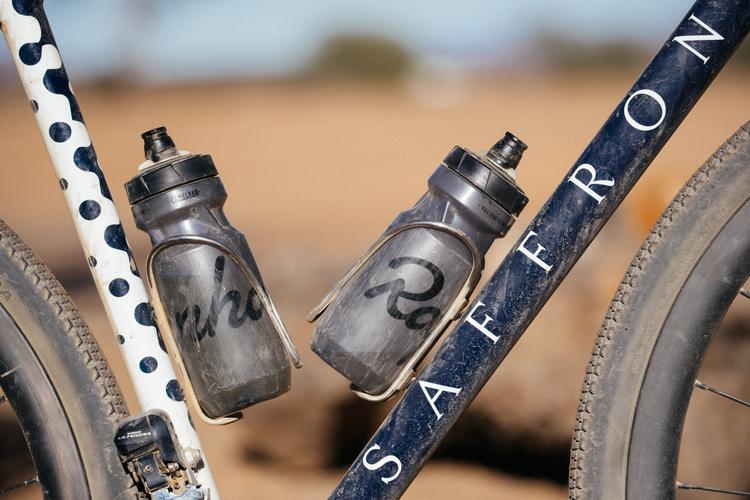 One of the highlights of trips like this is bumping into people whose work you’ve admired and being able to see the fruits of their labor in person. For me, finally meeting Matthew of Saffron Frameworks at the Karoobaix was one of these moments. Matthew’s work is clean, precise and artful, as embodied in this disc all road bike, built especially for the Karoobaix.

Bespoked brings us yet another UK framebuilder profile with Saffron Frameworks. I particularly like this series because it gives you an inside look into the minds of custom frame builders and when it comes to UK companies, I rarely get that glimpse.

I absolutely love frame builder profile videos, especially when they’re of shops I’ve never visited. This one features Matthew Sowter of Saffron Frameworks out of London.

We’re used to seeing Japanese artist Ko Masuda’s work engraved on classic Nitto components, so when this Saffron frameworks road with modern Campagnolo came across our inbox, it piqued our interest… Check out more of this extremely custom bike at the Ko Masuda portfolio site!

This was too good to just tack onto the previous entry!

Head over to Kinoko Cycle’s Blog for more!