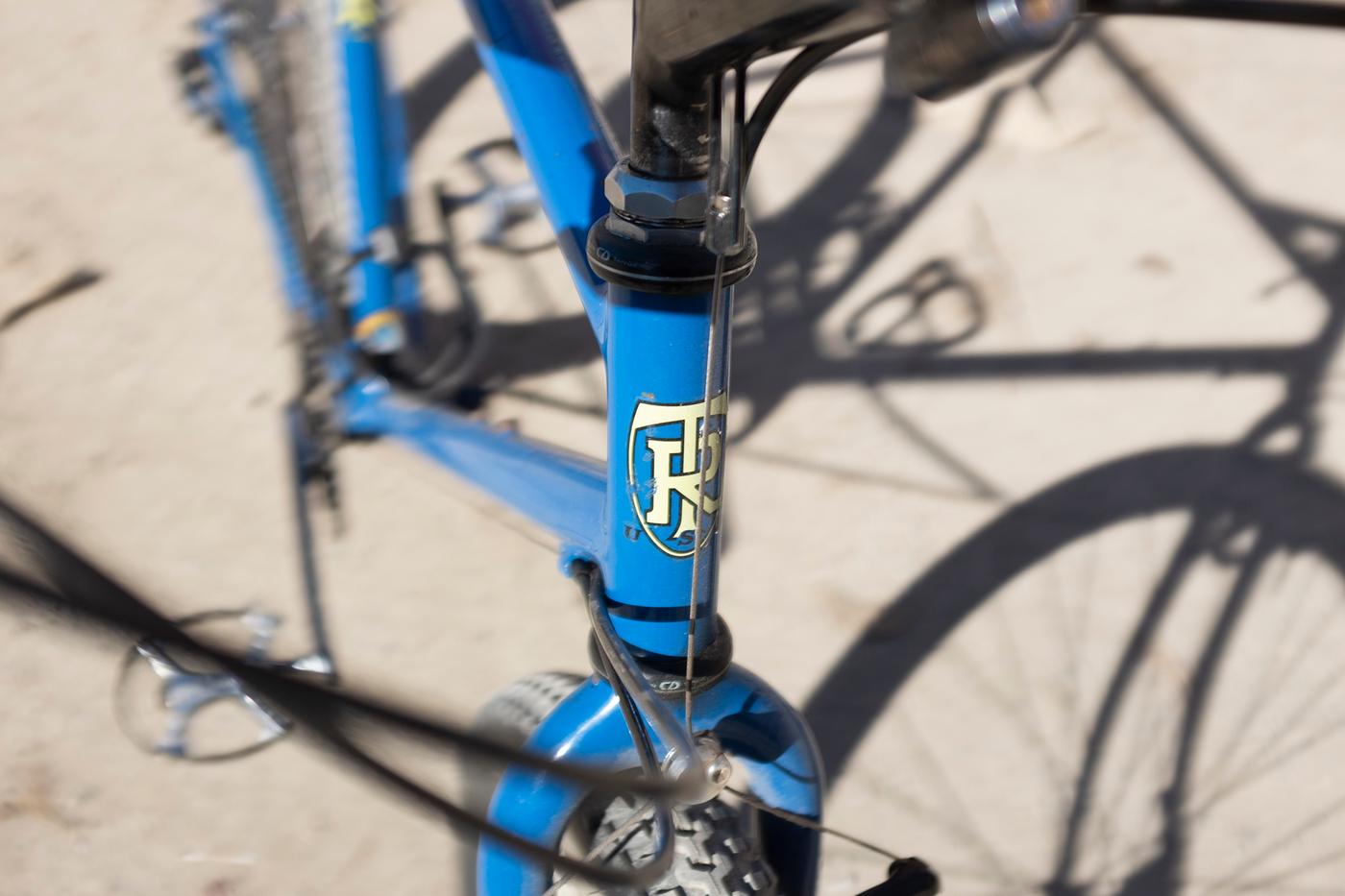 I spotted this bike in the rearview mirror while pulling out of the parking lot of my apartment. My neighbor was walking it out to the street to go for what I assumed was a grocery run (he had a cool little trailer attached). My interest peaked when I saw it was an old mountain bike, but I was even more excited as I got closer and realized it was a Ritchey. So I got out of my car and struck up a conversation. My neighbor explained that the bike had been sitting outside for a while, and he was taking it on a test ride to see if it was in good enough shape for his daughter to bring to Burning Man. Our conversation ended with me letting him know I’d likely buy it from him, if it didn’t work out for his daughter. 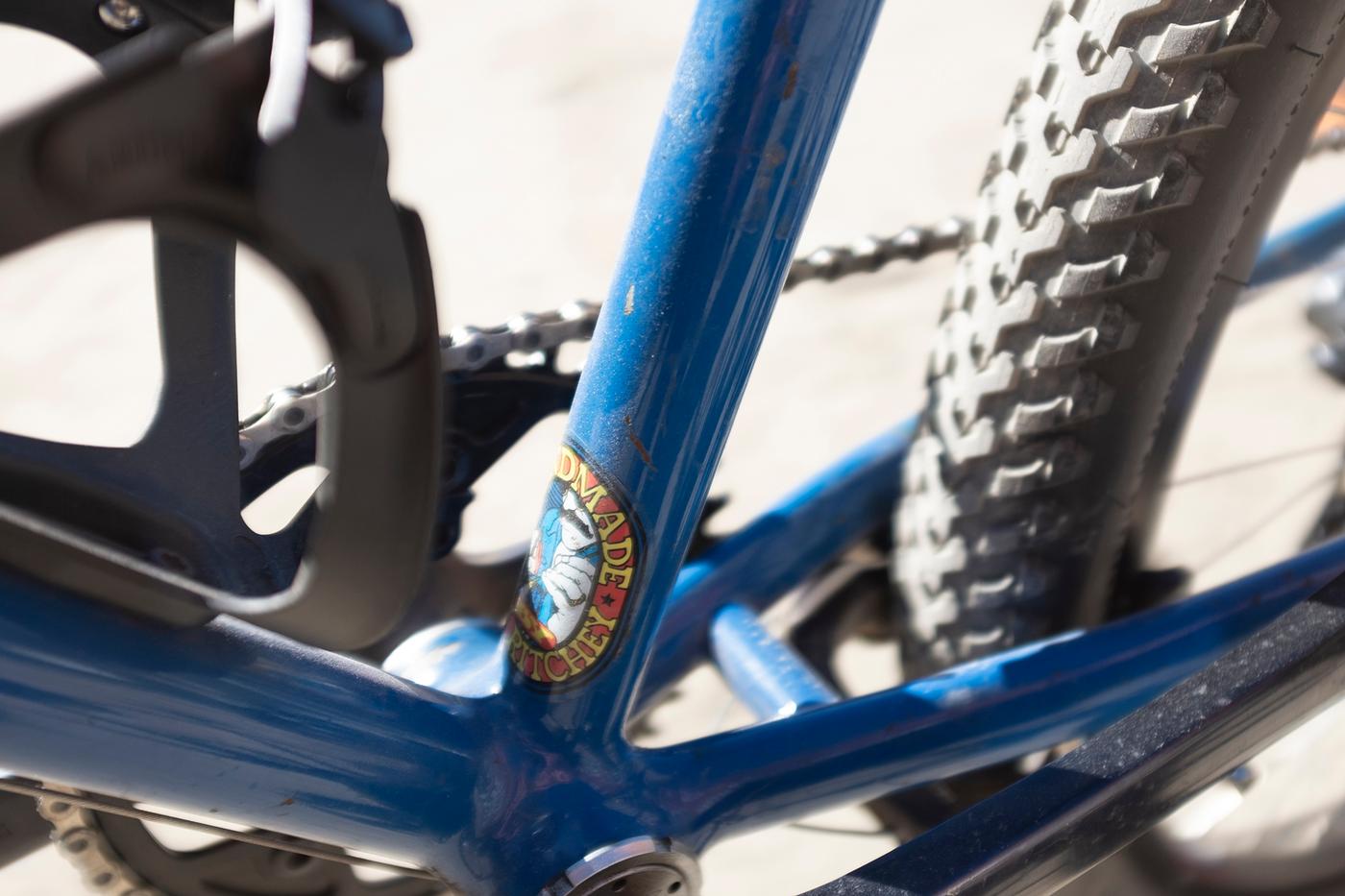 Three months later, I crossed paths with my neighbor again and he asked me if I was still interested in the bike. He said, “Burning Man isn’t happening this year because of Coronavirus, and I saw the way your eyes lit up when we talked last time. You should see if the bike fits you, and if it does, you should have it.” When he brought out the bike, I started to notice some things I had missed the first time around. The first being that the frame is fillet brazed. Which would indicate the bike was built by Tom Ritchey himself! The second thing I noticed was how dirty the bike was (it had been stored under an outdoor awning for probably 25 years). Third, it had some kind of automatic shifting system attached to the drivetrain (apparently my neighbor’s friend was trying to patent this technology at some point, but it never caught on). 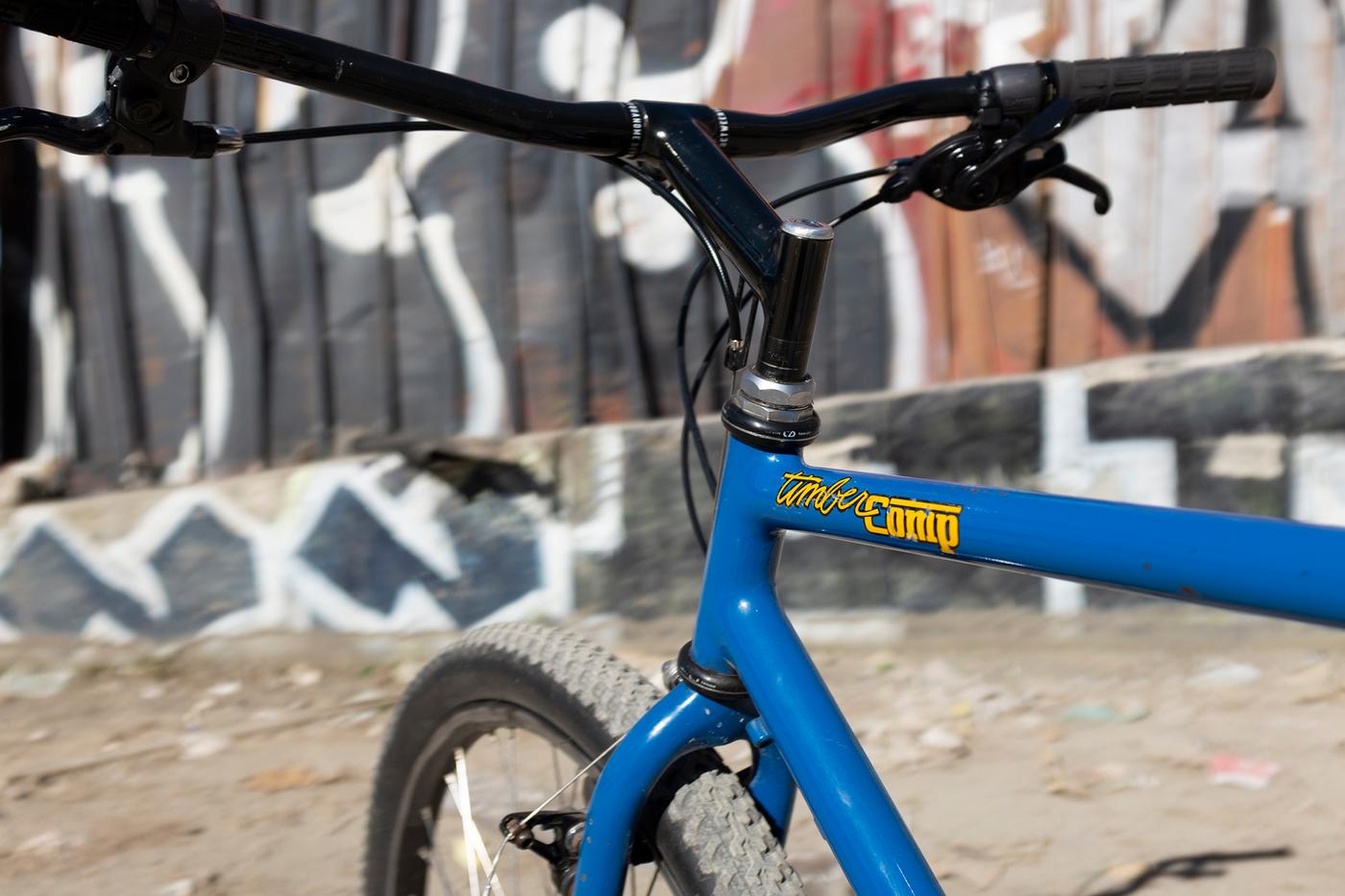 Right away, I knew I wanted to keep some, if not most of the existing components. So I stripped the bike down to the frame, disentangled plant matter from various parts, scrubbed off as much dirt and grime as I could, and started to figure out what was salvageable. Unfortunately, the original Ritchey Force bars had been chopped to about 15”, so they’d need to be replaced. The tires, saddle, grips, pedals, brake pads, cable, housing, and chain would also get replaced. I know a lot of folks will probably cringe when they see some of the modern components I’ve used to outfit this bike. But finding NOS parts on eBay and forums is an endeavor better left to those who have a true attachment to the vintage aesthetic. 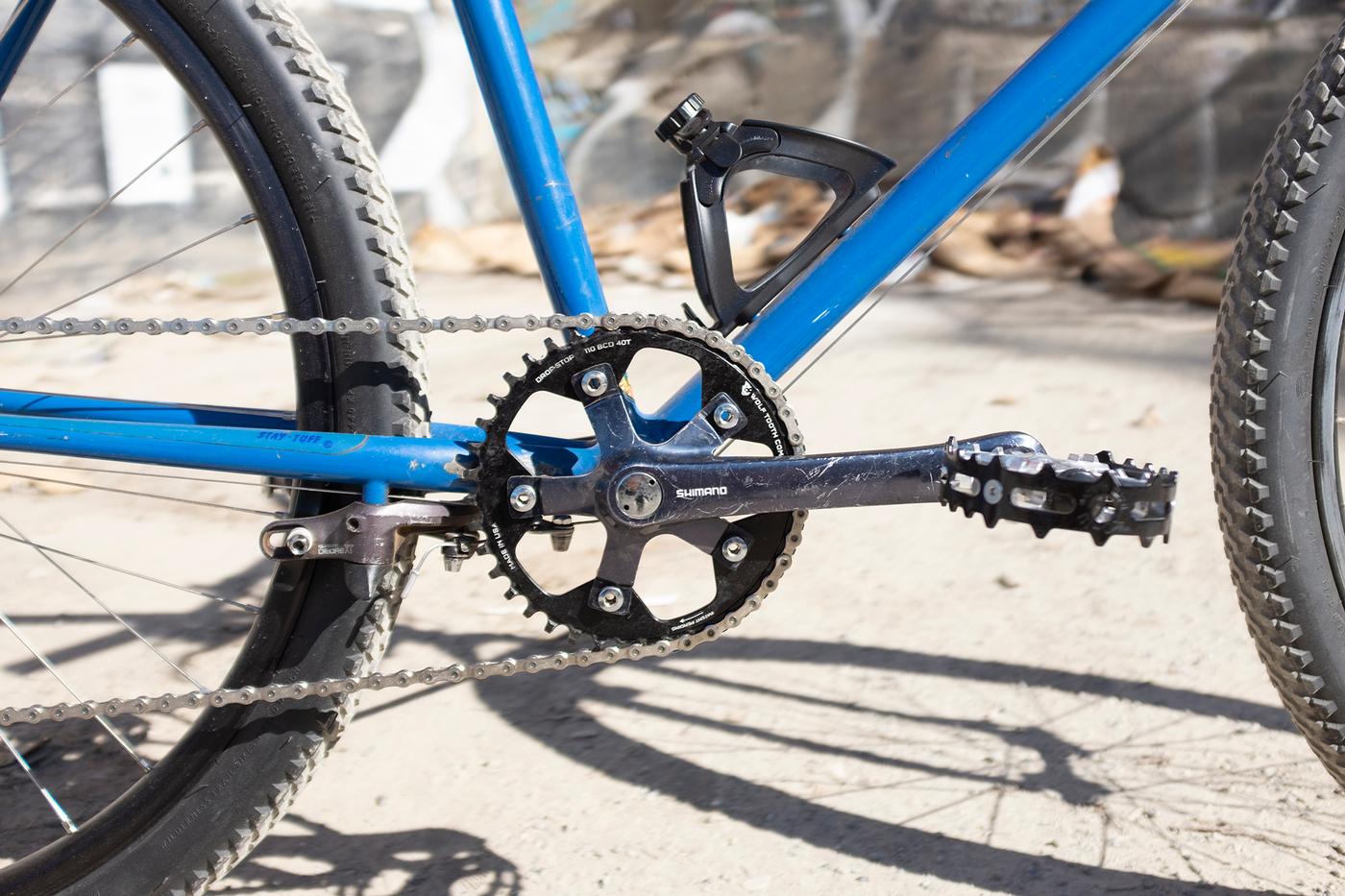 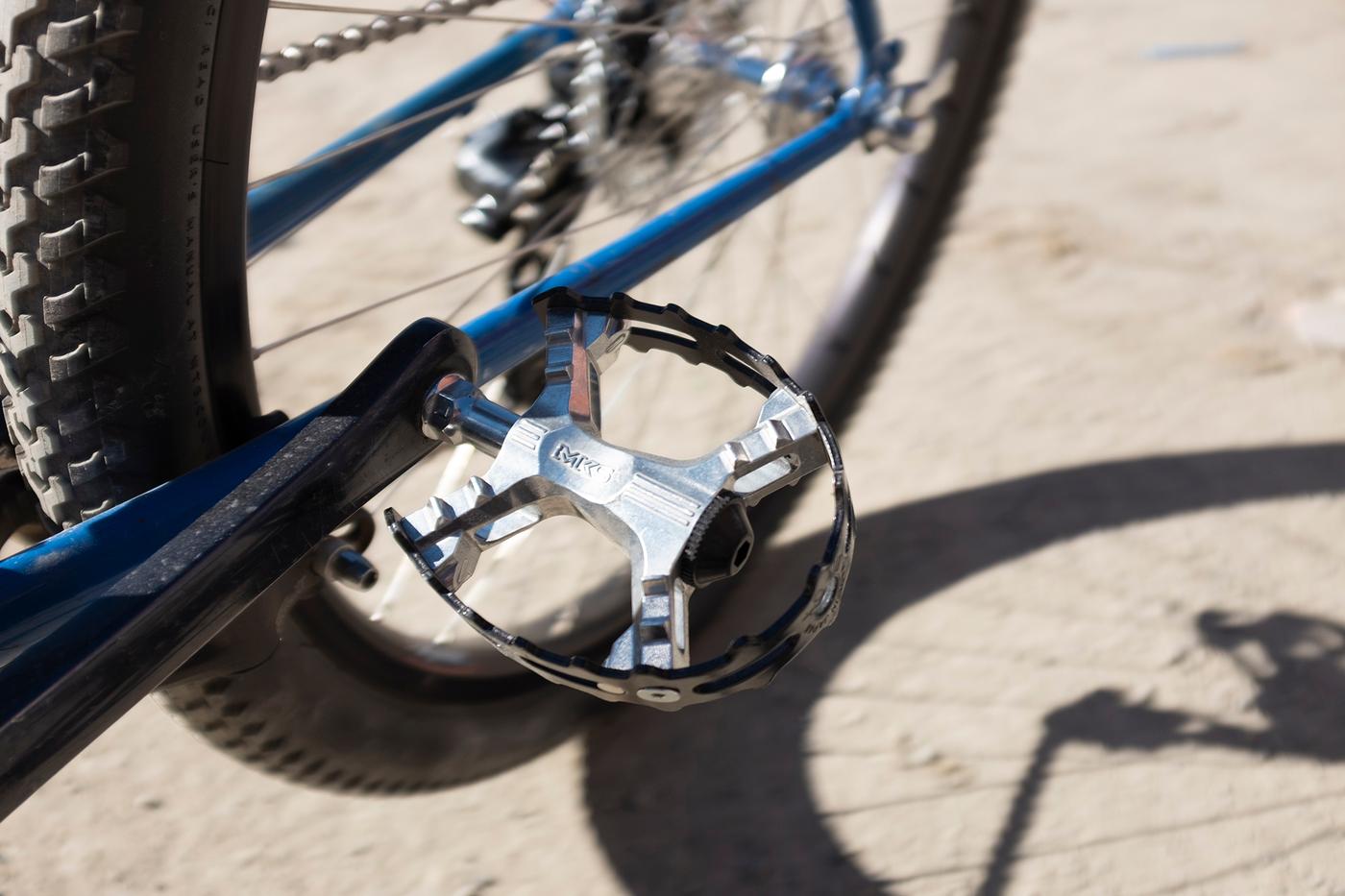 So I built the bike back up with a mix of existing parts, new parts, and stuff from my parts bin. I took it out for a loop in Marin, to experience the type of trails that had influenced its design 30+ years ago. Mill Valley to Tennessee Valley, Old Springs, Miwok, Bobcat…drivetrain problems. 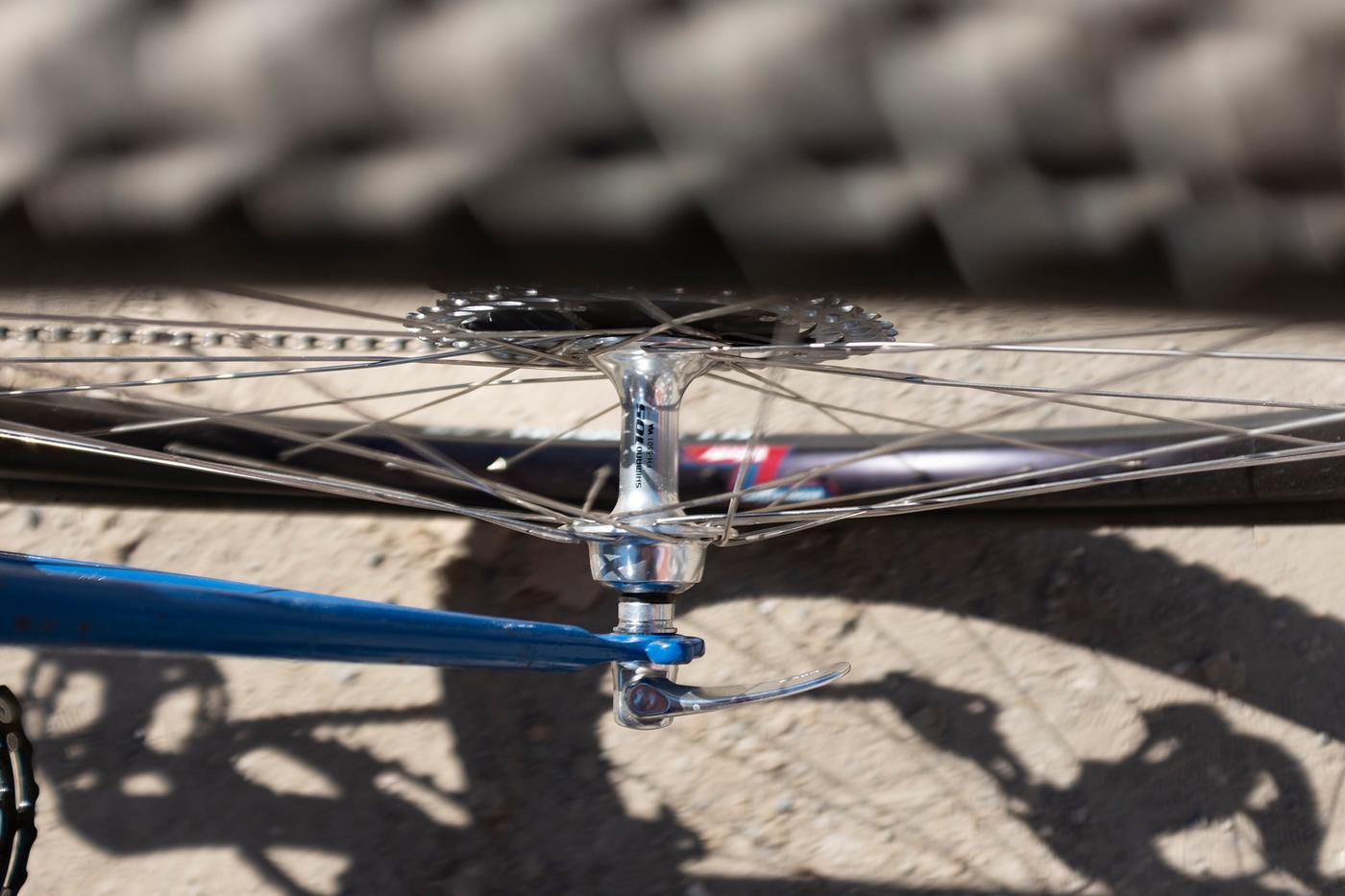 All those years of that automatic shifting mech must have worn the cassette in some strange ways. Well, it turns out the original hub only accepts a Uniglide cassette. So my options were, find a NOS Uniglide cassette, use Sheldon Brown’s method for Hyperglide transplantation, or a new wheel. I opted to go with a new wheel, to allow for a 10 speed drivetrain upgrade. I found a NOS Shimano 105 130 OLD hubset on eBay (I debated cold setting the frame to 135mm, but decided against it), and waited for Velocity to restock some rims. Cosmic Cycles in Oakland built up the wheel and gave a lot of great advice on avoiding pitfalls in retro-modern builds. Sram GX to take care of shifting, Wolf Tooth Chainring from the parts bin, new chain, and 11-36 cassette. According to feedback from vintage Ritchey aficionados online, this is a 1987 Ritchey Timber Comp. A large part of what drew me to this bike, is that I already have a 2017 Ritchey Timberwolf. There’s something incredibly satisfying about being able to experience 30 years of design evolution every time I switch between these two bikes. I know Ritchey’s aren’t the most coveted bikes out there, but there’s something about them that speaks to me whenever I see one on the road or trail. Maybe It’s the timeless aesthetic, the design ethos, the bright colorways. I’m not entirely sure. But I’m grateful to have had the opportunity to breathe some new life into this one.