It’s easy to get lost in the dreamy imagery of bike tours to exotic far-off lands. I’m always making myself feel like everything has to look like a crazy-ass skid backlight by a Kodachrome sunset at the end of the world…but let’s be real in a world of unreal imagery. 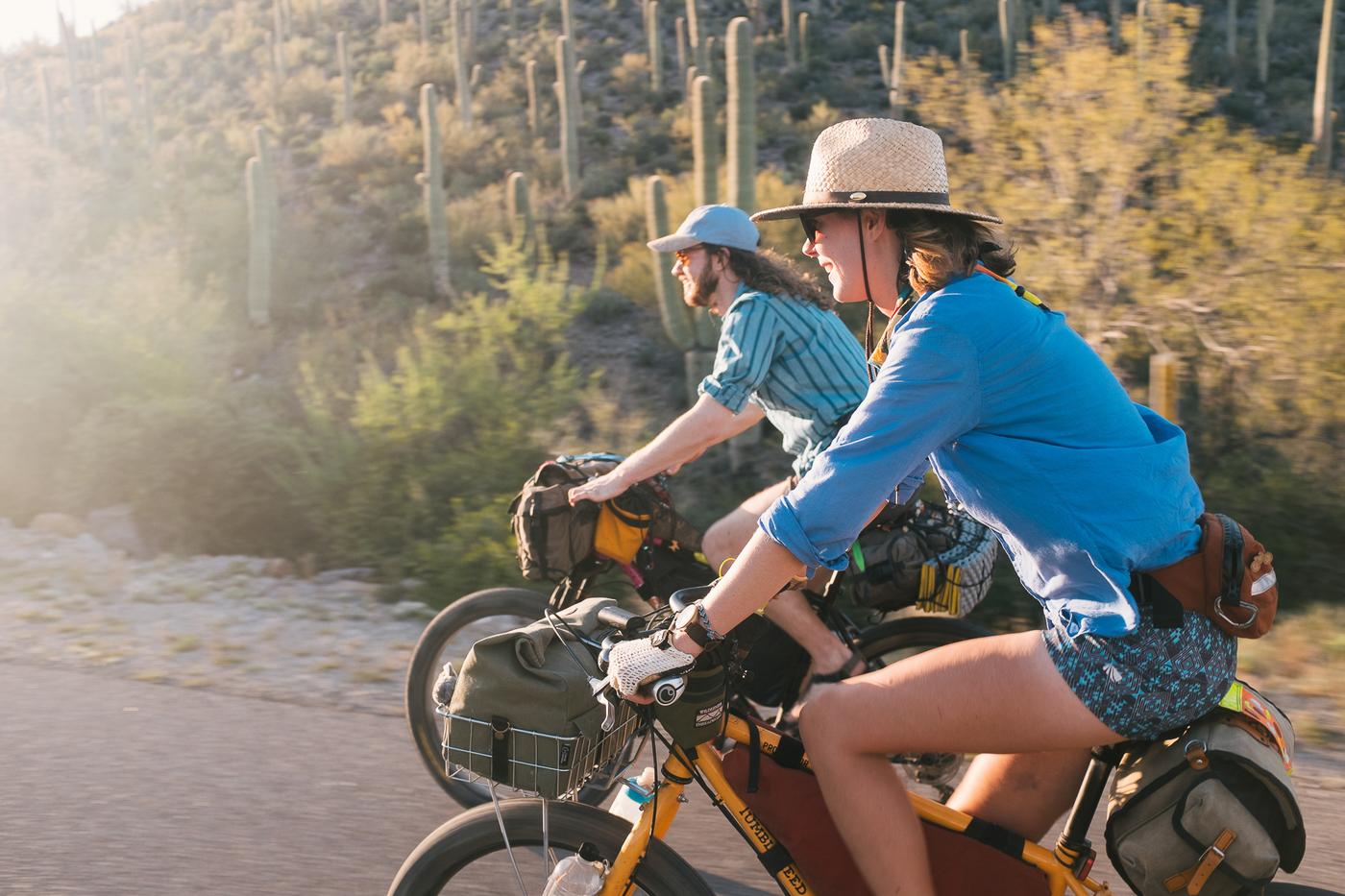 Pepper and Sam came down to Tucson to start their trip on the Sky Island Odyssey. Pepper was in from Australia after being away from the states for many years on her way up to a new job in Seattle.  Sam, running from the winter on Prince Edward Island and needed no excuse to come down and get sunburnt. Monique and I had been talking at the shop about going camping for a few weeks without any plan coming to fruition. We decided to take Pepper and Sam on a little shakedown ride into the mountains near Tucson before sending them down south on their odyssey. Colin, fresh off getting an OK from the doctor to do some light pedaling after he tore his Achilles, joined us until the route turned uphill! After a winter, unlike the desert, has seen in decades, the hills were lush and alive with wildflowers.  Sonora had put on it’s fanciest floral sundress for the out-of-towners. In total, we probably went under twenty miles during the whole trip, we left after lunch and got back for a late breakfast the next day, just perfect. Nonetheless, in such a short time we had a lovely sunset shred on unmapped singletrack, hiked our bikes up a sandy wash, kicked at least one cactus in sandals (I swear this wasn’t intended to be a Bedrock lookbook), found an exit where none was supposed to exist, and spent the better part of the evening watching some ants’ herculean effort to carry off a piece of dropped carne asada. Having some lovely humans visiting was a much needed kick-in-the-butt reminder of the beauty that is just a quick pedal out the back door. People don’t think it is like it is, but it does…