A week ago, I embarked on a journey across Highway 50 in Nevada, seeking out mountain bike trails. We’ve come to call this trip the “Nevada Highway 50 MTB Road Trip.” This is the second installment.

Say you’re heading west, or east for that matter, from or to Moab, Utah for a mountain bike trip. You look at the map and your options are pretty straightforward. Next time you’re traversing Nevada, don’t skip over Highway 50. This road was dubbed “the Loneliest Highway” but it’s anything but that for mountain bikers. Strung along this ribbon of highway are gems of towns looking to draw in mountain bikers to experience their local trails, both new and old. 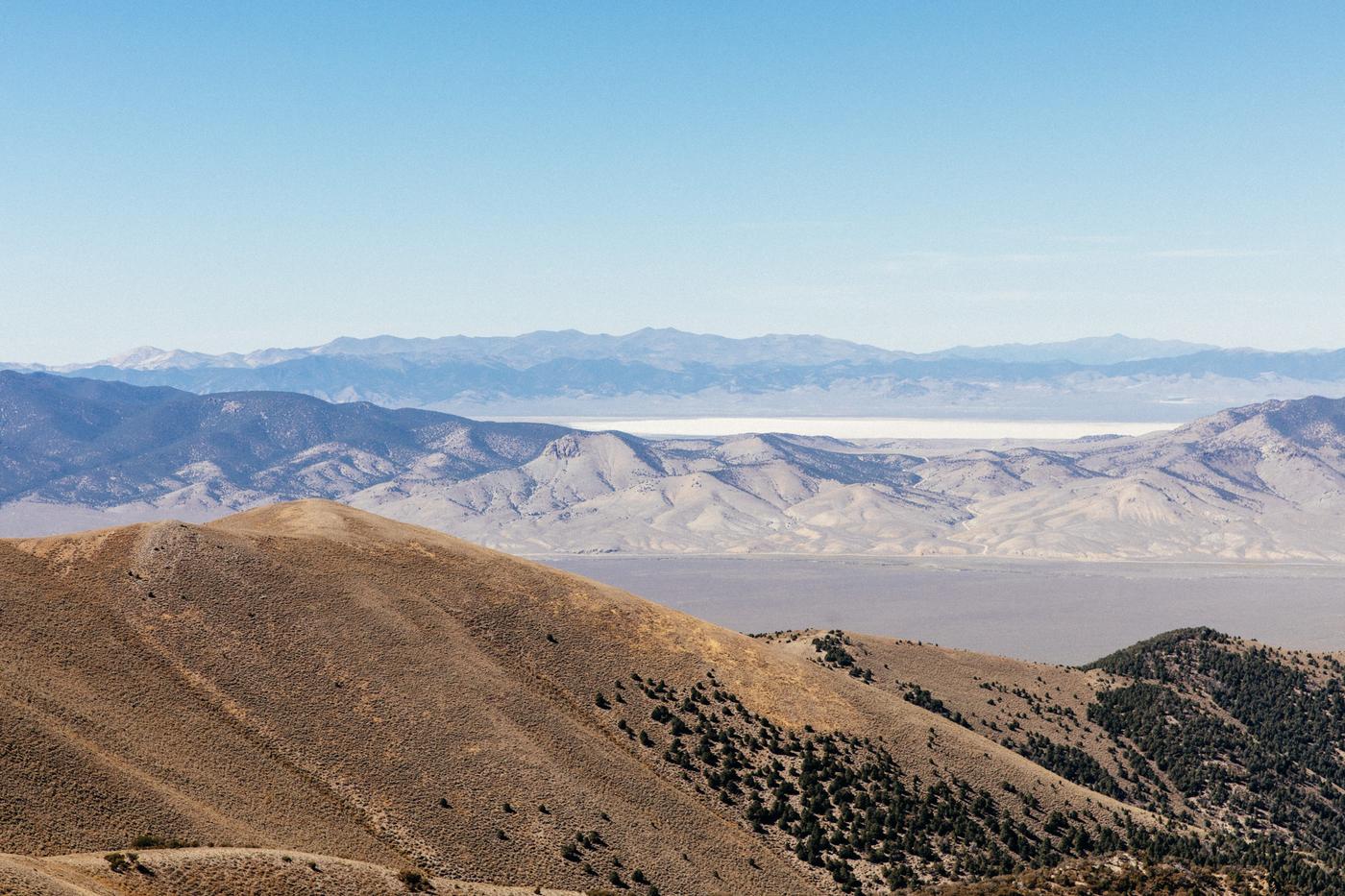 The rewards don’t stop there, however. Highway 50 snakes its way through the Basin and Range Province, a vast physiographic region covering much of Nevada. This Province is an alternating landscape of parallel mountain ranges and valleys; a traverse of this area is an ever-changing feast for the eyes. Twisting up and over mountain passes and through valleys delivers intense visuals upon each ascent and descent: ever-changing ecotones, ranging from sagebrush or creosote basins to piñon, juniper, mountain mahogany, and even aspen groves on the ranges. While many people might say “there’s nothing in the desert,” they’re not really paying attention. 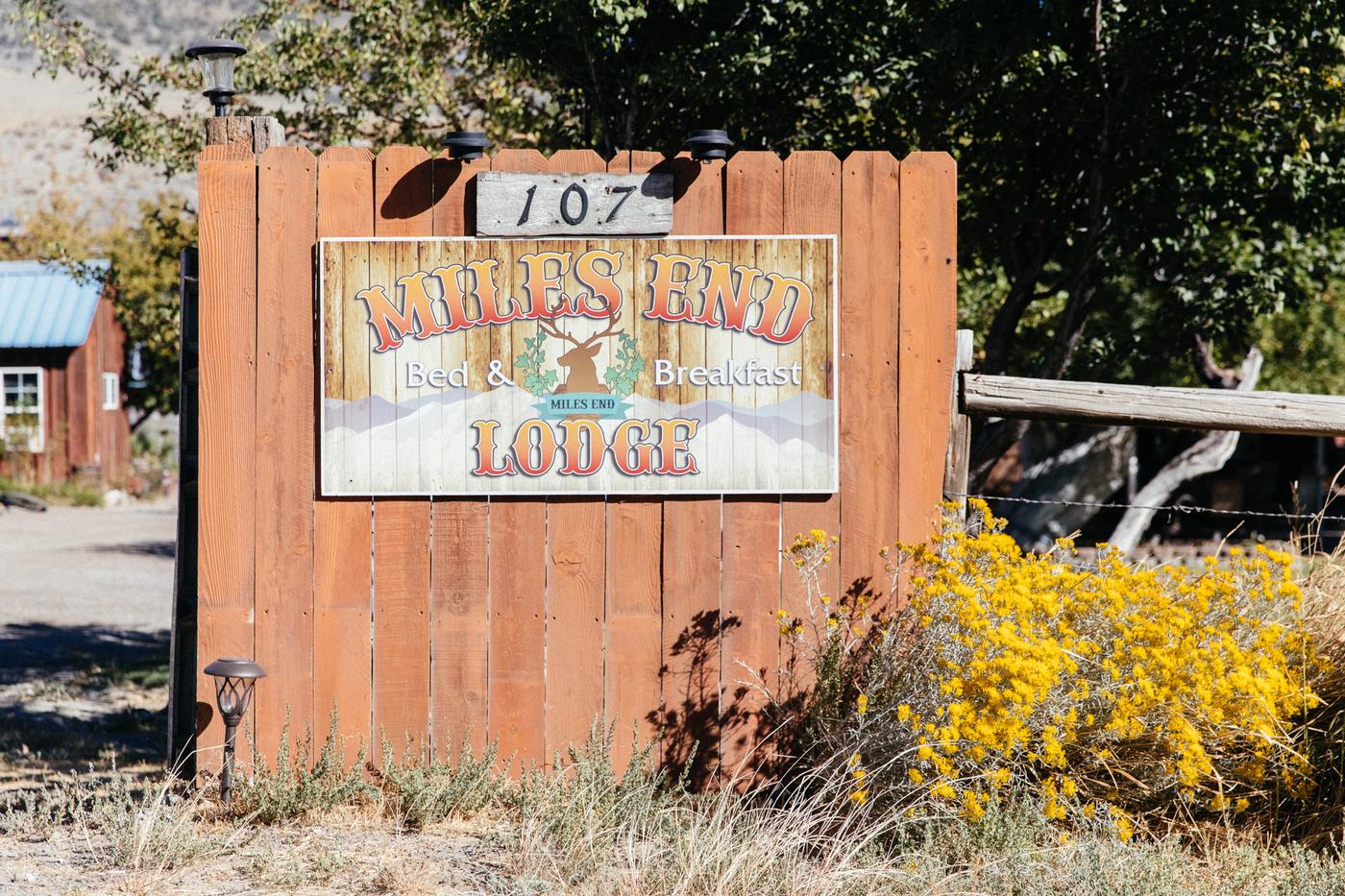 Located just over three hours from Reno, Nevada is the community of Kingston, nestled in the Humboldt-Toiyabe National Forest, in a graben between two ranges. Kingston is an outpost more than a city or a town, with a population of only 115. Out of those 115 people, two own the Miles End Lodge. Chad and Candace bought the bed and breakfast a few years back, looking for a change of pace. Chad spent 18 years working underground in the gold mine in Elko and his wife, Candace, was a real estate agent.

They’re mountain people but with a vision. You see, Miles End Lodge is nestled at the base of the Toiyabe Crest Trail and over the past few months, our comrade Kurt Gensheimer, has been working with Chad on clearing the Forest Service road up to the top of the Toiyabe Crest Trail. Why? Because they both believe it will be one of the sickest shuttles west of the Missippi. Having ridden this trail, I can confirm that it is. 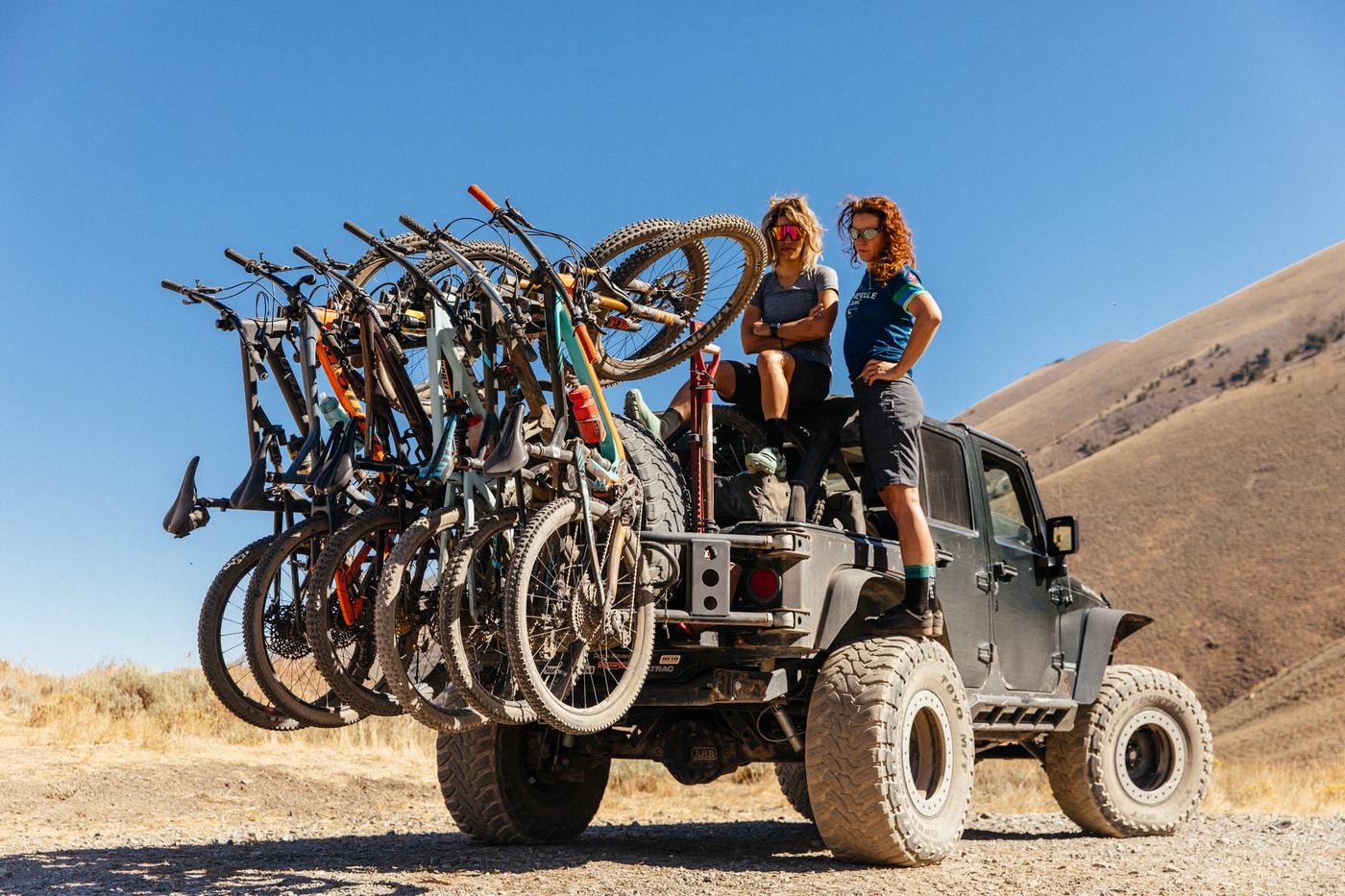 Back in the 1930s, the Civilian Conservations Corps constructed this rugged trail, which traverses the Toiyabe Mountains above the treeline. This trail undulates over crests and passes, providing vistas across the surrounding basins and ranges: the Smokey Valley, Shoshone Mountains and the Reese River Valley. Access has always been the crux for the Toiyabe Crest Trail. While it is well marked at the trailheads, a myriad of game trails intersects the already very primitive trail, making things confusing. Confusion is not an ally when a storm system is approaching, or when the sun is setting. 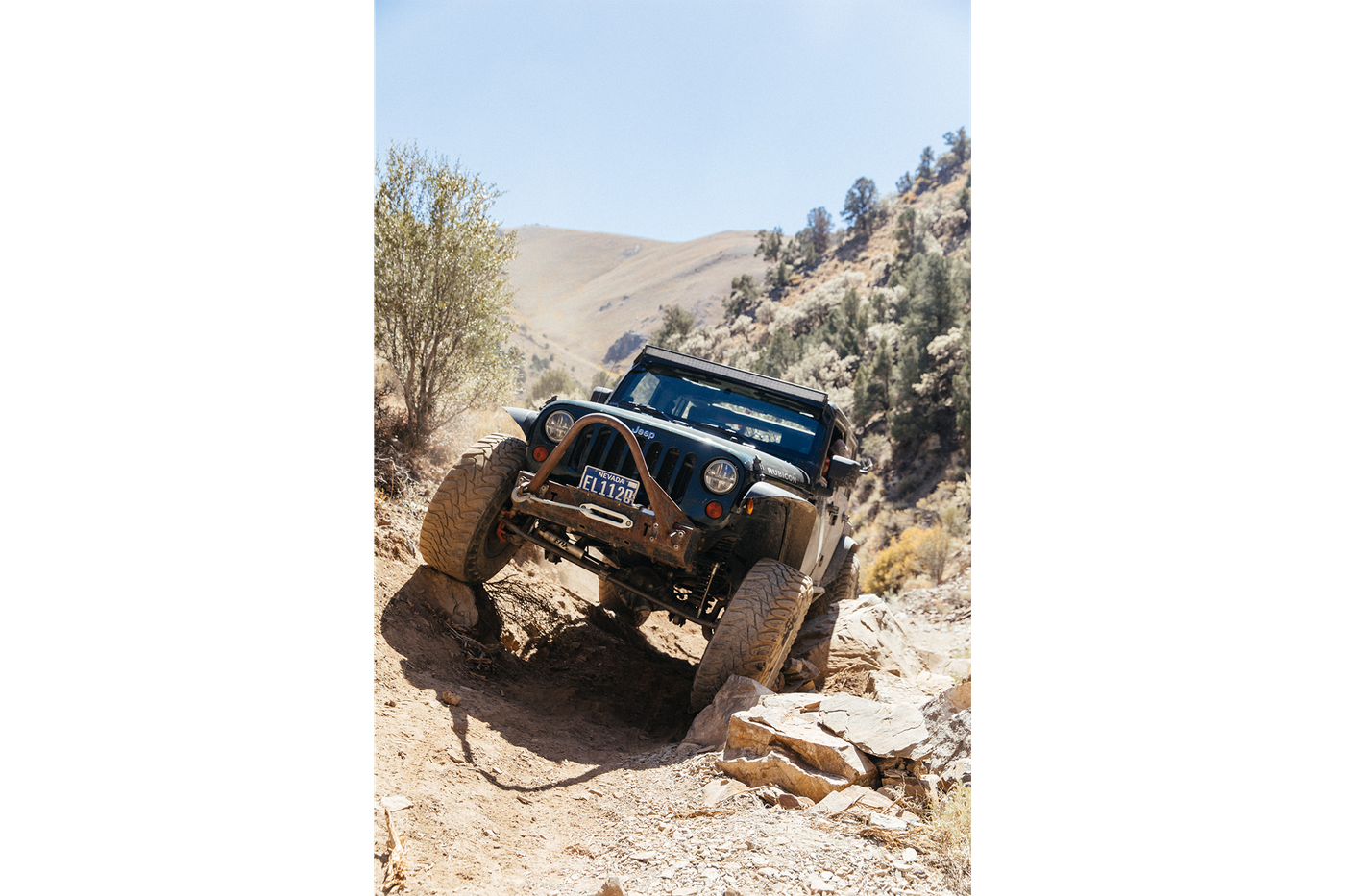 Two in our group have experienced this first hand. Yuri and his buds spent the night atop the mountain when they made a wrong turn and ran out of light. Sarah and her friends attempted to traverse the crest and ran out of time, forcing them back down the mountain. Needless to say, when Kurt expressed an interest in riding the TCT, I was a bit apprehensive. What didn’t help was when Kurt’s girlfriend said: “bring a light!”

Luckily for us, we didn’t have to climb 5,000′ to the top of the Crest because Kurt and Chad spent hours upon hours clearing the Forest Service Road. The problem is, there are three “gate keepers” on the road, keeping your average 4×4 at bay. Luckily for Chad, his articulated Rubicon can make minced meat from these rock gardens, so Kurt’s plan was to affix a North Shore Rack to the Jeep and shuttle it to the top. It was ambitious, but ya know what? It worked… 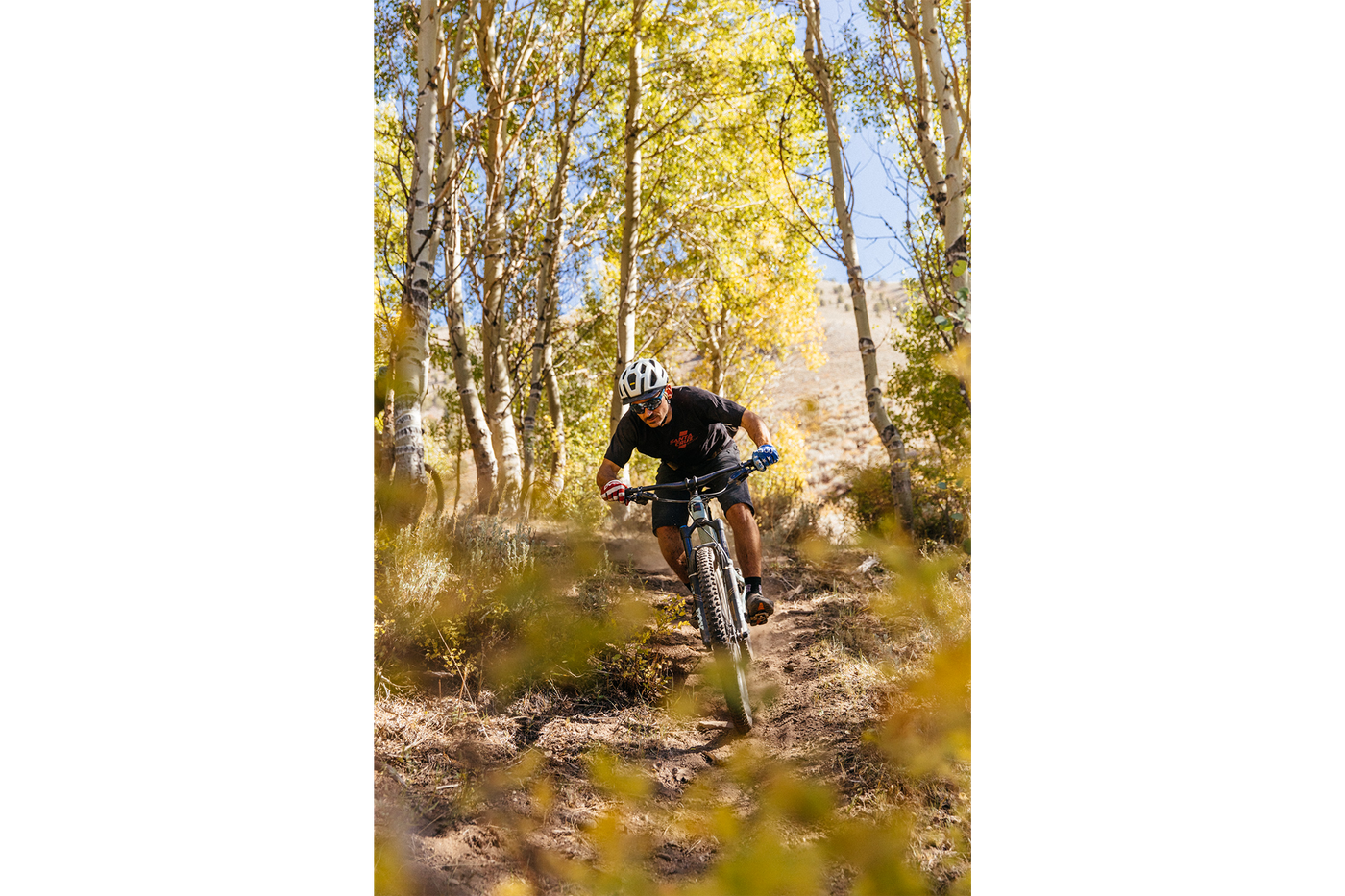 From Miles End to the Top of the TCT

Two runs. We planned on two runs up on the Crest. The first being a shuttle to the top and then down Washington Creek Trail. The second, which would hopefully happen at sunset, would be the proper TCT descent back down to town. After arriving late the previous night, we awoke to the beauty that is the Miles End Lodge, a warm breakfast, and a reminder to quickly get our shit packed into Chad and Dean’s vehicles. Dean was planning on taking his Chevy Blazer up the road as well, but an air bubble in the fuel line axed that plan, causing us to scramble a bit. Hell, at least we got some photos of that rig! 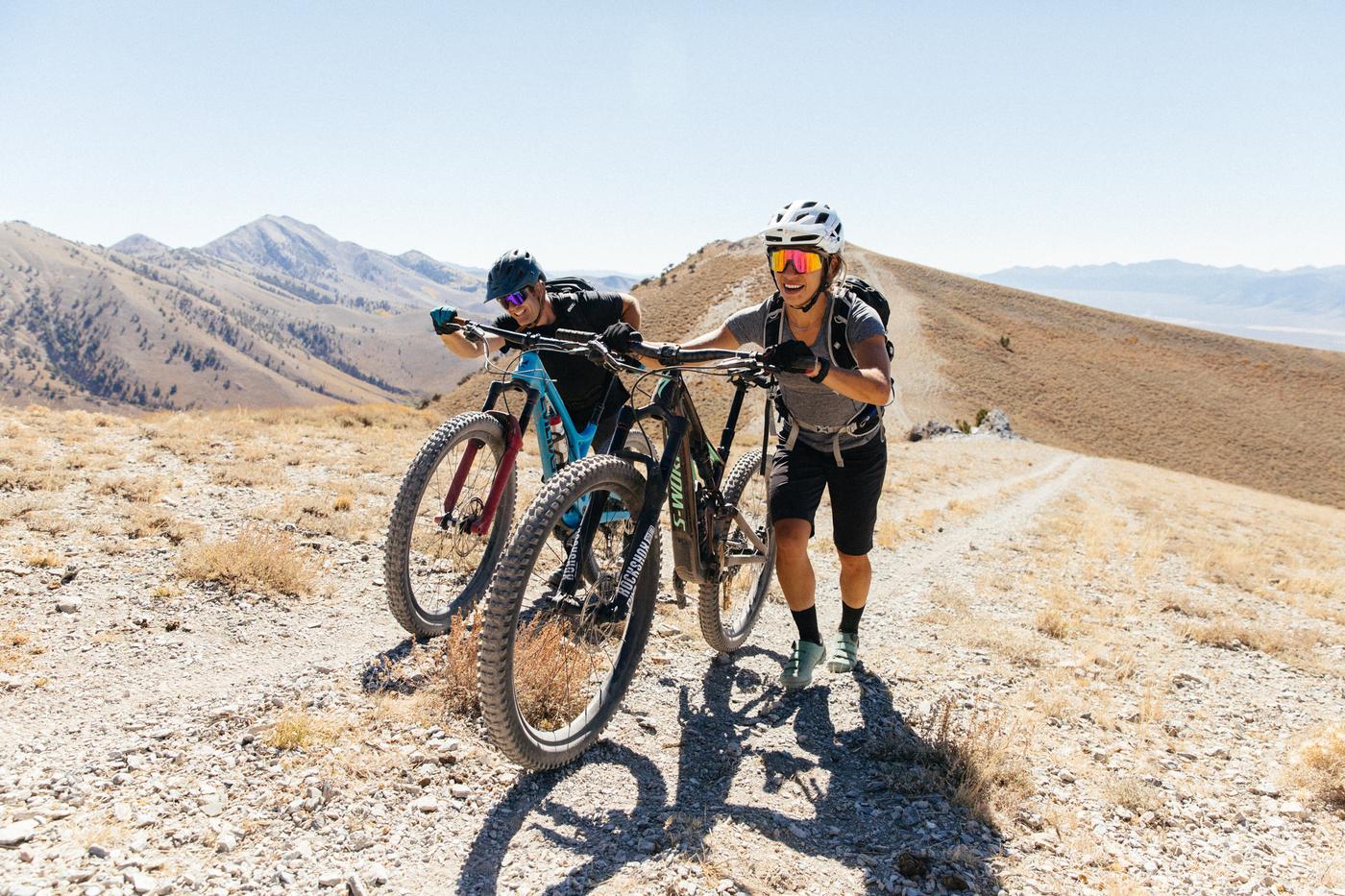 We made our way up to the TCT, passing a family in a side by side hunting birds. They would be the only people we’d see that day as we bounced along the fire road to the first gatekeeper. Chad’s Jeep snaked its way over the rocks with ease and before we knew it, we were atop the Toiyabe Crest. It took about an hour all in all, but climbing on a bike would have taken all day. At over 30 miles and 5,000′ gain, we would have been shelled! 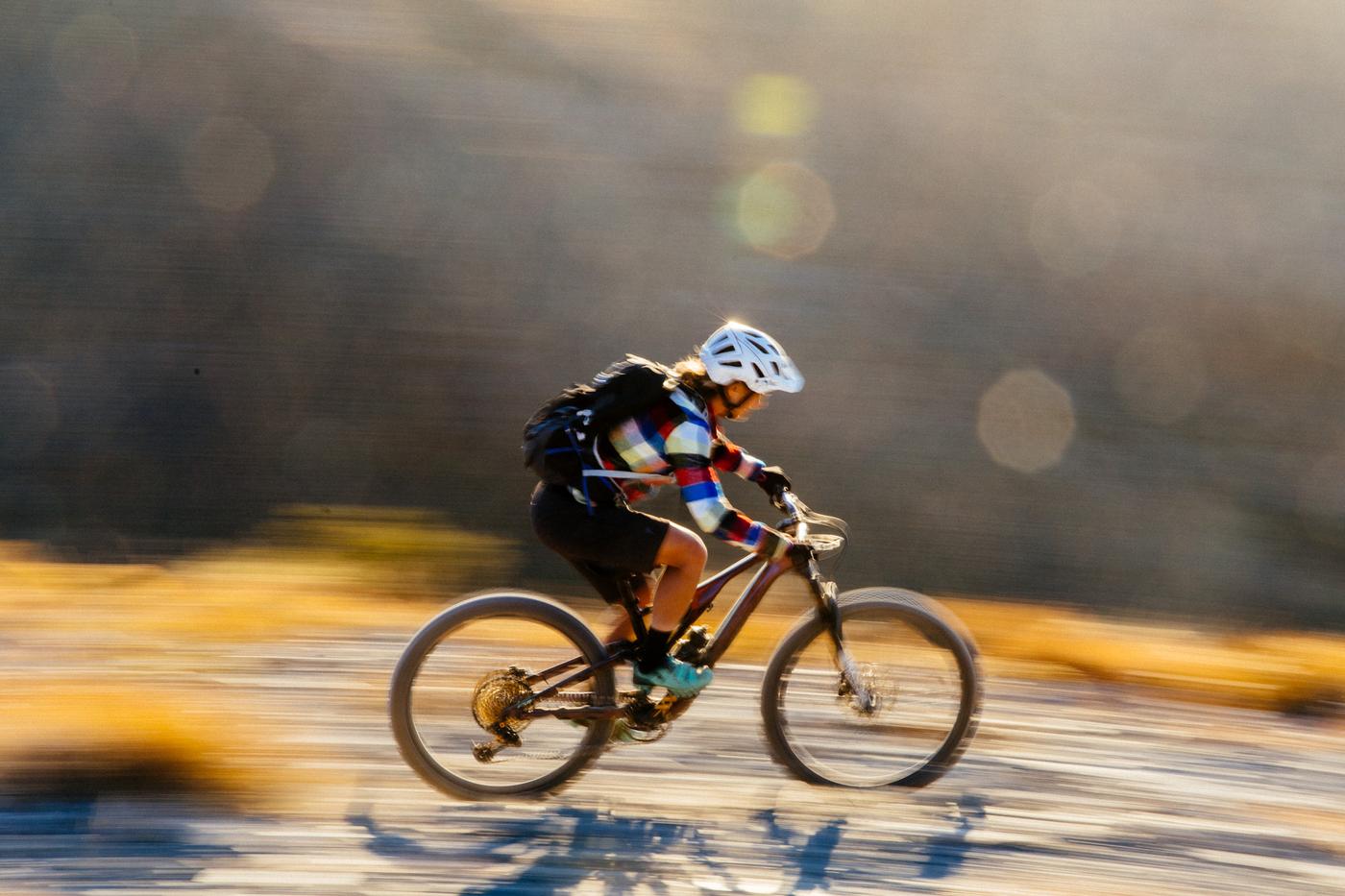 Run one went as planned, including chasing cattle off the trail in what was one of the most ridiculous experiences I’ve ever had on a MTB. Kurt strongly encouraged us to use fenders on our bikes. Not for mud, but for cow shit. Boy, was I glad I tracked one down! After lunch, we loaded the Jeep back up to take on the final ride of the day. 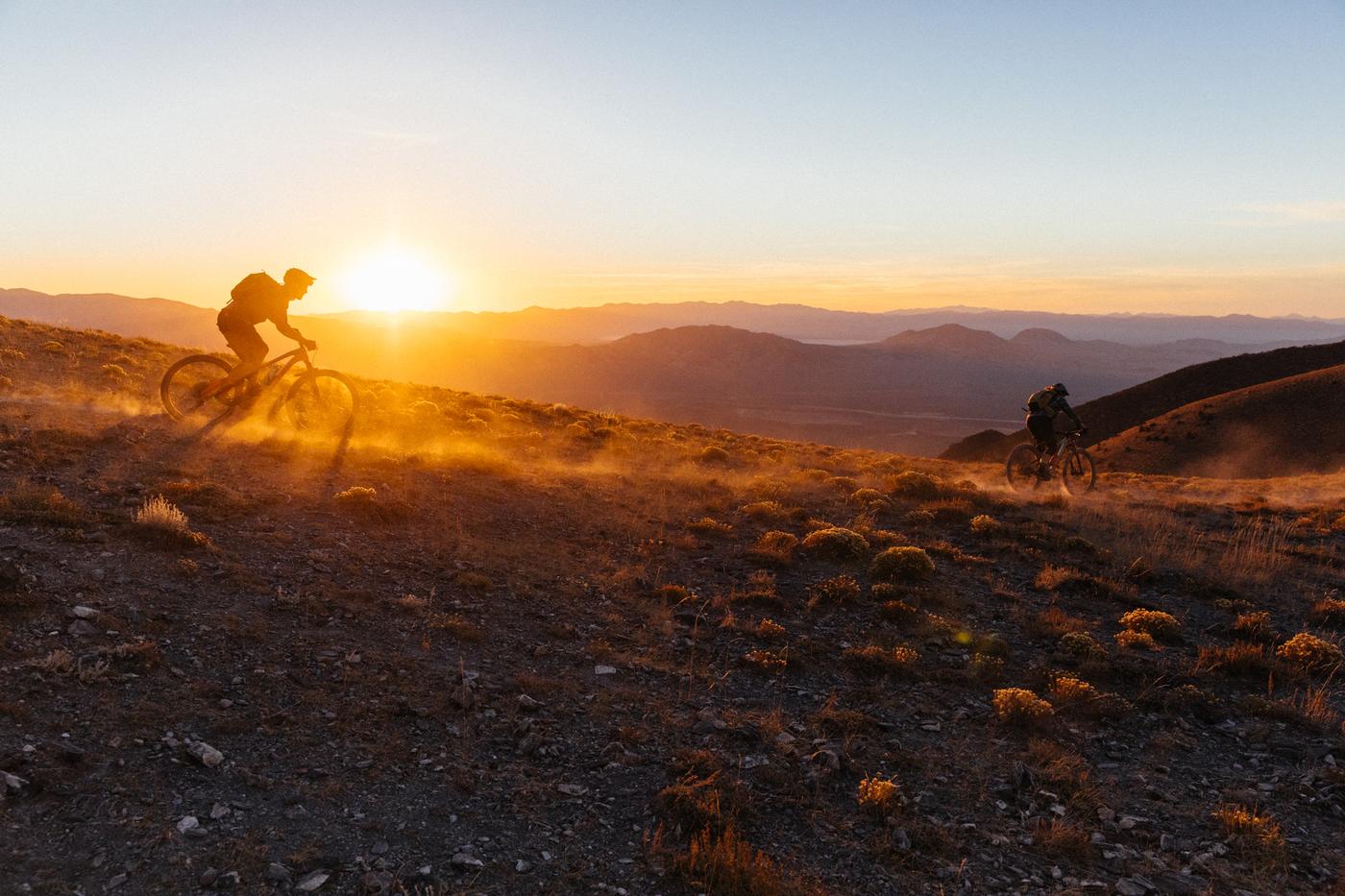 Experiences like this will forever be burned into my memory. Our group blasted down the mountain, while James Adamson and I struggled to document the fun. The Smokey Valley filled with golden light as the unique landscape was dressed in an evening gown I’ll never forget. After each turn into the shadows, we were certain our work would be done for the night. Then, we’d pop back into the sunlight and our shutter buttons would fire more.

Rolling back to Kingston in darkness, we were greeted by Candace who had prepared burgers and beverages. Needless to say, we all slept quite well that night. 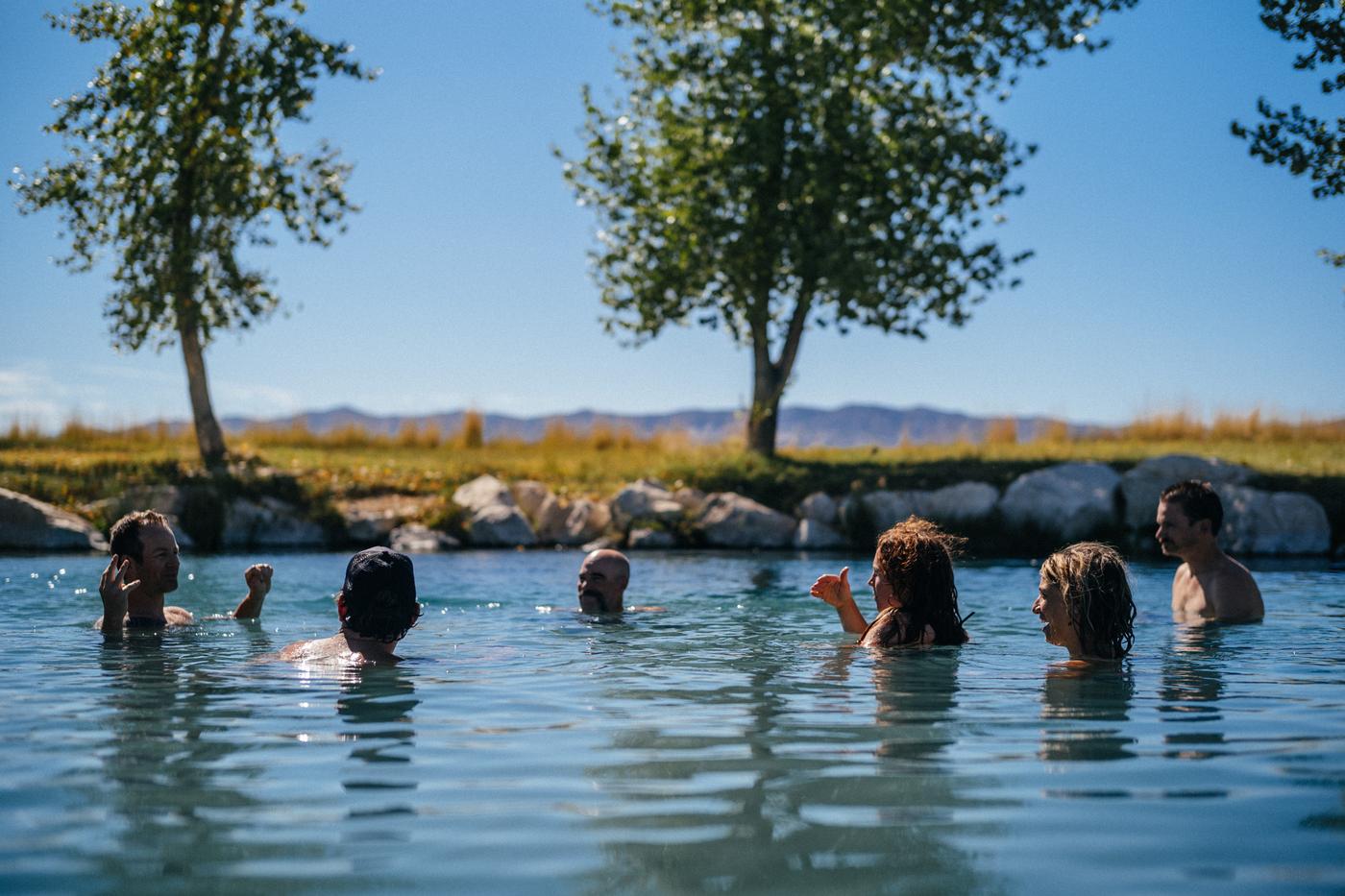 On the Road Again

Reluctantly, we loaded up our 15 passenger van and headed East on Highway 50, stopping in Eureka, Nevada for lunch, and a beautiful hot spring to soak in the afternoon light. We were all in awe of what we had experienced the day before and looked forward to our next stop of Ely, Nevada…

Check out the TCT route at Strava. It looks confusing but once you’re there, it’ll make sense. I’d recommend having a guide, however. So if you’d like a similar experience this fall, contact the Miles End Lodge and tell them you saw it here!