Feeling a bit sleepy, I refueled with a cold brew from Treeline

We interrupt what would be more bike galleries from the Builder’s Camp in Bozeman, with an interjection of stoke. Stoke for the ride we did last night and the community at large, with emphasis on that word, large.

Every Tuesday night in Bozeman – during the warmer months – Alter Cycles throws an event they call the Supper Club Shred. It’s an open invite, all-are-welcomed ride, which ping-pongs around the various trails surrounding this quaint lil’ mountain town. Since meeting Mason and Steve from Alter, I’ve been following them on Instagram, checking out the local scene through their lenses and I must say, the internet doesn’t do it justice.

For one, the riding community here is as superb as the riding. Last night, over 50 people showed up for the party ride up to Emerald Lake via one of the chillest and most stunning singletrack climbs we’ve taken on thus far. As a self-described desert rat, I don’t often find myself deep in forests, or lush thickets such as this. With this form of riding comes a summoning of throwback skills from learning to mountain bike in the hills and mountains of North Carolina. Steep, slick, rocks and roots await! I didn’t know what to expect as the riders began to roll into the shop. With already 20 people at the bike shop, we packed up our vehicles and headed up to the Emerald Lake trailhead, where to my surprise, a whole caravan of riders was awaiting our arrival. What followed was a party train up through the drainage, while the sun-kissed the towering mountains above. Taking this all in on the climb up was of the utmost importance, since this ride is an out-and-back, allowing me to preview the terrain for photo ops before descending back down. At the summit, we took a big group photo, kitted up with jackets and pads and began to boogie back down where a cooler full of sausages, veggies, and cold beverages awaited our return. One by one, people began unpacking their camp grills and furniture as conversation went on well into the night. 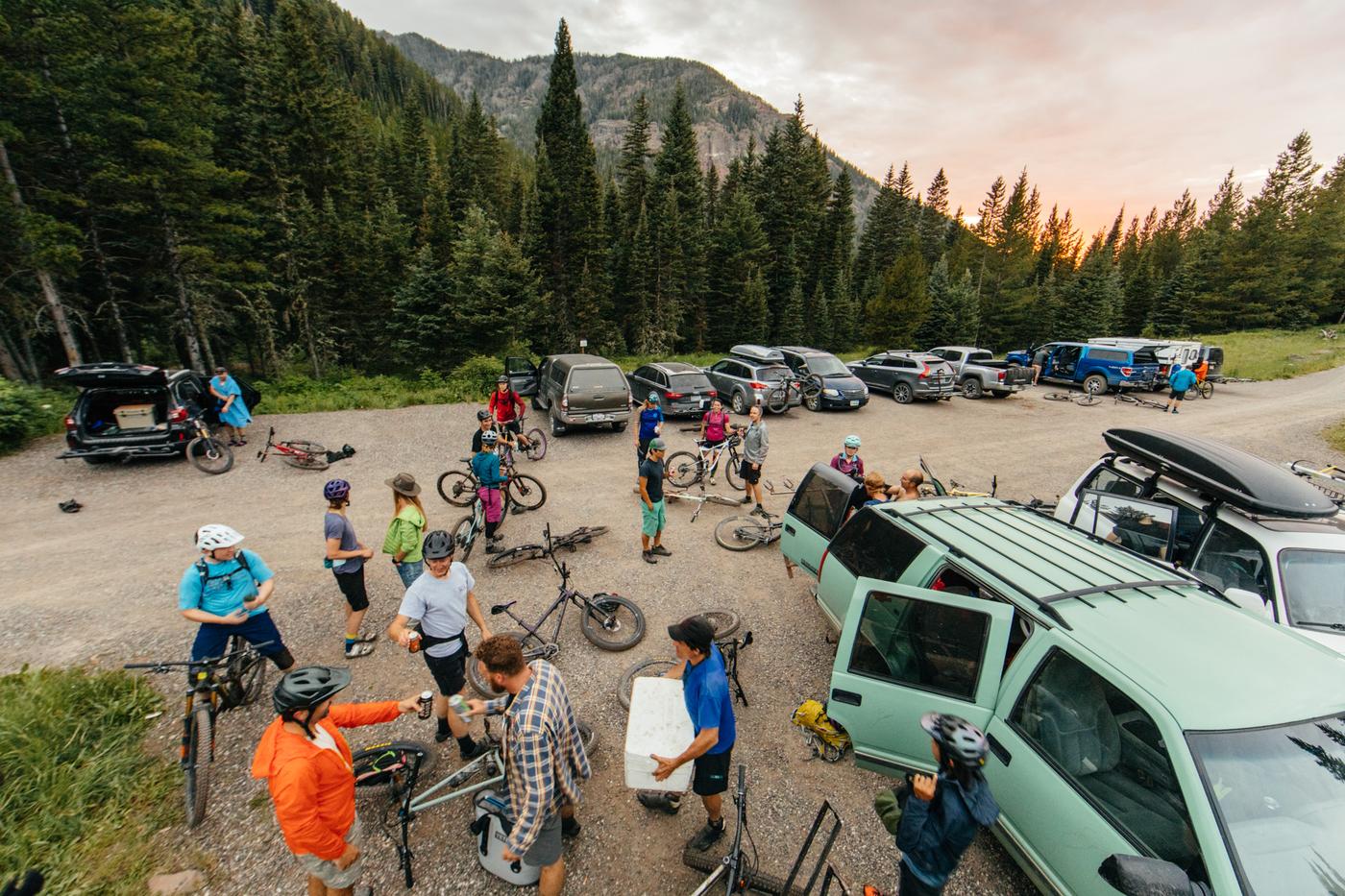 The whole experience was one that really resonated with me, even as I’m typing this the following morning, I’m trying to remember a more fun ride in recent memory. Aside from a few spills, we all had a great time. Hell, even the people who took a digger probably can’t complain!

If you find yourself in Bozeman, Montana with a mountain bike on a Tuesday, do not pass this up!

Check out the route at my Strava.