I remember this first time I had heard about Richard Sachs and his work.  I was 16,  flipping through some cycling magazines and a co-worker of mine at the time,  Em ( a much older and wiser person with over 30 years experience in the industry) told me to put them down and learn about Richard Sachs, stating that a Richard Sachs would be the only bike she could love. 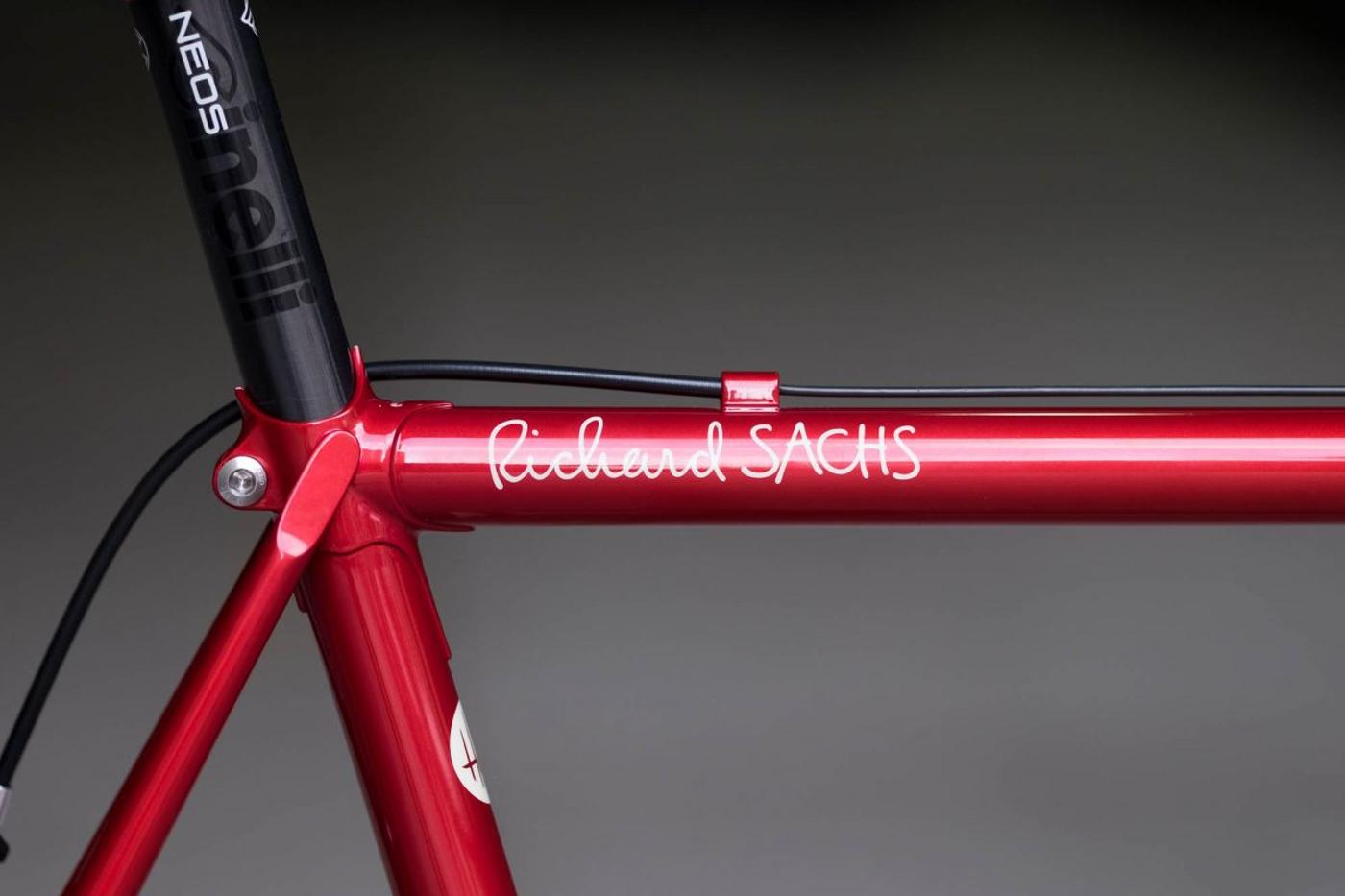 This romanticised bikes in a way for me and I began to appreciate bikes with a bit more panache than the mountain bikes I grew up riding.  Fast forward a few years, and I’ve seen many bikes,  but this candy red Richard Sachs caught my eye from across the PBE show floor.  From the symmetric headtube logo to the dropouts, to one of the most beautiful seat-tube clusters.  I am blown away by just how beautiful each detail is up close.  The bike as a whole is a work of art and elegance, from a builder that we are lucky enough to experience in this lifetime. ATMO